The largest country in Europe, already suffering under a wave of Covid-19-related deaths, may have under-reported mortality from the disease by half a million people with three times as many people now thought to have died.

Figures on deaths from Russia vary but the country's official coronavirus task force has stated that just over 242,000 people have perished since the pandemic began.

That makes its fatality rate the world's fourth-highest behind the US, Brazil and India.

However, an analysis by the Financial Times has concluded far more people may have been felled by Covid in the vast country.

It found as many as 753,000 Russians have succumbed to the virus. That could push it ahead of the US and see it become the country with the worst death toll globally.

Russia's woes are not by accident. While the nation approved the world's first-ever vaccine for Covid, widespread distrust of the jab and the government, in general, means its vaccination rate is dire. Just one-third of the country's 145 million people are fully vaccinated meaning Delta has been able to run rife. 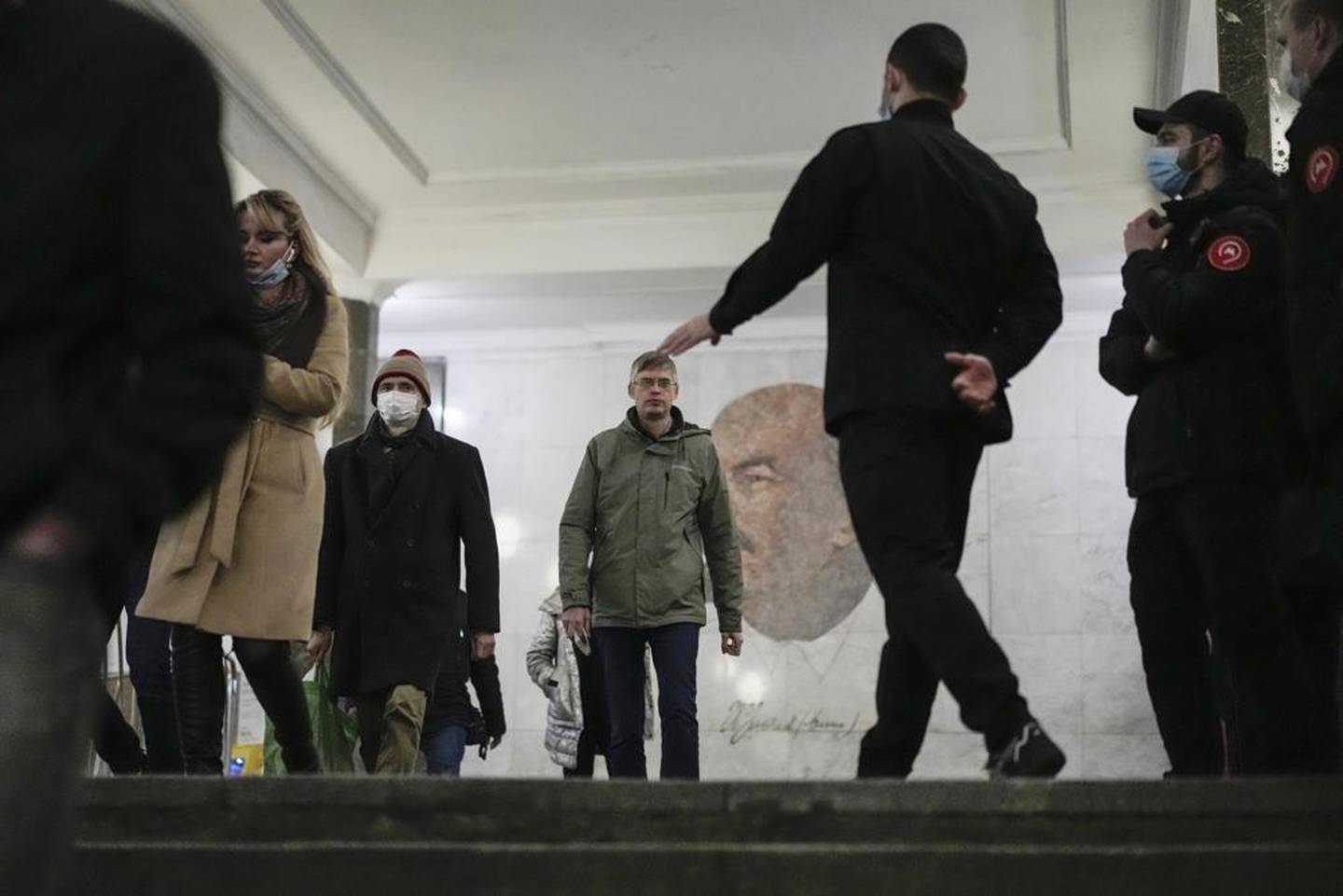 Moscow's metro security personnel, right, stops a passenger without a protective mask, with a portrait of Soviet founder Vladimir Lenin in the background, in Moscow. Photo / AP

The county's official figure of almost 250,000 deaths comes from data sent in each day by hospitals across Russia. If Covid is on the death certificate the coronavirus task force in Moscow adds it to the daily figures.

There is another death figure which is compiled by Rosstat – the nation's statistics agency and the equivalent of Australia's ABS.

Rosstat's figures also take into account follow-up examinations from other sources. That takes the total number of Covid deaths up to more than 460,000.

Yet even that number is far below the estimated 753,000 from the FT. People wait to get a shot of the Sputnik vaccine at a vaccination centre at a shopping mall in St. Petersburg, Russia, Monday, Oct. 25. Photo / AP

The difference between the number of deaths that would be expected and those that eventuated is an indicator of the true Covid death figure.

Some countries have actually seen a reduction in expected deaths over certain periods of the pandemic as an unexpected side effect of Covid measures. For instance, fewer flu deaths and car accident fatalities have, in some instances, offset Covid deaths.

But that's not the experience in Russia.

"The population act as if it has no idea or it doesn't care anymore, while people have started dying like flies," independent demographer Alexey Raksha, who says he was fired from Rosstat for criticising its Covid data collection, told the FT.

A week ago Moscow entered a lockdown to battle soaring Covid-19 cases.

Bars and restaurants can only serve takeaway, non-essential shops are closed, residents have been told to work from home and schools are closed.

The seven day average of new cases in Russia is almost 40,000 and rising steeply. That number is similar to the UK where cases have begun to fall once more.

But the difference is the number of people dying. Deaths in Britain are running at about 150 a day. In Russia it is 1130 – nearly eight times as much.