A Los Angeles jury convicted Robert Durst on Friday (local time) of murdering his best friend 20 years ago, a case that took on new life after the New York real estate heir participated in a documentary that connected him to the slaying that was linked to his wife's 1982 disappearance.

Durst, 78, was not in court for the verdict from the jury that deliberated about seven hours over three days. He was in isolation at a jail because he was exposed to someone with coronavirus.

Durst, who faces a mandatory term of life in prison without parole when sentenced on October 18, was convicted of the first-degree murder of Susan Berman. She was shot at point-blank range in the back of the head in her Los Angeles home in December 2000 as she was prepared to tell police how she helped cover up his wife's killing.

Berman, the daughter of a Las Vegas mobster, was Durst's longtime confidante who told friends she provided a phony alibi for him after his wife vanished.

Prosecutors painted a portrait of a rich narcissist who didn't think the laws applied to him and ruthlessly disposed of people who stood in his way. They interlaced evidence of Berman's killing with Kathie Durst's suspected death and the 2001 killing of a tenant in a Texas flophouse where Robert Durst holed up while on the run from New York authorities. 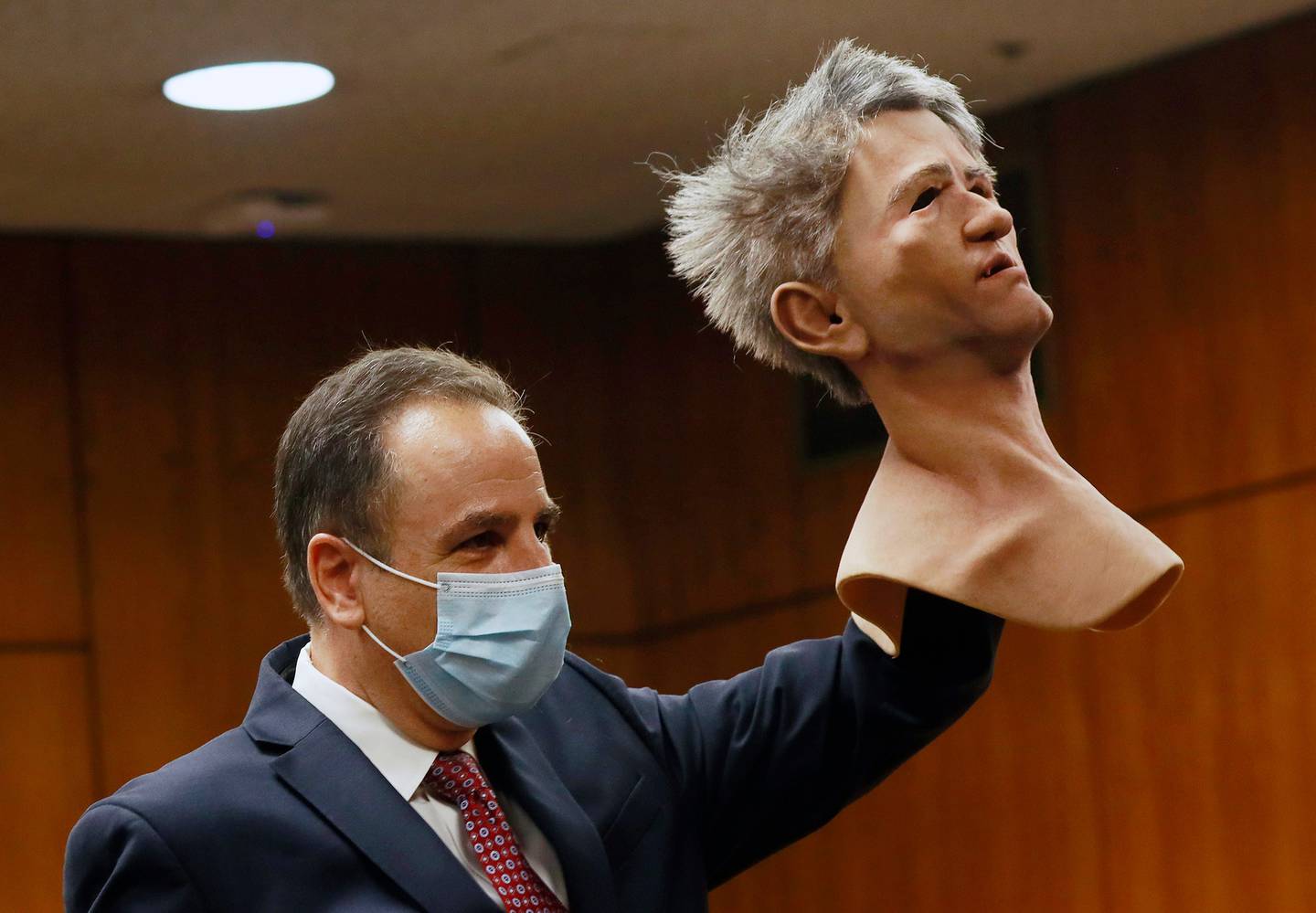 Durst was arrested in 2015 while hiding out in a New Orleans hotel on the eve of the airing of the final episode of "The Jinx: The Life and Deaths of Robert Durst", in which he was confronted with incriminating evidence and made what prosecutors said was a confession.

Durst could be heard muttering to himself on a live microphone in a bathroom: "There it is. You're caught."

Durst's decision to testify in his own defence — hoping for a repeat of his acquittal in the Texas killing — backfired as he was forced to admit lying under oath, made damning admissions and had his credibility destroyed when questioned by the prosecutor.

Defence lawyer David Chesnoff said on Friday they believed there was "substantial reasonable doubt" and were disappointed in the verdict. He said Durst would pursue all avenues of appeal.

The conviction marks a victory for authorities who have sought to put Durst behind bars for murder in three states. Durst was never charged in the disappearance of his wife, who has never been found, and he was acquitted of murder in Galveston, Texas, where he admitted dismembering the victim's body and tossing it out to sea.

The story of Durst, the estranged scion of a New York real estate developer, has been fodder for New York tabloids since his wife vanished. He provided plot twists so numerous that Hollywood couldn't resist making a feature film about his life that eventually led to the documentary and discovery of new evidence in Berman's slaying.

Durst ran from the law multiple times, disguised as a mute woman in Texas and staying under an alias at a New Orleans hotel with a shoulders-to-head latex mask for a presumed getaway. He jumped bail in Texas and was arrested after shoplifting a chicken sandwich in Pennsylvania, despite having $37,000 in cash — along with two handguns — in his rental car. 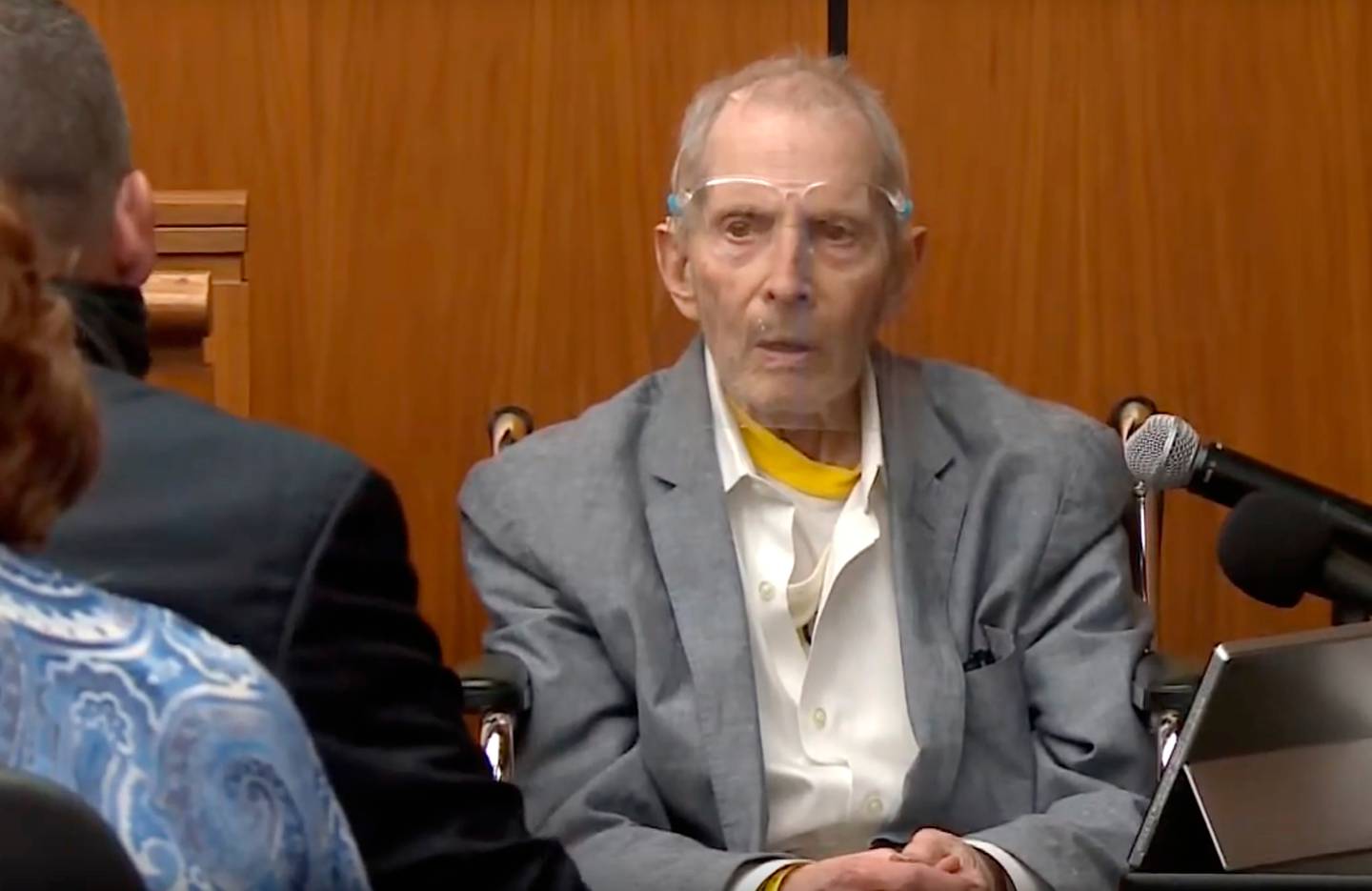 He later quipped that he was "the worst fugitive the world has ever met".

Durst escaped close scrutiny from investigators when his wife disappeared. But his troubles resurfaced in late 2000 when New York authorities reopened the case.

His lawyer told him to be prepared to be charged in the case, and he fled a life of luxury to Galveston, Texas, where he rented a cheap apartment as "Dorothy Ciner", a woman he pretended couldn't speak. He eventually dropped the disguise after mishaps that included walking into a men's restroom and igniting his wig at a bar while lighting a cigarette.

Just before Christmas, he testified that he travelled to LA to visit Berman for a "staycation" with plans to see some of the tourist sites.

Durst, who had long denied ever being in LA at the time of Berman's death, testified at trial that he found her dead on a bedroom floor when he arrived.

Berman, a writer who had been friends with Durst since they were students at the University of California, Los Angeles, had serious financial problems at the time. Durst had given her $50,000, and prosecutors suggested she was trying to leverage more money from him by telling him she was going to speak with the cops.

Nine months after her death, Durst killed his Galveston neighbour Morris Black, in what he said was either an accident or self-defence. Durst said he found Black, who he had become friends with, in his apartment holding Durst's .22-calibre pistol.

Durst was acquitted after testifying the 71-year-old was killed in a struggle for the gun. Durst then chopped up Black's body and tossed it out to sea. He was convicted of destroying evidence for discarding the body parts. 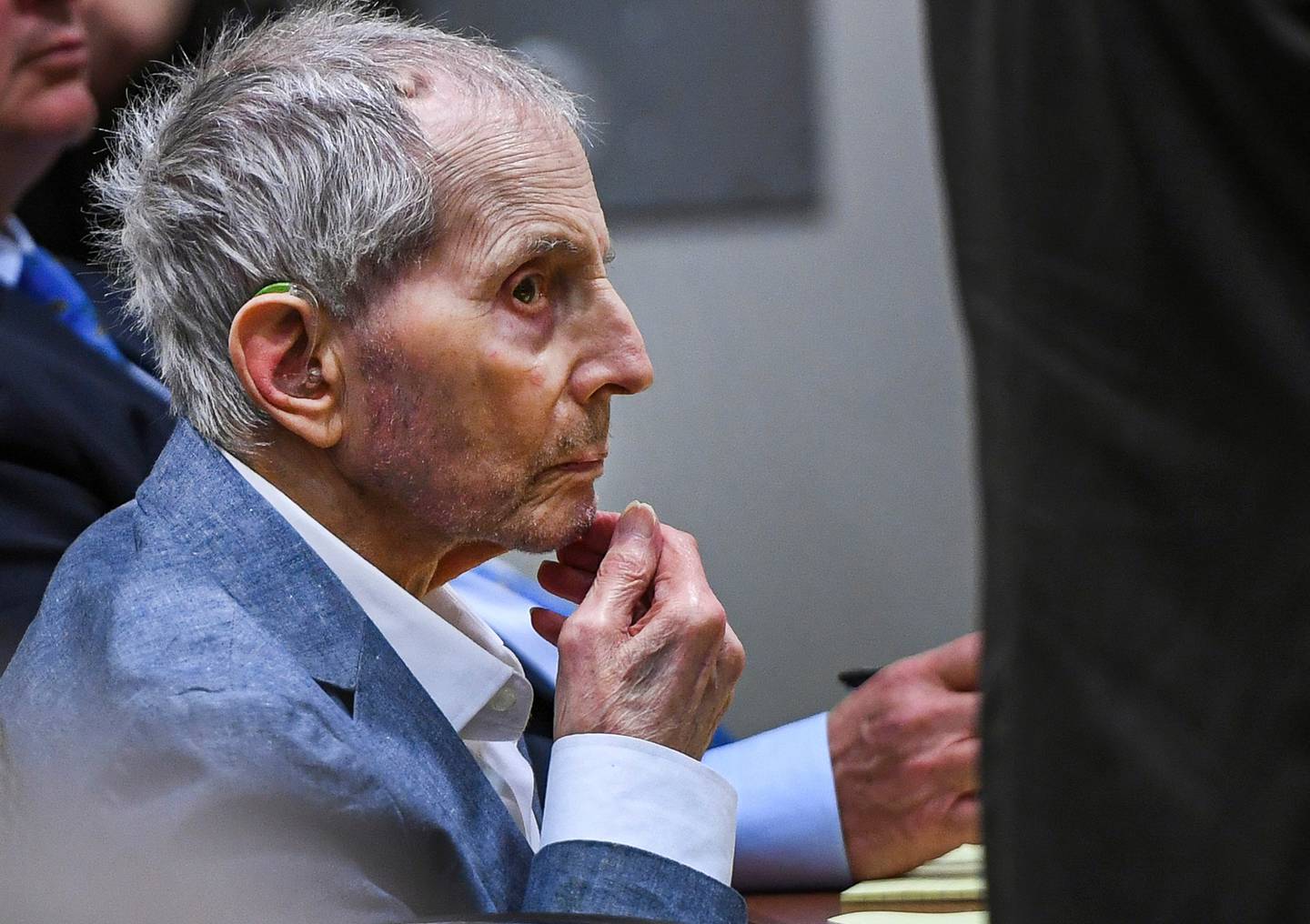 After the trial and the ghastly evidence of the dismemberment, Durst found he was a pariah, he said. Despite an estimated $100 million fortune, he was turned away by multiple condominium associations and said the Los Angeles County Museum of Art wouldn't take his money unless he donated anonymously.

Durst thought a 2010 feature film based on his life, "All Good Things", starring Ryan Gosling as him and Kirsten Dunst as Kathie, had been largely accurate and painted a sympathetic portrait, despite implicating him in three killings. He only objected that he was depicted killing his dog — something he would never do.

He reached out to the filmmaker and agreed to sit for lengthy interviews for a documentary. He encouraged his friends to do the same and gave the filmmakers access to boxes of his records.

He came to deeply regret his decision after "The Jinx" aired on HBO in 2015, calling it a "very, very, very big mistake".

The documentary filmmakers discovered a crucial piece of evidence that connected him to an anonymous note sent to police directing them to Berman's lifeless body.

Durst, who was so confident he couldn't be connected to the note, told filmmakers "only the killer could have written" the note.

Filmmakers confronted him with a letter he sent Berman a year earlier. The handwriting was identical and Beverly Hills was misspelled as "Beverley" on both. He couldn't tell the two apart.

The gotcha moment provided the climax of the movie as Durst stepped off camera and muttered to himself on a live microphone in the bathroom: "Killed them all, of course."

During 14 days of testimony that was so punishing Judge Mark Windham called it "devastating", Durst denied killing his wife and Berman, though he said he would lie if he did.

He tried to explain away the note and what prosecutors said was a confession during an unguarded moment.

For the first time, Durst admitted on the witness stand that he sent the note and had been in Los Angeles at the time of Berman's death.

Durst said he sent the note because he wanted Berman to be found but didn't want anyone to know he had been there because it would look suspicious.

He acknowledged that even he had difficulty imagining he could have written the note without killing Berman.

"It's very difficult to believe, to accept, that I wrote the letter and did not kill Susan Berman," Durst testified.

A prosecutor said it was one of the truest things Durst said amid a ton of lies.