Brazilian bank robbers armed with explosives and high-powered rifles plunged a city in Sao Paulo state's interior into terror early Monday, taking civilians hostage and even putting some on their cars while making their escape.

Video shared on social media showed a booming shootout and men dressed in black marching hostages down a street in Aracatuba, 520 kilometres from Sao Paulo and home to almost 200,000 people.

After ransacking two bank branches, the criminals drove away with hostages clinging to the roofs of their cars and hoods to deter police from firing at the getaway convoy. Another hostage stood with his torso protruding from an SUV's sunroof and his hands held in the air. Hostages are seen strapped to the roof of a car as they are used as human shields. Photo / Twitter/yurimacri 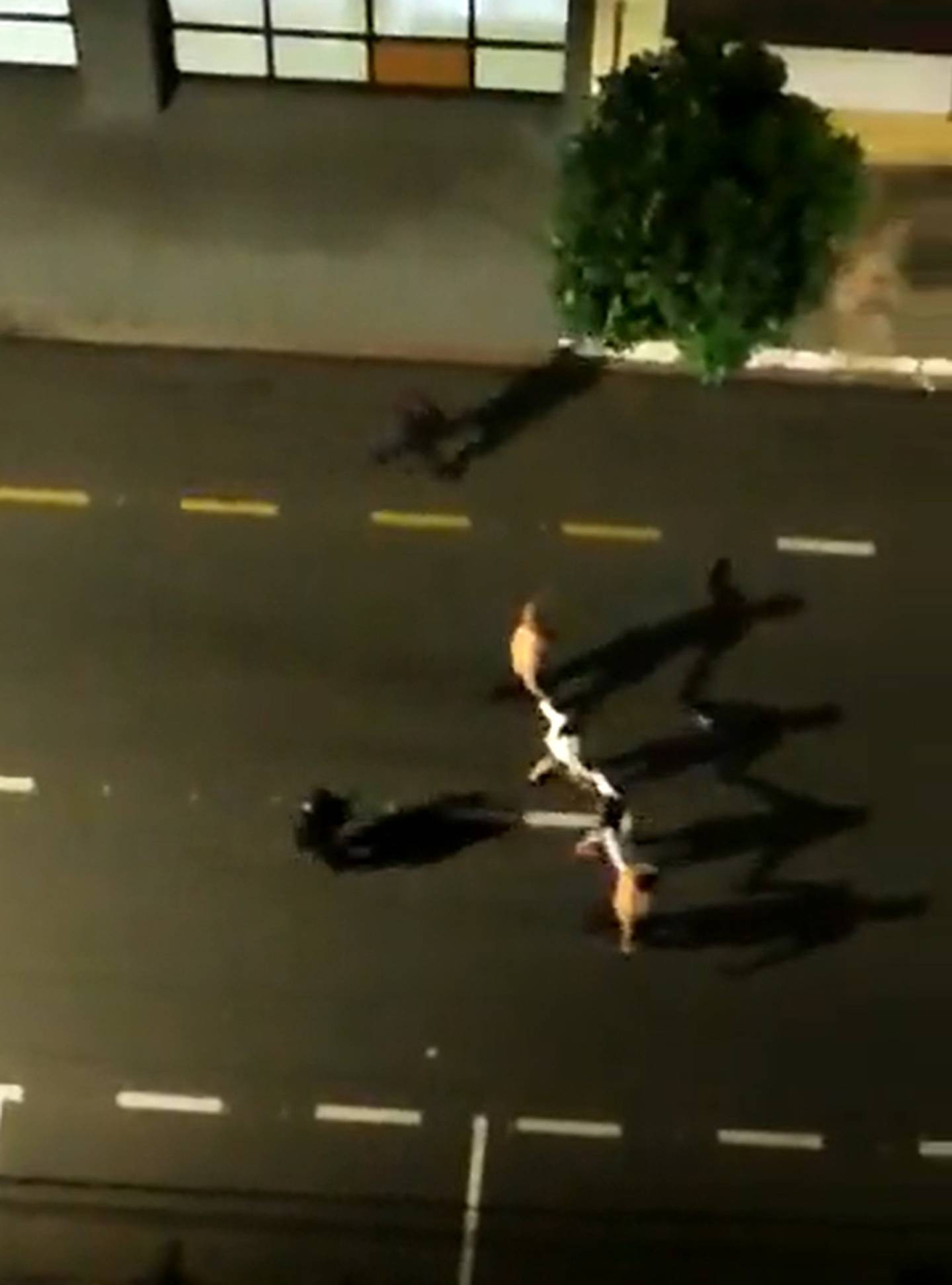 Hostages are marched down the street at gunpoint. Photo / Twitter/@reporterenato

At least three people were killed in the clash, two of whom were civilians, authorities said in a morning press conference.

One was a local businessman who went to the location to film the attack and the other a delivery boy, per preliminary information. The third person killed was a suspect, found in his car. Six others were injured.

Large-scale bank heists have become more frequent in recent years, with hostages used as human shields. In July last year, a group of criminals stormed Botucatu in Sao Paulo state, and, over two days in December, two cities on opposite sides of the country. Aracatuba was itself the site of a similar attack, in 2017.

The coordinated robbery on Monday involved dozens of criminals and at least 10 cars. They burned vehicles in strategic locations to impede police response, and reportedly used a drone to monitor officers' movements. 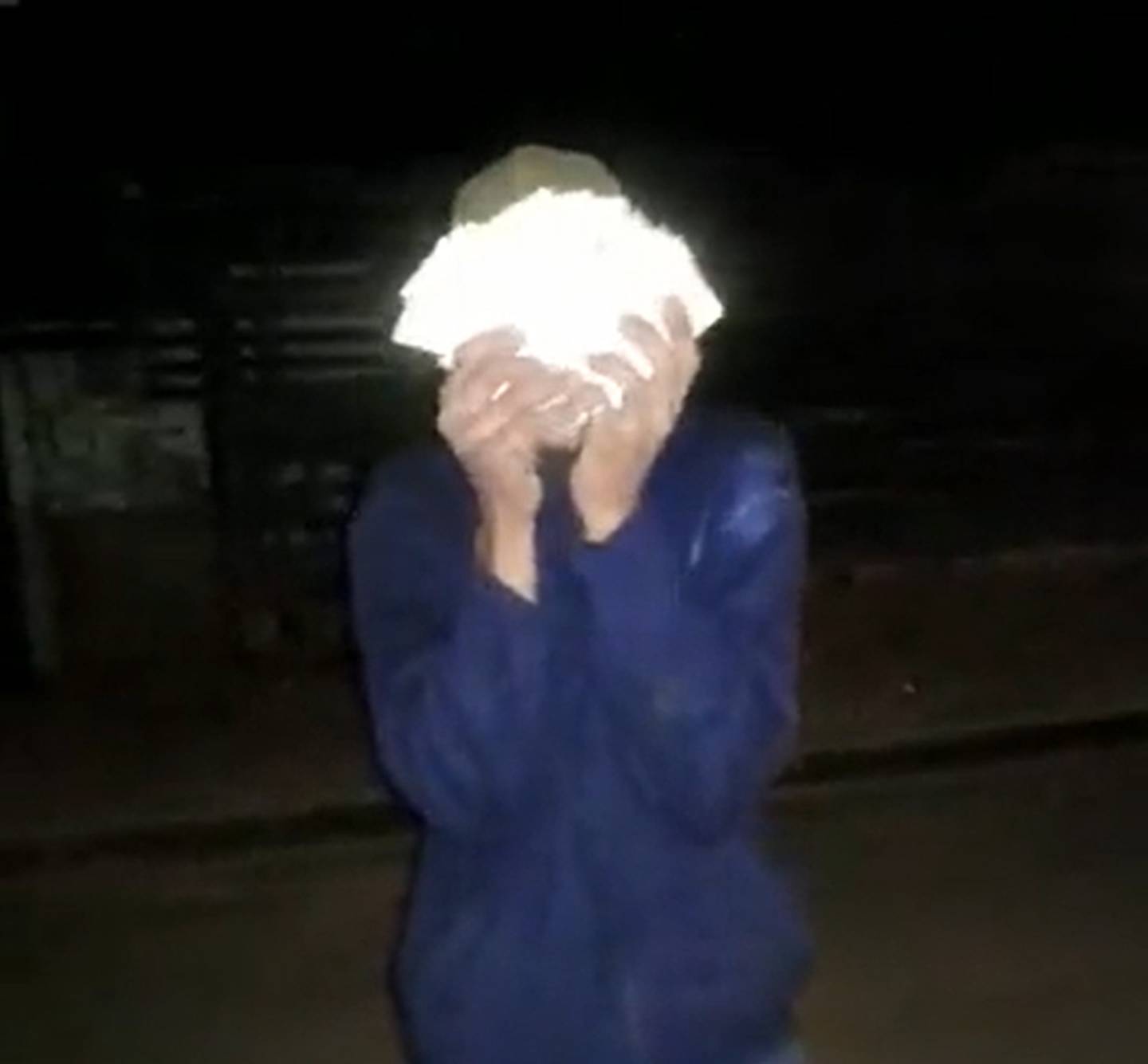 A resident poses with some stolen cash dropped by the robbers. Photo / Twitter/@yurimacri

"Aracatuba was shaken by highly dangerous criminals who fired thousands of shots," Colonel Rodrigo Arena, the police commander in the region, told reporters.

Arena said that three suspects had been arrested and Federal Police are taking over investigations, he added. Sao Paulo's public security secretariat said in a statement that 380 police officers were trying to locate the escaped criminals.

Aracatuba's mayor, Dilador Borges, said earlier Monday morning that authorities believe undetonated explosives remain in some areas of the city centre and called on residents to remain in their homes. One of the improvised explosive devices left by the roadside. Photo / Twitter/@reporterenato

Local media reported that branches belonging to state banks Caixa Federal and Banco do Brasil were the ones targeted.

In a response to a request for comment, Caixa said it only provides information about crimes to police. Banco do Brasil said it is collaborating with authorities, and that it doesn't disclose the amount of money stolen in robberies.