Emails between Prince Andrew and close friend Ghislaine Maxwell uncovered in a BBC documentary have thrown doubt on his claims that he did not recall meeting his accuser Virginia Giuffre in 2001.

The BBC's Panorama aired a bombshell interview with the former "sex slave" who alleges she was trafficked by convicted paedophile Jeffrey Epstein and made to have sex with Prince Andrew three times in 2001 and 2002 when she was 17 years old.

Giuffre, then known as Virginia Roberts, first made the claims she had sex with Prince Andrew in 2015.

The new Panorama interview contained explicit details of the night Giuffre alleges she was made to have sex with Prince Andrew, in March 2001, including claims that "it didn't last very long, the whole entire procedure". "It was disgusting. He wasn't mean or anything … He just got up and walked out," she said.

Prince Andrew has said he has no recollection of meeting Giuffre, denied having sex with her and has suggested a picture of them in a London townhouse is a fake.

However, an email between Prince Andrew and Maxwell in 2015 – aired on Panorama after being found buried in thousands of pages of legal documents – show the pair had discussed her at one point.

"Let me know when we can talk. Got some specific questions to ask you about Virginia Roberts," Prince Andrew wrote to Maxwell.

She replies: "Have some info – call me when you have a moment."

Panorama reported that three days later Maxwell sent Prince Andrew a "dossier of inconsistencies and inaccuracies in articles" about Roberts.

Panorama host Darragh McIntyre said the exchange showed Maxwell did not suggest via email the picture was faked, as friends of Prince Andrew's have later suggested.

In his Newsnight appearance, Prince Andrew had strongly denied having any recollection of even meeting Roberts.

"I don't remember meeting her at all. I do not remember the photograph being taken and I've said consistently and frequently that we never had any sexual contact whatever," he told presenter Emily Maitlis. 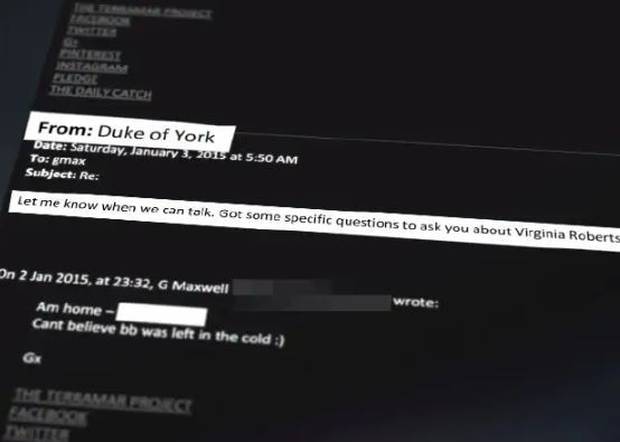 Asked if he had a message for the young woman in the photograph that has dogged the Duke for years, he said: "I don't have a message for her. I have to have a thick skin if somebody is going to make those allegations.

"I'm at a loss to explain this particular photograph."

Panorama also heard more about the role of Maxwell in helping to corral girls for Jeffrey Epstein.

Epstein accuser Sarah Ransome, 22, told the show: "Ghislaine controlled the girls. She was like the madam."

During a two-day visit to London in March 2001, Giuffre claimed to have been staying at the home of Maxwell, Epstein's girlfriend, where Maxwell was "badmouthing" Prince Andrew's ex-wife, Sarah Ferguson, and Epstein was "socially awkward" when Prince Andrew came around.

According to Giuffre, they then went to Tramp nightclub, where she danced with the royal, who was "the most hideous dancer I'd ever seen in my life".

"It was horrible, and this guy was sweating all over me, I mean his sweat … it was raining, basically, everywhere … and I was just grossed out from it," she said.

"But I knew I had to keep him happy because that's what Jeffrey (Epstein) and Ghislaine (Maxwell) would expect from me."

She also explained that it was in the car ride to Maxwell's London house that she was given the order to have sex with the Queen's son. 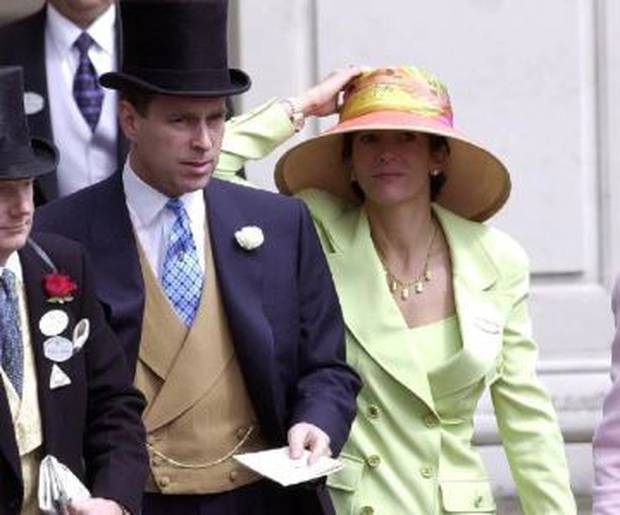 "In the car, Ghislaine tells me that I have to do for Andrew what I do for Jeffrey — and that just made me sick," she told the BBC.

Giuffre explained that her sexual encounter with Prince Andrew began in the bath and then moved to another part of the house.

"It didn't last very long, the whole entire procedure. It was disgusting … He wasn't mean or anything, but he got up and he said 'thanks' and walked out," she said.

"And I sat there in bed just horrified and ashamed and felt dirty and had to get up and have a shower. The next day Ghislaine [Maxwell] tells me 'you've done a really good job' she pats me on the back and said 'you've made him really happy'."

It was at this point in the interview that Giuffre broke down.

"It was a wicked time in my life, it was a really scary time. I had just been abused by a member of a royal family — so when you talk about these chains, yeah, I wasn't chained to the sink, but these powerful people were my chains. I didn't know what could happen. Prince Andrew and Jeffrey Epstein (top right), along with Ghislaine Maxwell were all pictured attending the event together. Photo / Getty Images

"I couldn't comprehend how in the highest levels of the government, powerful people were allowing this to happen. Not only allowing it to happen but participating in it."

Prince Andrew declined to answer detailed questions from the BBC, but did provide a statement.

"The Duke of York unequivocally regrets his ill-judged association with Jeffrey Epstein. Epstein's suicide left many unanswered questions, particularly for his victims," the statement said.

"The duke deeply sympathises with those affected who want some form of closure.

"It is his hope that, in time, they will be able to rebuild their lives. The duke is willing to help any appropriate law enforcement agency with their investigations, if required."