The Duke of York has suggested that Virginia Roberts Giuffre is suffering from "false memories" in her claims that he sexually abused her and wants to question her psychologist as a witnesses, court documents have revealed.

His lawyers have asked to interview Dr Judith Lightfoot about Ms Giuffre's claims to have suffered "severe emotional distress and psychological harm" as a result of the Duke's alleged conduct.

They also want to question her husband Robert Giuffre under oath about her "alleged childhood trauma and abuse," her relationship with the late financier Jeffrey Epstein and Ghislaine Maxwell, and any communication she has had with him about the civil case she is bringing against Prince Andrew.

The Duke's lawyers state in court documents that he vehemently denies Ms Giuffre's claims that he sexually assaulted her and sexually abused another victim in front of her.

In the first detailed indication of the strategy he will use to confront Ms Giuffre's allegations the Duke has laid out a series of claims of his own, each with the potential to severely damage her testimony and credibility. 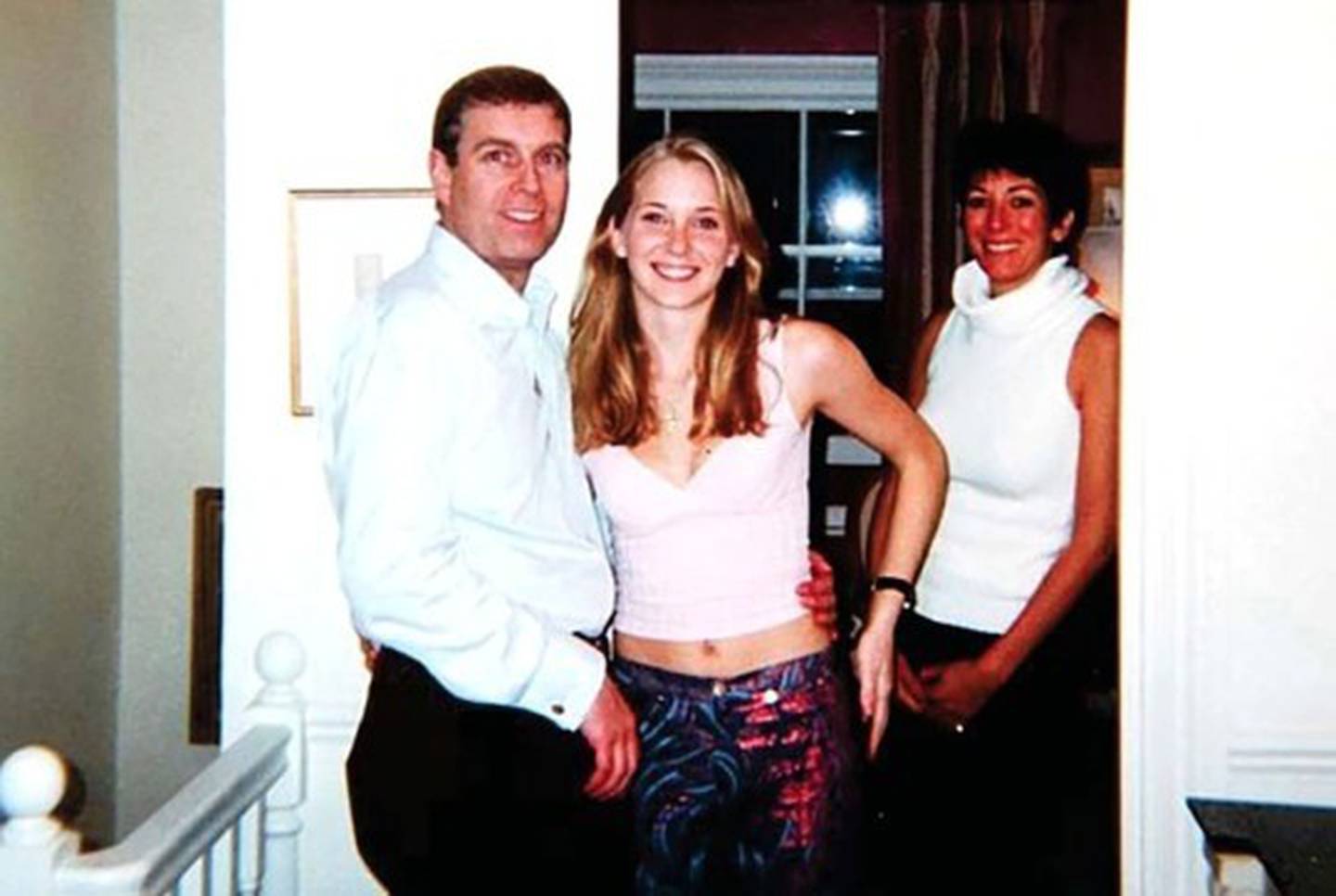 A US court is set to hear the case later this year, unless Ms Giuffre accepts any offer of a multi-million pound pay-off the Duke might make to settle the case out of court, in order to avoid further damaging the reputation of the monarchy.

Documents lodged with the New York court by his lawyer Melissa Lerner on Friday accuse Ms Giuffre of helping to recruit under-age girls to have sex with Epstein, the Duke's former friend.

The documents argue that Ms Giuffre, who claims she was forced to have sex with the Duke on three separate occasions in 2001, when she was 17, "may suffer from false memories".

The Duke also claims that any trauma Ms Giuffre suffered at Epstein's hands has been compounded by her own decision to speak openly about her past.

Sarah, Duchess of York, stands by her former husband

The move came as the Duke was photographed with his former wife, Sarah, Duchess of York, in his Range Rover driving from their residence in the grounds of Windsor Great Park on Saturday.

The Duchess's appearance by his side suggests she continues to stand by him in his battle to clear his name.

In a request for international judicial assistance the Duke's lawyers state that they need to interview Dr Lightfoot, who is based in Australia, in order to test the truth of Ms Giuffre's claims to have been under threat of harm from Epstein and Maxwell and to have suffered "alleged severe emotional distress".

They also want to question Dr Lightfoot about the connection between any harm she may have suffered and the alleged conduct of the Duke.

His lawyers state that the Duke "contends that [Ms Giuffre] may suffer from false memories, as evidenced by the fact that her claims regarding her time with Epstein and the circumstances under which [Prince Andrew] allegedly assaulted her have repeatedly changed over the years".

As part of their request, the Duke's lawyers asked to see all of Dr Lightfoot's medical notes on Ms Giuffre, her prescriptions and invoices.

US District Judge Alison J. Nathan announced on Saturday that Maxwell will be sentenced for sex trafficking on June 28, despite her defence team seeking a new trial after a juror admitted after the verdict to suffering childhood sexual abuse.

The Duke alleges that Ms Giuffre's claims are "an effort to deflect from her own participation in Epstein's sex-trafficking scheme, including by recruiting young women (including at least one 14-year-old girl) to become sexual partners for Epstein".

Prince Andrew's lawyers state that Mr Giuffre met Virginia Roberts in Thailand in around 2002, "when she was attending a massage training course and recruiting one or more women to perform sexual acts for Jeffrey Epstein, who funded the trip."

They add: "Mr Giuffre has relevant information regarding [Virginia Giuffre's] domicile since 2002, her relationship with Epstein and Ghislaine Maxwell, [Giuffre's] role in recruiting underage girls for Epstein's alleged sex-trafficking scheme and [Giuffre's] allegations against [Prince Andrew]."

The strategy by the Duke's lawyers to implicate Ms Giuffre in Epstein's sordid activities, as well as questioning her memory of events and cast doubt over her claims of having suffered trauma, has its risks, leaving him open to claims of "victim blaming" from women's rights groups.

It follows requests by Ms Giuffre's legal team to seek depositions from two British witnesses: Robert Olney, the Duke's former equerry, and Shukri Walker, who claims to have seen the Duke at Tramp nightclub in Mayfair on March 10, 2001, the night he is alleged to have forced Ms Giuffre to have sex with him.

The Duke, who was stripped of his military titles and royal patronages last week in an effort to protect the Royal family from the fall out of the case, has claimed he was at home that evening after visiting a Pizza Express in Woking with his daughter Beatrice.