An investigation is under way after a disabled black man was dragged out of his car by his hair after repeatedly telling police he couldn't use his legs.

Clifford Owensby, a paraplegic, has accused the Ohio Police Department of racially profiling him and of brutality after he was pinned to the ground.

Footage of the incident shows the 39-year-old explaining to police he cannot "step out of the car" as he is a paraplegic.

The officer is seen telling Owensby he can help assist him out, but the 39-year-old responds by saying "I'm telling you, it's not an option."

Owensby then continutes: "You're not going to touch me. There will be a lawsuit if you put your hands on me for no reason."

Footage then shows the police officer responding: "You can cooperate and get out of the car or I can drag you out of the car, do you see your two options here?"

Instead of responding to the officer's suggestion, Owensby calls a friend for help.

Moments later, police are seen dragging him out the car by his hair as he screams "somebody help, I'm a paraplegic". 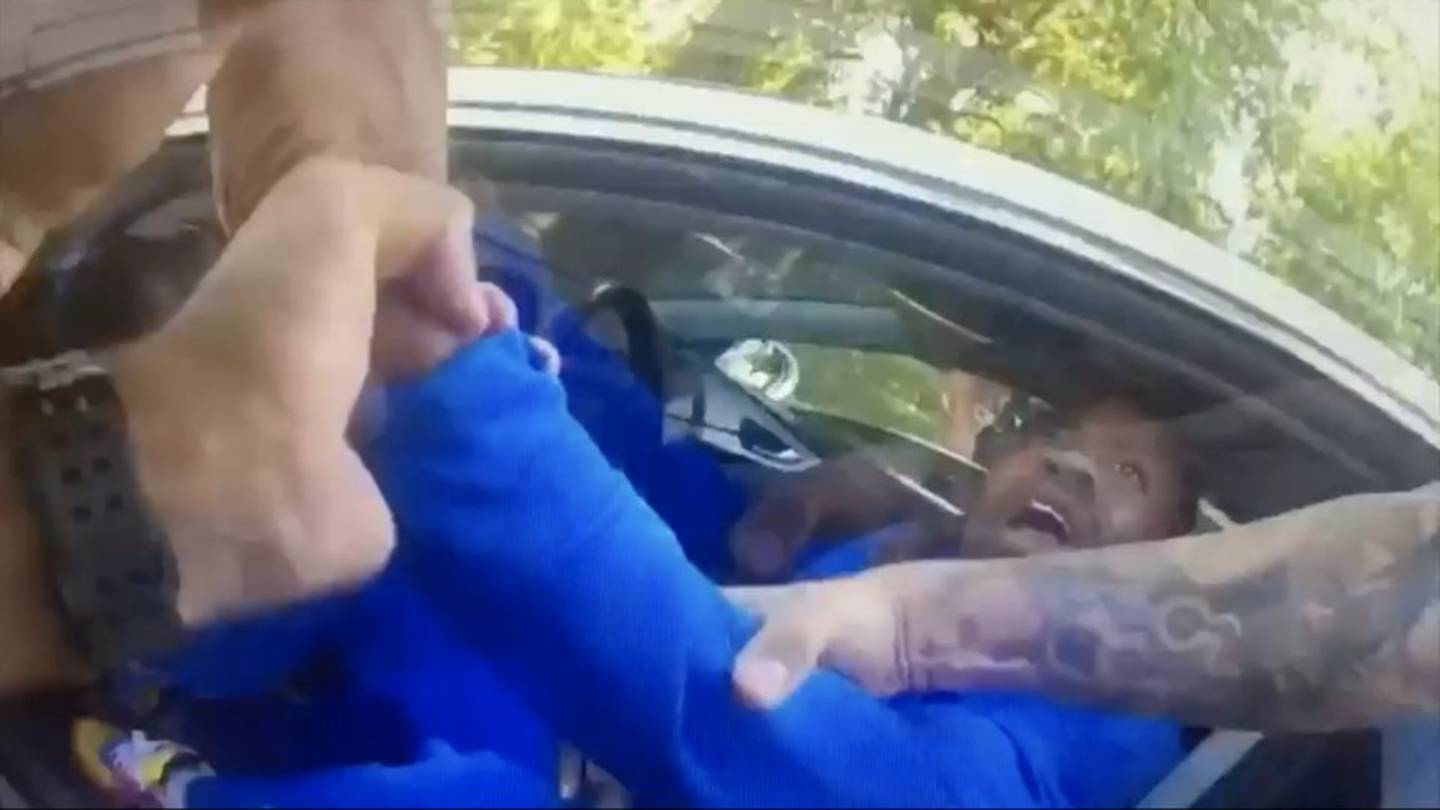 Police have now release bodycam footage of the incident and said they have been 'working to improve relations' since Black Lives Matter protests last summer. Photo / Dayton PD

He is then pinned to the ground and handcuffed before being taken to the police car.

He was arrested on suspicion of a drug offence on September 30.

Owensby has since filed a complaint against police to the NAACP civil rights group.

On Friday police, released bodycam footage of the incident saying the department had been working to improve "community and police relations" since June 2020.

In the statement, Dayton police said officers had been observing a "suspected drug house" and stopped Owensby after seeing him depart from the house in his car.

He was asked to hand over his identification, which police said revealed he had been convicted of illegally possessing guns and drugs.

The officer told him to get out of the car so it can be checked by a drug-sniffing dog.

Officers removed Owensby's 3-year-old son from the back of the car following the arrest.

Owensby's car was searched and police found a bag with US$22,450 inside.

Police sniffer dogs indicated the bag had been near illegal drugs, the police department said.

Owensby told reporters he was returning cable TV boxes to the cable company from a property he manages.

He said the money was savings, that no drugs or weapons were found in his vehicle, and he was not charged with any drug-related crime.

He was charged with resisting arrest.