The German paedophile suspected of abducting Madeleine McCann "repeatedly worked" at the holiday apartments in Portugal where the child vanished, documentary makers can reveal.

Christian Brueckner was said to have been employed by a company that carried out repairs at the Ocean Club in Praia da Luz shortly before the three-year-old British girl disappeared in 2007.

An anonymous but "reliable" witness has told reporters at German TV channel SAT.1 that the convicted sex attacker "repeatedly carried out repair work" at the apartments where Kate and Gerry McCann were staying with their children.

Producers of the show have handed police a file following "extensive research" in the Algarve resort.

In a statement to the media, the makers of 'SAT.1 investigativ: Neue Spuren im Fall Maddie' to be broadcast on Monday, said Brueckner was "very familiar" with the Ocean Club and the town where the McCanns stayed.

A spokesman for the channel said: "A reconstruction of the evening of the crime and extensive research in Portugal and Germany found that Christian B was very familiar with the Ocean Club area in Praia da Luz.

"Prior to Maddie's disappearance, he repeatedly carried out repair work at the place where the three-year-old disappeared in 2007."

"There are witnesses who might prefer to speak to the media than to us or the police. If this produces any ideas, we will of course follow these up."

The holiday complex could not be contacted last night for a response.

Brueckner, the 45-year-old sex offender, has also written letters in which he continues to insist he had no involvement in the three-year-old child's abduction. 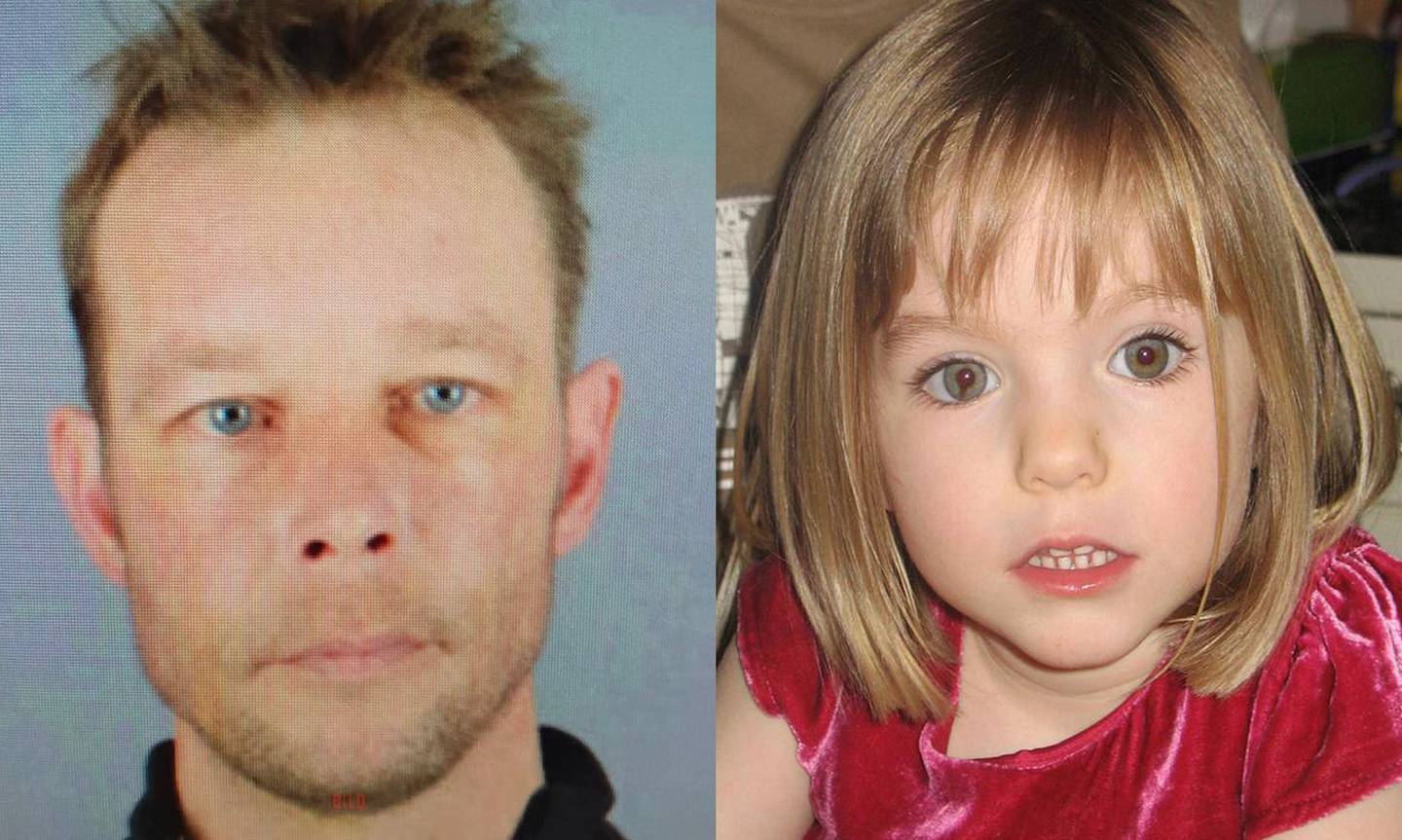 German paedophile Christian Brueckner is the prime suspect in the disappearance of Madeleine McCann.

Attack on a pensioner

He is in jail in his native Germany for raping a pensioner in 2005 in the resort.

He was living nearby in a camper van when Madeleine disappeared in 2007. Police first became aware of him as a suspect in 2017, but did not publicly name him until 2020.

That year, it emerged his Portuguese mobile phone received a half-hour phone call in Praia da Luz around an hour before Madeleine vanished.

But the TV crew claim "on-site analysis of phone records showed that Christian B and his cell phone must have been no more than five minutes away from the Ocean Club [apartments] on the night of the disappearance."

In a series of bizarre letters sent from his prison cell to the programme makers, Brueckner insisted he had no involvement in the girl's abduction, in part because he wanted to avoid attracting the police because he was operating as a drug dealer in the area.

"I was never caught [for drug dealing] by the police because I followed a few key principles.

"Where possible, only drive during the day so my battered 'hippy bus' didn't attract attention, only driving on roads I needed to and, most importantly, never provoking the police.

"So, that means not committing any crimes, certainly not abducting anyone.

"Having said that, this was just as absurd to me at the time as starting a nuclear war or slaughtering a chicken."

Back in 2020, prosecutors in Braunschweig, the city where Brueckner lived, said they believed Madeleine had been killed.

Asked by the documentary team about the German police belief that he was responsible for the British girl's abduction and murder, Brueckner wrote: "I see no reason to comment on the accusations made by the Braunschweig public prosecutor's office. In theory, I could sit back and relax and just wait for the findings."

Last year, the German newspaper Bild obtained letters from Brueckner in which he said the investigation into him was "scandalous", insisting prosecutors had "brought shame to the legal system."

Brueckner has been repeatedly convicted for horrific sex crimes against both children and adults.

He is believed to have arrived in Portugal in 1995 as a backpacker where he made money peddling drugs and carried out scores of burglaries in the area. He flitted regularly between Germany and Portugal.

In 2005, he subjected a 72-year-old American female tourist to a violent sexual attack in Praia Da Luz, just 18 months before Madeleine went missing from the apartment her family were staying in.

Brueckner was said to have told a friend he "knew all about" Madeleine's abduction as the men sat in a bar in Germany watching a television appeal broadcast on the 10-year anniversary of her disappearance. The paedophile was then said to have shown his friend a video on his phone of him raping a woman.

The following year, he was jailed for the rape of the American tourist after DNA identified him as the attacker.

The documentary programme will be broadcast on SAT.1 and Joyn on Monday at 7.15pm (GMT).