Oklahoma's Republican Governor Kevin Stitt signed a Texas-style abortion ban that prohibits abortions after about six weeks of pregnancy, part of a nationwide push in GOP-led states hopeful that the conservative US Supreme Court will uphold new restrictions.

"I want Oklahoma to be the most pro-life state in the country," Stitt tweeted after signing the bill.

Stitt's signing of the bill comes on the heels of a leaked draft opinion from the nation's high court that it is considering weakening or overturning the landmark Roe v Wade decision that legalised abortion nearly 50 years ago.

The bill Stitt signed takes effect immediately with his signature, and the Oklahoma Supreme Court on Tuesday (local time) denied an emergency request to temporarily halt the bill. Abortion providers say now that the new law is in effect, they will immediately stop providing services for women after six weeks of pregnancy. 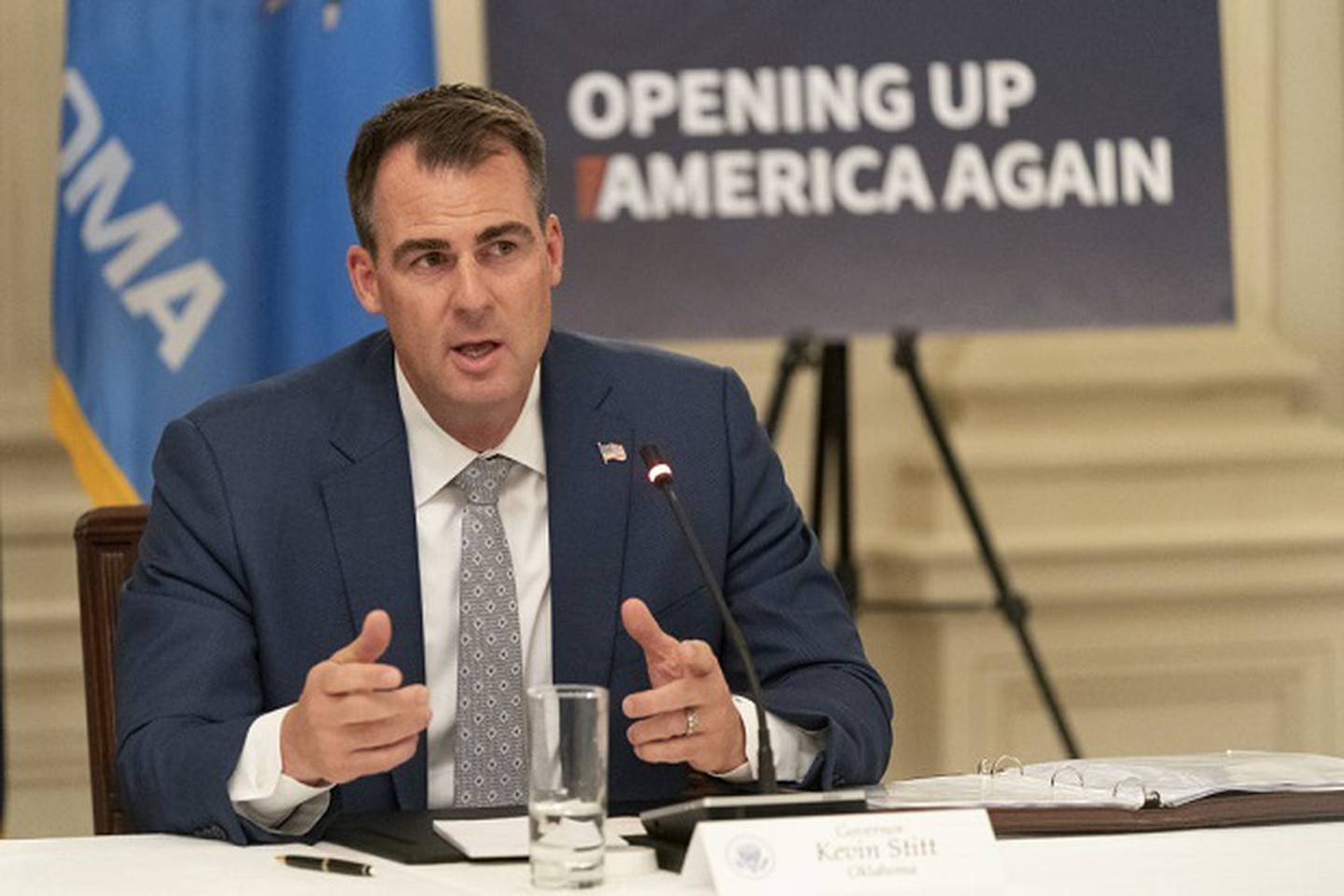 Kevin Stitt, governor of Oklahoma, speaks during a meeting with US President Donald Trump. Photo / AP

"While the law is in effect, which it now is because the governor signed it, abortion services after six weeks will be largely unavailable," said Rabia Muqaddam, a staff attorney for the New York-based Centre for Reproductive Rights, which is representing Oklahoma abortion providers in the case.

"It's a short-term loss, but we're hopeful that the Oklahoma Supreme Court will still grant us relief."

The new law prohibits abortions once cardiac activity can be detected in an embryo, which experts say is roughly six weeks into a pregnancy before many women know they are pregnant. A similar bill approved in Texas last year led to a dramatic reduction in the number of abortions performed in that state, with many women going to Oklahoma and other surrounding states for the procedure.

Dr Iman Alsaden, the medical director of Planned Parenthood Great Plains, said Texas' law that took effect in September has given their employees an idea of what a post-Roe country might look like.

"Since that day, my colleagues and I have regularly treated patients who are fleeing their communities to seek care," Alsaden said.

"They're taking time off of work, taking time out of school and taking time away from their family responsibilities to get the care that until September 2021 they were able to get safely and readily in their communities."

The bill authorises abortions if performed as the result of a medical emergency, but there are no exceptions if the pregnancy is the result of rape or incest. US President Donald Trump and Kevin Stitt, governor of Oklahoma, laugh during a meeting with governors in the State Dining Room of the White House in Washington. Photo / AP

Like the Texas law, the Oklahoma bill would allow private citizens to sue abortion providers or anyone who helps a woman obtain an abortion for up to US$10,000 ($15,500). After the US Supreme Court allowed that mechanism to remain in place, other Republican-led states sought to copy Texas' ban. Idaho's governor signed the first copycat measure in March, although it has been temporarily blocked by the state's Supreme Court.

Stitt earlier this year signed a bill to make performing an abortion a felony crime in Oklahoma, but that measure is not set to take effect until this summer, and legal experts say it's likely to be blocked because the Roe v Wade decision still remains the law of the land.

The number of abortions performed each year in Oklahoma, which has four abortion clinics, has declined steadily over the past two decades, from more than 6200 in 2002 to 3737 in 2020, the fewest in more than 20 years, according to data from the Oklahoma State Department of Health. In 2020, before the Texas law was passed, about 9 per cent of the abortions performed in Oklahoma were women from Texas.

Before the Texas ban took effect on September 1, about 40 women from Texas had abortions performed in Oklahoma each month, the data shows. That number jumped to 222 Texas women in September and 243 in October.