Police have revealed how nine-year-old Charlise Mutten died, after her body was found in a barrel last week.

Investigators told the media on Tuesday that the girl suffered a fatal gunshot wound.

Police have also released CCTV images of a vehicle they want to know more about.

The images show a ute pulling a boat trailer into a petrol station at 851 Richmond Road in Marsden Park in Sydney's northwest. 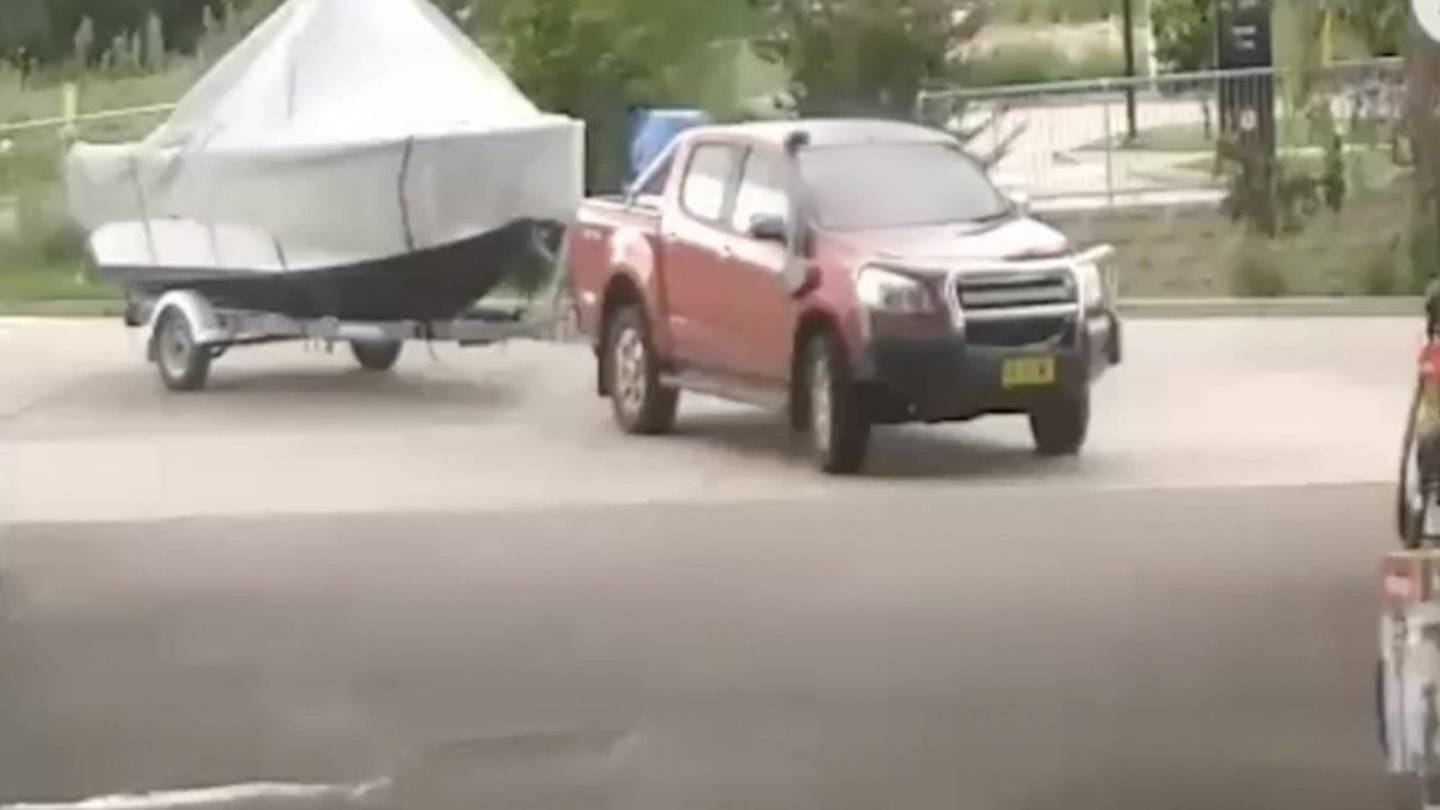 Police have released new footage as they investigate the death of Charlise Mutten. Photo / NSW Police

Charlise was reported missing from Mt Wilson at 8.20am on January 14, but had not been seen since the previous afternoon.

Her disappearance sparked a massive five-day search of dense bushland, with more than 100 emergency personnel joining the operation.

Police searched near the Colo River on January 18, about an hour's drive from where the girl went missing and found a child's body in a barrel.

Her 31-year-old stepdad Justin Stein was arrested in Surry Hills the same day.

Stein has been charged with murder and refused bail.

He is currently before the courts.

Detective Superintendent Danny Doherty revealed on Tuesday police would allege in court the schoolgirl was shot dead before being put in a barrel and being dumped near the Colo River, 76km from Sydney.

Doherty said it would be alleged Charlise's stepdad Justin Stein was alone with the little girl at the Wildenstein property in Mount Wilson, in the Blue Mountains, on the evening of Tuesday, January 11, and took her life.

Her mum, Kallista Mutten, was not at the property at the time, Doherty said, and is currently being interviewed as a witness.

Doherty also revealed the barrel Charlise was found in had been taken from Wildenstein, the Blue Mountains estate where the family had been staying.

"I can now also disclose the plastic barrel was from that location, from the property as well, so it's a high probability that the alleged murder happened there.

"The time frame and evidence we've gathered so far, all suggest that's where the alleged murder happened." 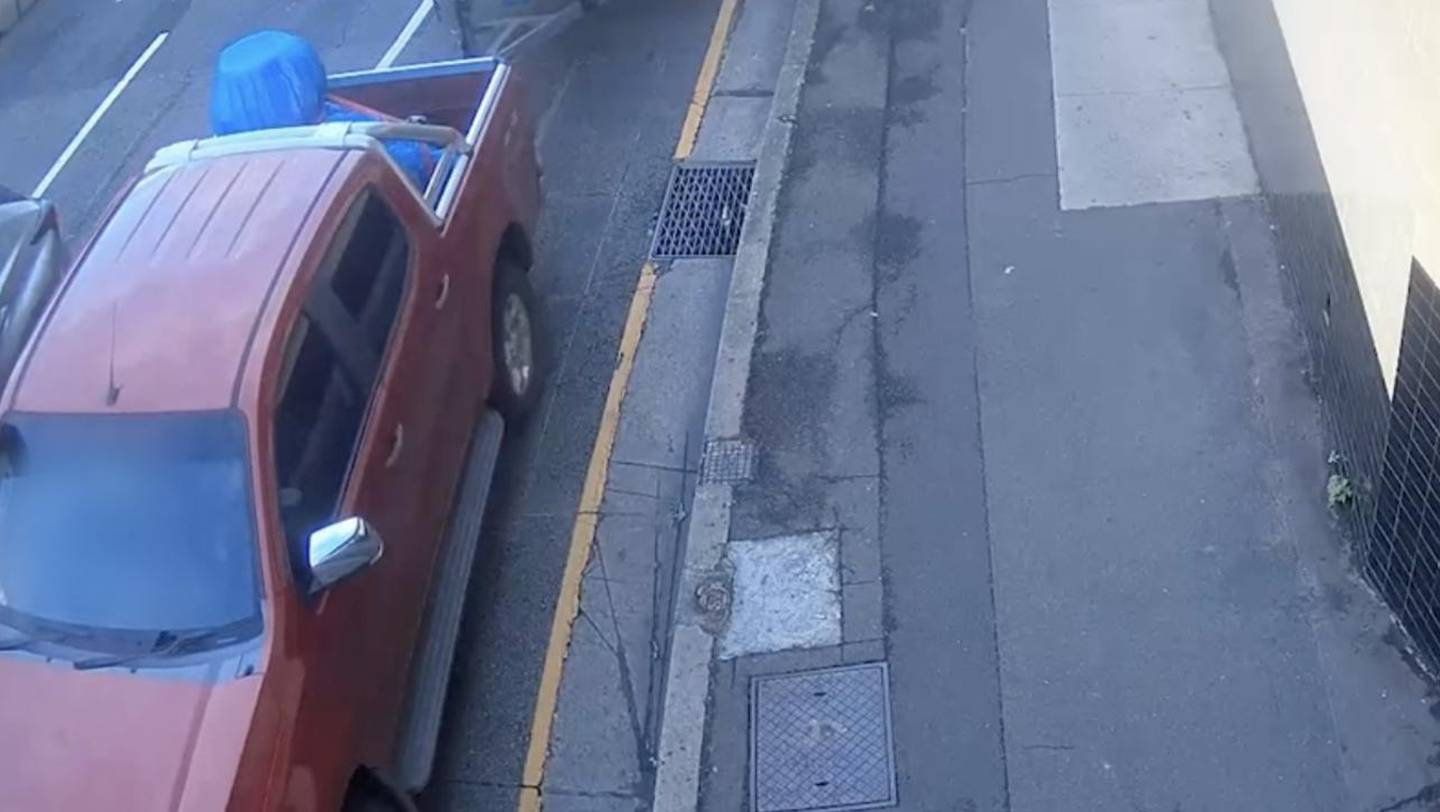 The vehicle was captured on CCTV. Photo / NSW Police

Doherty said security footage released Tuesday showing a red Holden Colorado with a blue tarp covering a barrel-shaped object in its tray and towing a boat trailer had proven crucial in the investigation.

"When you see the CCTV footage there's a tarp on the back of the ute. What I can also say is that at some stage after leaving the Colo River, that item wasn't on the ute when it stopped at another service station on Bells Line Road at Kurmond," he said.

"It's highly suspicious that that item wasn't there."

"This is an unimaginable, egregious act. It's terrible to even think about and talk about."

A series of security clips were released Tuesday morning showing a vehicle towing a boat trailer in Marsden Park, northwest of Sydney, and Drummoyne, in the inner west.

One video showed the car and trailer at the BP service station on Richmond Road in Marsden Park just before 6pm on January 13.

A subsequent video showed the same car and trailer pull up to a set of lights on Victoria Road in Drummoyne at 7.17pm the same evening.

Police will allege in court Charlise's stepdad travelled from Wildenstein, to the north west and inner west suburbs of Sydney, and back to the Colo River near the Hawkesbury with Charlise's body.

The alleged trip would have seen him spend up to five hours driving upwards of 200kms.

It is alleged the 31-year-old killed Charlise sometime between 7pm on Tuesday, January 11, and 10am on Wednesday, according to court documents.

Police were told Charlise was last seen on Thursday, January 13, on the veranda of the Mount Wilson property, in their initial investigation.

The little girl was however not reported missing until 8.20am Friday, January 14.

Charlise usually lived with her grandmother in Coolangatta, Queensland, but was spending two weeks during school holidays with her mother and her fiancé at the Blue Mountains property.

The property is believed to be the multimillion-dollar Wildenstein wedding venue which is owned by Stein's family.

According to The Daily Telegraph, detectives will allege Mutten had left Charlise in the care of Stein on Tuesday night.

The Telegraph also stated Mutten was staying at the Riviera Ski Garden in Lower Portland, at the time of her daughter's alleged murder, roughly 80km east from the Wildenstein property.