A single mother living in social housing in Sydney's west owes a whopping $31,300 (A$30,000) to tolling authorities because of unpaid road tolling fees.

The woman, known only as Fina, had originally failed to pay $8347 (A$8000) in overdue tolls, because she had been suffering from mental health issues after a death in the family.

The revelation comes amid a NSW parliamentary inquiry into excessive road tolls, with the first hearing taking place on Tuesday.

Legal Aid NSW senior manager Rebekah Doran fronted the parliamentary hearing and explained that: "We tend to see people once the debt has grown into many thousands of dollars." 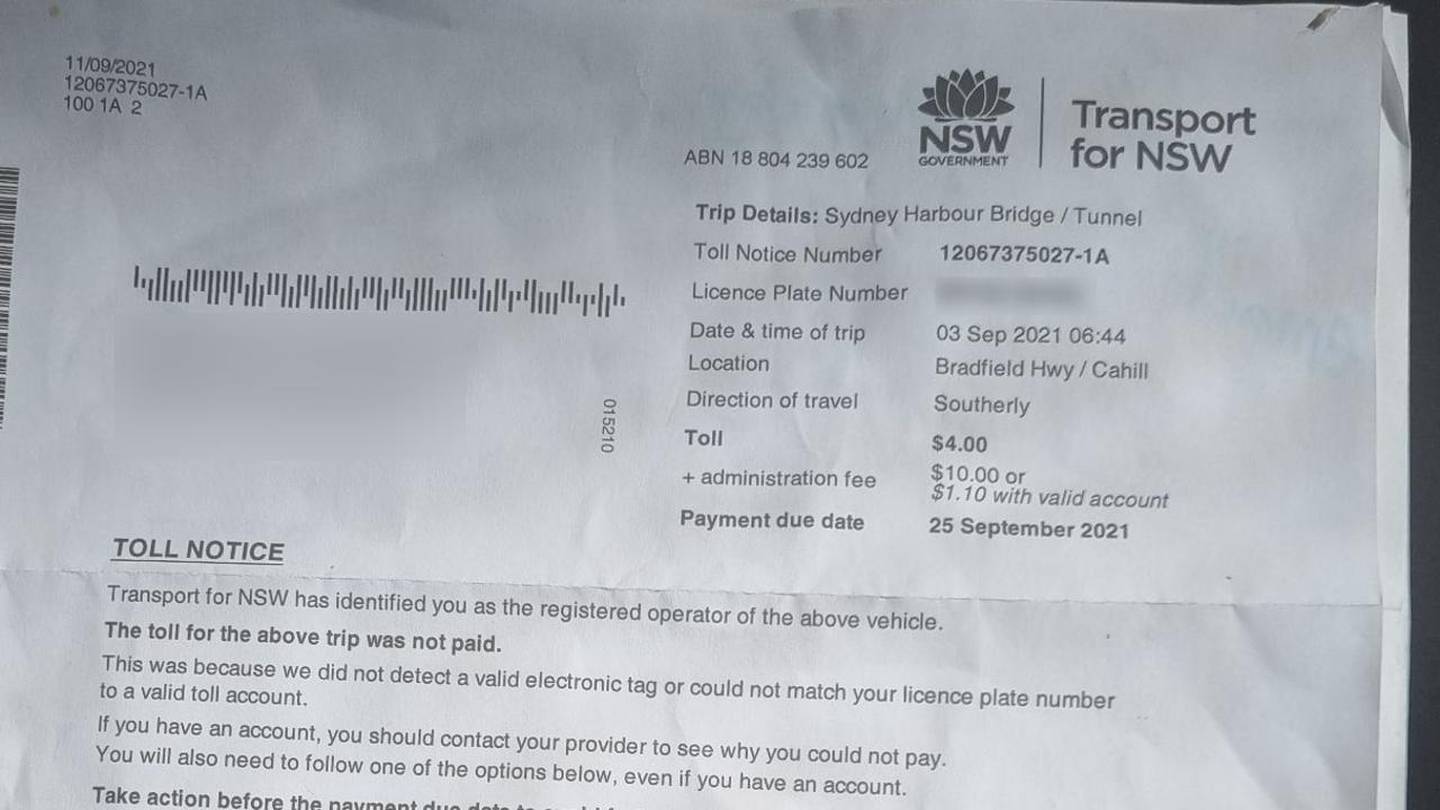 An example of a penalty notice for unpaid tolls. Photo / news.com.au

The organisation believes administration fees are much to blame, bringing up some of the most extreme cases they've come across like Fina's, as well as other single mothers.

She did not ever receive the toll notices and someone else was using her car at the time.

NSW Legal Aid defended her but said ultimately a ruling was made against Ally.

The crux of the issue, according to the legal organisation, is the unnecessary administration costs. A typical toll was only AU$4 but an additional AU$10 was added in "administration fees". Photo / news.com.au

"It is common for approximately two thirds of this debt to consist of administration fees, and one third toll fees.

"This is because where a toll road user is travelling without an e-tag, each trip incurs a $10.40 (AU$10) fee when a toll notice is issued. Up to two notices can be issued for each trip."

"The Transport for NSW website states that the administration fee of $20.9 (AU$20) is to cover the cost of collecting the toll in this manner," Legal Aid wrote.

It wasn't the only shocking claim during the hearing when it comes to Sydney's expensive roads.

One of Australia's biggest freight companies told its drivers not to use toll roads because they were so too expensive, according to a memo supplied by a union.