A NSW man has taken to Facebook to warn neighbours about theft in the area after he found something suspicious stuck on his gate.

Blake Smith, from Belmont North in Lake Macquarie, knew something wasn't right when his back gate kept making loud banging noises in the wind.

As the gate is usually locked, he decided to go investigate and that's when he realised someone had been tampering with it.

He found a plastic shard had been put into the locking mechanism to stop the gate from closing.

"Attention to anyone in the Jewells/Belmont North area, some scumbag has got into my backyard the other night and I'm assuming to try and let my dogs out to steal something, or possibly take my dogs," Smith wrote on Facebook.

"This bit of plastic was wedged in the clip of the gate and couldn't shut properly so keep an eye out on all your gates and animals." 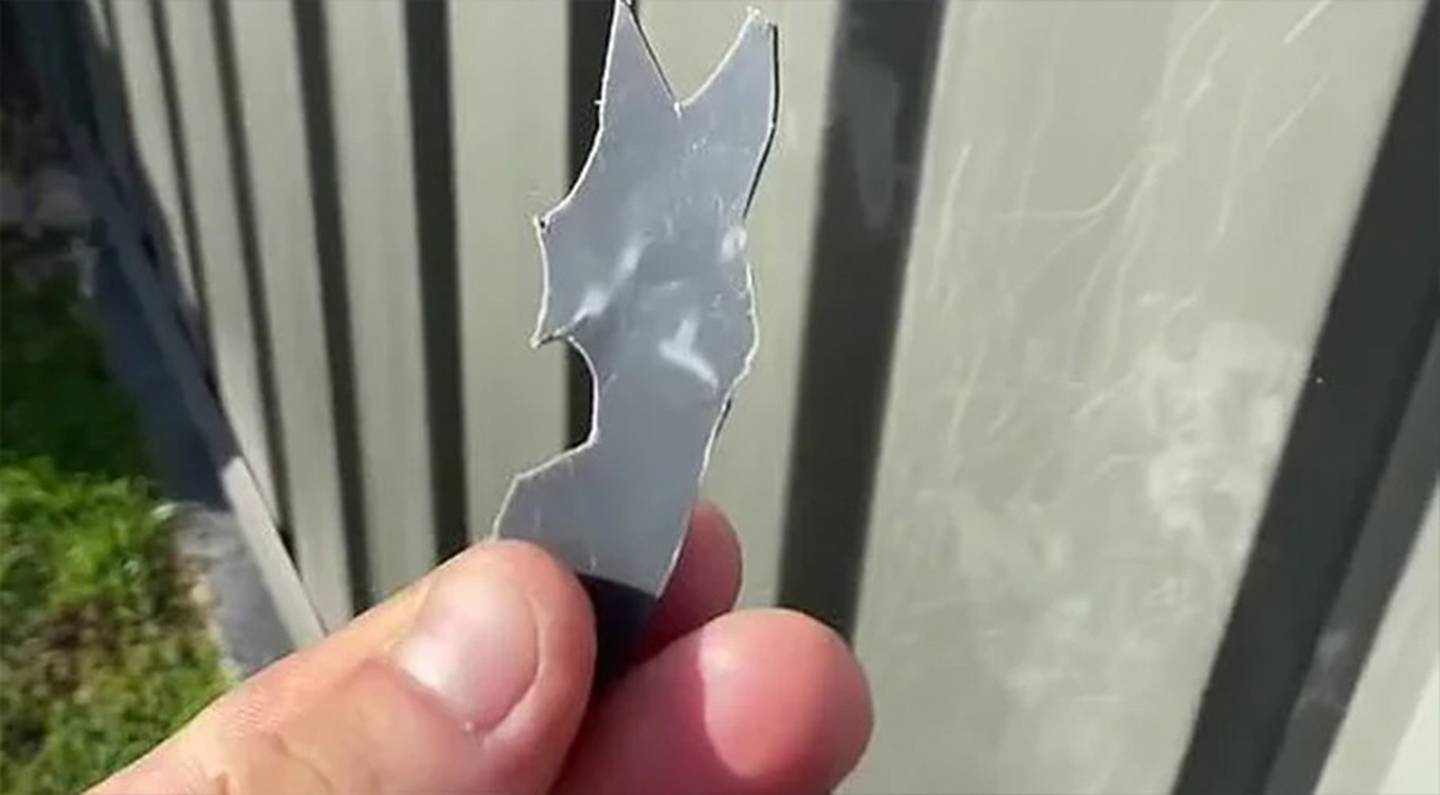 He usually locks the gate and after going outside to investigate, he noticed a piece of plastic wedged in the lock to stop it from closing. (Photo / Facebook)

Locals inundated his post thanking him for his warning, with one woman saying two men tried to steal a friend's dogs.

"One of my client's staffy cross got out in Redhead a few weeks ago and two men were trying to drag him in the car and drive off before anyone could do anything," she wrote.

"Luckily they didn't succeed but everyone be careful leaving your dogs outside." 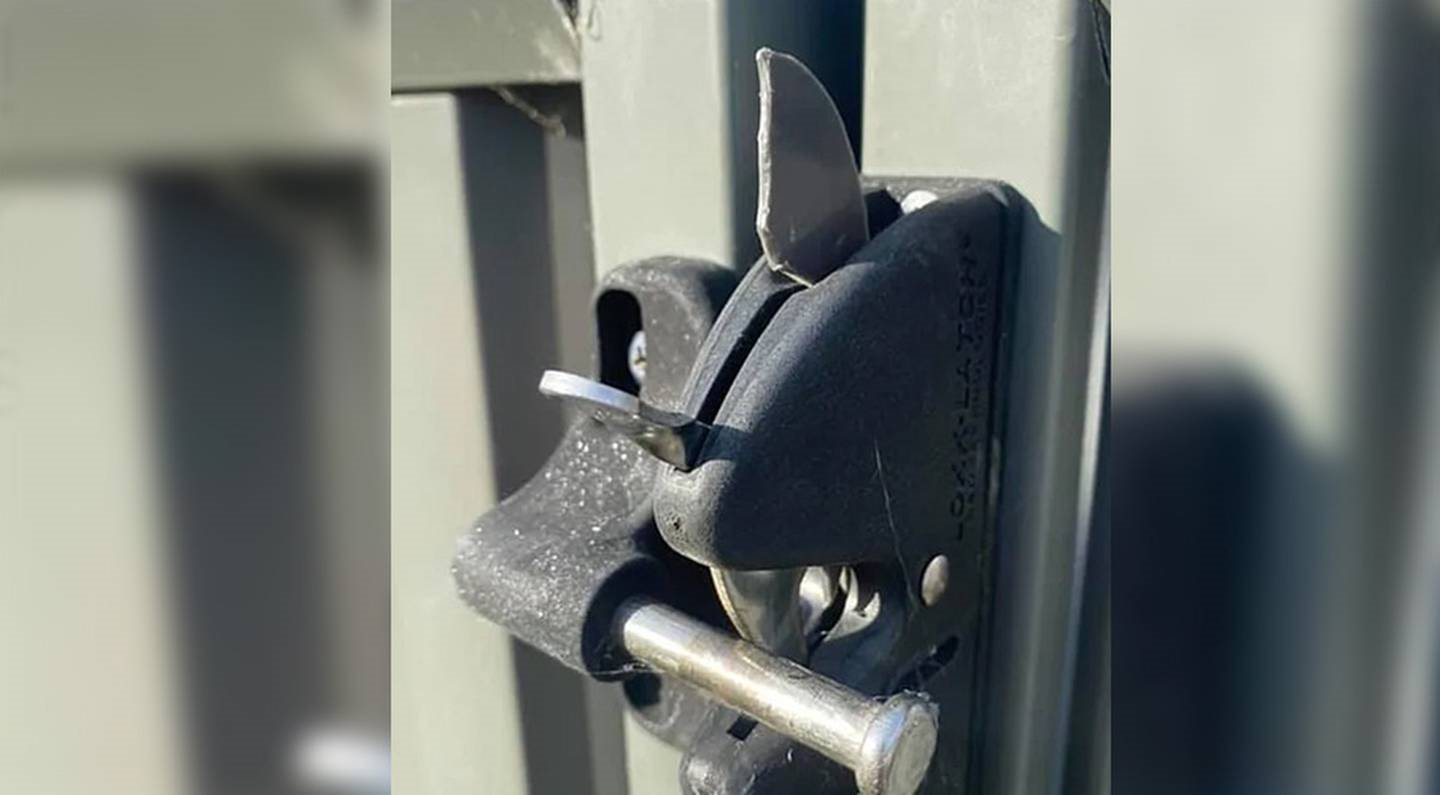 The man took to Facebook warning locals that someone had tried to tamper with his gate, possibly trying to break into his house. (Photo / Facebook)

Smith, 25, said he believed the piece of plastic was wedged in his gate on Wednesday night after he mowed the lawn, telling 7 News he always carefully locks the gate.

"I always make sure everything is closed because I have two dogs," he told the publication.

The following day he found the plastic impeding the gate from closing.

Smith, who owns a rottweiler, had received a private message from another local telling him to be wary of the act after her rottweilers were recently stolen.

The 25-year-old is now installing security cameras on his Belmont North property, as well as trimming his hedges and adding more door locks so intruders have nowhere to hide.