Anders Behring Breivik, the Norwegian far-right fanatic who killed 77 people in bomb-and-gun massacres in 2011, argued on Tuesday for an early release from prison, telling a parole judge he had renounced violence even as he professed white supremacist views and flashed Nazi salutes.

Breivik, 42, is serving Norway's maximum 21-year sentence for setting off a bomb in Oslo's government district and carrying out a shooting massacre at a summer camp for left-wing youth activists. Under Norwegian law, he is eligible for his first parole hearing after 10 years in prison.

Though experts agree Breivik is highly unlikely to be released, authorities have insisted he has the same rights as any other prisoner, arguing that treating him differently would undermine the principles that underpin Norwegian society, including the rule of law and freedom of speech. 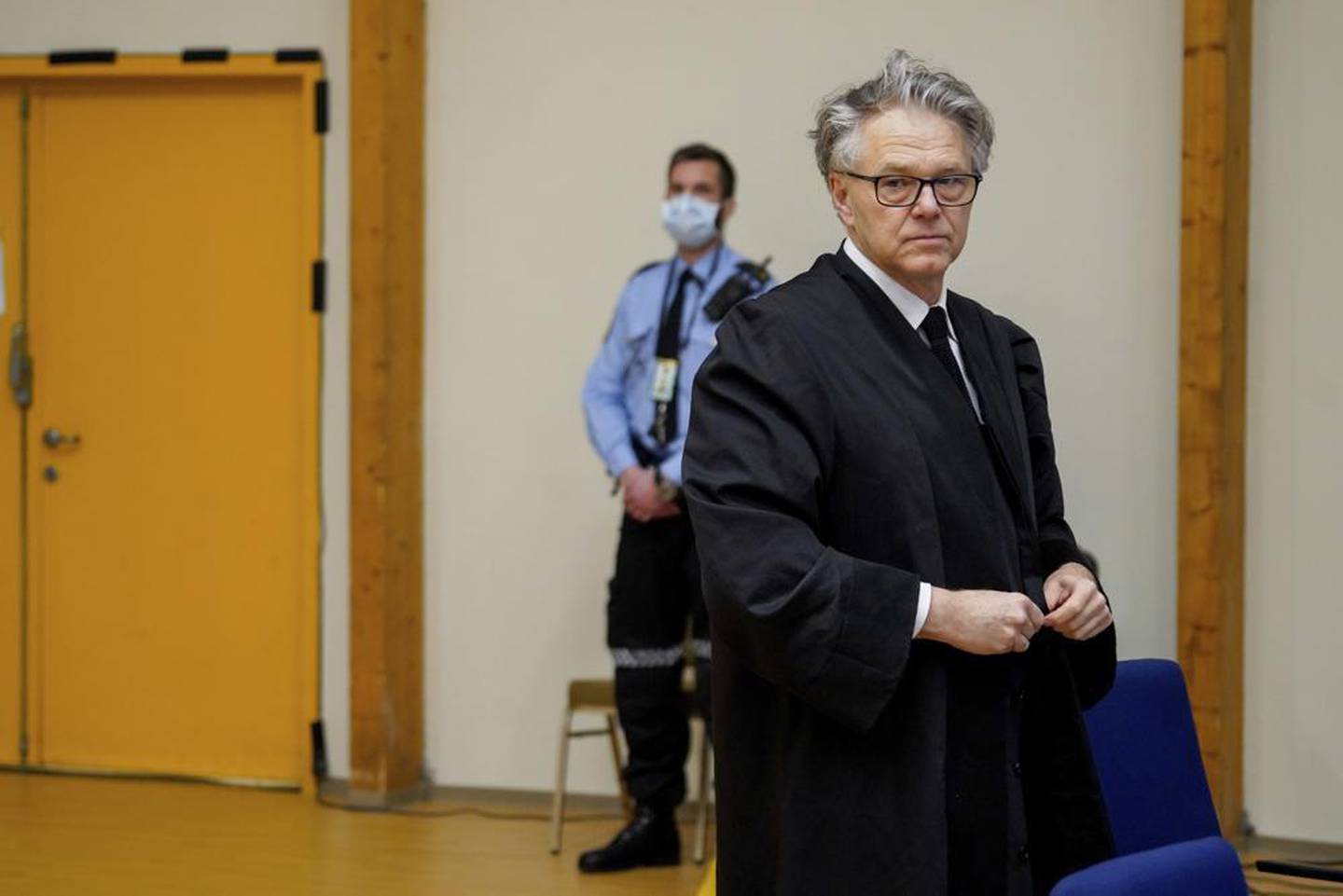 At the three-day hearing, which is taking place in the high-security prison in Skien, south of Oslo, where he is being held in isolation with three cells at his disposal, Breivik made full use of his rights.

Sporting a stubble beard and a two-piece suit, he entered the makeshift courtroom in a prison gymnasium by raising his right hand in a Nazi salute and holding up homemade signs with white supremacist messages. One sign was pinned to his suit.

Asked by the prosecutor who the messages were aimed at, he said they were directed at millions of people "who support white power".

The Associated Press resists being used as a conduit for speech or images that espouse hate or spread propaganda and is not publishing images showing Breivik's Nazi salutes and other white supremacist propaganda.

Breivik has used previous court hearings to disseminate conspiracy theories of an ongoing genocide against white people in the West. Some worry he could inspire like-minded people to carry out similar attacks. But since his criminal trial in 2012, many Norwegians have insisted that the best way to defy his world view is to stand up for a tolerant, open society and show that the system he claims is oppressing him in fact is giving him every chance to have his day in court.

"At the same time, it's fairly clear that the prosecutor has a very clear strategy here," she said. "By letting him speak ... he gets his very incoherent message out in the open".

In a rambling monologue to the court, Breivik argued there is a distinction between militant and non-militant white nationalists and said he had been brainwashed by the former when he carried out his attacks in Oslo and at the summer retreat on Utoya island.

"Today, I strongly dissociate myself from violence and terror," he said. "I hereby give you my word of honour that this is behind me forever." 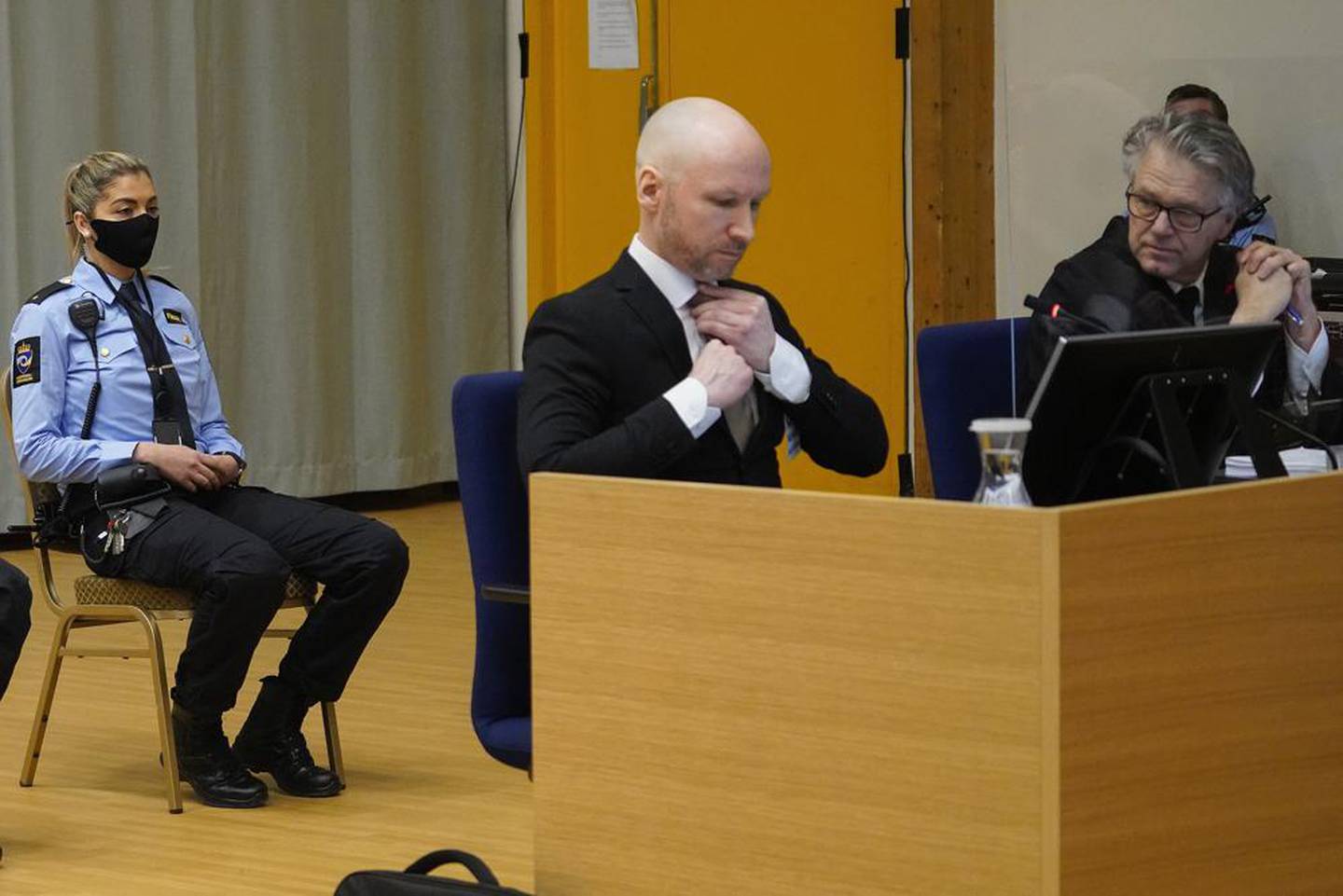 Reminding the court of the scale of the attacks, prosecutor Hulda Karlsdottir read the names of each of Breivik's victims, many of them teenagers on the annual retreat. Many were shot multiple times and some drowned as they tried to swim from the island in panic. During the criminal trial, Breivik said he considered the victims traitors for embracing multiculturalism and that he regretted not having killed even more.

Karlsdottir stressed the parole hearing was not about re-examining guilt, saying, "The main topic here is the danger associated with release."

Breivik didn't express any remorse, saying only that he cries for victims on "both sides" in what he described as a culture war.

The court is set to sit until Thursday and a ruling is expected later this month.

During a break in the proceedings, Breivik's lawyer Øystein Storrvik was asked whether his client was using the hearing to spread his propaganda.

"That is a right he has under Norwegian law," he was quoted as saying by national broadcaster NRK. "Whether what he chooses to say is wise or not is another matter."

Groups representing survivors and families of victims have said they won't comment during the hearing. Before the session, Lisbeth Kristine Røyneland, who heads a support group, said she was afraid Breivik would use the opportunity "to talk freely and convey his extreme views to people who have the same mindset".

Breivik was declared criminally sane in his trial, even though the prosecution argued that he was psychotic. He didn't appeal his sentence but unsuccessfully sued the government for human rights violations for denying him the right to communicate with sympathisers.

Although Norway's maximum sentence is 21 years, Breivik could be held longer under a provision that allows authorities to keep criminals in prison for as long as they're considered a menace to society.

Breivik has been trying to start a fascist party in prison and reached out by mail to likeminded extremists in Europe and the United States. Prison officials seized many of those letters, fearing he would inspire other violent attacks. Ahead of the parole hearing, Randi Rosenqvist, the psychiatrist who has followed Breivik since 2012, said she could "not detect great changes in Breivik's functioning".