Nasa has stumbled across an "unexpected" shiny item on the surface of Mars.

During a routine wander, Nasa's Perseverance rover spotted a metal-like object amongst rocks on the outer surface.

While some speculated the item may have been from other life forms or somewhere else, experts have weighed in on what the object really is.

It is understood to be a material from Nasa itself.

Experts say the "surprise" find is likely to be a piece of thermal blanket from Nasa.

It's believed to have come from when the Perseverance descended onto the Red Planet back in 2021.

They say it is likely from the rocket-powered jet pack. 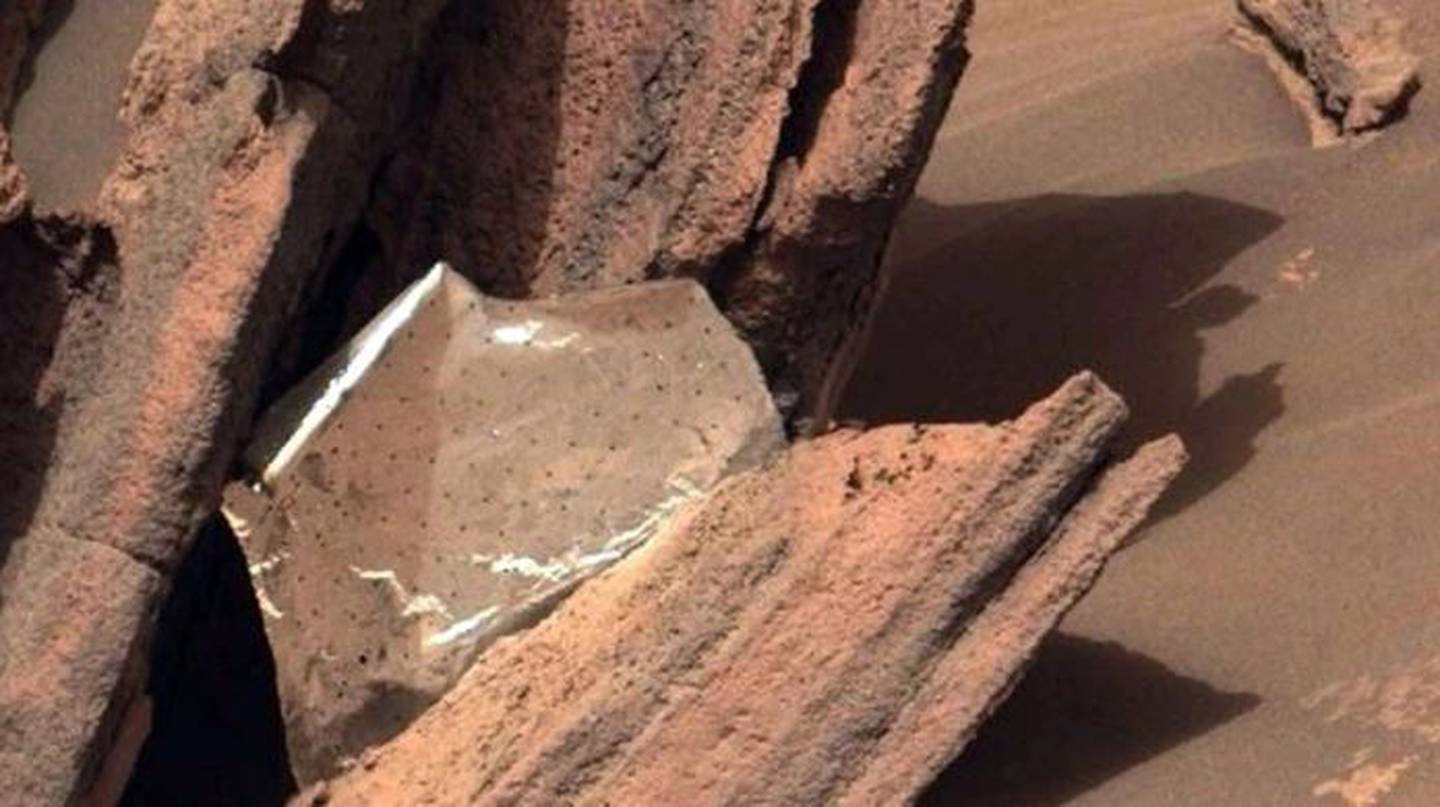 The shiny object is believed to be a piece of thermal blanket. Photo / NASA

On closer inspection, tiny dots can be seen on the material, which is normal for a thermal blanket.

Speaking to CNET, a representative for Nasa said they're certain it's part of a thermal blanket but are less sure about which part of the spacecraft.

My team has spotted something unexpected: It’s a piece of a thermal blanket that they think may have come from my descent stage, the rocket-powered jet pack that set me down on landing day back in 2021. pic.twitter.com/O4rIaEABLu

"Less definite is which part of the spacecraft it came from – the team thinks the descent stage is a good possibility – or how exactly it got here," explained Andrew Good from Nasa's Jet Propulsion Laboratory (JPL).

"Descent stage crashed two kilometres away; whether it landed here after that crash or was blown by the wind isn't something we know."

However, not everyone was happy with the discovery.

Some hit out claiming Nasa was littering on Mars.

"No humans there yet and we've already left litter," one said.

"We the humans have successfully put our trash out there even before putting our feet," another complained.