Potential mafia connections to the murder of Sir Peter Blake on the Amazon – and the attempted slaying of fellow Kiwi environmentalist Pete Bethune in Brazil – are investigated in a powerful new film-length documentary.

Blake was gunned down after armed bandits boarded his exploration vessel, Seamaster, deep in the Amazon in December 2001. He was on a voyage looking into global warming and pollution, as well as trying to raise awareness about attacks on the environment along the Amazon.

Members of a group of pirates – known locally as "river rats" - were later caught, charged and convicted over his death. But questions remain whether the group was acting alone, or whether they had been hired by mafia figures trying to silence someone who might reveal illegal gold mining, forestry or drug-running in the area.

Sixteen years later Pete Bethune was lucky to survive a knife attack on a street in Brazil while carrying out his own investigation into whether Blake's murder was linked to figures involved in illegal gold mining. The search for more information on both attacks – as well as highlighting the plight of the Amazon environment – are the subject of The Garden of Evil; a documentary written, produced and directed by veteran Kiwi journalist Larry Keating.

It features a trio of prominent investigative journalists – Donal MacIntyre, Sam Cowie and Caio Vilela – and took four years to produce, including months working on location in the Amazon.

"The film exposes the threats of ruthless protectionism, greed, unbridled street crime and river piracy, Keating said ahead of its world premiere at the DocEdge Film Festival in Auckland tonight. Crew from The Garden of Evil (left to right) Jake Bryant, Neil Stichbury and Larry Keating pictured with environmentalist Emanuela Evangelista and locals from the village of Xixuaua. (Photo / Supplied)

"Sir Peter Blake and Pete Bethune are examples of the thousands who have suffered at the hands of organised criminals in the Amazon in recent years. In fact, more than 200 guardians of the rainforest were murdered during the making of The Garden of Evil."

Keating first thought about working on a documentary about Blake's death after watching Death of a Hero; an episode in the BBC's award-winning MacIntyre Investigates.

MacIntyre had been meant to be on board the Seamaster on the night of the attack to work on a pre-planned documentary on Blake's life and conservation work, but he and his crew's arrival had been delayed after they missed a flight to Brazil from Central America.

Death of a Hero follows MacIntyre as he belatedly journeyed up the Amazon. "He had learnt, and I think the world knew, that most of the environmental activists who had been killed over the years . . . and quite a few of them had been outsiders . . . most of them had been killed by organised crime in a sense; be they farmers deforesting for land grabbing, the mafia who were controlling a lot of the timbers and the drugs that were coming out of the Amazon."

In 2017, Cowie interviewed Ricardo Tavares – who is serving a 38-year prison sentence for fatally shooting Blake. Tavares told the English journalist that there was more to say about the attack on Seamaster.

Brazilian media had previously speculated that mafia figures were behind the attack.

Keating travelled to London to meet MacIntyre to discuss the merits of his idea which would later become The Garden of Evil.

"He did believe there was a very good chance there could be somebody behind it and he would lead an investigative team: himself, Sam Cowie and Caio Vilela, who was our fixer, to really drill down into what that possibility was," Keating said.

Tavares would agree to be interviewed on camera by Cowie.

But when given the opportunity to offer up fresh information on Blake's death – and if anyone else was involved in planning it – Keating said Tavares "clammed up, he wanted to talk more about his childhood and his belief that he could have been a great football player".

He also told Cowie that his lawyer "had instructed him not to talk at all".

Sam Cowie interviews Ricardo Tavares, who murdered Sir Peter Blake, in a Brazilian prison during filming of The Garden of Evil. (Photo / Supplied)

"As Donal MacIntyre says the guy is not really going to finger anybody. His life would be at stake in the prison if he was a grass," Keating said.

"There is still a lot of confusion [over whether Blake's killing had been ordered], given that nearly everybody who is killed in the Amazon chasing or exposing illicit trade - be it in timber, drugs, or whatever - is [killed by] organised crime trying to protect their turf."

Keating said The Garden of Evil had been "very challenging".

As well as investigating the potential motives behind the attacks on Blake and Bethune, The Garden of Evil set out to shine a light on the reality of the environmental battles facing the Amazon, and the locals living alongside it.

"It was really about the message that Sir Peter left, that he felt that the world probably needs to get behind saving the Amazon.

"When you think about what Blake's message was, it was about hope. It was adventure, sharing an experience so others could love an environment."

A drone shot from The Garden of Evil deep in the Amazon. (Photo / Supplied)

Prior to the start of filming an invitation was extended to Blake's son, James, to join the production team. It was rejected.

During their travels Keating said it was clear that "corruption at very, very high levels is rife".

"It is a fairly lawless part of the world," he said.

"We were talking to the police chief who said to us that the cops who work for him doff their hat at five o'clock after supposedly chasing down the very guys causing the corruption at the very high levels in the Amazon, put on another hat and go and work for the very guys they were chasing during the day."

Keating said security had been a top priority while in Brazil, and not just on their travels on the Amazon. 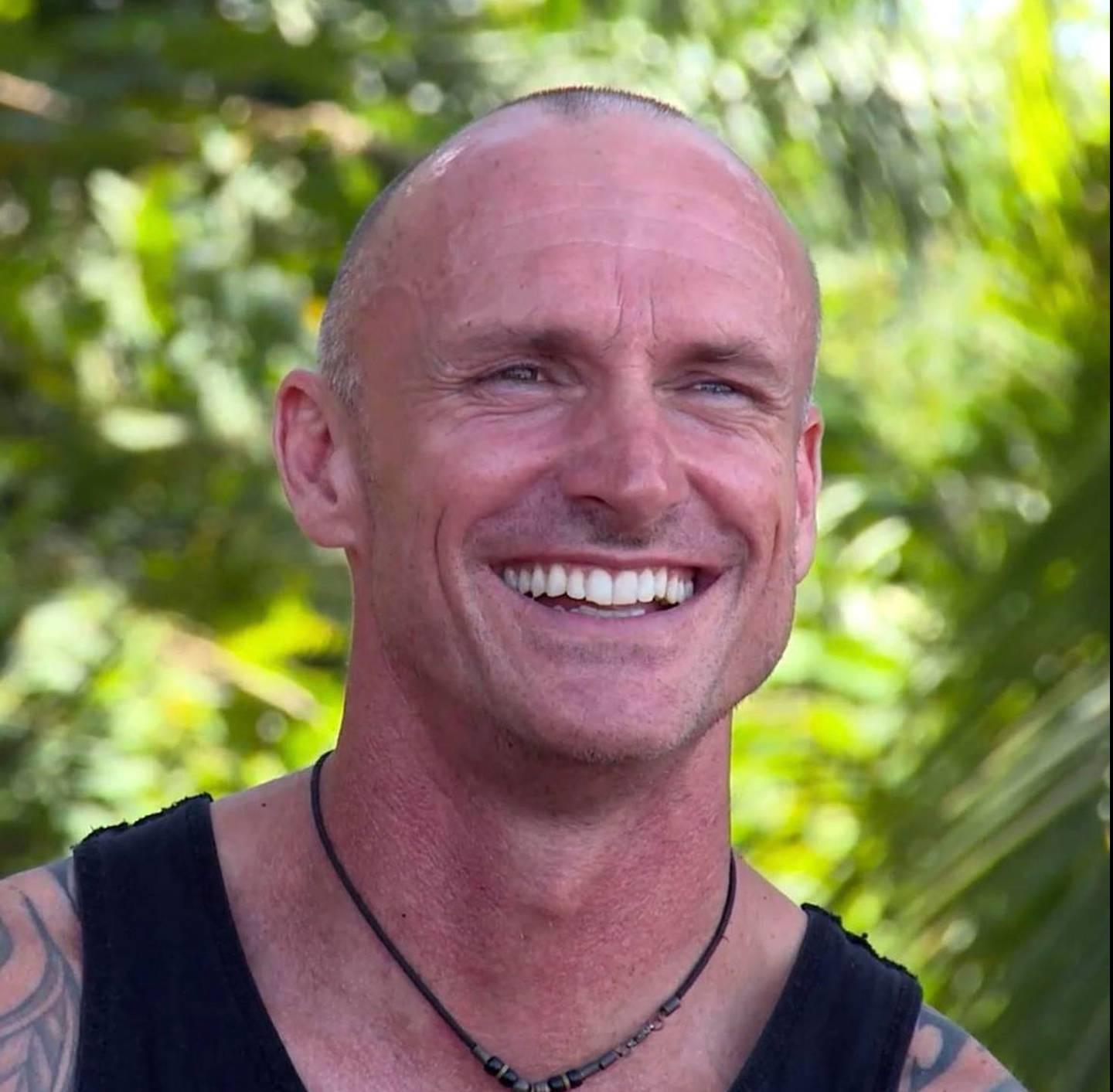 He revealed the only time they were concerned for their well-being was when they took Bethune back to the area where he was nearly stabbed to death in 2017.

Bethune had been attacked by two men in broad daylight. Including one who stabbed him in the chest.

During the making of The Garden of Evil the crew and Bethune were about 20 metres from "the point of where he actually fought for his life" when their security ordered them to leave immediately.

"We had been spotted. That was a pretty nervous moment," Keating said.

Keating said he believed Blake was well aware of security risks in the Amazon ahead of the fateful voyage. His crew included a former US Navy Seal who was in charge of security.

Blake had talked in a documentary by Blake Expeditions about the potential dangers of working in the Amazon and the need to have "security on board 24/7 . . . that anything could happen".

But in a tragic twist of fate the ex-US special forces operator was among crew members offloaded from Seamaster to reduce the ship's weight ahead of navigating a stretch of the Amazon that was not very deep.

The security officer, and other crew, were continuing up the river in another boat to then rejoin Blake.

"I guess they [Blake Expeditions] felt confident that they had got that far up the river with no trouble at all," Keating said. "[But] that last night trouble met them."