The Indian government is blocking a new law which would criminalise marital rape, arguing it would "open the floodgates" to false claims.

Women's rights organisations have reacted with fury to the statement, describing the current law as a colonial era "relic" that has no place in modern India.

The High Court in Delhi is expected to deliver a judgement later this month on whether marital rape should be made a criminal offence, in a hearing brought by two women's rights organisations.

India is one of around 30 countries in the world where it is still legal for a husband to sexually assault his wife.

"The marital rape exception that exempts husbands from the full force of rape law or when they rape their wives is a British colonial relic. We are before the court now seeking that it is struck down as unconstitutional in modern independent India," said Karuna Nundy, legal counsel for the petitioners.

But the Indian government has instructed the court to throw out the proposed amendment – which would be enforced across the country – because it says it will lead to women making false claims of rape against their husbands.

The criminalisation of marital rape "could open the floodgates of false cases being made with ulterior motives" and would not be appropriate in India, due to its high levels of illiteracy and cultural norms, the government has said.

Women's activists say the law is the major reason for marital rapes in India, as men know they can act with impunity

"This law is absolutely outrageous. The provision in the law must be there to make rape in marriage illegal. It is absolutely unacceptable," said Dr Ranjana Kumari, director of the Delhi-based Centre for Social Research, a leading Indian NGO.

"Rape in marriage is very, very widely experienced by women across India, especially in the context of child marriage where young girls get married and they have absolutely no agency to say yes or no because they don't understand consent."

A 2018 Thomson Reuters study found India to be the most dangerous country in the world for women, due to the high risk of sexual violence and likelihood of women being forced into exploitative bonded labour.

According to a 2016 Indian government study, more than 30 per cent of the 610,000 women surveyed in five Indian states had experienced physical or sexual abuse by their spouse. The figure rose to 44 per cent and 40 per cent in the states of Karnataka and Bihar, respectively.

Any suggestion that Indian women make false claims of sexual assault against their husbands is "a lie" and instead the rape of Indian women is grossly underreported, said Kavita Krishnan, the Secretary of the All India Progressive Women's Association, a leading Indian women's rights organisation. 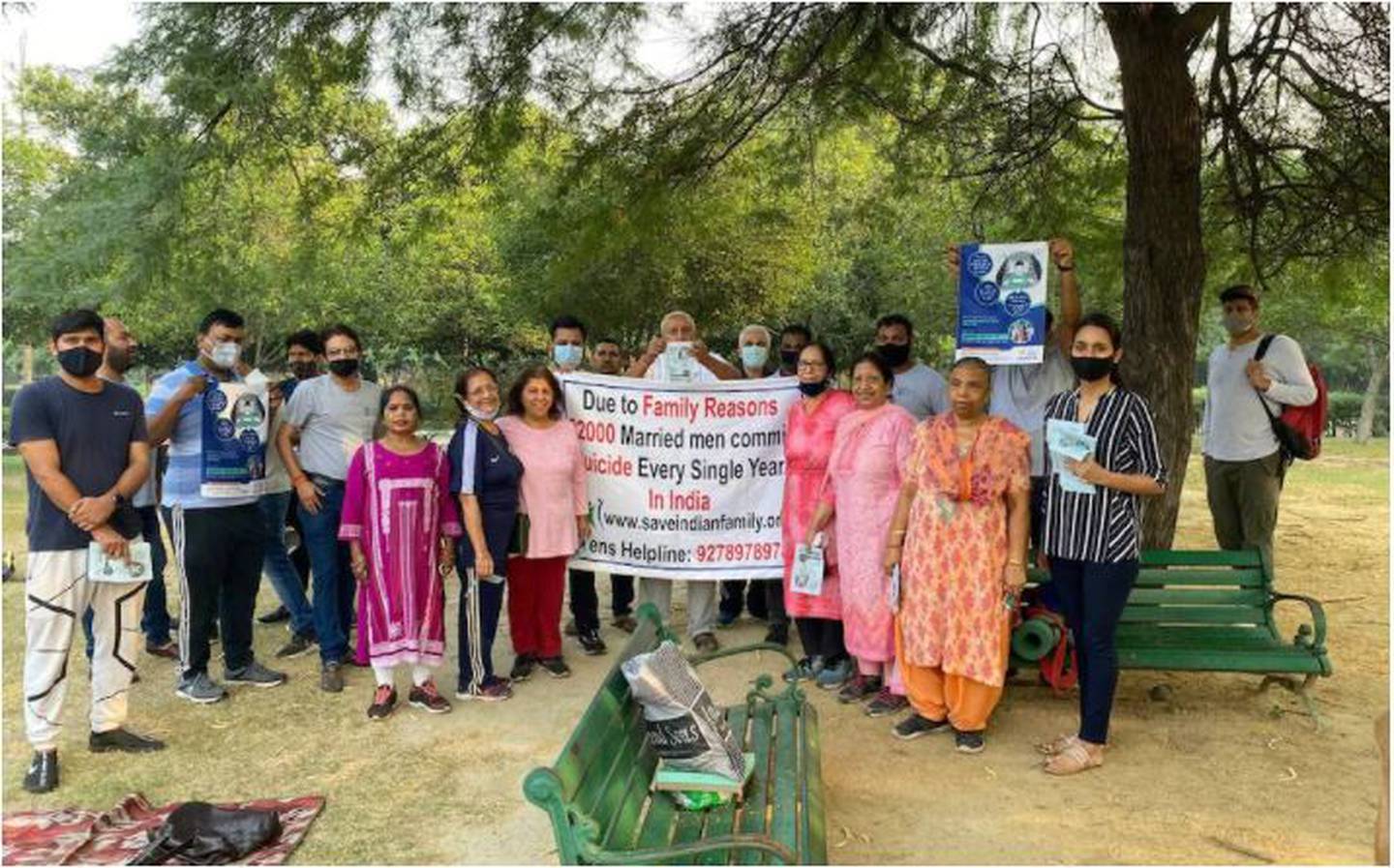 Activists from the Save Indian Family Foundation have been holding protests in Bangalore. Photo / Supplied

Indian society is inherently patriarchal and in poorer, rural areas it is common for women to move in with their husbands and in-laws, leaving them vulnerable to abuse.

Many women rarely leave their homes, let alone villages, and do not have the financial means or social support to file a legal or police complaint against their husbands.

The Indian government is keen to enforce the current legislation to appeal to India's majority male voters at the ballot box, suggests Krishnan.

"The current government of India is a far-right Hindu supremacist one, which is deeply anti-feminist in its ideology. So, it is no surprise that it defends the [colonial]-era marital exception as a crucial pillar of the 'sacred institution' of Indian marriage," she said.

"Patriarchal assumptions [in India] however, create an unjust situation where the woman complainant herself is put on trial and harassed and shamed in the courtroom. This is why Indian women hesitate to file formal complaints."

The current Indian law is based on the "doctrine of coverture" – a British colonial-era law that consolidates a woman's legal rights into her husband's and forbids her from performing activities against her husband's wishes.

There is some precedent for the rolling back of colonial-era laws in India. In September 2018, the Indian government legalised gay sex and same-sex relationships.

However, activists are sceptical marital rape will be criminalised now. The autocratic, ruling Bhartiya Janata Party (BJP) holds considerable sway over India's law courts and its opposition to the criminalisation of marital rape means it is unlikely the Delhi High Court will take a different stance.

Womens' activists face an uphill battle to change the mindset of many Indians. On Monday, a group of men took to the streets of the tech-hub of Bengaluru, generally considered one of the more progressive cities in the country.

Chanting slogans in support of marital rape and holding banners with slogans including "Down with the National Commission for Women," they welcome the Indian government's position.

"There is an agenda by certain political groups and feminists to attack communities and families," said Anil Murty, the Co-Founder of the Save Indian Family Foundation, a pan-India mens' rights group.

"It will be divisive and destroy the social fabric of Indian society."