Melania Trump rejected her then chief of staff's suggestion that she send a tweet condemning the January 6 Capitol riot, according to a screenshot of the exchange shared online.

"Do you want to tweet that peaceful protests are the right of every American, but there is no place for lawlessness and violence?" Grisham wrote in the message.

Trump, whose name appears as "MT" in the exchange, responded with one word, "No."

One Twitter user wrote, "People in Trump's world just now sharing stuff is infuriating. You could have shared this in impeachment hearings or any other time."

Grisham, who resigned from the White House immediately after the events of January 6, 2021, replied, "I've spoken about this many times before, testified to the committee twice, and have co-operated with some legal cases."

She had described the text exchange in her book published last year, I'll Take Your Questions Now: What I Saw in the Trump White House.

At the time, a spokesperson for Trump denied the exchange had occurred. "The intent behind this book is obvious," the spokesperson said.

"It is an attempt to redeem herself after a poor performance as press secretary, failed personal relationships, and unprofessional behaviour in the White House. Through mistruth and betrayal, she seeks to gain relevance and money at the expense of Trump."

Asked by another Twitter user why she stayed at the White House so long if "you hated the Trumps so bad", she replied, "It's a long and complicated answer, but in short I wanted to serve my country and then I was scared to leave."

Speaking to CNN on Wednesday, Grisham explained she felt compelled to share the text message online after watching Hutchinson's testimony – key elements of which have since come into question. 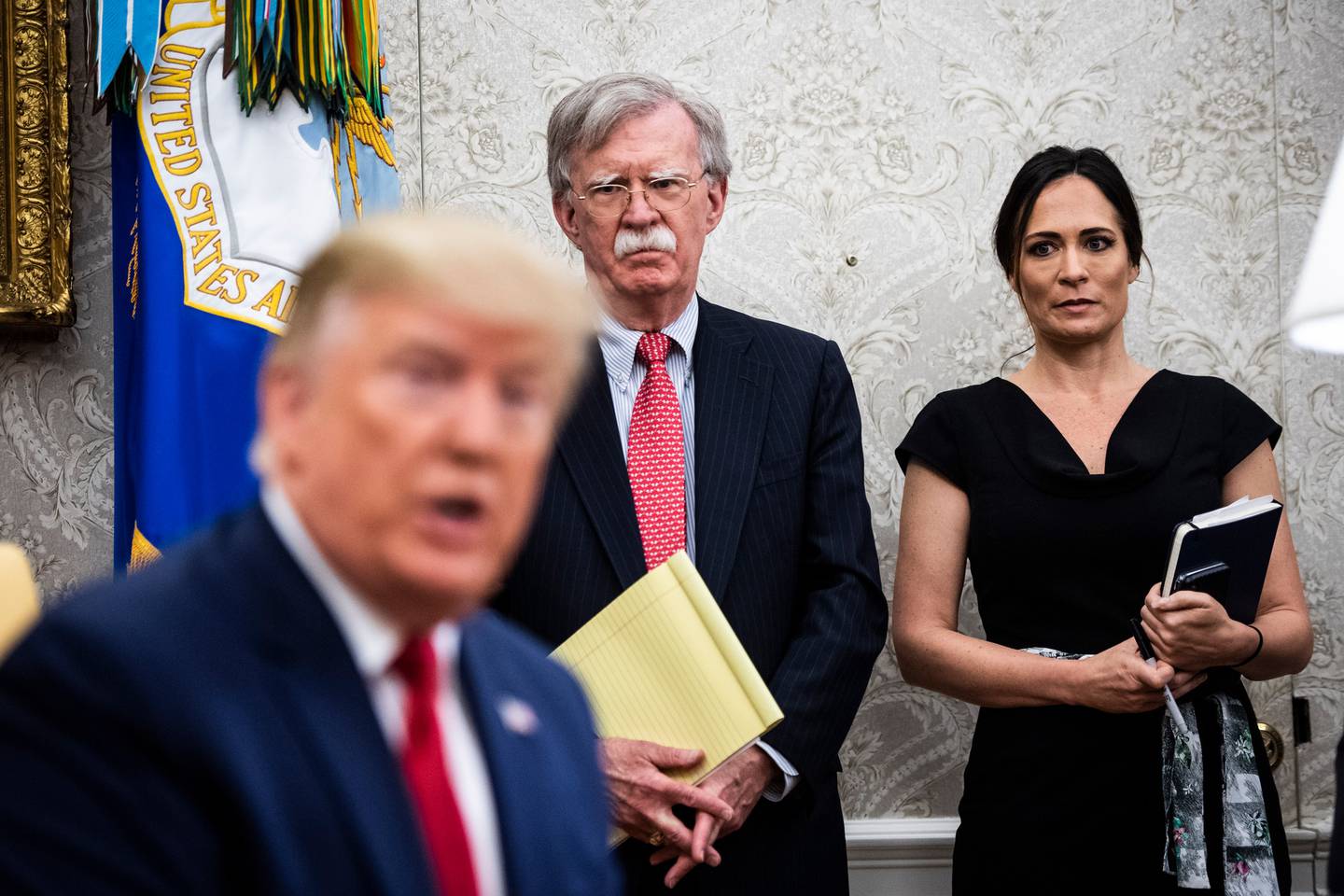 "For me it was really important because, you know, over the years working with Melania Trump, I was able to go to her, you know, she was the first person in our entire administration who condemned Charlottesville, and often I would be able to go her and say, you know, 'This is bad,' and she would either pick up the phone and call her husband and talk him down from something, or she would put out a statement well ahead of the West Wing, you know, to set a tone saying, 'This is not OK,'" she said.

"She knew something ahead of time, it just, I don't know this for a fact but, again, knowing her as well as I did at that point, it was so unlike her to not have condemned it, um, that that was the moment it all kind of broke me, that's what I wrote in the book, um, and I resigned immediately afterwards.

"So yesterday hearing Cassidy's testimony I felt compelled to show that text because it was a lot of context I thought, and again knowing Melania like I did, I was so disappointed and discouraged and sickened that she wouldn't stand up and just say simply there should be no violence." President Donald Trump and first lady Melania Trump return to the White House on May 27, 2020 in Washington. Photo / Getty Images

Hutchinson, 25, who worked for Donald Trump's chief of staff, Mark Meadows, testified under oath before Congress on Tuesday where she made a number of allegations about the former President's behaviour surrounding the events of January 6, 2021.

She testified that she overheard Donald Trump telling staff before his speech near the Capitol to remove metal detectors to allow armed supporters into the crowd, and that he had assaulted his Secret Service detail and attempted to take the steering wheel of the presidential limo – something the agency has since denied.

In a series of posts on his social media platform Truth Social, Donald Trump called Hutchinson a "total phony".

"Her body language is that of a bulls*** artist. Fantasy land," he said. "There is no cross-examination of the witness. This is a kangaroo court!"

Donald Trump said he hardly knew Hutchinson but had "heard very negative things about her".

"Her fake story that I tried to grab the steering wheel of the White House limousine in order to steer it to the Capitol building is 'sick' and fraudulent, very much like the Unselect Committee itself – wouldn't have even been possible to do such a ridiculous thing," he wrote.

Cheney read out testimony from two witnesses, whom she did not identify, recounting phone calls they received before their depositions to the committee.

"What they said to me is, as long as I continue to be a team player, they know that I'm on the team, I'm doing the right thing, I'm protecting who I need to protect, [and] I'll continue to stay in good graces in Trump World," the first witness allegedly said.

The second allegedly recalled, "[A person] let me know you have your deposition tomorrow. He wants me to let you know that he's thinking about you. He knows you're loyal, and you're going to do the right thing when you go in for your deposition."

Writing on Twitter, Grisham said the "potential witness tampering is no surprise".

"Trump world is vicious in their smears and well aware that MAGA extremists threaten violence to those who speak out," she said.

"Proud of Cassidy and all who have chosen to stand up for the truth despite the personal implications."