A man has died after a homemade explosive device detonated inside his car as he was driving on Saturday morning.

It is understood the father was wearing an explosive vest that was triggered when his car hit a speed bump on Young Rd in the Melbourne suburb of Hallam.

According to 7NEWS, the vehicle continued to travel "a few hundred metres down the road before hitting a parked vehicle" at the corner of Homewood Boulevard and Young Rd.

Emergency services were called to the scene around 11.40am on Saturday morning, finding the deceased man's body inside his vehicle.

The 43-year-old, who was a former soldier from Dandenong, reportedly was at the home of his ex-partner shortly before the explosion. 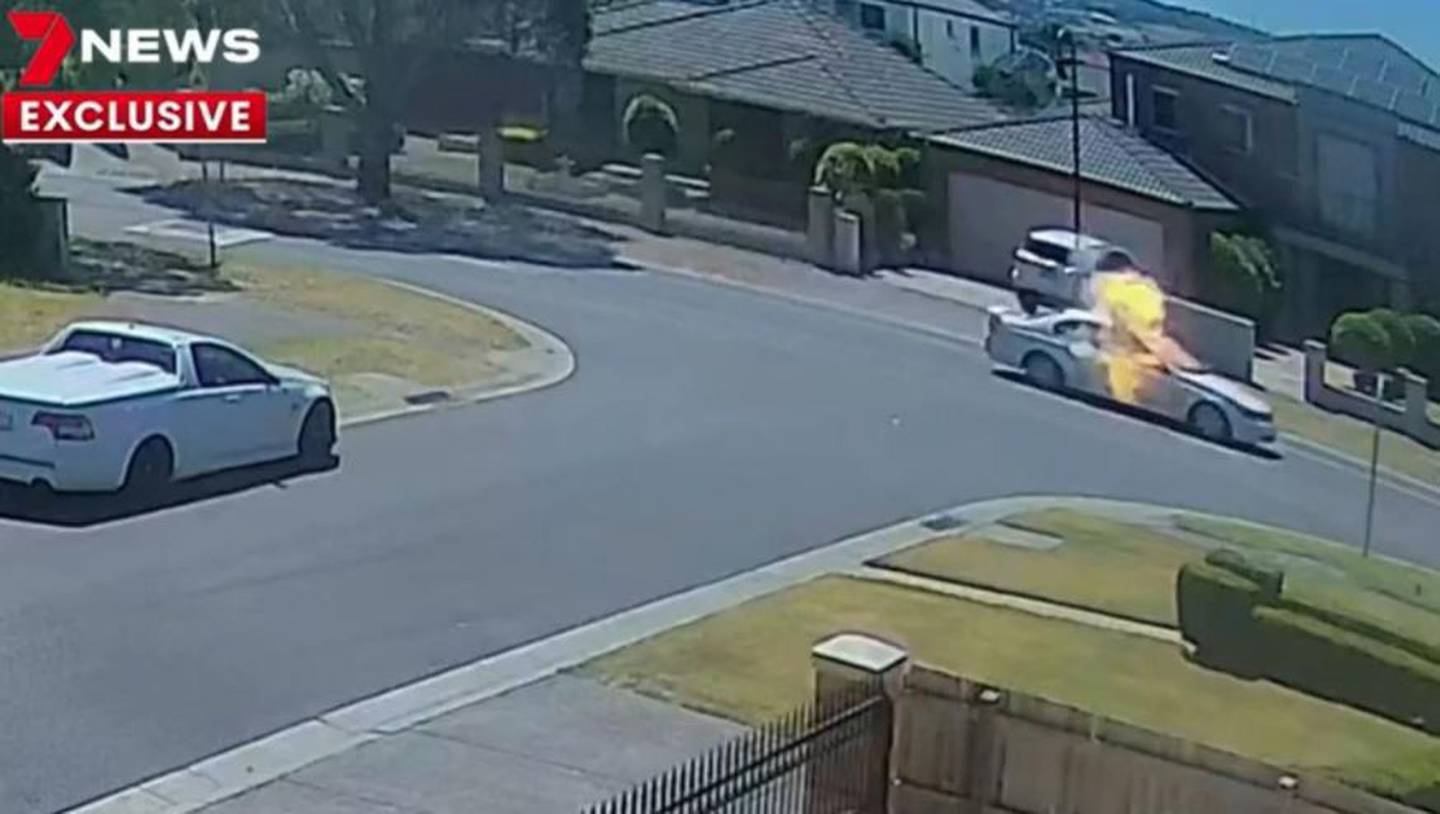 The homemade device was triggered when the man's car hit a speed bump.(Photo / Supplied)

A local told reporters the bomb and arson squads spent almost an entire day removing the device and debris before declaring the locked-down street was safe for traffic.

"They had the streets blocked off and police pretty much controlling everything, there was 15 police cars all around the place," one neighbour told 7NEWS.

"I just heard a big loud band at about 11am and I looked out the window and saw the car had gone through the roundabout and crashed into a sign," another added.

Anyone with information on the incident has been urged to contact Crime Stoppers on 1800 333 000 or submit a report online.