An Australian judge has blasted a Kiwi brother and sister who repeatedly strangled a female police officer to near unconsciousness and restrained her using her own handcuffs, telling the pair: "Shame on you both".

Hylton Miharo King, 24, and his sister Ariana Thirteen King, 30, on Friday pleaded guilty in the Brisbane District Court to serious assault of police during a wild brawl outside a Mitchelton hotel on May 25, 2019.

The Brisbane District Court today heard the siblings and other relatives had been kicked out of Brook Hotel because they were too drunk and had threatened to glass security guards when police were called.

When two officers arrived outside the pub, the group surrounded their car.

The court heard Hylton King told police to "f*** off" before trying to stop the female senior constable getting out of the vehicle.

Once she did, she was set on by the man who began choking her. 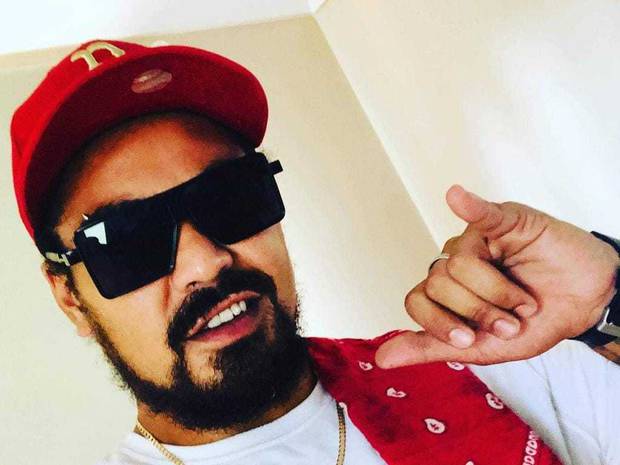 Kiwi Hylton King will be deported back to New Zealand. Photo / Facebook

The court heard while the officer was trying to remove King's hand from her neck, his sister Ariana King grabbed a set of handcuffs from her hand and secured them to the senior constable's wrist, which stopped her escaping the attack.

When the officer tried to gouge the man's eyes to get him off her, he bit her hand before choking her again to the point she began to lose consciousness, the court on Monday heard.

Another police officer who was trying to assist the woman was stopped from going to her aid by other members of the group.

The court heard the female police officer had only returned to work in recent weeks after the incident as she had suffered ongoing psychological trauma as a result of the horrific attack that lasted seven minutes.

The court heard the senior constable had a young baby at the time of the attack and had to stop breast feeding the child because she had to undergo disease testing following the bite.

The court heard Hylton King told officers in an interview after the attack he believed the female police officer was "milking it" when he was told about her injuries.

The court heard the man is currently in immigration detention and will be deported to New Zealand following the sentence.

His sister is also expected to return to NZ to be with her five children.

In sentencing the pair, Judge Nathan Jarro blasted their behaviour against police officers who were acting in the line of duty, saying: "Shame on you both".

"Police officers are valuable public servants. They are duty-bound to protect the community from harm. They are sadly often confronted with violence for simply going about their job. Police are the very people you would turn to if something happened to you or your child," he said.

"Your conduct was disgraceful. It was protracted. You continued to inflict harm on someone who was going about their business making sure the community was safe."

Hylton King was sentenced to 11 months' jail for serious assault of a police officer.

The sentence was wholly suspended for two-and-a-half years and he will be deported.

Ariana King was sentenced to nine months' jail and her sentence was also suspended for two-and-a-half years.