British lawmakers on Thursday (local time) approved a parliamentary motion declaring that China's policies against its Uyghur minority population in the far western Xinjiang region amounted to genocide and crimes against humanity.

The motion is non-binding and does not compel the British government to act. But it is another move signalling the growing outcry among UK politicians over alleged human rights abuses in China.

The motion was moved by Conservative lawmaker Nus Ghani, one of five British lawmakers recently sanctioned by China for criticising its treatment of the Uyghurs.

"There is a misunderstanding that genocide is just one act — mass killing. That is false," she said, adding that all the criteria of genocide — an intention to destroy in whole or in part a national, ethnic, racial or religious group — "are evidenced as taking place in Xinjiang".

During the debate, MPs voiced concern about New Zealand's apparent opposition to expanding the remit of the Five Eyes alliance beyond intelligence sharing.

"It's not necessary all the time on every issue, to invoke Five Eyes as your first port of call in terms of creating a coalition of support around particular issues in the human rights space," Foreign Affairs Minister Nanaia Mahuta said yesterday.

Bob Seely, a Tory MP in the British Parliament, condemned the stance taken by New Zealand and said the country was "in a hell of an ethical mess".

Jacinda Ardern, he said, was "a prime minister who virtue signals whilst crudely sucking up to China whilst backing out of the Five Eyes agreement, which I think is an appallingly, appallingly short-sighted thing to be doing."

Seely said Britain needed to back Australia as it confronted China on the world stage and suffered economically as a result. "The Australians are calling out China and they're doing it at trade risk - we need to make sure that they do not pay an ethical price.

"We need to build alliances for the 21st century," Seely went on. "In the 21st century, there are two visions of humanity: there are open and free societies where political leaders are answerable to the people, and there are closed societies, which, through the use of artificial intelligence and big data, are becoming ever-more dominant and threatening to their people." 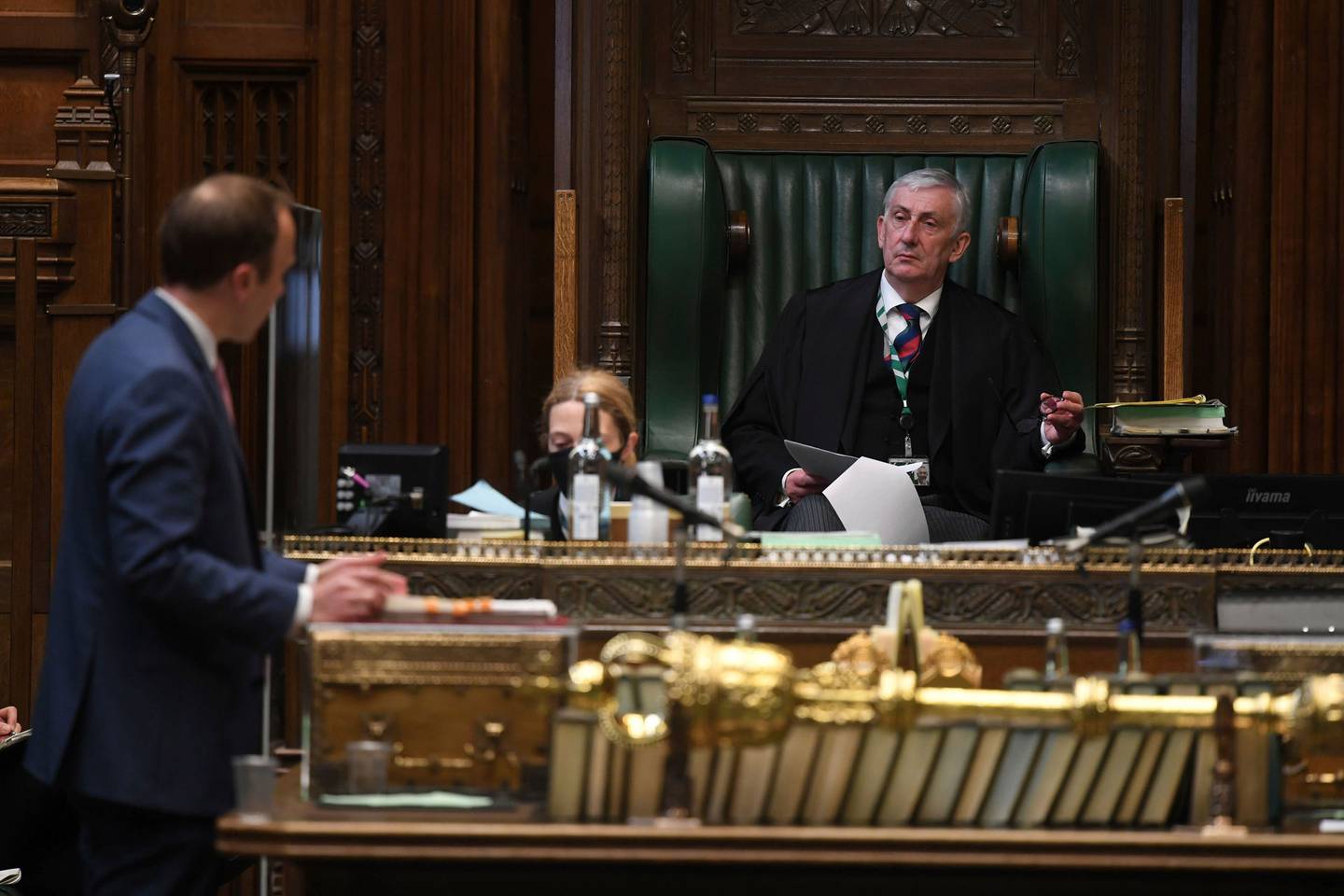 The British parliament has approved a motion declaring China's policies against its Uyghur minority population amounted to genocide. Photo / AP

The US government and the parliaments of Belgium, the Netherlands and Canada have accused Beijing of genocide, although Canadian Prime Minister Justin Trudeau has been reluctant to use the term.

More than 1 million people have been confined to camps in Xinjiang, according to foreign governments and researchers.

The Chinese government has strongly rejected complaints of abuses and says the camps are for job training to support economic development and combat Islamic radicalism. The government is pressing foreign clothing and shoe brands to reverse decisions to stop using cotton from Xinjiang due to reports of possible forced labour there. 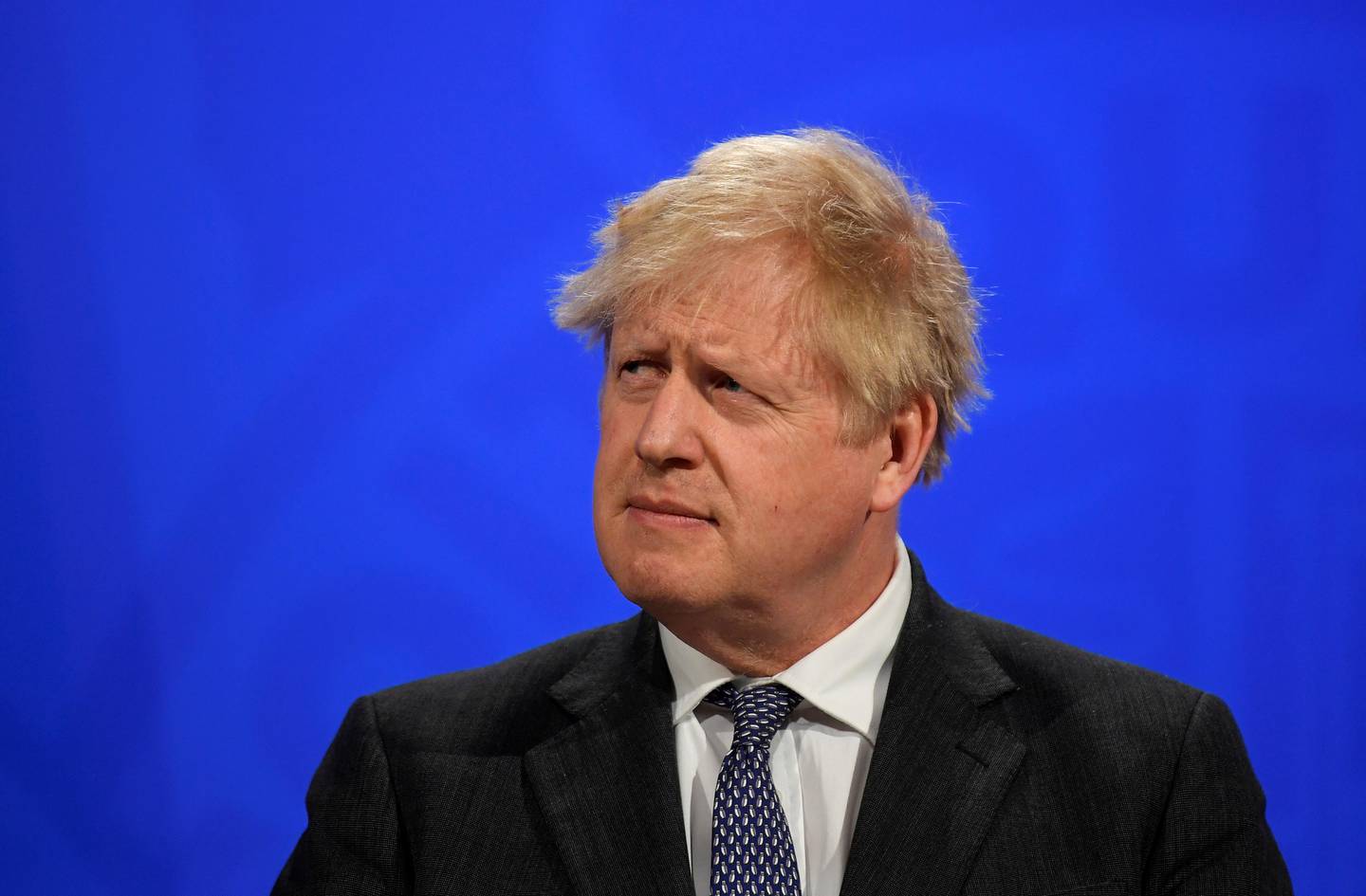 Prime Minister Boris Johnson has faced increasing pressure from within his own Conservative government to take a tougher stance against Beijing over human rights abuses.

British parliamentarians have repeatedly tried to push through a bill aiming to give the High Court the right to decide whether a country is committing genocide — and ultimately block UK trade deals with China — but the moves were defeated by the government. Johnson has warned against a "Cold War mentality" towards China and maintained it's important to nurture partnerships with Beijing.

Last month Britain, alongside the European Union, Canada and the United States launched coordinated sanctions against a handful of officials in China over the Uyghur issue, provoking swift retaliation from Beijing.