There is a growing call for millions of Hindus to be expelled from Gulf countries in response to the ongoing brutality against India's Muslim minority.

Tensions boiled over last month after Nupur Sharma, a member of India's Hindu nationalist ruling party, made derogatory remarks about the Prophet Mohammed.

Sharma, spokeswoman for Prime Minister Narendra Modi, made televised remarks on May 26 about the youngest wife of the prophet of Islam, which triggered demonstrations across the Islamic world.

The remarks set off diplomatic protests not only in rival Pakistan but in wealthy Arab states that usually enjoy close relations with India.

The party apologised and suspended Sharma as well as Naveen Kumar Jindal, another figure who was accused of inflammatory tweets about the Prophet Mohammed. Indian Muslims hold placards demanding the arrest of Nupur Sharma, a spokesperson of the governing Hindu nationalist party, as they react to the derogatory references to Islam. Photo / AP

But many Muslim nations have seen this move from India's government as lacklustre, particularly considering the brutal retaliation against members of India's 200 million-strong Muslim minority that took to the streets in protest.

Multiple demonstrators were killed, hundreds were arrested and footage of protesters' homes being demolished in relation have emerged online.

In response to the brutality, an Arabic hashtag began trending on Twitter demanding all Hindus be expelled from Gulf countries, where more than eight million Indian nationals live and work.

The hashtag, which roughly translates to "Kick the Hindus out of the Gulf", has been shared thousands of times on Twitter.

One user branded the situation "genocide" against Muslims in India.

"Gulf countries can do more than condemnation, Indian Muslims suffering under fascist regimes, we must stop the Anti-Muslim genocide," they wrote.

Another called on Hindus in the Gulf to be replaced with Syrian, Iraqi and Yemeni refugees, with an image attached showing the number of Indians who currently live in each Gulf state.

Replace Hindus with Syrian, Iraqi and Yemeni refugees. Your brothers in blood and religion #اطردوا_الهندوس_من_الخليج pic.twitter.com/okqcbI478F

Social media users are also calling for a boycott of all Indian products and for Gulf countries to stop trading with India.

This would be a devastating blow to India, which sources almost 40 per cent of its fuel needs from the Gulf countries and Iran.

"Do not give your money to the Hindus, for they will kill your Muslim brothers in India with it," one Twitter user wrote.

The Islamic nation is not powerless.. Use your pressure cards..
Do not give your money to the Hindus so that they may kill your Muslim brothers in India with it
#اطردوا_الهندوس_من_الخليج pic.twitter.com/Zlvwg9pwHL

Hindus in India say they will boycott Muslims, you can tell Hindus in the Gulf to go back to India if you are honest! They work in Muslim countries, how is that! For the money, you forgot your promise@AlanwarDir@SRusmaniPK#اطردوا_الهندوس_من_الخليج pic.twitter.com/DOcGvNAqMe

Amnesty International has called on India to immediately end a "vicious" crackdown on Muslims who took to the streets to protest against the derogatory remarks about the Prophet Mohammed.

Footage recently emerged showing Indian police beating a group of Muslim men in custody in the state of Uttar Pradesh.

The video went viral after it was shared online by an elected official from the BJP, Shalabh Tripathi, who posted it with the caption, "a return gift for the rebels".

"It hurts, it hurts … NO!" members of the group can be heard yelling. 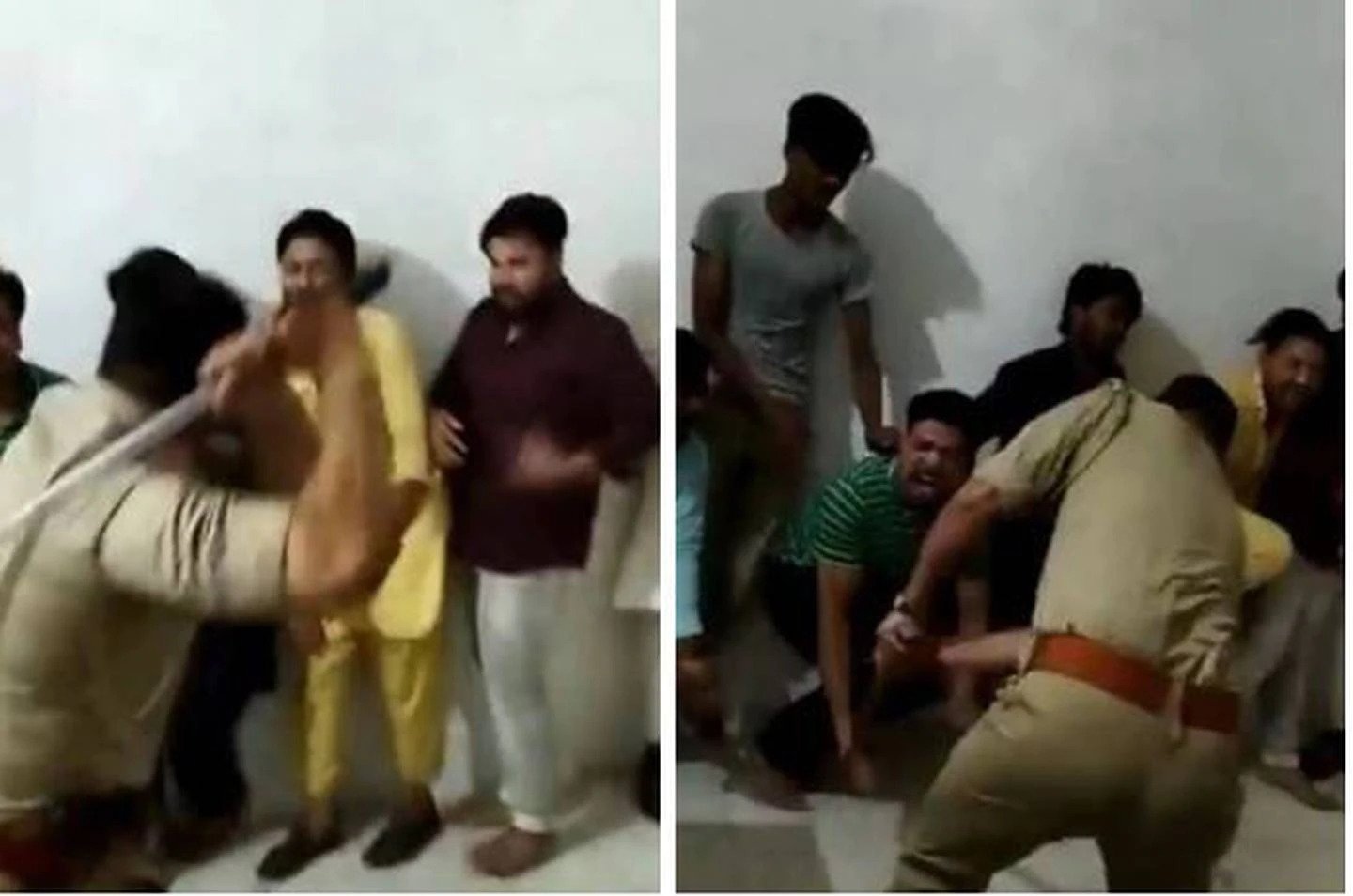 Zeba, who is the sister of one of the men in the video, broke down in tears as she watched the video of her younger brother Saif being beaten.

"I can't even look at this, he's being hit so badly," she told the BBC.

When Zeba finally saw her brother, she said he was "blue from all the beating, he couldn't even sit".

No action has been taken against the police involved, and no Indian government officials have condemned the footage.

Since then, the homes of several people arrested or identified as protesters have been demolished with bulldozers in the state of Uttar Pradesh, which is governed for the BJP by hardline Hindu monk Yogi Adityanath.

Authorities were "selectively and viciously cracking down on Muslims who dare to speak up … against the discrimination faced by them," Amnesty's Aakar Patel said in a statement.

"Cracking down on protesters with excessive use of force, arbitrary detention and punitive house demolitions … is in complete violation of India's commitments under international human rights law."

Adityanath, one of India's most prominent Hindu nationalist politicians, is known for sectarian rhetoric against India's 200-million strong Muslim minority.

He has repeatedly called on authorities to demolish the homes of people accused of crimes, an exhortation critics say violates constitutional and human rights law prohibitions on collective punishment.

Amnesty has demanded an "immediate and unconditional release" of detained protesters, and Patel said the arrests and demolitions were "part of an alarming escalation of the states' measures targeting Muslims".