A physiotherapist who was "sick and tired" of advising his patients to stop wearing flat shoes has told of how he turned the bugbear into a multimillion-dollar global empire.

Daniel Jones, 37, noticed a gap in the market for thongs that not only looked good but were actually good for people's feet.

The idea for Archies Footwear was born in 2011 after Jones noticed a large number of patients coming to see him either had sore feet from wearing flat thongs or had experienced an injury that required proper footwear.

"I was recommending thongs to my patients that I personally wouldn't wear myself and that's a bit hypocritical," he said.

"I thought it would be great if I could create a thong that looked like a normal thong but still had legitimate orthotic support. 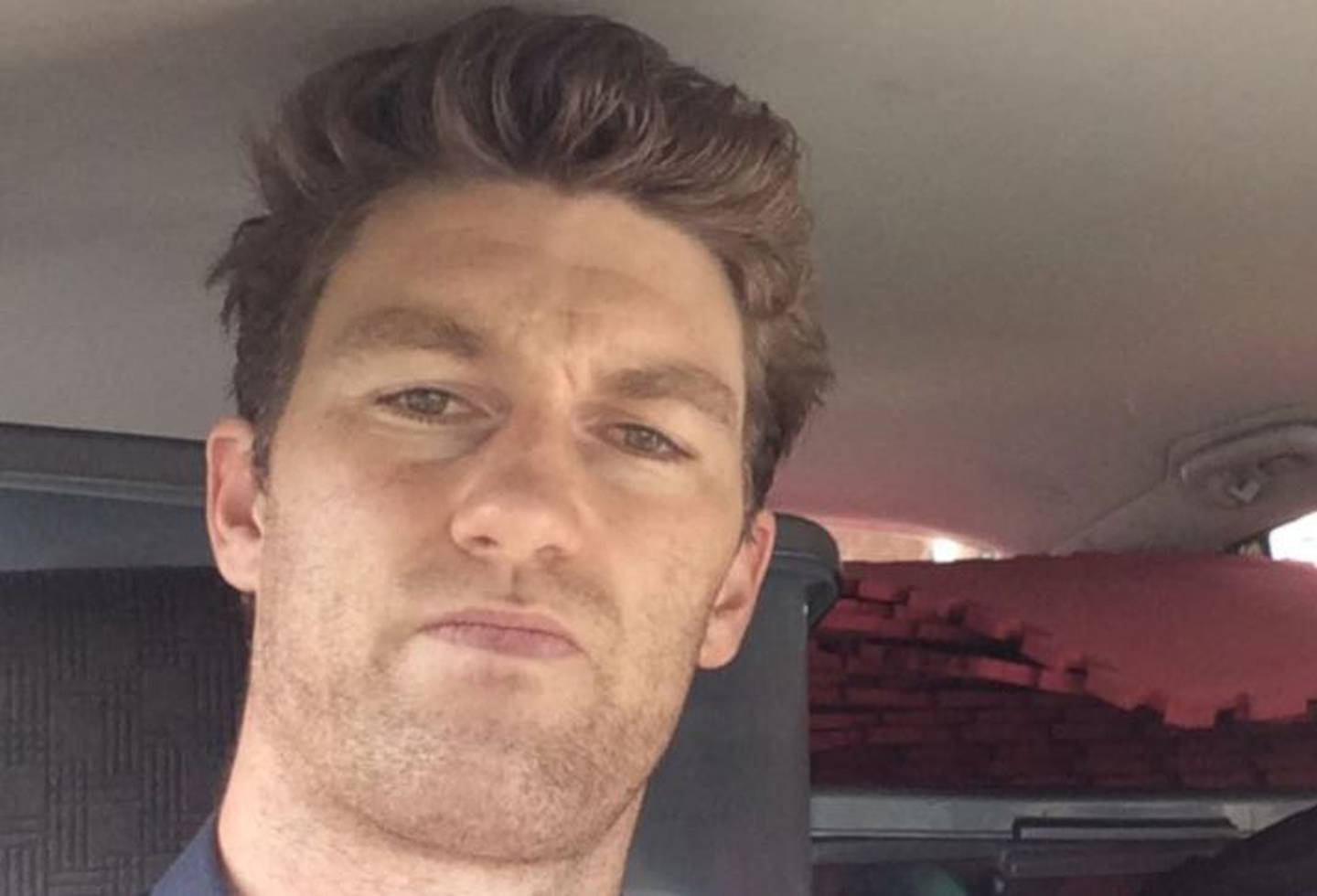 Daniel Jones noticed a gap in the market for thongs that not only looked good but were actually good for people's feet. Photo / Archies Footwear

The orthotic thongs started as a dream in a backyard shed in Victoria's Goulburn Valley and are now sold at thousands of retailers across Australia and the world, including New Zealand.

While Archies might sound like an overnight success, the brand's story stretches back more than a decade to the days when Jones was working as a physiotherapist.

He came up with the idea in 2011 but started "making moves on it seriously" the following year, but it wasn't until 2015 that he actually sold his first pair of thongs.

"For the first three years, it was just problem after problem. They would shrink if you left them in the sun, which is hardly ideal for a summer product.

"And they would break easily, so there were a lot of things that we had to figure out in the manufacturing process."

Once the business overcame a few manufacturing hurdles and had a solid product, Jones started selling the thongs at local farmers markets including in his home town on the NSW and Victorian border. 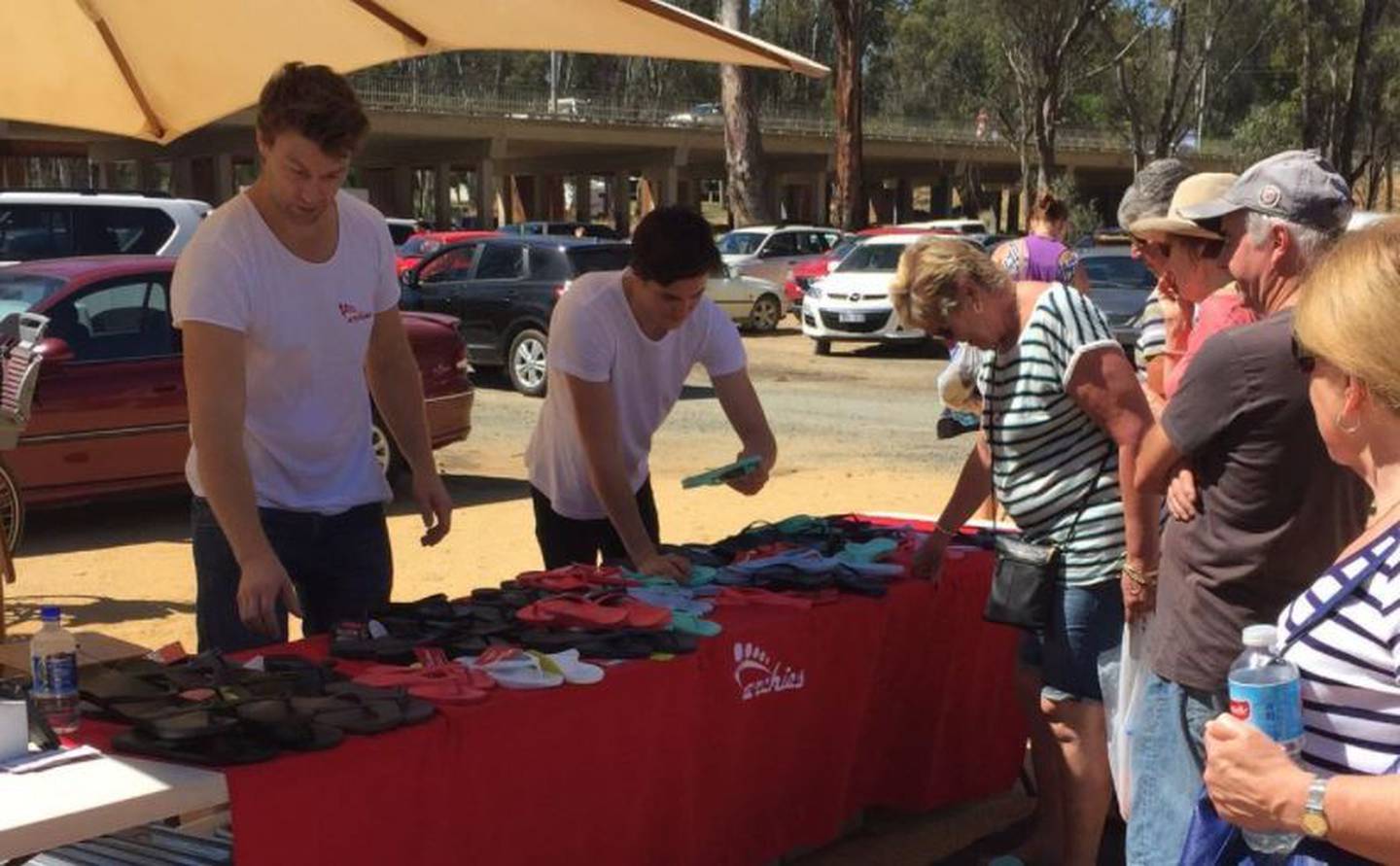 Jones started selling the thongs at local farmers markets including in his home town on the NSW and Victorian border. Photo / Archies Footwear

"I remember several people telling me not to bother with the mobile market but I thought 'why?'," he said.

After about three hours of no visitors, a line rapidly formed and the shoe was a hit.

Jones then travelled to Queensland to sell Archies at various markets during the warmer months before slowly pitching the product to retailers.

"We started to have physios and podiatrists come to the markets, telling us how much they really liked our products," he said.

"Then we started to get stocked in retailers. They would come to the markets and it spread from there."

Archies thongs are now sold in more than 3000 stores across Australia and the globe, and has garnered so much attention that one of the AFL's most notable players – Dustin Martin - became involved.

"We always saw him wearing Archies on his Instagram, so we approached him through a mutual friend and asked him if he would like to be involved with our brand on an official basis," Jones said.

"He jumped at the opportunity."

Like most start-ups, Archies was slowly walking up a pretty steep hill but it has paid off because Jones' design is now one of the most sought-after orthotic thongs in Australia, and the choice of many of Australia's elite athletes such as Port Adelaide powerhouse and Brownlow medallist Ollie Wines.

Wines and Martin are just some of the AFL stars donning the orthotic thongs, along with players including Scott Pendlebury and Patrick Cripps.

The brand has also started donating thousands of pairs to healthcare workers at local hospital across Victoria and NSW.

"After being on their feet all day supporting those who need it most in Australia, we thought what better way is there for us to be able to help our health care workers relax than look after their feet in a pair of Archies?" Jones said.

He has also launched a sister brand called Secra Shoes, which is in its infancy. More designs are launching in coming months.