Albany County District Attorney David Soares' decision comes three days before the Democratic ex-governor was due to answer the misdemeanour charge in court.

"While we found the complainant in this case cooperative and credible, after review of all the available evidence, we have concluded that we cannot meet our burden at trial," Soares said in a statement.

He said he was "deeply troubled" by the allegation but was requesting that a complaint that the county sheriff filed in October be dismissed.

The criminal complaint accused Cuomo of forcible touching. Soares had suggested the complaint was problematic.

The sheriff's complaint did not name the woman, but she has identified herself as Brittany Commisso. She was one of Cuomo's executive assistants before he resigned amid sexual misconduct allegations in August. Rita Glavin, attorney for former Governor Andrew Cuomo, speaks alongside a photo of Brittany Commisso, an executive assistant to Cuomo. Photo / Office of the Governor of New York via AP, File

Commisso "had no control over the filing or prosecution of criminal charges. She had no authority or voice in those decisions", her lawyer, Brian Premo, said in a statement.

"The only thing she has any power over is her resolution to continue to speak the truth and seek justice in an appropriate civil action, which she will do in due course," he added. There was no immediate comment from Cuomo, who resigned in August.

The Times-Union of Albany first reported that the charge would be dropped.

Commisso says Cuomo slid his hand up her blouse and grabbed her breast when they were alone in an office at the governor's mansion in Albany in late 2020.

Her testimony was included in a report, released in August by state Attorney General Letitia James, that concluded Cuomo sexually harassed 11 women. Cuomo announced his resignation a week after the release of the report, which he has attacked as inaccurate and biased.

"I knew, and he knew, too, that that was wrong," Commisso told investigators for the attorney general's office. "And that I in no way, shape or form invited that, nor did I ask for it. I didn't want it."

"I would have to lose my mind to do some – such a thing. It would be an act of insanity to touch a woman's breast and make myself vulnerable to a woman for such an accusation," Cuomo told lawyers investigating sexual harassment accusations for the attorney general, a fellow Democrat.

Cuomo attorney Rita Glavin has said that Commisso had an "evolving version" of what happened.

Soares later criticised Apple for "unilaterally and inexplicably" filing a complaint without first consulting with his office. The prosecutor criticised Apple's filing as "potentially defective" in asking a judge to delay Cuomo's arraignment from November to January.

Apple has said the court paperwork was processed quickly, before he had a chance to consult with the district attorney. But he said he was confident in the strength of the case.

The Associated Press doesn't identify people who say they have been sexually assaulted unless they decide to tell their stories publicly, as Commisso has done in interviews.

Several prosecutors around the state launched investigations after the attorney general's report. 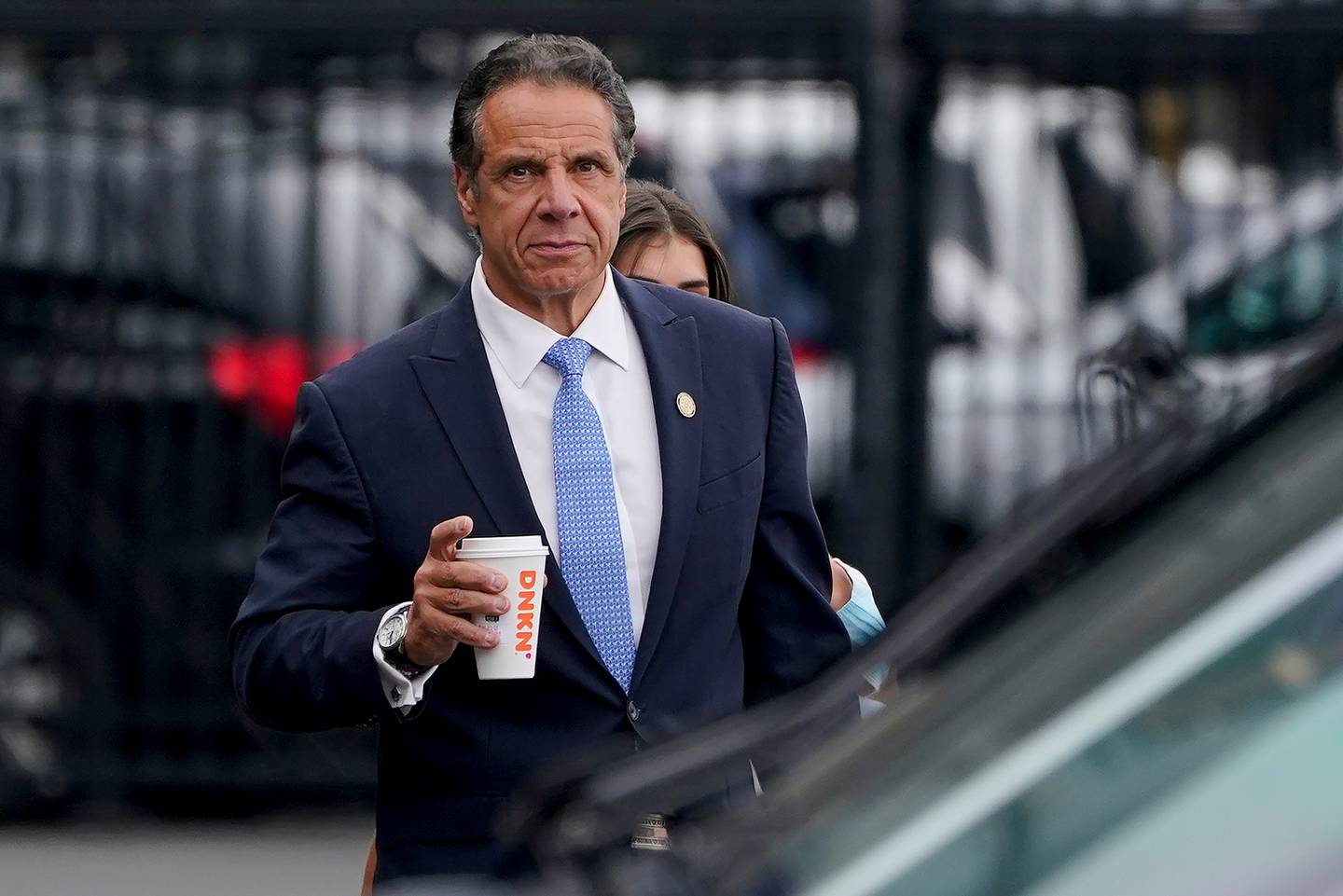 The development in Albany comes after two prosecutors in the New York City suburbs separately announced that Cuomo would not face criminal charges for allegations involving other women.

A Long Island prosecutor announced on December 23 that there would be no charges after a female state trooper on Cuomo's security detail told state investigators that he ran his hand across her abdomen at an event at Belmont Park in September 2019.

Five days later, the district attorney in Westchester County announced Cuomo would not face charges stemming from allegations from that same trooper and another woman that the former governor planted unwanted kisses on their cheeks.

In both instances, the prosecutors said the allegations were credible, but that they could not pursue criminal charges.

On Monday, a lawyer for Cuomo said the Manhattan district attorney's office told him it had closed an investigation into how Cuomo's office handled nursing homes during the coronavirus pandemic. The office declined to comment.

The office didn't disclose what it was looking into, but Cuomo faced scrutiny over his administration's reporting of nursing home residents' deaths and over an order that barred the homes from turning away recovering hospital patients because they had Covid-19.

Federal prosecutors have also been investigating the nursing home death data issue.
The state attorney general, meanwhile, has been investigating Cuomo's use of aides to help craft and promote his pandemic memoir. Cuomo said they volunteered, using their personal time.