A judge concluded Friday that there was enough evidence to convict British socialite Ghislaine Maxwell of sex trafficking girls for financier Jeffrey Epstein to sexually abuse, but she also gave Maxwell a legal victory by concluding that three conspiracy counts charged the same crime and she can only be sentenced for one.

U.S. District Judge Alison J. Nathan said in her written ruling that the jury's guilty verdicts were "readily supported" by extensive witness testimony and documentary evidence at a one-month trial that concluded in December.

Lawyers for Maxwell had asked her to reject the verdict on multiple grounds, including insufficient evidence.

Maxwell, 60, was convicted of recruiting teenage girls for financier Jeffrey Epstein to sexually abuse from 1994 to 2004.

Nathan said that she'll only sentence Maxwell in late June on three of the five counts she was convicted on after concluding that two conspiracy counts were duplicates of the third.

"This legal conclusion in no way calls into question the factual findings made by the jury. Rather, it underscores that the jury unanimously found – three times over – that the Defendant is guilty of conspiring with Epstein to entice, transport, and traffic underage girls for sexual abuse," Nathan wrote. 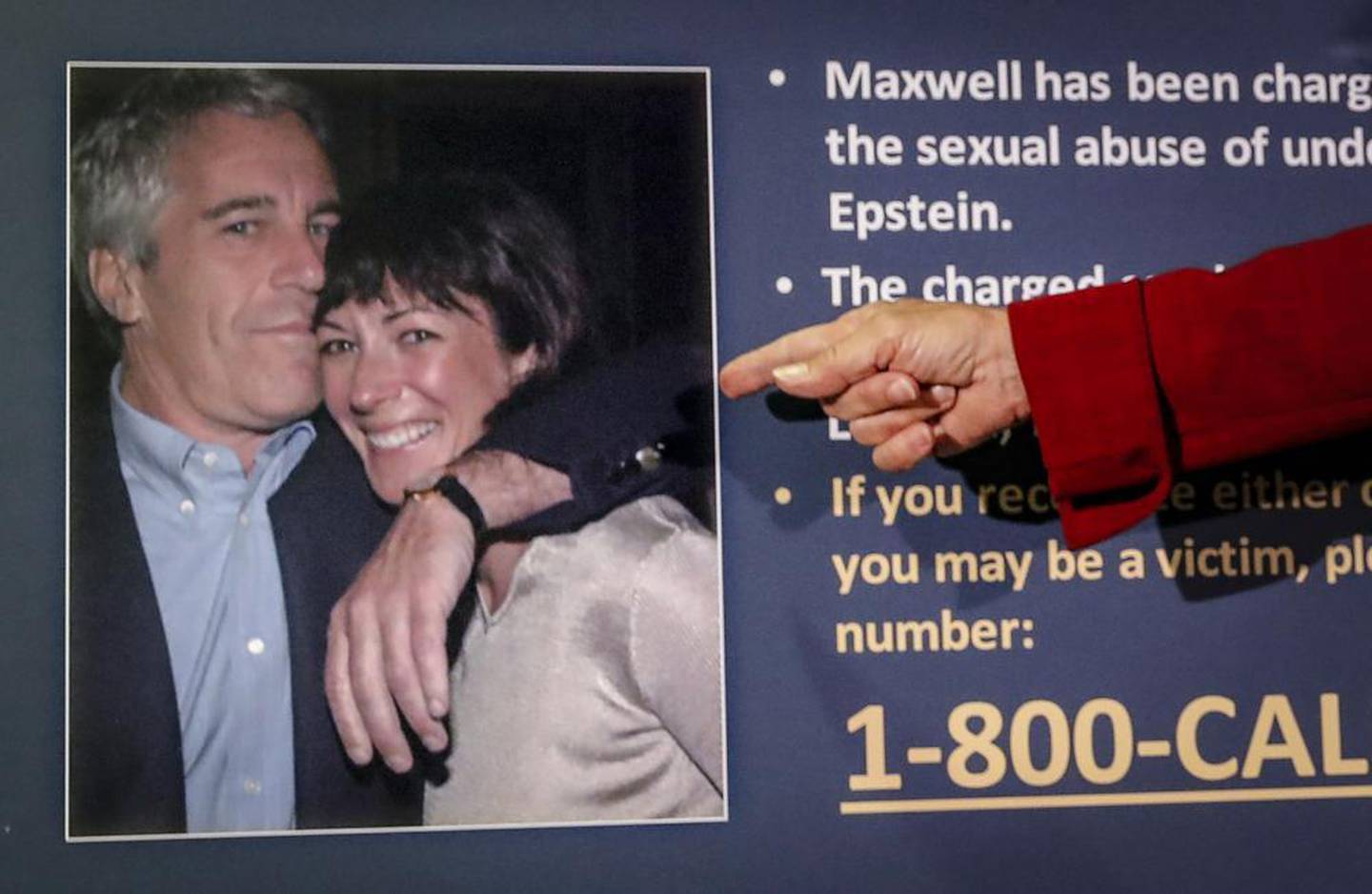 Audrey Strauss, acting U.S. attorney for the Southern District of New York, points to a photo of Jeffrey Epstein and Ghislaine Maxwell, during a news conference in New York in 2020. Photo / AP

The reduction of counts from five to three was not expected to have much effect on the sentencing, when Maxwell could face a sentence ranging from several years to decades in prison.

Earlier this month, the judge refused to toss out Maxwell's conviction after a juror disclosed to other jurors during jury deliberations that he had been sexually abused as a child even though he had not revealed that fact in response to questions about prior sex abuse posed in a written questionnaire.

The juror had said he "skimmed way too fast" through the questionnaire and did not intentionally give the wrong answer to a question about sex abuse.

In refusing to toss the verdict, Nathan said the juror's failure to disclose his prior sexual abuse during the jury selection process was highly unfortunate, but not deliberate.

The judge also concluded the juror "harboured no bias toward the defendant and could serve as a fair and impartial juror."

Maxwell, arrested in July 2020, has remained incarcerated. Epstein was 66 when he took his own life in a federal jail cell in August 2019 as he awaited a sex trafficking trial.