Ghislaine Maxwell's lawyers have told a court that inmates are plotting to murder her for cash and infamy, in a plea for leniency two weeks before her scheduled court sentencing for child sex trafficking.

Maxwell, 60, was convicted late last year of recruiting and grooming young girls to be sexually abused by the late US financier and convicted paedophile Jeffrey Epstein.

A jury found her guilty on five of six counts, the most serious being for sex trafficking minors.

Her sentence, which is slated to be handed down on June 28 in Manhattan's federal court, could be an effective life behind bars.

In a filing to the court on Wednesday, Maxwell's legal team stated that one inmate admitted to a plan to "strangle" the convicted sex trafficker as she slept, in a murder-for-hire scheme.

"[One] of the female inmates in Ms Maxwell's housing unit told at least three other inmates that she had been offered money to murder Ms Maxwell and that she planned to strangle her in her sleep."

The unnamed inmate allegedly said "she had been offered money to murder" and claimed the payout would be worth "an additional 20 years' incarceration," the document stated.

The inmate in question was later moved to a different unit "presumably to protect Ms Maxwell", according to her legal team. The incident has not been independently confirmed, and the US attorney's office has declined to comment on the claim. Maxwell cited a traumatic childhood and vulnerability to US financier Jeffrey Epstein in a plea for leniency. Photo / US District Court for the Southern District of New York

But Maxwell's defence lawyers have insisted that "this incident reflects the brutal reality that there are numerous prison inmates who would not hesitate to kill Ms Maxwell - whether for money, fame, or simple 'street cred'."

In the brief, Maxwell's lawyers cited her traumatic childhood and vulnerability to Epstein in urging Judge Alison Nathan to sentence the disgraced British socialite to less than the probation department's recommended 20 years.

"This Court cannot sentence Ms Maxwell as if she were a proxy for Epstein simply because Epstein is no longer here," her lawyers wrote.

"Ms Maxwell cannot and should not bear all the punishment for which Epstein should have been held responsible."

Maxwell's lawyers emphasised her emotional wounds, saying that "she had a difficult, traumatic childhood with an overbearing, narcissistic, and demanding father who beat her with a hammer".

"It made her vulnerable to Epstein, whom she met right after her father's death," the lawyers said.

"It is the biggest mistake she made in her life and one that she has not and never will repeat."

They also pointed out that "other similarly charged defendants" – including sexual abuser and cultist Keith Raniere and disgraced pop star and paedophile R Kelly – were both given conventional detention "in general population" in Brooklyn before their convictions, in contrast to Maxwell.

The Oxford-educated daughter of the late British press baron Robert Maxwell and former international jetsetter grew up in wealth and privilege as a friend to royalty. 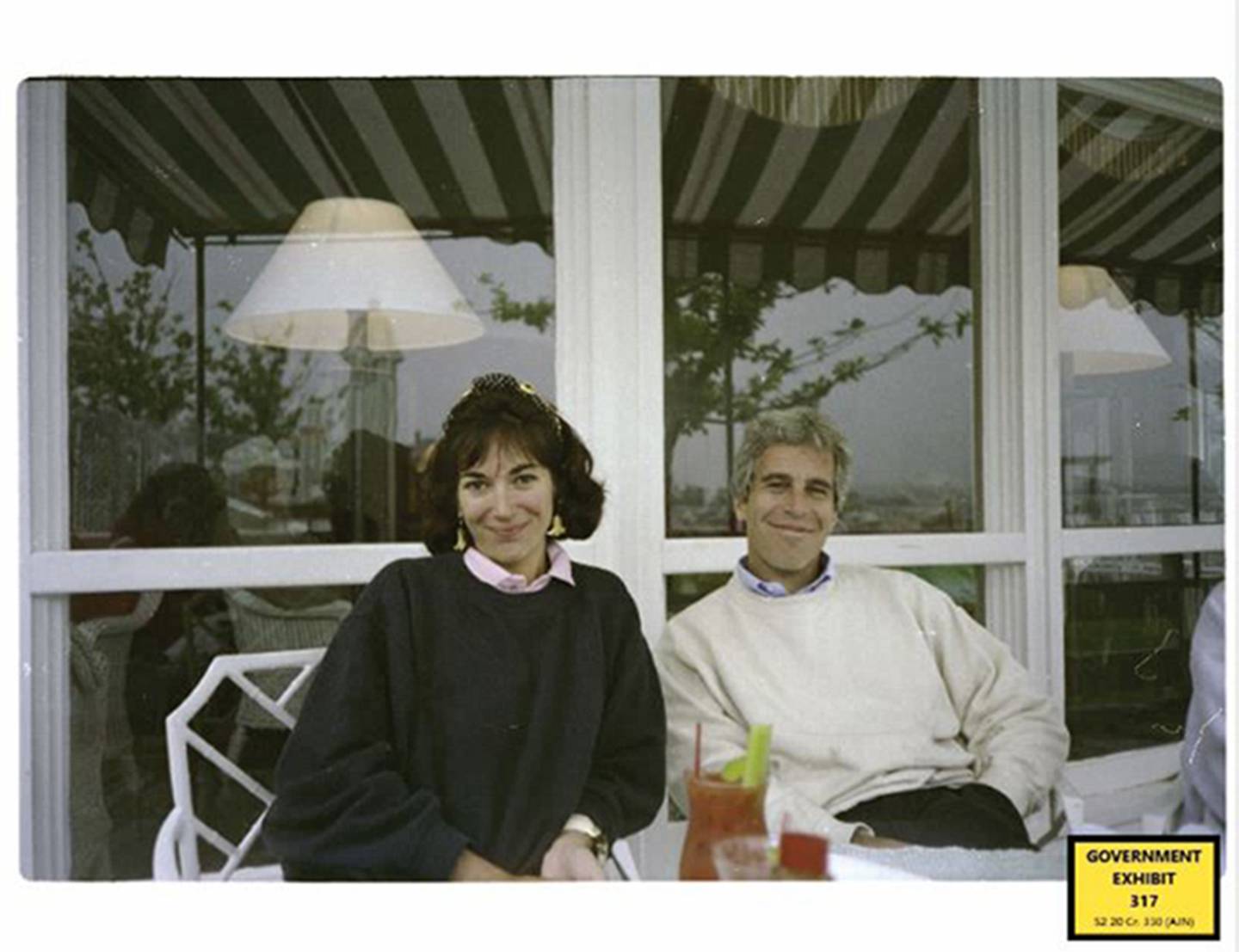 Former British socialite Ghislaine Maxwell and the late US financier Jeffrey Epstein. Photo / US District Court for the Southern District of New York

Prosecutors in her trial said Maxwell was "the key" to Epstein's scheme of enticing young girls to give him massages, during which he would sexually abuse them.

Epstein died by suicide in his jail cell in 2019 while awaiting his own sex crimes trial in New York.

In February, Prince Andrew settled a sexual abuse lawsuit with Virginia Giuffre, who said she had been trafficked to the royal by Epstein and Maxwell.