The chop of US military helicopters whisking American diplomats to Kabul's airport on Sunday punctuated a frantic rush by thousands of other foreigners and Afghans to flee to safety as well, as a stunningly swift Taliban takeover reached Afghanistan's capital.

US reports of gunfire at the airport threatened to shut down one of the last avenues of escape in an ever-more chaotic and compressed evacuation.

Nato allies that had pulled out their forces ahead of the Biden administration's intended August 31 withdrawal deadline were rushing troops back in this weekend to airlift their citizens, while the Pentagon was sending in fresh reinforcements. 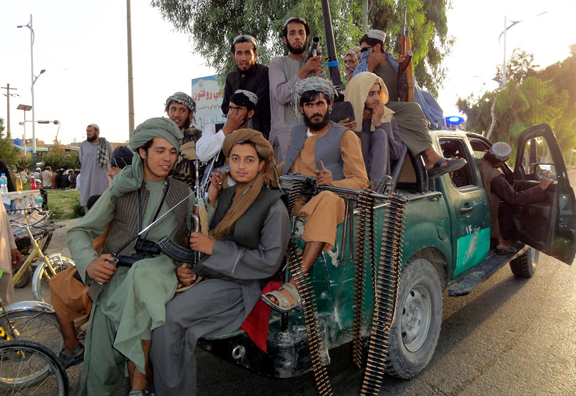 Some complained the US was failing to move fast enough to bring to safety the Afghans who fear retribution from the Taliban for past work with the Americans and other Nato forces.

"This is murder by incompetence," said US Air Force veteran Sam Lerman, struggling on Sunday from his home in Woodbridge, Virginia, to find a way out for an Afghan contractor who had guarded Americans and other Nato forces at Afghanistan's Bagram air base for a decade.

Massouma Tajik, a 22-year-old data analyst, was among hundreds of Afghans waiting anxiously in the Kabul airport to board an evacuation flight.

"I see people crying, they are not sure whether their flight will happen or not. Neither am I," she said by phone, with panic in her voice.

Educated Afghan women have some of the most to lose under the fundamentalist Taliban, whose past government, overthrown by the US-led invasion in 2001, sought to largely confine women to the home.

Taliban forces moved early on Sunday into a capital beset by fear and declared they were awaiting a peaceful surrender, capping a stunning sweep of Afghanistan in just the past week.

That arrival of the first waves of Taliban insurgents into Kabul prompted the US to evacuate the embassy in full, apparently leaving only a core of US diplomats at the airport for the time being. 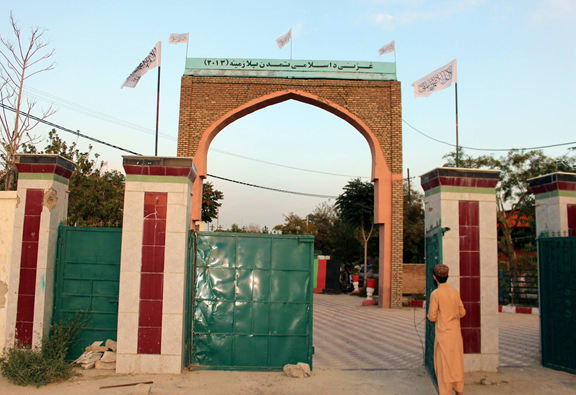 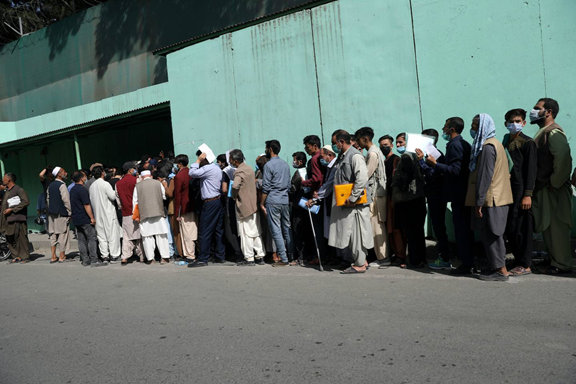 Afghans wait in long lines for hours to get visas in front of the Iranian embassy, in Kabul, Afghanistan. Photo / AP A US Chinook helicopter flies over the city of Kabul, Afghanistan on Sunday. Photo / AP

Even as CH-47 helicopters shuttled American diplomats to the airport, and facing criticism at home over the administration's handling of the withdrawal, Secretary of State Antony Blinken rejected comparisons to the 1975 fall of Saigon.

"One of the reasons we have been able to respond as quickly as we have these past few days is because we were ready for this contingency," Kirby said.

To many, however, the evacuations, and last-ditch rescue attempts by Americans and other foreigners trying to save Afghan allies, appeared far from orderly.

An Italian journalist, Francesca Mannocchi, posted a video of an Italian helicopter carrying her to the airport, an armed soldier standing guard at a window. Mannochi described watching columns of smoke rising from Kabul as she flew. Some were from fires that workers at the U.S. Embassy and others were using to keep sensitive material from falling in Taliban hands.

Hundreds or more Afghans crowded in a part of the airport away from many of the evacuating Westerners. Some of them, including a man with a broken leg sitting on the ground, lined up for what was expected to be a last flight out by the country's Ariana Airlines.

US officials reported gunfire near the airport on Sunday evening and urged civilians to stop coming. US military officials later announced closing the airport to commercial flights, shutting one of the last avenues of escape for ordinary Afghans.

US C-17 transport planes were due to bring thousands of fresh American troops to the airport, then fly out again with evacuating US Embassy staffers. The Pentagon was now sending an additional 1000 troops, bringing the total number to about 6000, a US defence official said on Sunday, speaking on condition of anonymity to discuss a deployment decision not yet announced by the Pentagon.

The Pentagon intends to have enough aircraft to fly out as many as 5000 civilians a day, both Americans and the Afghan translators and others who worked with the US during the war.

But tens of thousands of Afghans who have worked with US and other Nato forces are seeking to flee with family members. And it was by no means clear how long Kabul's deteriorating security would allow any evacuations to continue.

German Foreign Minister Heiko Maas, whose government had been one of many expressing surprise at the speed of the US withdrawal, told reporters in Berlin on Sunday that it was "difficult to endure" watching how quickly the Taliban took control of Afghanistan and how little government troops were able to do to stop them.

At a North Carolina-based adoption agency, Mary Beth Lee King sought a way to extricate two Afghan boys, ages 11 and 2, due for adoption by families in America.

"I am terrified and heartbroken. I can only imagine what they themselves are feeling," King said of the children's adoptive parents and Afghan families.

"Even if the US won't admit them to the US, get them somewhere, so that ... we know that they are alive and safe," she said of the two Afghan children.

In Virginia, Lerman, the Air Force veteran, stayed up overnight Saturday to Sunday to finish an application for a special US visa programme meant to rescue Afghans who had worked with Americans.

When Lerman hit "send," he got a message saying the State Department email box for the rescue programme was full, he said, sharing screenshots.

The Afghan security contractor he was working to get out was sitting frightened inside his home with the blinds drawn and Taliban fighters outside, he said.

The State Department said late Sunday afternoon it believed it had fixed the problem.

"Never in my life have I been ashamed to be an American before," Lerman said. "And I am, deeply."