Three words from former First Lady Melania Trump was all it took to kick off fresh speculation husband Donald Trump could be preparing to run for president – again.

In her first interview since leaving the White House in January 2021 after Donald Trump's crushing election defeat, the 52-year-old spoke with Fox & Friends Weekend co-host Pete Hegseth about her infamous Vogue snub, her NFT projects and the leadership of Donald Trump's successor, Joe Biden.

But it was one major clue about the Trumps' future plans that raised eyebrows, with the mother of one hinting to the network the couple could be plotting a presidential comeback.

"I think we achieved a lot in four years of the Trump administration," she said of her husband's single term in office.

When pressed directly about whether she would return to the White House if Mr Trump decided to go after the top job again in 2024, she confirmed it was a possibility. 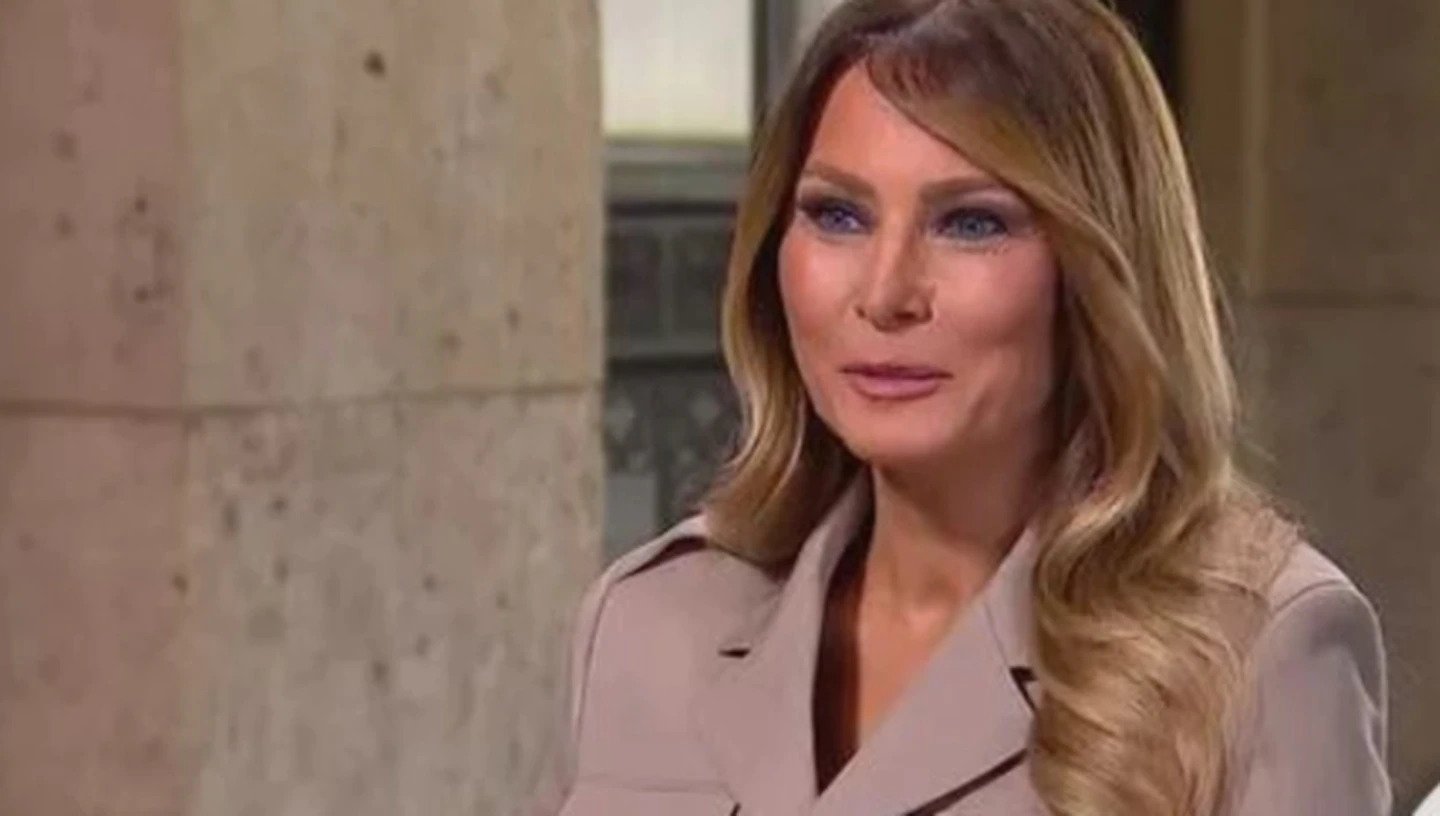 While he has not yet confirmed either way, Donald Trump has also fuelled speculation he was eyeing the presidency by campaigning across the country for a string of Republican midterm election candidates.

In recent times, the fashion bible has featured new First Ladies on its cover, with Jill Biden, Michelle Obama and Hillary Clinton all gracing the front.

She told Fox she had "never" been given the honour as First Lady, blaming the slight on political bias.

"They are biased, and they have likes and dislikes, and it's so obvious," she said.

"And I think American people and everyone see it, and I have much more important things to do – and I did in the White House – than being on the cover of Vogue.

"People I see always criticise me, whatever I do, and I'm used to that. I move forward, and I'm here … helping people, and that is the mission."

She also took the opportunity to lay into Joe Biden's presidency, claiming the American people were struggling under his administration.

"I think it's sad to see what's going on, if you really look deeply into it," she said. "I think a lot of people are struggling and suffering and what is going on around the world as well.

"So, it's very sad to see and I hope it changes fast."

The US is currently in the grip of soaring inflation, sparking fears of aggressive interest rate hikes by the Federal Reserve.

Last December, Donald Trump dropped a major hint he was considering a rerun during an interview with Nigel Farage for UK channel GB News.

Just a month prior, Mr Trump had also made headlines after telling Fox he was "certainly thinking about" running again in 2024.

For Mr Trump to be eligible to run in 2024, he'll need to win the Republican presidential nomination – and officially, the campaign for that role doesn't begin until after the US's midterm elections in November 2022.