Desperate Housewives star Felicity Huffman has broken down in a US court as she pleaded guilty over her involvement in a nationwide college admissions scandal.

Huffman, 56, pleaded guilty on Monday to allegations she paid a fake charity $15,000 to rig her daughter's SAT score in a bid to secure her a spot in a prominent university.

She arrived at Boston federal court holding her brother Moore Huffman Junior's hand and remained silent as she entered the building for the afternoon hearing. Her actor husband William H. Macy, who is not charged, didn't appear in court.

The judge asked Huffman if she had "any dispute that you reached an agreement and ultimately paid $15,000 to enable (a bribed scorer) to correct your daughter's SAT test?"

"No, your honour," Huffman replied.

The star broke down crying as she told the judge that her daughter and the psychologist who helped the teen get extra test time had no knowledge of the scheme.

"Everything else (the prosecutor) said I did, I did," she said.

The court heard that the government will seek a four month prison term for Huffman, 12 months of supervised release, and a $20,000 fine. She was released on current bail conditions and will be sentenced on September 13.

Huffman entered her plea two months after she was arrested in the investigation named "Operation Varsity Blues," which accused wealthy parents of paying bribes to help their children get into elite universities across the country. She is among 14 parents who agreed to plead guilty to charges in the case. 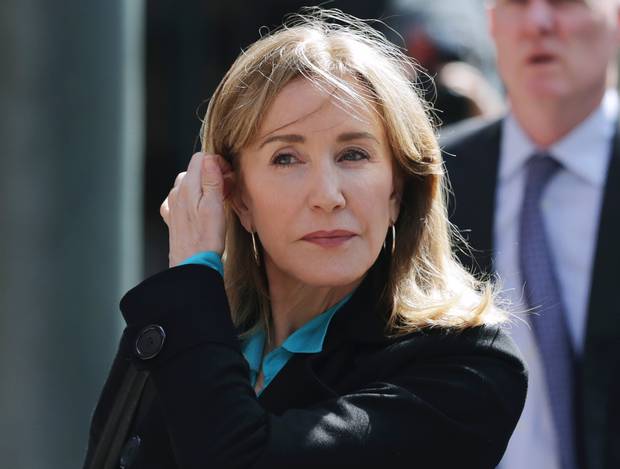 The case has put the career of the Emmy-winning actor in turmoil and laid bare the elite's ability to influence the education system.

Authorities have called it the biggest college admissions cheating scandal ever prosecuted in the US, ensnaring Hollywood stars and business executives as well as coaches at such prestigious schools as Georgetown and Yale.

The parents are accused of paying an admissions consultant to bribe coaches in exchange for helping their children get into school as athletic recruits. The consultant, Rick Singer, also paid off entrance exam administrators to allow a proctor to take tests for students or fix their answers, authorities say. Huffman paid Singer $15,000 to have a proctor correct her older daughter's SAT answers and considered going through with the plan for her younger daughter before deciding not to, authorities say.

Huffman and Singer exchanged emails on how to provide her daughter with extra time to take the SAT exam and arranged for the child to take the test in a location controlled by an administrator whom Singer had bribed, according to the complaint.

Huffman's daughter received an SAT score of 1420 out of a possible 1600 - about 400 points higher than her Preliminary SAT exam a year earlier.

Huffman later discussed the scheme in a recorded phone call with Singer, the complaint says.

Huffman has apologised and said her daughter was unaware of her actions. "I am in full acceptance of my guilt, and with deep regret and shame over what I have done, I accept full responsibility for my actions and will accept the consequences that stem from those actions," the Emmy-winning actress said in an emailed statement last month.

Los Angeles businessman Devin Sloane, who authorities say paid $250,000 to get his son into USC as a fake water polo recruit, appeared in court alongside Huffman and also entered a guilty plea. 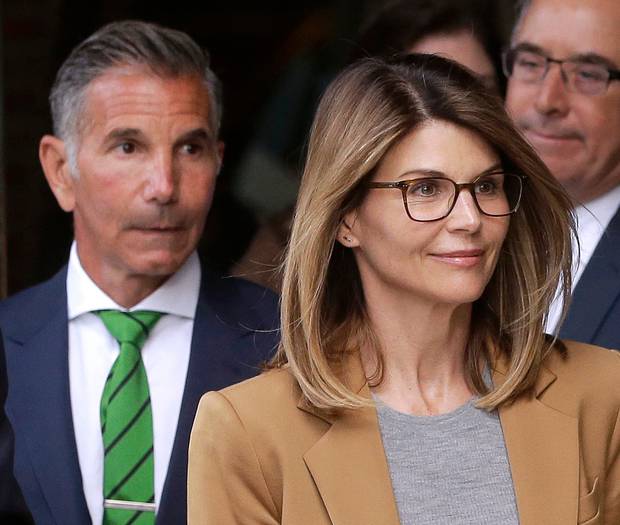 Sloane, who founded a drinking and wastewater systems company, bought water polo gear online and worked with a graphic designer to create a bogus photo of his son playing the sport for the teen's application, officials say. His charge is the same as Huffman's but prosecutors said he paid a lot more money for the scheme and recommended he serve 12 months in prison and pay a $75,000 fine.

Some parents have decided to fight the charges.

Fellow actress Lori Loughlin and her fashion designer husband, Mossimo Giannulli, have pleaded not guilty to paying $500,000 in bribes to get their daughters into the University of Southern California as crew recruits even though neither of them is a rower.