After being missing for more than a week, the Federal Bureau of Investigation has issued an arrest warrant for Brian Laundrie.

According to the arrest documents issued by the FBI, the warrant is "pursuant to a Federal Grand Jury indictment related to Laundrie's activities following the death of Gabrielle Petito".

"While this warrant allows law enforcement to arrest Mr Laundrie, the FBI and our partner across the country continue to investigate the facts and circumstances of Ms Petito's homicide," FBI Denver Special Agent in Charge Michael Schneider said in a statement. 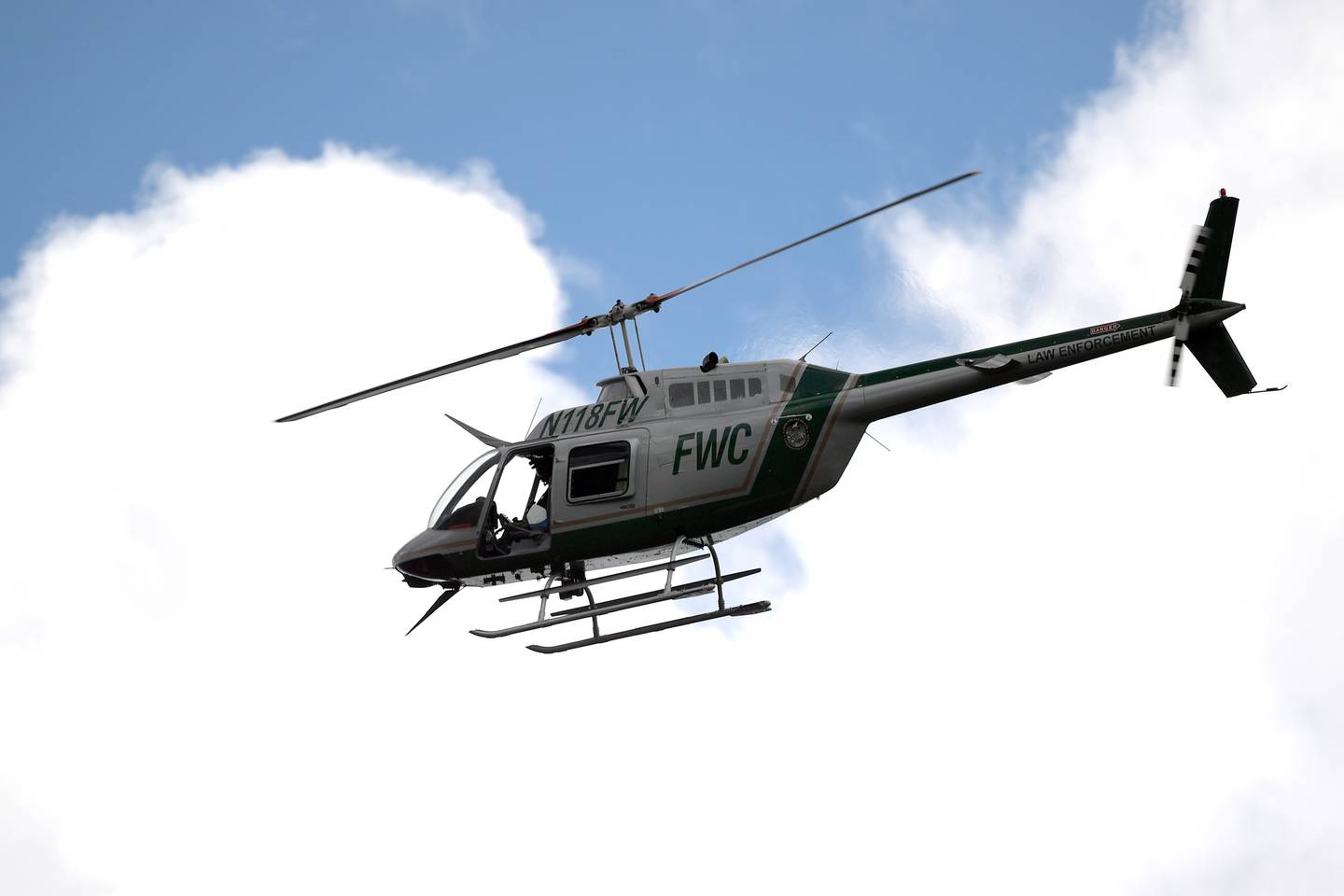 A Florida Fish and Wildlife Conservation Commission helicopter flies overhead during a search for Brian Laundrie in the Carlton Reserve. Photo / AP

The FBI discovered Petito's remains in the Bridger-Teton National Forest in Wyoming on Sunday after an extensive air and ground search commenced after family reported her missing on September 11. 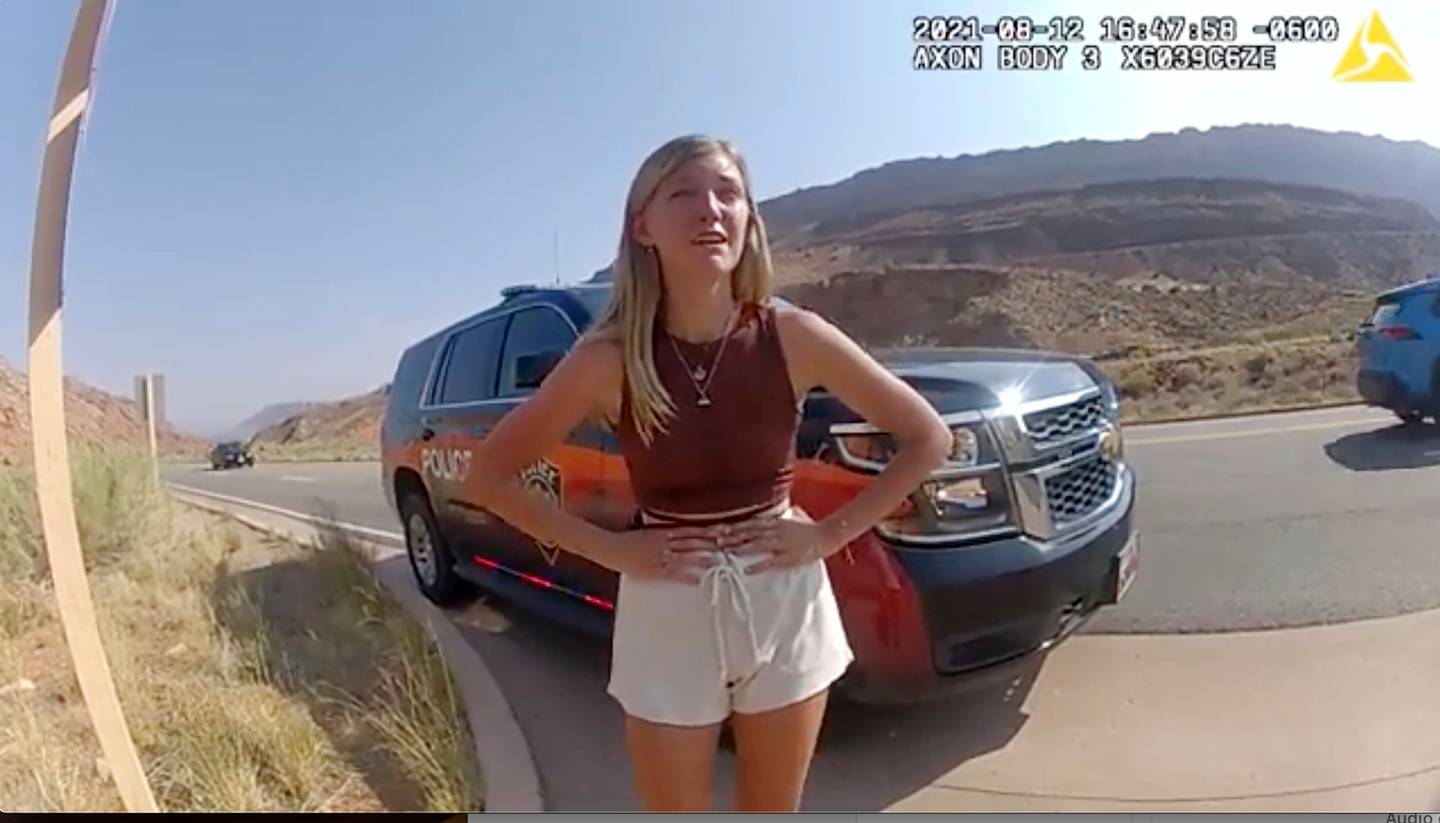 Gabrielle Petito talking to a police officer after police pulled over the van she was travelling in with Brian Laundrie. Photo / AP

Petito and her 23-year-old fiance Laundrie were travelling from New York to Oregon in a white 2012 Ford Transit van that they converted into a camper when she disappeared in late August.

Laundrie returned home to his parents' house in North Port, Florida, where the couple lived, on September 1 with no sign of his fiance. Brian Laundrie talking to a police officer after police pulled over the van he was traveling in. Photo / AP

Laundrie is a person of interest in the case and has since also been reported missing. North Port law enforcement officers are continuing their search for any signs of the man in an area of Carlton Reserve, not far from Laundrie's family home. 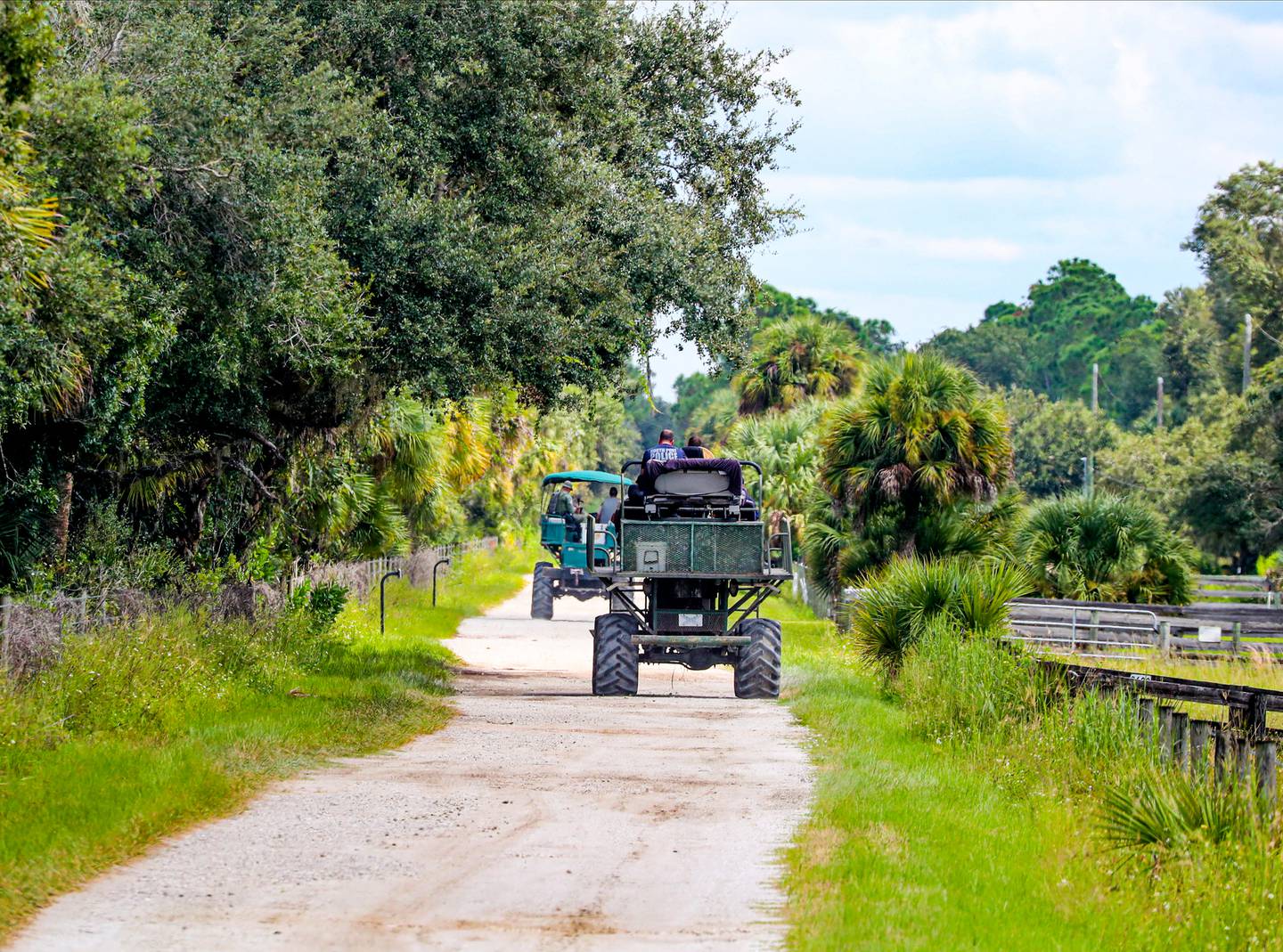 Law enforcement drive swamp buggies down a dirt road on the Southside of the Carlton Reserve, as they search for any signs of Brian Laundrie. Photo / AP

Laundrie's parents, Christopher and Roberta, reported their son as "missing" on Friday, September 17 after he went for a hike in the 10,000-hectare reserve on Tuesday, September 14.

Laundrie's parents claim he set off in his silver Ford Mustang and a backpack for the nature reserve and hasn't been seen since.

After being reported missing, an extensive land, water and air search has been conducted by both the North Port Police Department and the FBI of the reserve, however Laundrie remains at large.