The father of a backpacker missing from a town in northern NSW for 17 days has broken down as he made an emotional plea for information in the search for his son.

Laurent Hayez made an emotional plea to the public for information, saying he promised Theo's little brother Lucas he would bring the missing teenager home.

"We know that Theo used WhatsApp the night he disappeared. We understand the politics about confidentiality and respect that. However, this is a question of providing assistance to a person in grave danger," he said.

"Guys, if you have any information and if you do not want to deal with the cops, or if you are afraid to come forward, please make an anonymous call to Crime Stoppers on 1800 333 000," Mr Hayez urged the public.

"I promised Theo's little brother, Lucas, that I would bring his brother home. Please, help me keep my promise to him. People have the power that love rules."

The Belgian father fought through tears as he thanked the public for donating to crowd-funding pages, allowing him to travel to Australia and join the search for his son.

Laurent said as soon as his son was found, he and Theo's mother would donate leftover funds to Belgian and Australian charities for a missing person.

Theo Hayez, 18, was last seen leaving the Cheeky Monkey's restaurant and bar on Jonson Street, Byron Bay, after having a drink, at about 11pm on May 31. Police have also confirmed that earlier that night Theo was seen buying takeaway alcohol from a bottle shop in CCTV footage.

Police were alerted that Theo was missing days after he was last seen on May 31 — a formal missing person report was filed on June 6, after he failed to return to the hostel or check out of his room.

Tweed/Byron Police District Commander Superintendent Dave Roptell today said police were "baffled" by the teen's disappearance, and had failed to grasp any strong leads assisting them with their inquiries. 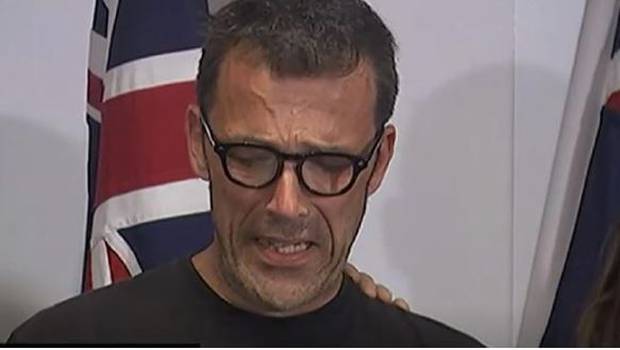 Laurent Hayez arrived in the country late last week and spent the weekend helping with the search. Photo / Supplied

He said police would today release CCTV footage showing what Theo was wearing when he was seen buying alcohol at a bottle shop.

"On Saturday, myself, Detective Inspector Grant Ericsson, his father, Lehore, and another close family member drove around the Byron Bay area for a number of hours. We were showing Lehore exactly where we have been searching and where we intend to search," Superintendent Roptell said.

"Also the speculation that's been occurring through social media and the media, we wanted to put Lehore's mind to rest that he knows ... that we're out there searching around the clock because we do not want to let any stone unturned."

Police said today's search efforts would be focused around the Lighthouse in Byron. "(We are) not just focusing on one particular area or an area, but we do know that his phone may have been bouncing off towers around that time, but that's just something that we're just — we're going down that line of inquiry around that area," Superintendent Roptell said.

"So we can cover all areas. We haven't got specific locations, I want to make that clear. We have got a wide range of area we want to cover and the lighthouse is one of them."

Investigators believe that Theo's phone last pinged at 1.42pm on June 1, but Superintendent Roptell added police can't "categorically" be sure of the pings because the phone may have been in "sleep" mode.

Homicide investigators have travelled from Sydney and are making up part of the investigation.

"I'll say that again, we're not ruling anything out," Superintendent Roptell said when asked about the possibility of foul play.

"That's why we involved the homicide squad. But I want to be positive."

The Superintendent said he personally is hopefully that Theo is still alive, but doesn't want to put "false speculation" into the narrative about the missing backpacker as the search continues. 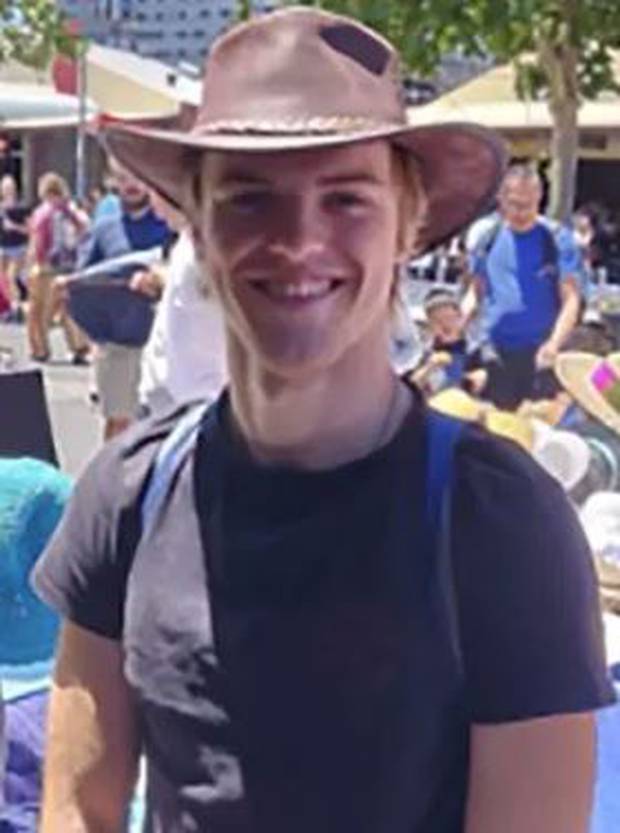 Police confirmed today that after Theo left the bar he was communicating with a family member on Messenger. Police believe the conversation was about a band that had plans to tour Australia.

Police also said the search for Theo was made "a little" more difficult by the fact that he wasn't reported missing until June 6, some five days after he is now believed to have last been heard from by anyone.

In the 17 days since Mr Hayez was last seen, police and SES crews searching him have found no trace of the missing backpacker.

As the search has continued, police have expanded the search area to beaches and bushland around the hostel, and wider Byron area, using drones and police dogs.

Helping to organise volunteers is Theo's cousin Lisa Hayez, who is currently living in Australia, and saw Theo days before he disappeared.

The young man had been backpacking solo around Australia, was active on WhatsApp the night he left the bar, chatting to a friend in Europe, but his phone has been offline since then.

The messages sent in the early hours of June 1 are the last known contact the young man made before his disappearance. However, the encrypted messaging app "takes ages" to hand information to police, according to Lisa. "Unfortunately it takes ages to WhatsApp to give any information to the police so if you could share this post so someone who knows someone who works for WhatsApp could help us to get (the information) ASAP!" Lisa wrote on Facebook.

"We would love to believe that he met a girl and had a fling … and that's why there's no sign of life," she told the broadcaster.

"But that just isn't him, that's not his style," she said, describing her son as a "meticulous planner".

"He is a conscientious, organised, responsible and attentive boy," she said.

Theo's father, Lehore Hayez, has travelled to Australia to help in the search for his son, and has assisted police and the SES in their search efforts. Homicide detectives from Sydney have also flown into Byron Bay to help with the investigation.

Mr Hayez will on Monday make a public appeal for information with police at Tweed Heads Police Station.

His cousin Lisa, who is living in Australia, had spent time with Theo in the days before his disappearance and has been heavily involved in the search effort.

"Theo is a very positive person, always smiling and in a good mood," she told 10 Daily in the days following his disappearance.

Dozens of Byron Bay locals have joined the search effort to help search for the missing teenager.

A business owner, Christos Tsesmetzis, joined the effort early and told The Age he felt "torn apart and exhausted" by the days of frantic searching.

Another local said in two decades in the town, known to house thousands of travellers and tourists, this was "totally next-level different".

Theo is caucasian, 180cm tall, with blonde hair and is Belgian. He was wearing a black hoodie and brown pants and black shoes when he went missing 17 days ago.