A nine-month-old baby has been confirmed as the victim of a suspected murder-suicide at a dam retaining wall in South Australia, alongside her father.

SA police were called to the Whispering Wall in Williamstown at 4.30pm on Wednesday, after witnesses reported seeing a man with an infant in a child carrier "jump off the wall".

When emergency services arrived they found a deceased man and the unresponsive child, who died despite the efforts of the public and paramedics.

While a formal identification has yet to be completed, police say the man is believed to be 38-year-old Henry Shepherdson and his daughter Kobi. 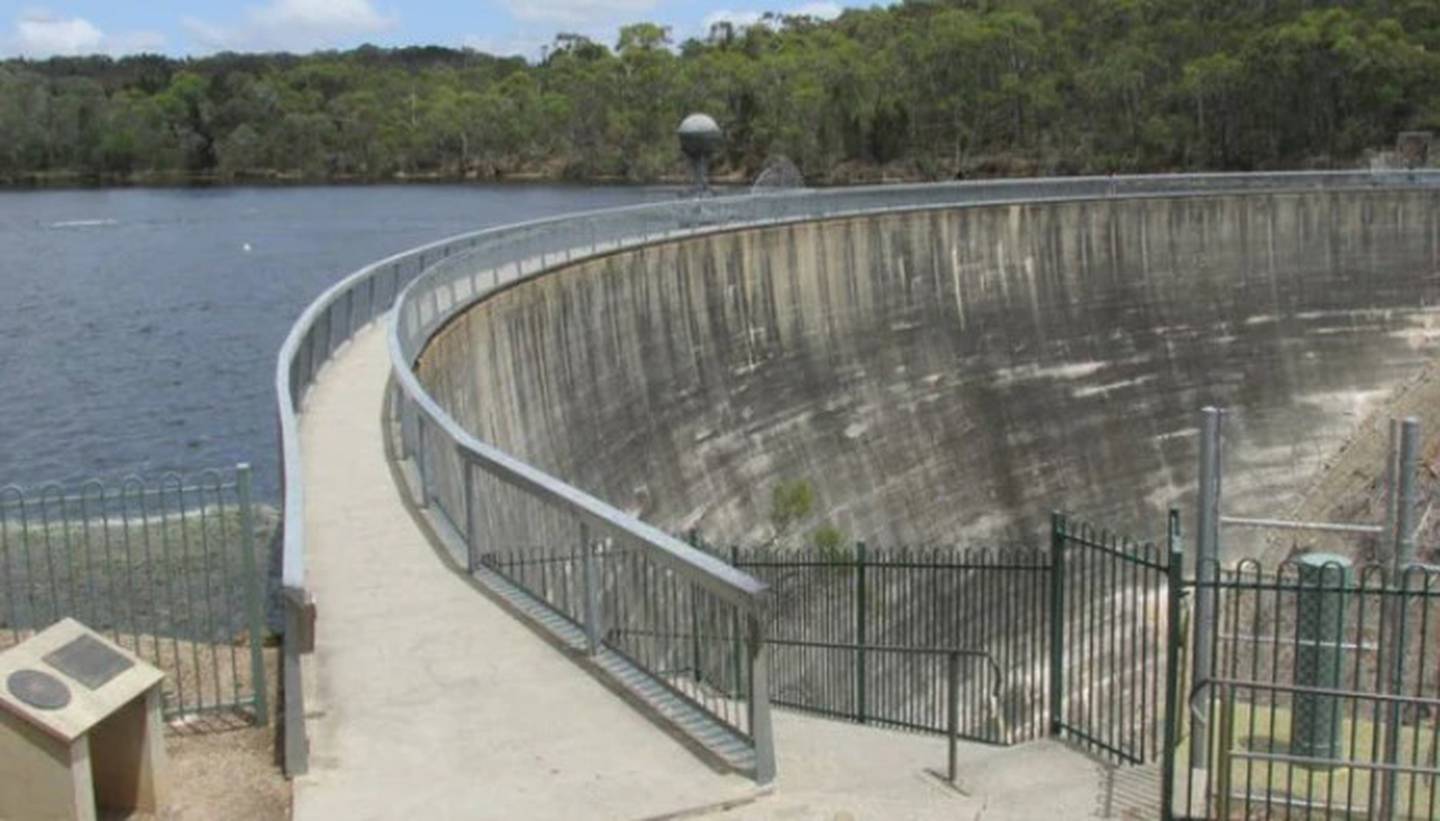 SA police were called to the Whispering Wall in Williamstown at 4.30pm on Wednesday. Photo / News Ltd

Kobi's mother released a number of her favourite photos of her daughter to police and the media, while asking for privacy at this "sad and tragic time".

Members of the public tried to save the baby before the pair fell, 7News reported.

"Every relationship is a complex thing, particularly when there is also domestic violence involved in the relationship," he told reporters on Thursday.

"And whilst I'm not at liberty to discuss the specifics of this particular situation, that will certainly form part of our investigation as to what was happening in the relationship and obviously, what was done prior to this particular incident

"(But) we have a beautiful face, which could probably be the face of domestic violence moving forward."

Assistant Commissioner Perrott said no one else is being sought over the deaths, and while Mr Shepherdson had lawful access to his daughter, there were court processes in place.

"The baby was not taken … but certainly the mother did contact Triple-0- as well," he said.

"My understanding is there was a very short time frame between the public notifying us of the incident having occurred and Kobi's mother making contact."

SA Police said they are supporting those impacted by this incident, including witnesses, including other children, who were at the scene.

"We have reached out to witnesses … We have to not only look after the families directly involved in this, but those people who are witnesses," Assistant Commissioner Parrott said.

"Obviously this is a highly distressing and emotional set of circumstances, not only for the family and friends of Kobi, and also Henry and Kobi's mother as well, but for the people who were witnesses who tried to assist Kobi at the scene.

"The emergency services who responded to this terrible tragedy and the extended family, friends and loved ones.

"The families of both the deceased have asked for privacy."

The Whispering Wall, in the southern Barossa Valley, is a 36 metre-high retaining wall for the Barossa Reservoir that attracts visitors for its unique acoustic effects.

According to the Barossa Australia website, "words whispered on one side can be clearly heard on the other, more than 100 metres away."

SA Water closed the dam to tourists on Thursday, while local Schubert MP Stephan Knoll described the incident as "awful".

A report will be prepared for the coroner.

Kobi Shepherdson's mother released this photo the media via police, saying this was her favourite picture of her daughter. Photo / Supplied, SA Police