American national security officials have warned President Joe Biden that "another terror attack in Kabul is likely" in the wake of Thursday's bombing, which killed 13 members of the US military and more than 170 Afghan civilians.

Mr Biden met with his national security advisers in the White House Situation Room this morning, and also spoke to commanders on the ground in Afghanistan.

"They advised the President and Vice President that another terror attack in Kabul is likely, but that they are taking maximum force protection measures at the airport," Press Secretary Jen Psaki said in a statement. 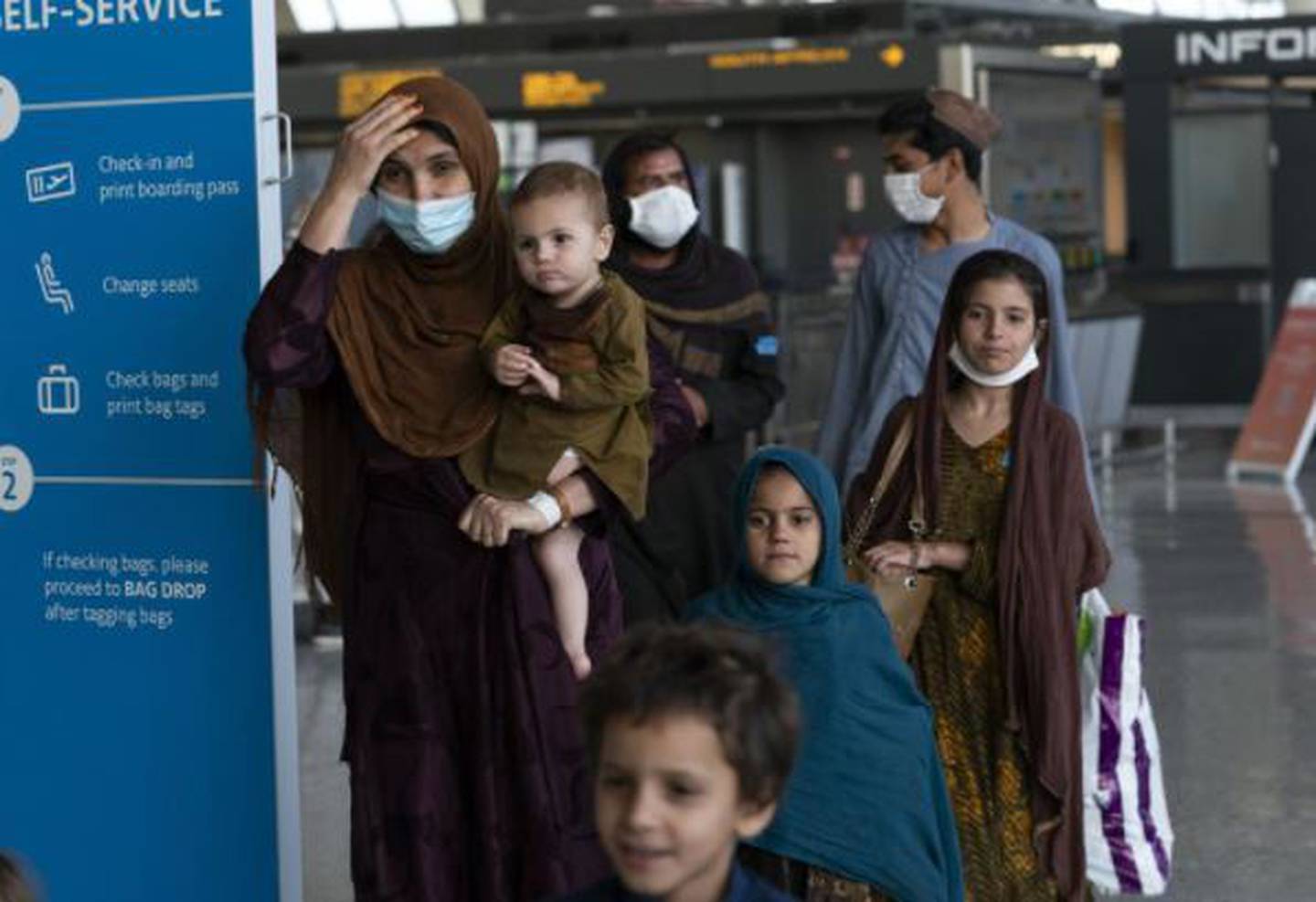 Families evacuated from Kabul, Afghanistan, walk through the terminal before boarding a bus after they arrived at Washington Dulles International Airport. Photo / AP

"They reported that even in the face of those threats, our courageous service women and men are continuing to operate a historic evacuation operation. The US military is airlifting out thousands of people every few hours."

The American commanders also updated Mr Biden on "plans to develop ISIS-K targets" in retaliation for the terror attack. Yesterday the President said he had asked the military to come up with operational plans to strike the Islamic State affiliate's "assets, leaders and facilities".

"The next few days of this mission will be the most dangerous period to date," said Ms Psaki.

"The President reaffirmed with the commanders his approval of all authorities they need to conduct the operation and protect our troops. All reported back that they have the resources they believe they need to do so effectively."

Before yesterday, no US soldier had been killed in Afghanistan since February of 2020. The loss of life was the worst US forces had suffered since August of 2011. People carry a dead body after the attacks outside the airport in Kabul, Afghanistan. Photo / AP

At today's media briefing, Ms Psaki was asked to clarify what Mr Biden meant when he said the US would "hunt down" the terrorists responsible and "make them pay".

"Is he going to order a mission to kill the people responsible, or would he be satisfied if they are captured and brought to trial?" a reporter asked.

She responded with an ominous warning.

"I think he made clear yesterday that he does not want them to live on the Earth anymore."

It was initially believed that two suicide bombers had detonated explosives, one at the airport's Abbey Gate and another near the Baron Hotel.

At today's Pentagon briefing, General Hank Taylor revealed there had actually been a single bomber, not two.

"I can confirm for you that we do not believe there was a second explosion at or near the Baron Hotel, that it was one suicide bomber," he said.

"We're not sure how that report was provided incorrectly, but we do know it's not any surprise that the confusion of very dynamic events like this can cause information sometimes to be misreported or garbled."

He said a single suicide vest was detonated near the gate, followed by gunfire from an unknown enemy position.

"There were shooters. We don't know the exact number."

Pentagon Press Secretary John Kirby reiterated that the US believes there are still "specific, credible threats".

"We want to make sure we're prepared," he said.

"What you're seeing us act on, to the degree we can talk about it, is based on information that we have. And I think I'll leave it at that."

The violence has not deterred everyone from massing outside the airport again today in the hope of being evacuated before US forces leave, though the crowds are reportedly smaller. 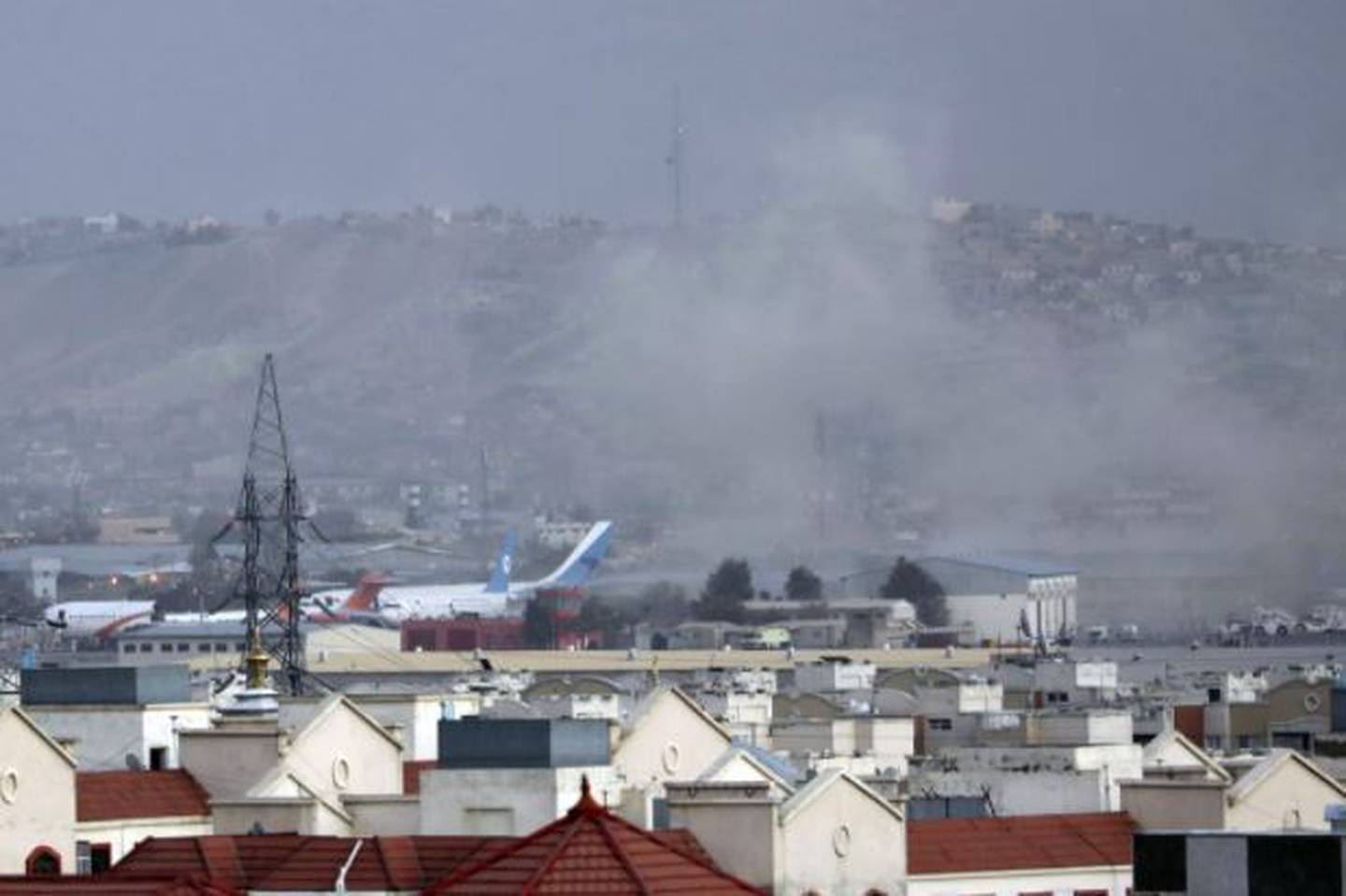 Smoke rises from a deadly explosion outside the airport in Kabul, Afghanistan. Photo / AP

Mr Biden has set a deadline of August 31 for the withdrawal to be completed, and while he has asked the military to develop "contingency plans" in case US forces need to stay longer, he has also stressed at every turn that each day they remain raises the risk of an attack.

"Those that are around the perimeter say, 'We know there could be attacks today also, but still come because it is a risk we are willing to take,'" Al Jazeera journalist Charlotte Bellis told NPR this morning.

The Taliban remain in control of the outer perimeter around the airport. In a televised address today, spokesman Sher Mohammad Abbas Stanikzai sought to reassure panicked Afghans who believe their window to escape the country is closing.

Stanikzai insisted Afghans would be able to travel after the Western powers leave.

"The Afghan borders will be open and people will be able to travel at any time into and out of Afghanistan," he claimed.

However, in an ominous sign, CNN reports the Taliban checkpoints are even now denying entry to the airport for US passport holders and permanent residents.

During her briefing today, Ms Psaki was asked whether relying on the Taliban was America's only option or the best of several bad options.

"Maybe both," she replied. 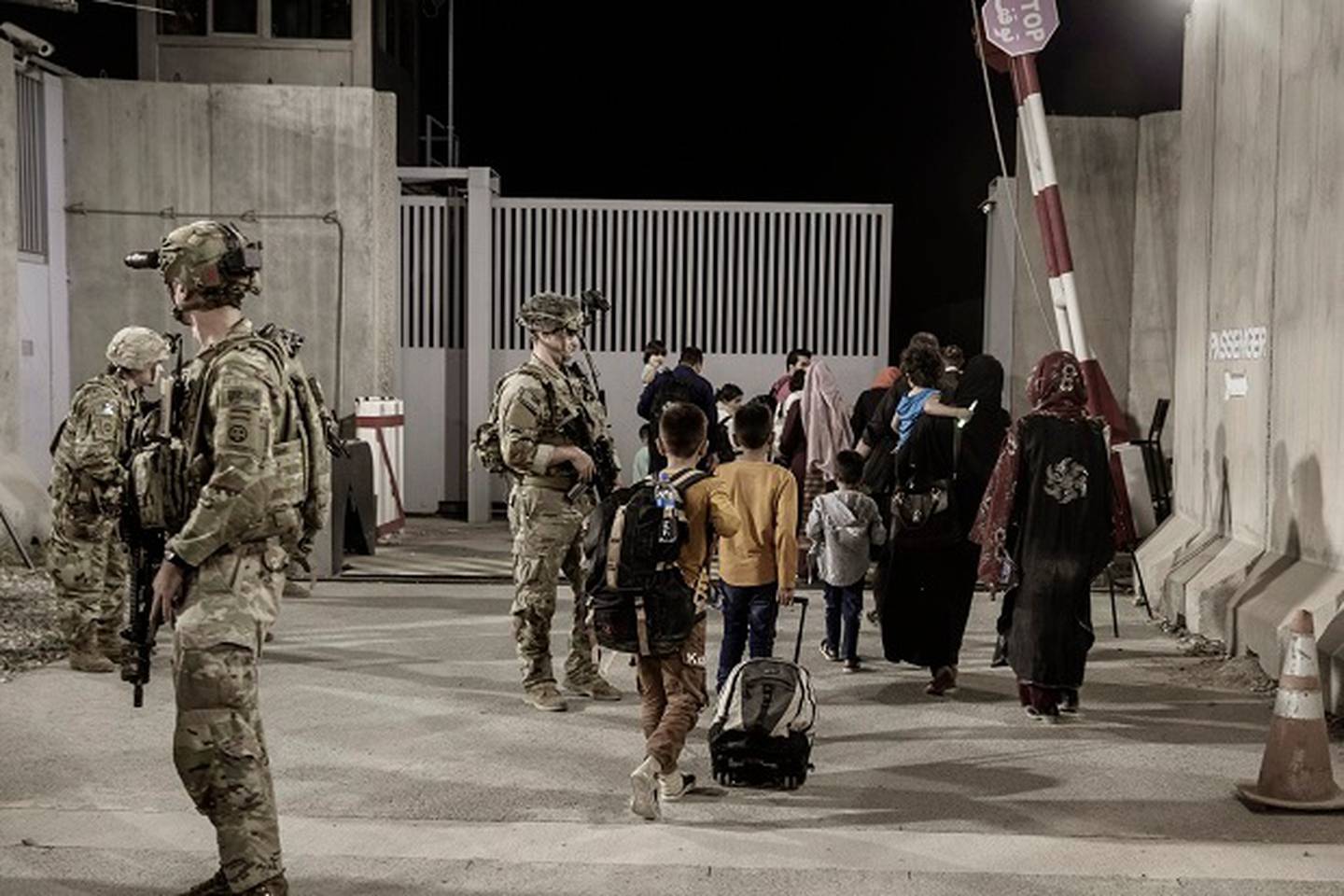 US soldiers escort evacuees to buses for onward movement during an evacuation at Hamid Karzai International Airport in Kabul. Photo / AP

"The reality is, the Taliban control large swathes of Afghanistan, including the area surrounding the perimeter of the airport.

"So by necessity that is our option, to co-ordinate with them to get American citizens out, to get our Afghan partners out, to get individuals who are eligible for the range of programs the US has out.

"This is not a preferred relationship or a situation that we would have designed if we had started from scratch. I think that's very clear. But right now we must continue to co-ordinate. That is our focus for the next couple of days."

She said the threat of additional terror attacks was "acute" and "ongoing".