The US has retreated from its defence of a drone strike that killed multiple civilians in Afghanistan last month, announcing Friday (local time) that a review revealed that only civilians were killed in the attack, not an ISIS extremist as first believed.

"The strike was a tragic mistake," Marine General Frank McKenzie, head of US Central Command, told a Pentagon news conference.

McKenzie apologised for the error and said the United States is considering making reparation payments to the family of the victims. He said the decision to strike a white Toyota Corolla sedan, after having tracked it for hours, was made in an "earnest belief" — based on a standard of "reasonable certainty" — that it posed an imminent threat to American forces who were securing the Kabul airport. The car was believed to have been carrying explosives in its trunk, he said.

For days after the August 29 strike, Pentagon officials asserted that it had been conducted correctly, despite 10 civilians being killed, including seven children. News organisations later raised doubts about that version of events, reporting that the driver of the targeted vehicle was a longtime employee at an American humanitarian organisation and citing an absence of evidence to support the Pentagon's assertion that the vehicle contained explosives.

The airstrike was the last of a US war that ended as it had begun in 2001 — with the Taliban in power in Kabul. The speed with which the Taliban overran the country took the US government by surprise and forced it to send several thousand troops to the Kabul airport for a hurried evacuation of Americans, Afghans and others.

The evacuation, which began August 14, unfolded under a near-constant threat of attack by the Islamic State group's Afghanistan affiliate. 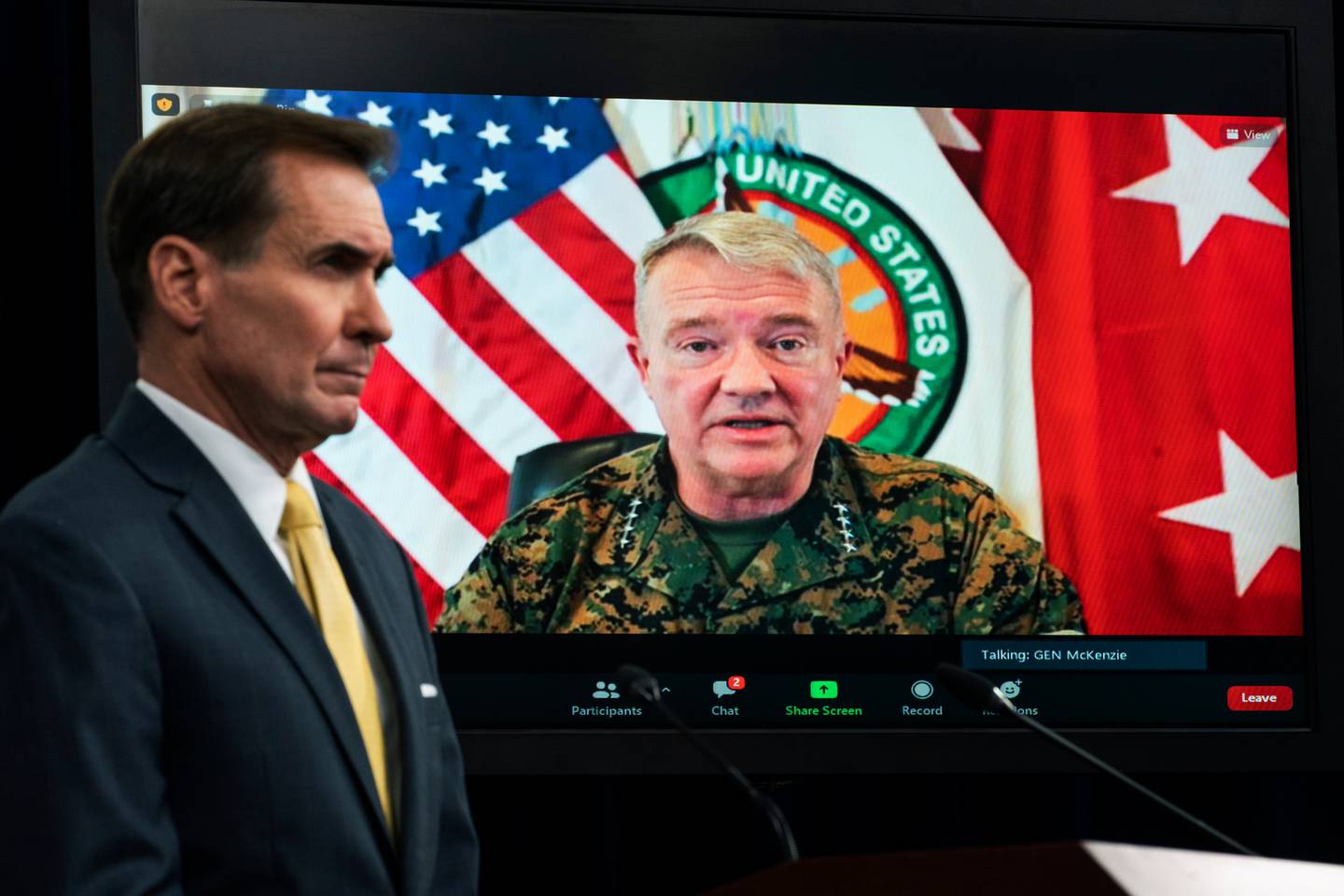 General Frank McKenzie, Commander of U.S. Central Command, appears on screen as he speaks from MacDill Air Force Base, as he speaks about Afghanistan. Photo / AP

McKenzie, who oversaw US military operations in Afghanistan, including a final evacuation of US forces and more than 120,000 civilians from Kabul airport, expressed his condolences to the family and friends of those killed.

"I am now convinced that as many as 10 civilians, including up to seven children, were tragically killed in that strike," McKenzie said. "Moreover, we now assess that it is unlikely that the vehicle and those who died were associated with ISIS-K or were a direct threat to US forces," he added, referring to the Islamic State group's Afghanistan affiliate.

Defence Secretary Lloyd Austin, in a written statement, apologised for what he called "a horrible mistake".

"We now know that there was no connection" between the driver of the vehicle and the Islamic State group, and that the driver's activities that day were "completely harmless and not at all related to the imminent threat we believed we faced," Austin said. 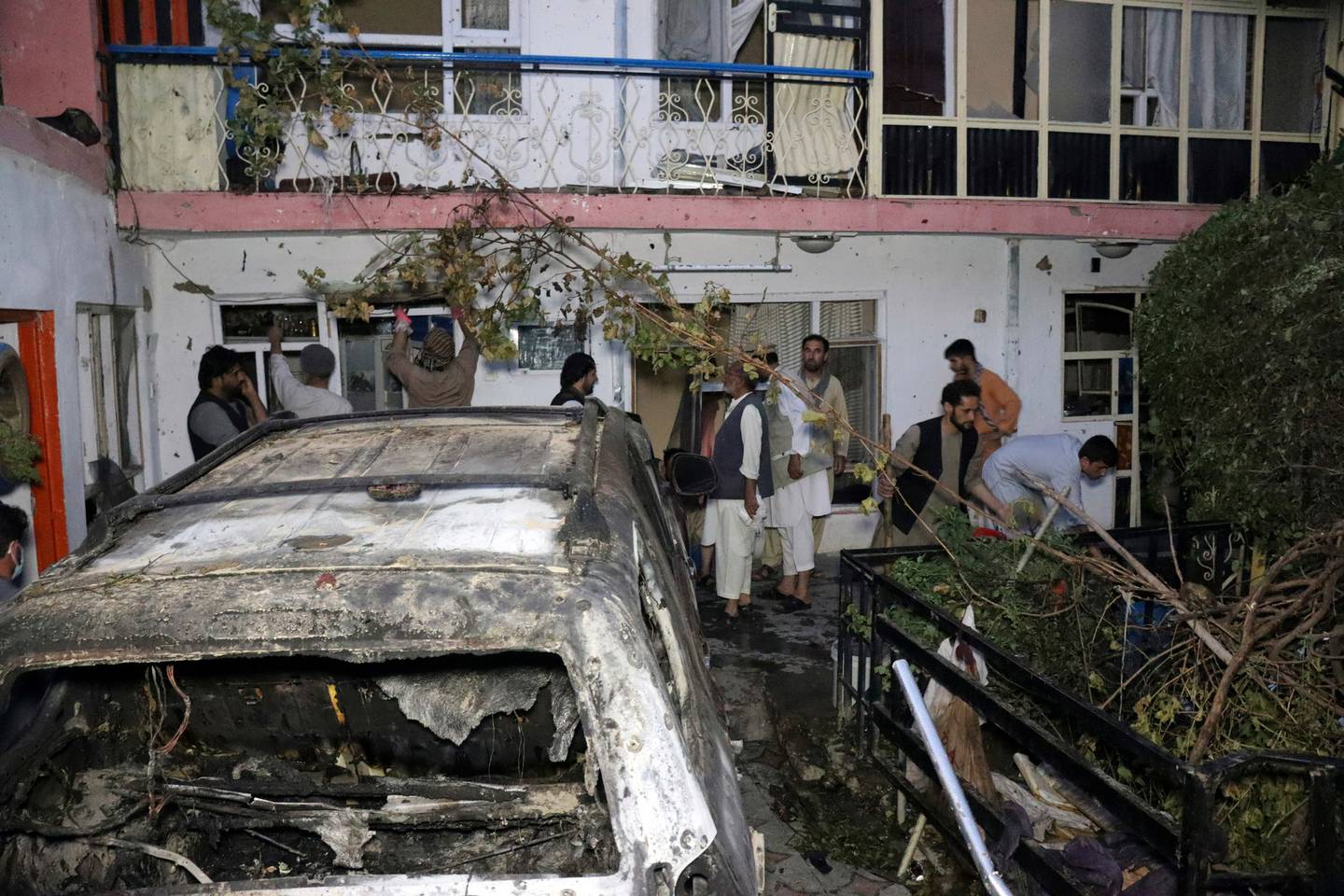 Afghan people are seen inside a house after U.S. drone strike in Kabul, Afghanistan. Photo / AP

General Mark Milley, chairman of the Joint Chiefs of Staff, told reporters two days after the attack that it appeared to have been a "righteous" strike and that at least one of the people killed was a "facilitator" for the Islamic State group's Afghanistan affiliate, which had killed 169 Afghan civilians and 13 American service members in a suicide bombing on August 26 at the Kabul airport.

"This is a horrible tragedy of war and it's heart wrenching," Milley told reporters traveling with him in Europe. "We are committed to being fully transparent about this incident."

"In a dynamic high-threat environment, the commanders on the ground had appropriate authority and had reasonable certainty that the target was valid, but after deeper post-strike analysis our conclusion is that innocent civilians were killed," Milley added.

Accounts from the family of the victims, documents from colleagues seen by The Associated Press, and the scene at the family home — where Zemerai Ahmadi's car was struck by a Hellfire missile just as he pulled into the driveway — all painted a picture of a family that had worked for Americans and were trying to gain visas to the United States, fearing for their lives under the Taliban. 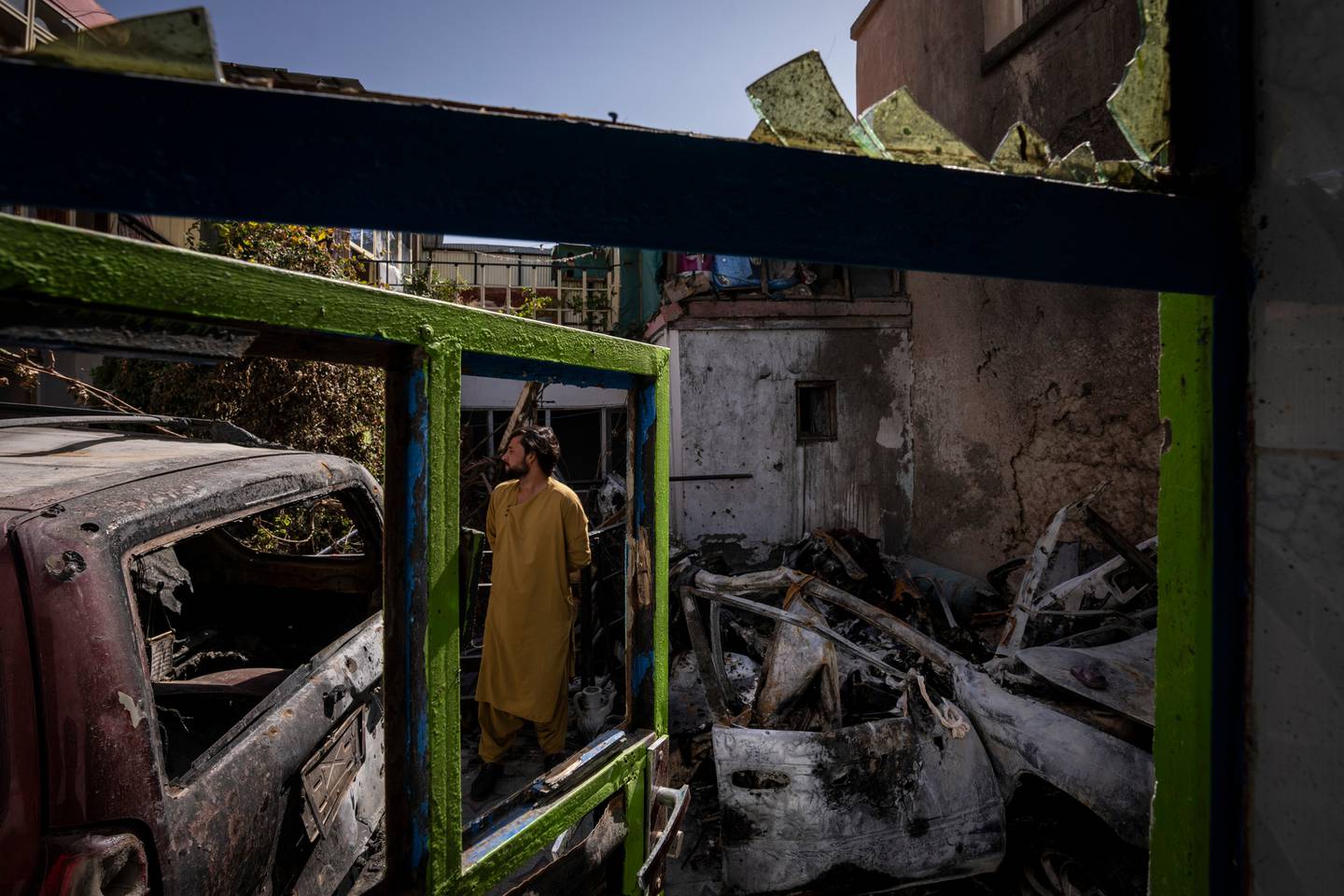 An Afghan inspects the damage of Ahmadi family house in Kabul, Afghanistan. The man who was killed in a U.S. drone strike last month. Photo / AP Emal Ahmadi shows a photo of his young family member who was killed during a U.S. drone strike on their home in Kabul. Photo / AP 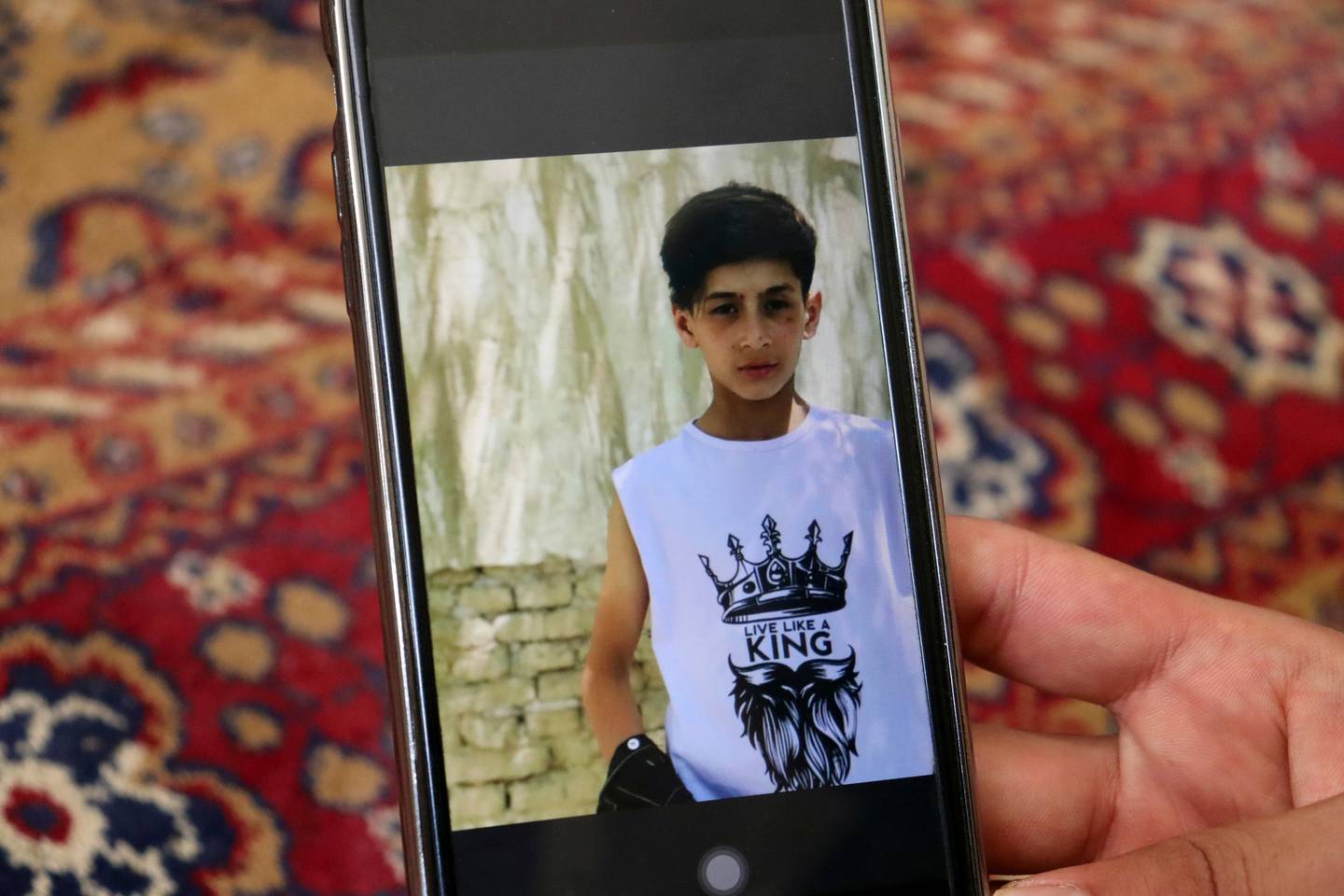 Emal Ahmadi shows a photo of his young family member who was killed during a U.S. drone strike on their home in Kabul. Photo / AP

The family said that when the 37-year-old Zemerai, alone in his car, pulled up to the house, he honked his horn. His 11-year-old son ran out and Zemerai let the boy get in and drive the car into the driveway.

The other kids ran out to watch, and the Hellfire missile incinerated the car, killing seven children and an adult son and nephew of Zemerai.

Amnesty International, the humanitarian aid group, called the US military's admission of a mistake a good first step.

"The US must now commit to a full, transparent, and impartial investigation into this incident," said Brian Castner, a senior crisis adviser with Amnesty International.

"Anyone suspected of criminal responsibility should be prosecuted in a fair trial. Survivors and families of the victims should be kept informed of the progress of the investigation and be given full reparation."