Former US president Donald Trump is reportedly planning an imminent announcement that he'll run for the White House again in 2024.

The United States has a two-term limit for presidents, but Trump only served one before losing to Joe Biden last year. And in the wake of his attempts to overturn that election result, culminating in the Capitol riot on January 6, he survived an impeachment trial that could have ended in him being barred from public office.

So there's nothing stopping him from running again. Indeed, Trump has been hinting at his intention to do so for months now.

During an interview with Newsmax in mid-August, for example, the former president was asked directly about 2024.

"Look, I love this country. I hate what's happening to it. I hate it," Mr Trump said.

"We're not going to have a country anymore if it keeps going like this. We're a laughing stock all over the world, and I think a lot of people are going to be very happy."

"I think people are going to be very, very happy when I make a certain announcement," he told conservative commentator Candace Owens in May, adding that he looked forward to "doing an announcement at the right time". 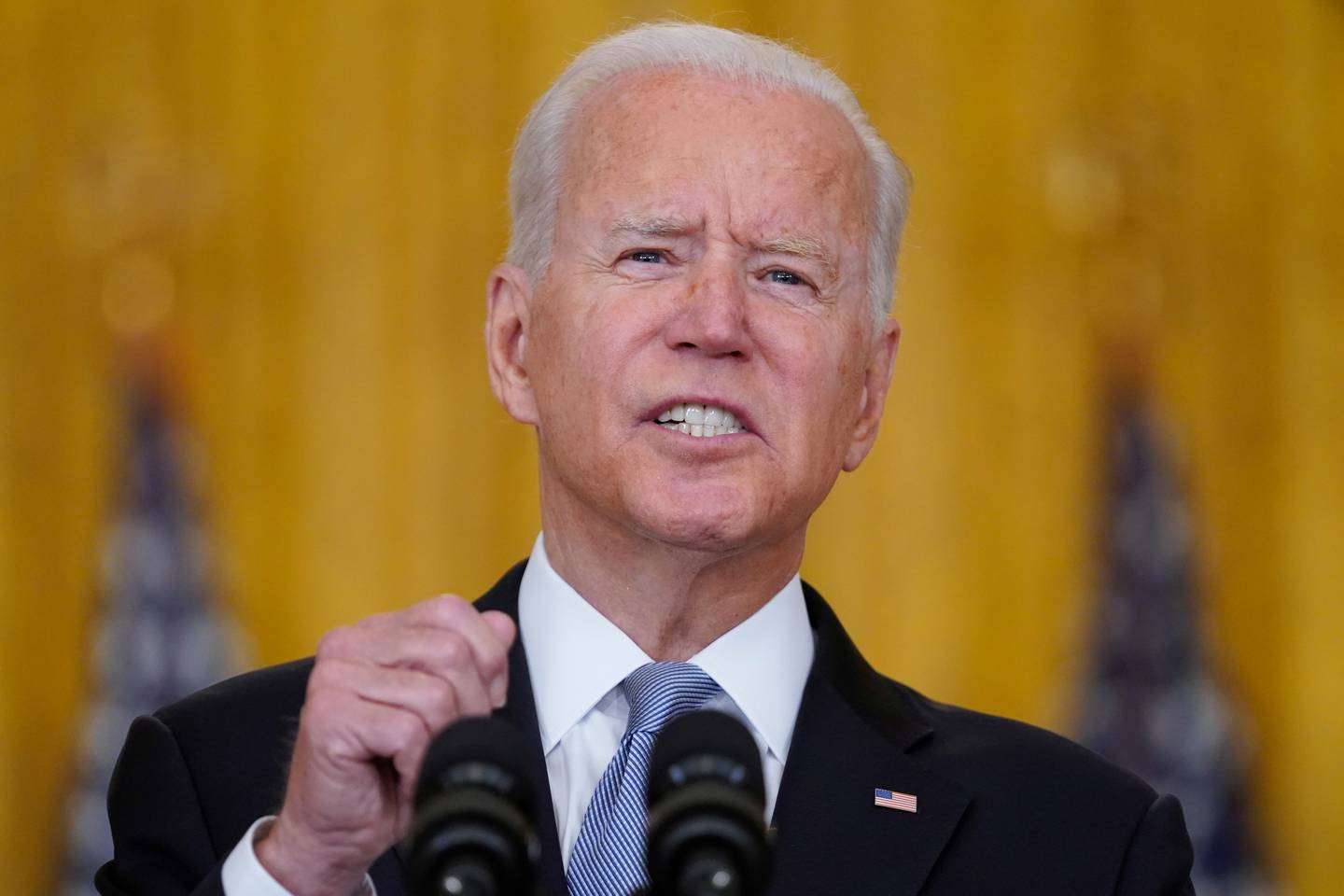 An NPR/PBS poll released yesterday showed President Joe Biden's approval at 43 per cent, the lowest it has been since he took office. Photo / AP

In the wake of the Biden administration's botched withdrawal from Afghanistan, Trump appears to think "the right time" is imminent.

According to Windsor, Jordan said Trump could announce his 2024 candidacy within days.

"A big Republican operative in the state later announced to the crowd that Trump will travel here imminently."

"Not true. Mr Jordan did not say this," a spokesperson said.

"Apparently Jim Jordan's spokesperson has claimed he did not tell me tonight that Trump is imminently announcing his run for 2024," Windsor replied on Twitter.

"We can't both be right. See for yourself, video coming tomorrow."

This morning, she published the promised video footage.

"I know so. Yeah, I talked to him yesterday. He's about ready to announce after all of this craziness in Afghanistan," the Congressman replied.

"Thank God. And Biden should f***ing resign, pardon my French."

The clip did not show Jordan using the words "any day now".

Jim Jordan: President Trump, he's gonna run again.
Pete: You think so?
Jordan: I know so. Yeah, I talked to him yesterday. He's about ready to announce after all of this craziness in Afghanistan... pic.twitter.com/Ndogdm7Ipl

Meanwhile, ABC News reporter Will Steakin, referring to the Republican official's quote about Trump travelling to Iowa soon, said he'd heard the trip was being planned around one of the former president's normal rallies, not a 2024 announcement.

If Trump were to announce a run now, it would be an unusual move, as most candidates wait until at least after the midterm elections. Those elections aren't due until November of next year.

But you can see why the idea might be attractive to him. It would, at the very least, dissuade other potential candidates for the 2024 Republican nomination from entering the field.

A bunch of prominent Republicans have been positioning themselves for a presidential run, including but far from limited to: Florida Governor Ron DeSantis, Texas Governor Greg Abbott, South Dakota Governor Kristi Noem, former vice president Mike Pence, former UN ambassador Nikki Haley, and a handful of ambitious US senators.

All the polls for the 2024 nomination (yes, those polls are already happening) show Trump dominating the field, should he enter the race.

Trump might also see this as an opportune moment because of Biden's plummeting approval rating. Just yesterday an NPR/PBS poll showed the President's approval at 43 per cent, the lowest it has been since he took office, and down 6 per cent since July.