President Donald Trump is considering having Rudy Giuliani and Alan Dershowitz defend him if he faces another impeachment trial, two sources familiar with the matter said.

House Speaker Nancy Pelosi said Friday Democrats are prepared to move forward with impeachment next week if Trump doesn't resign, and Trump is beginning to mull who would represent him in a Senate trial.

Giuliani, Trump's personal attorney, is expected to represent him, the sources said, and Trump is also considering hiring Dershowitz, a controversial attorney.

Dershowitz initially declined to comment to CNN, saying, "I don't talk to CNN, I sue them." But he told Politico on Friday that it would be his "honour and privilege" to defend the President. Dershowitz called CNN after publication of this article and said he was referring to the "honour and privilege" of defending the Constitution, not the President. 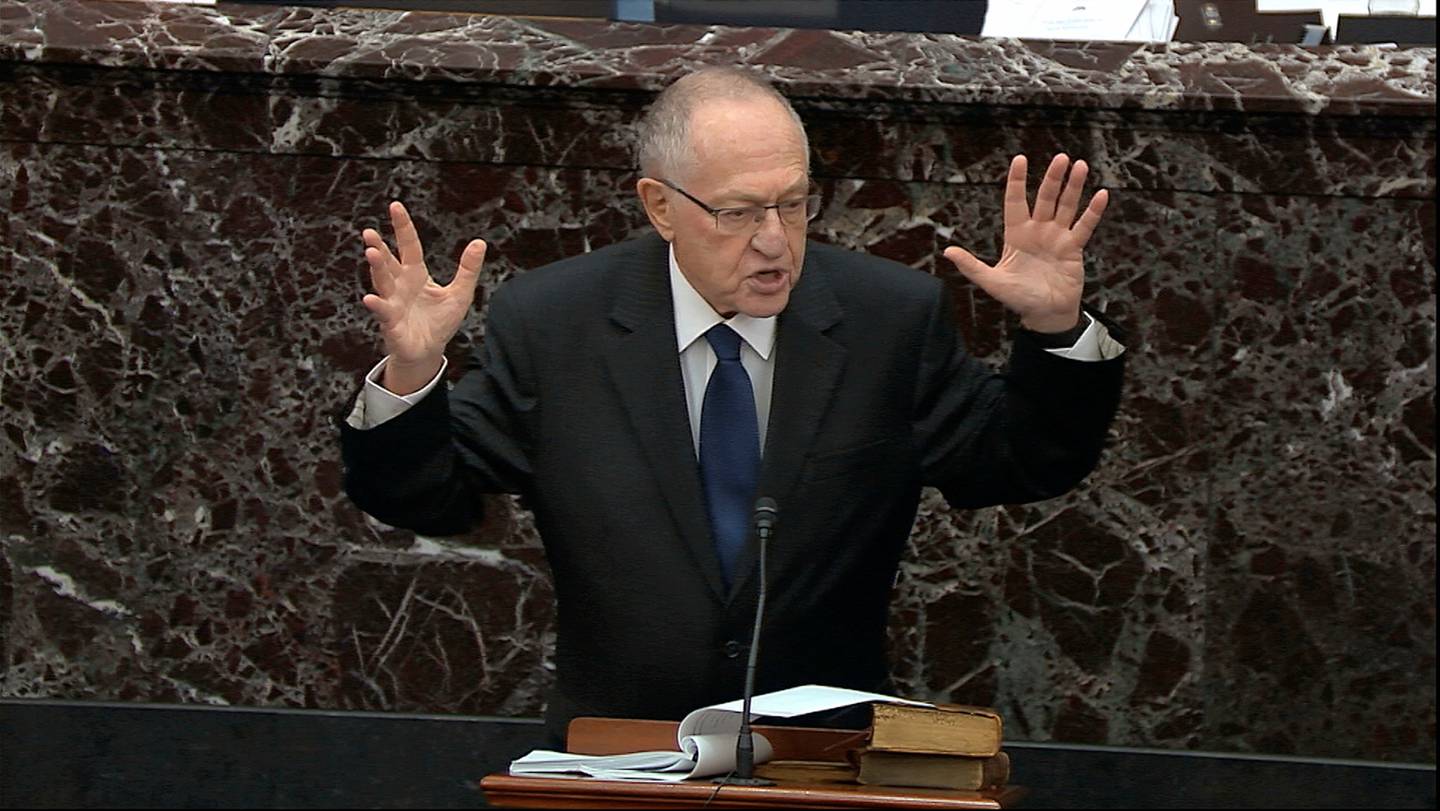 "It would be my honour and privilege to defend the Constitution of the United States and the First Amendment against partisan efforts to weaponize the Constitution," Dershowitz said.

A Giuliani spokesperson did not immediately respond to a request for comment.

While the President's impeachment defence team is only just coming into view, it is becoming increasingly clear that the primary members of the team during his first impeachment would be unlikely to join.

Constitutional attorney Jay Sekulow, White House counsel Pat Cipollone and attorney Jane Raskin are not expected to be involved for a second impeachment trial. Cipollone is said to have considered resigning in recent days.

But in a memo to fellow senators Friday, Majority Leader Mitch McConnell indicated that the earliest the Senate could take up any House-passed articles of impeachment would most likely be right after Trump's term ends, saying that the Senate cannot consider the articles while in recess.

A growing number of Republicans want Trump to leave office before January 20, with some top lawmakers telling CNN they are considering supporting his impeachment.

Two Republican members of Congress who are former Trump allies told CNN they would support impeachment against the President over his role in Wednesday's deadly attack on the US Capitol if the articles are reasonable. One member said, "I think you will have GOP members vote for impeachment."

GOP Sen. Pat Toomey -- who is not running for reelection in 2022 -- told Fox News on Saturday he believes Trump did commit "impeachable offences," but did not say how he would vote if the article of impeachment came to the Senate.

Sen. Lisa Murkowski, an Alaska Republican, was the first Senate Republican to call for Trump's resignation on Friday.

"I want him to resign. I want him out. He has caused enough damage," Murkowski said in an interview with the Anchorage Daily News published Friday.

Sen. Ben Sasse, the Nebraska Republican who was an early critic of Trump's election fraud rhetoric, told CBS Morning News he'd consider any articles of impeachment from the House.