The death toll from an accident in which a slab of cliff rock toppled on to pleasure boaters on a Brazilian lake has risen to 10, police said Sunday. Authorities worked to identify the dead and divers were searching the lake in case there were more victims.

Police Chief Marcos Pimenta said there was a possibility that some people were missing following the accident Saturday in Minas Gerais state. At least 32 people were injured, though most were released from hospitals by Saturday evening. 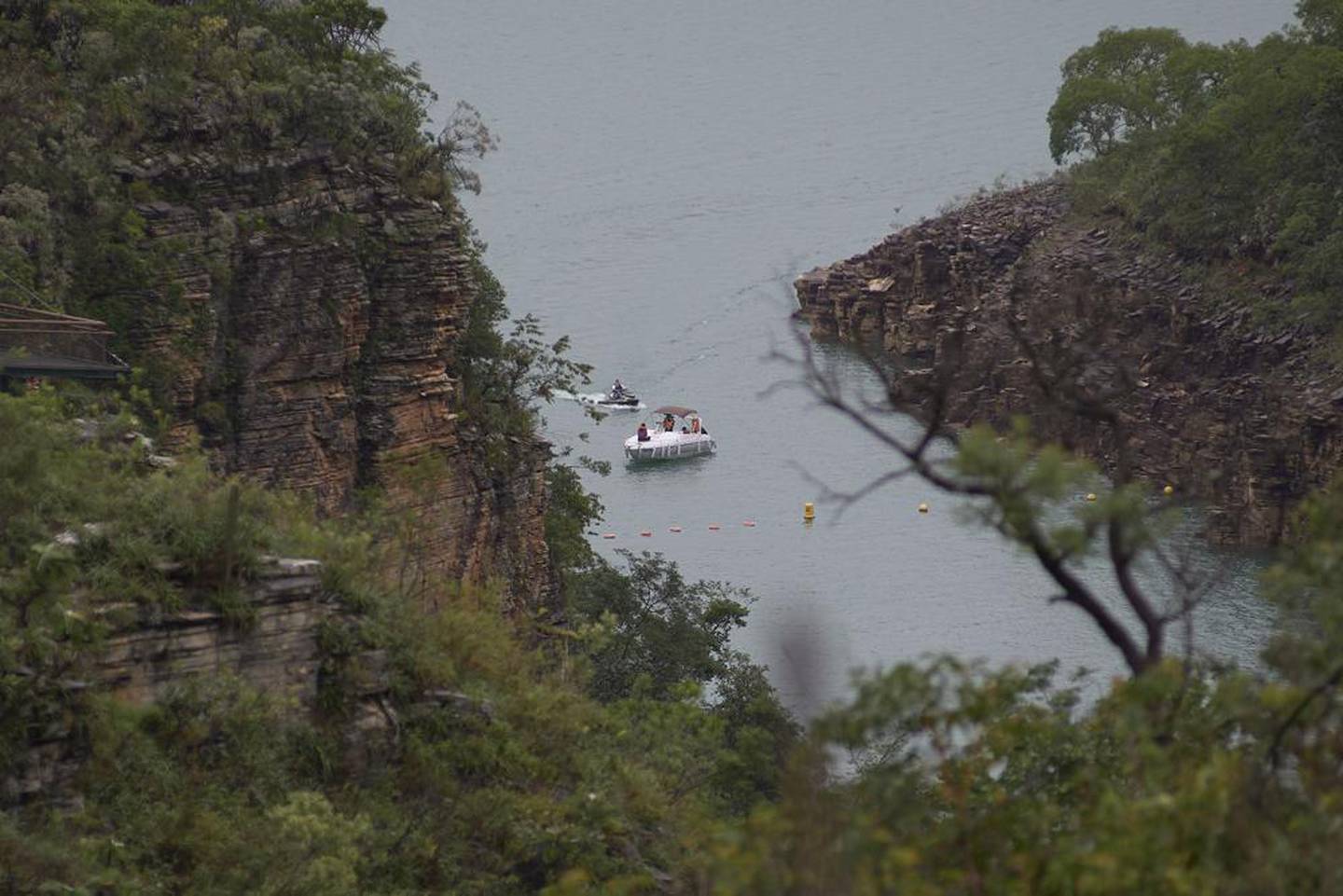 A boat navigates on the Furnas reservoir after a massive slab of rock broke away from a cliff and toppled onto pleasure boaters. Photo / AP

The accident occurred between the towns of Sao Jose da Barra and Capitolio, from which the boats had left. Video images showed a gathering of small boats moving slowly near the sheer rock cliff on Furnas Lake when a fissure appeared in the rock and a huge piece toppled on to several of the vessels.

The bodies were taken to Passos city, where coroners worked to identify them. The work was difficult because of the ″high energy impact″ of the rock on the boaters, said a regional civil police official, Marcos Pimenta. He said one victims had been identified as 68-year-old Júlio Borges Antunes. 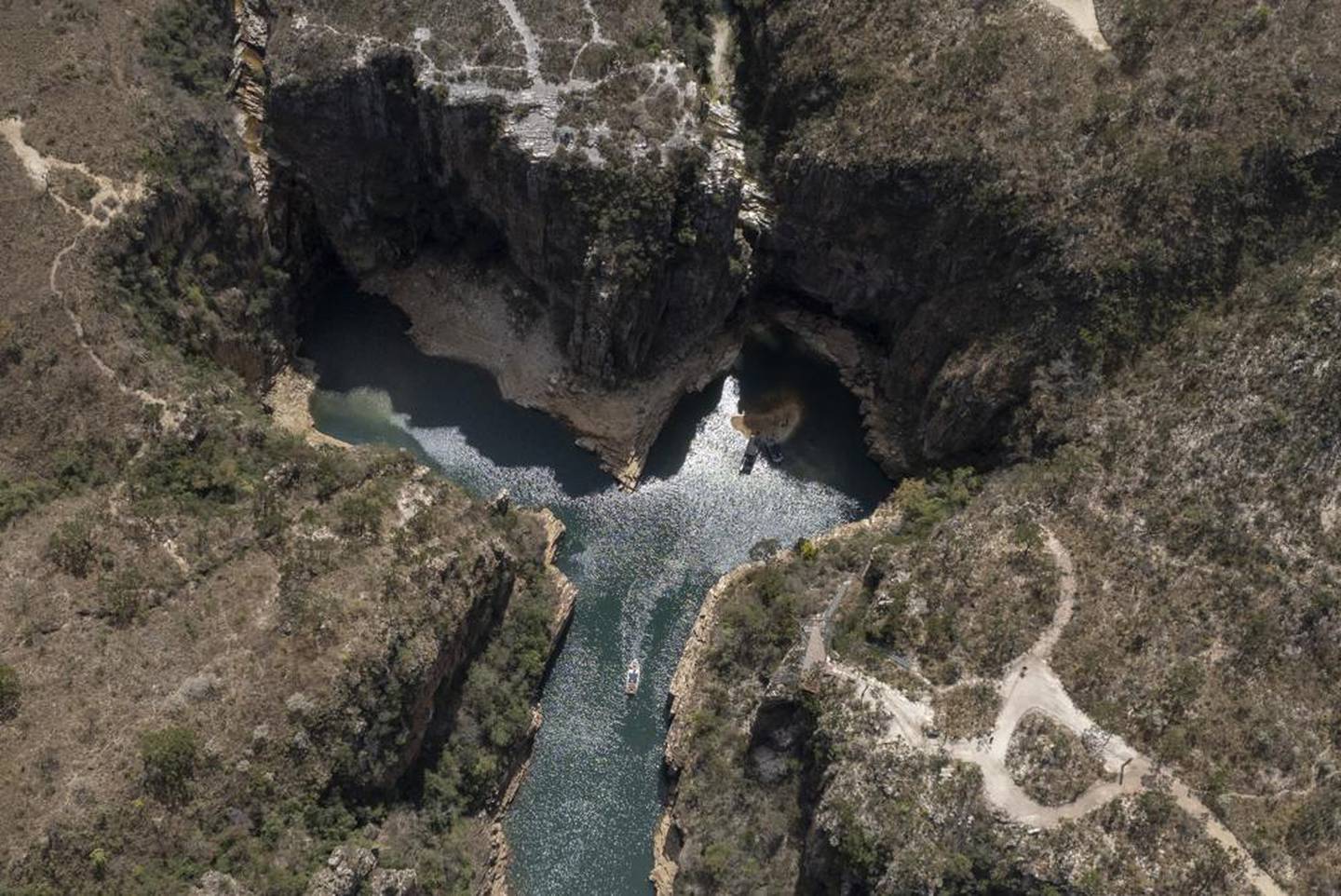 A tourist boat navigates through a canyon in Furnas Lake, near Capitolio City, Brazil. Photo / AP

Furnas Lake, which was created in 1958 for the installation of a hydroelectric plant, is a popular tourist draw in the area roughly 420km north of Sao Paulo.

Officials suggested the wall coming loose could have been related to heavy rains recently that caused flooding in the state and forced almost 17,000 people out of their homes.

The head of the Applied Geology Division of the Brazilian Geological Service, Tiago Antonelli, said the cliff wall is subject to centuries of erosion and susceptible to rain, heat and cold. 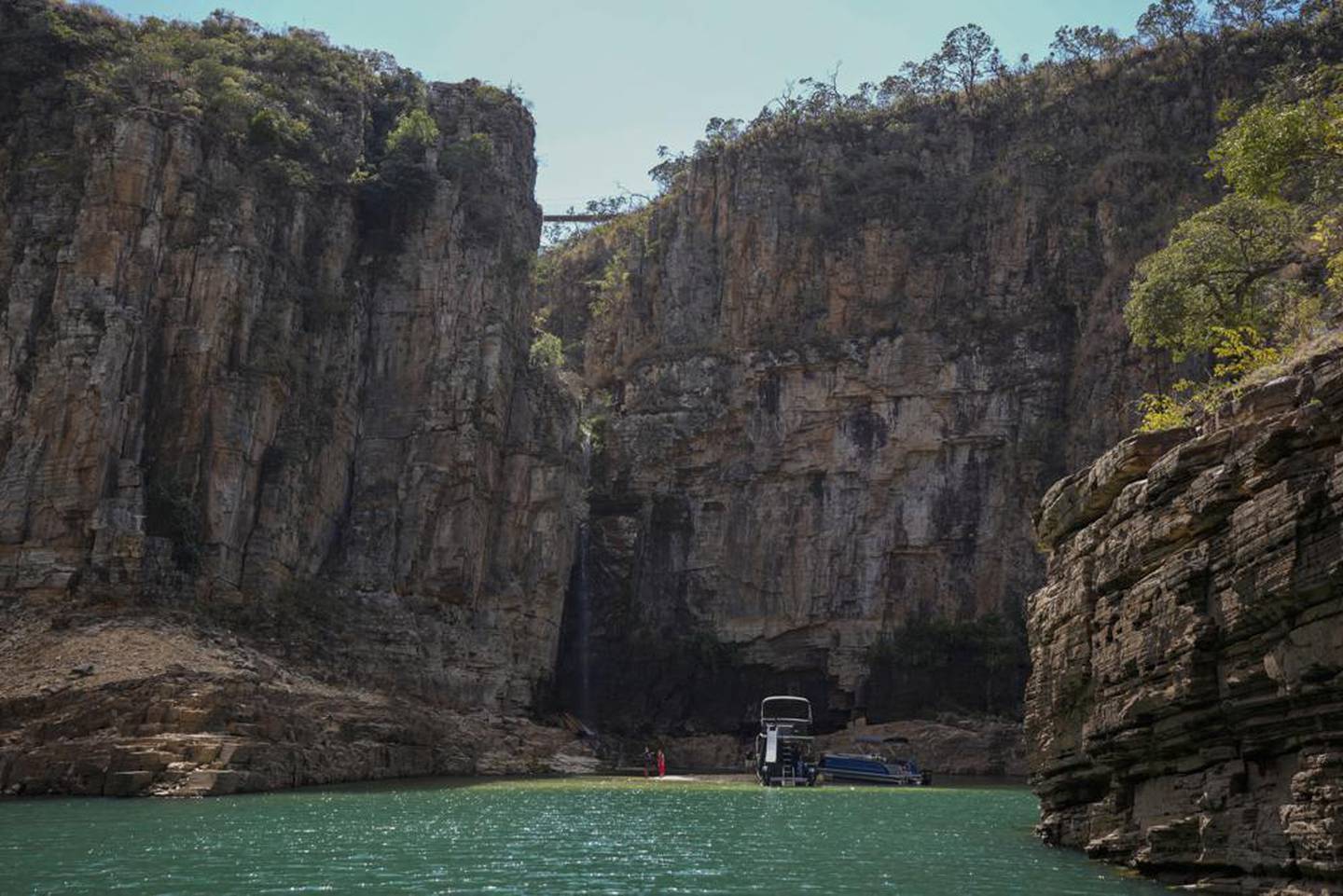 A tourist boat navigates through a canyon in Furnas Lake, near Capitolio City, Brazil. Photo / AP

"It's normal to happen in many canyons, even with rocks of that size. But nowadays, with the intensification of tourism, people are starting to get closer to these places and to register these phenomena with their cellphones," Antonelli said. 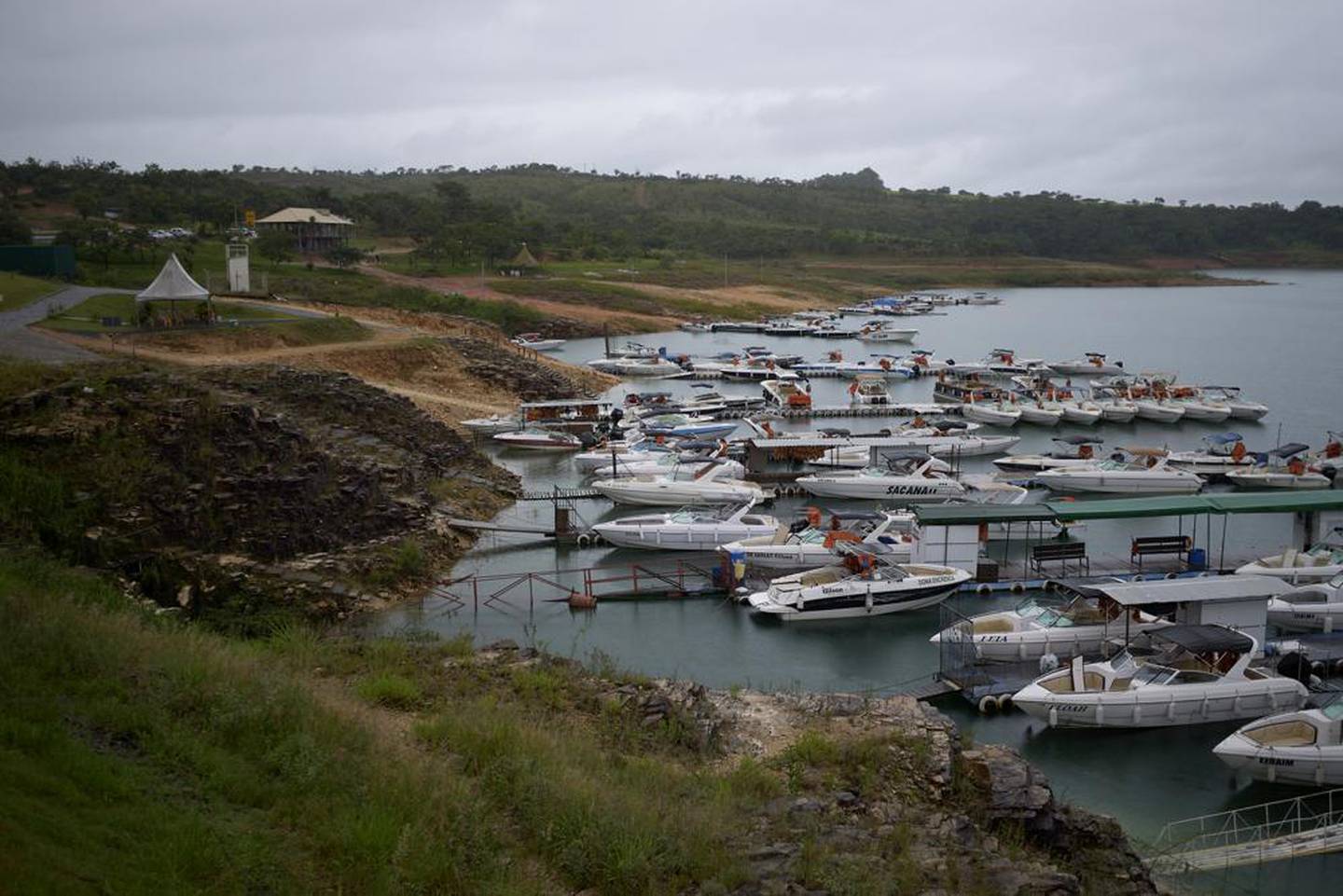 Tourist boats remain docked at a pier ot the Furnas reservoir after a massive slab of rock broke away from a cliff and toppled onto pleasure boaters. Photo / AP

Joana Fontez, geology professor at the Federal University of Goiás, said the authorities should have been controlling the site to prevent accidents, especially in the rainy season. The boats should have been kept at least 1km away from the waterfall where the accident happened, she said. 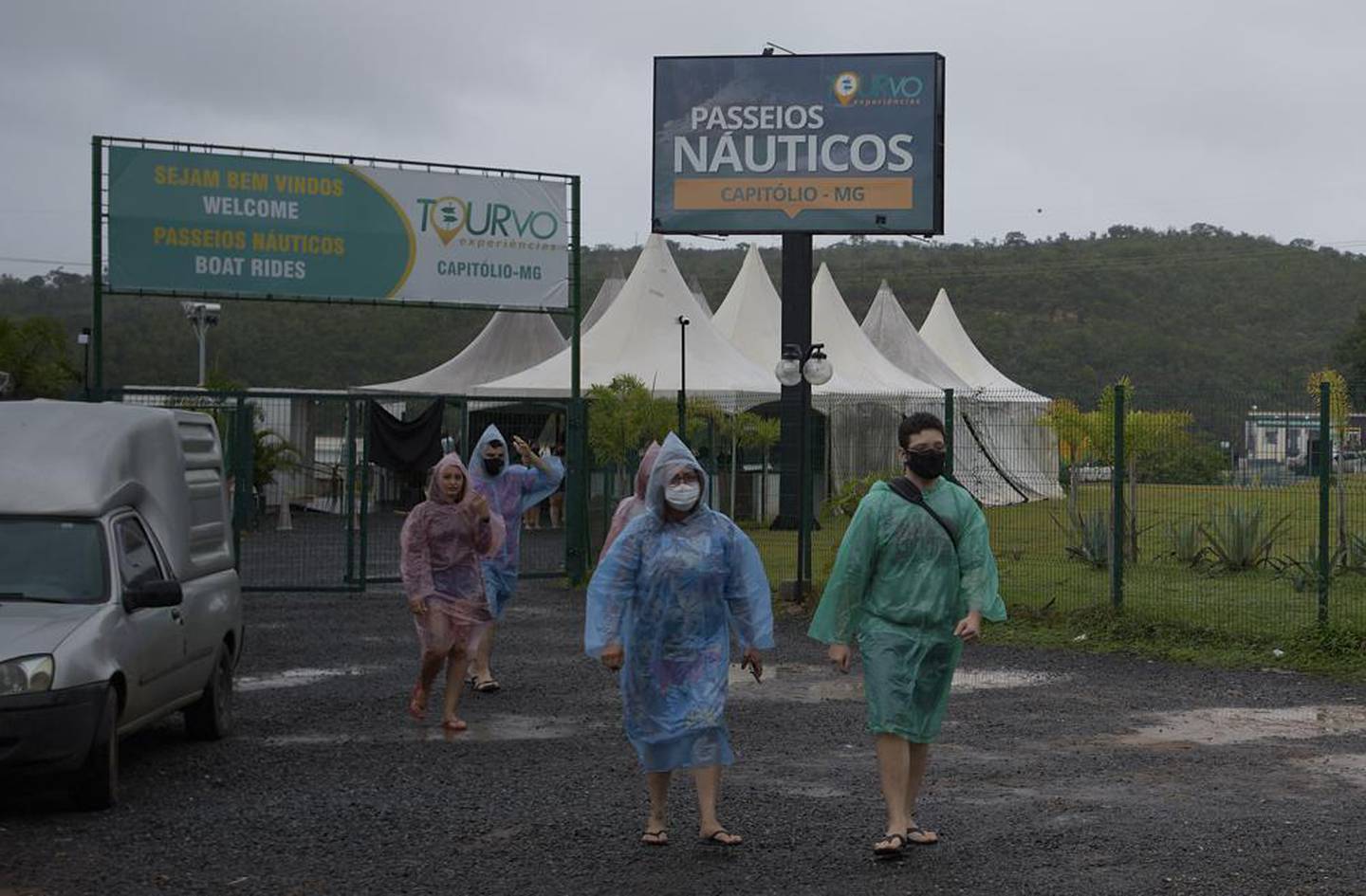 Tourists leave a pier at the Furnas reservoir, a day after a massive slab of rock broke away from a cliff and toppled onto pleasure boaters. Photo / AP 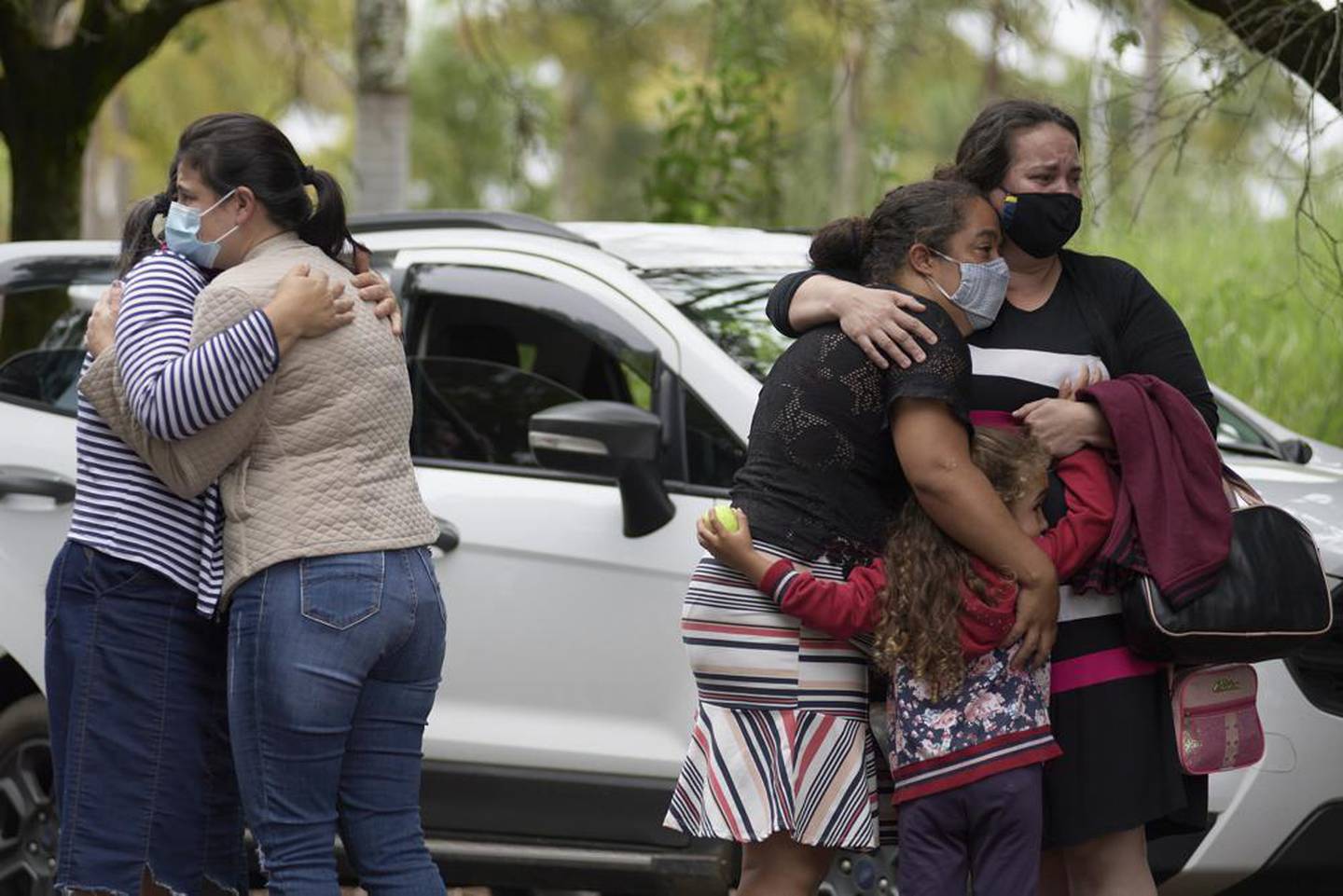 People embrace as they wait for information about missing relatives after a massive slab of rock broke away from a cliff and toppled onto pleasure boaters at Furnas reservoir. Photo / AP