Almost four years on from her mother's brutal – and unexplained – death, Sarah Ristevski still refuses to think about how it may have happened or who was responsible, despite her father's guilty plea to his wife's manslaughter.

"I just think, 'Why Mum? Why did something happen to her? Why us?' You hear about things that could happen and you don't think they could happen to you and your family," Sarah said.

"She's on my mind all the time and I can't get it out of my head.

This is the first time Sarah, a 24-year-old graphic designer, has spoken publicly since her father Borce was jailed for killing her beloved mother, New Zealander Karen Ristevski, despite vigorously protesting his innocence and playing the grieving widower as the country looked on, reports news.com.au.

In an exclusive interview on Australia's 60 Minutes, which aired there last night, the couple's daughter spoke out about why she still supports her father and whether she ever asked him that crucial question: "Did you kill my mum?"

Ristevski, 55, entered a shock last-minute guilty plea to the manslaughter of 47-year-old Karen – his wife of 27 years – but has never revealed details of what actually happened. Carrying his deadly secret cost him an extra four years in jail after his jail term was increased in 2019.

"When you're in my position, I think when your mind's all over the place – different things (like) how my mum died. It's not on my … I just can't go there.

"My heart is saying, I can't comprehend. I can't think about why my mum died." 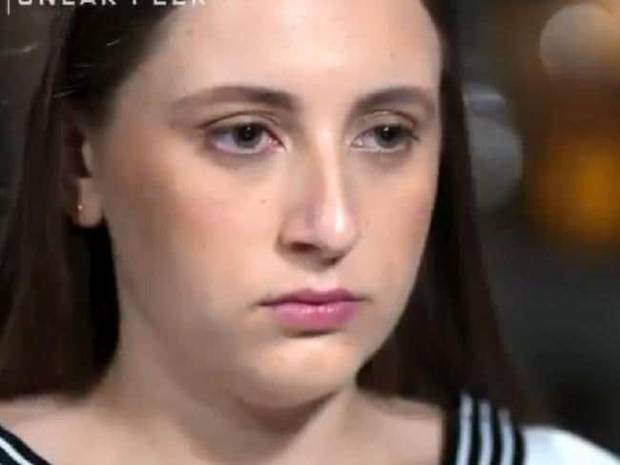 Details of her mother's death shocked Australia as too did Sarah's decision not to provide a victim impact statement, instead choosing to write a glowing reference for her father describing him as "loving, caring, sympathetic, protective and charismatic".

In Sunday night's programme, 60 Minutes reporter Liz Hayes asked Sarah, "Surely you asked your dad, did you do this? You asked him that? Did you kill my mum?"

A clearly emotional Sarah replies, "I asked him. I asked if he'd had anything to do with it."

"And your father said what?" Hayes replied.

"Do you still believe him?"

"He's my dad and nothing has changed," Sarah said.

Clearly emotional, reduced to tears on several occasions and devastated by what's happened to her family, Sarah later admitted, "I don't know what to believe. I don't know. I just hate thinking about what's happened and I'd rather think about the better times.

"I think it's tiring. I just feel like I can't move forward if I'm stuck in the past. I think I'm not emotionally ready to be there."

Karen disappeared from the family home in Avondale Heights, northwest of Melbourne, in June 2016. However, her body wasn't found until February 20, 2017, in bushland off Loch Rd at Mount Macedon.

For years, Borce Ristevski repeatedly denied having any involvement in her death – and to this day, Australia is none the wiser as to how she was killed.

In December last year, Ristevski was resentenced at the Victorian Court of Appeal. He was initially given nine years jail but this was increased to 13 years with a minimum of 10 years after an appeal by prosecutors.

Sarah said her decision to not give a victim impact statement was because the police officers investigating Karen's death were "so horrible to me" and she wanted to "represent the dad I knew" by offering up a reference for him.

However, criminal behavioural analyst British psychologist in domestic violence, Laura Richards, believes Karen and now her daughter Sarah were victims of coercive control at the hands of Borce.

"The fact that he manages to look his daughter in the eye and tell her that he doesn't know what happened to her mum for not just days, or weeks, or months, he continues that for years. Even carrying her coffin," she said.

"That takes a very particular type of person. Someone with the ability to keep their head. "Well, someone who has to be a good strategist, and more devious than most, more manipulative.

"I feel more angry than she does. But it just shows how she's compartmentalised this – and how well she has her own self-preservation …" 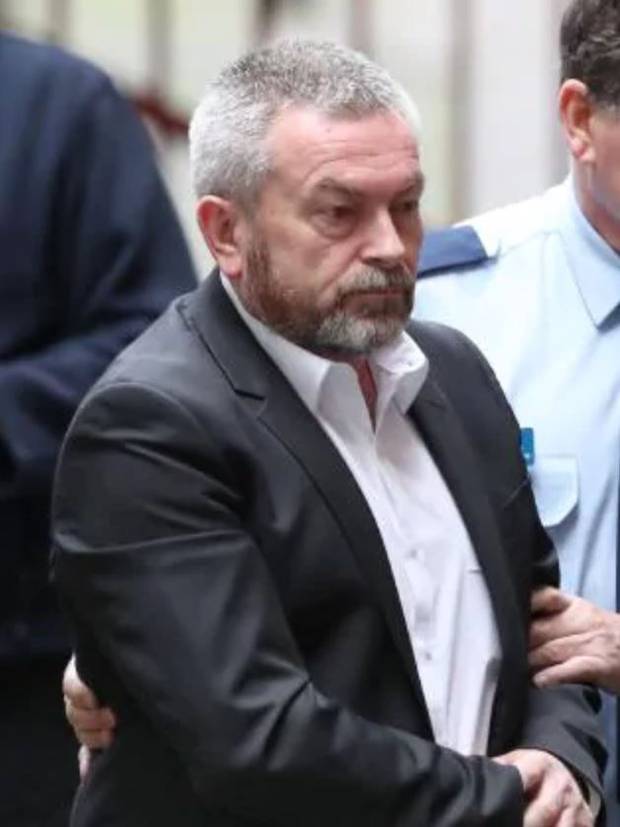 Borce Ristevski arrives from a prison van to the Supreme court in Melbourne in 2018. Photo / News Corp Australia

To those who suggest Sarah had anything to do with her mother's death, the 24-year-old said, "It hurts my soul, basically, I was so close with my mum … anyone that knew us, who knows me, knows how tight our bond was.

Sarah said, "My dad is serving the time but I am too. The realisation that I'm kinda alone."

When talking to her father in jail, Sarah explained, "Yeah, I have seen the sadness, the loss of my mum. We loved her very much and still love her.

"I see the pain he feels. For people to say my dad didn't love my mum. People don't see the pain that I see he feels when I go to see him. He misses her every day. He does. I don't like to talk about what happened.

"At the end of the day, I think that because, I have one parent left. He's pleaded guilty.

"I just want to make my parents proud."