Are you worried your partner, family member or housemate will test positive to Omicron and that means you'll inevitably get it too?

You might be surprised to know that it is not always the case.

Sydneysider Kyle Byrnes was "genuinely surprised" when he spent his whole isolation period with his Covid-positive partner without testing positive himself.

He explained they had even shared a bedroom for about four days while she had mild symptoms and then separated within the house, but still had contact.

"On a day-to-day basis there was not much we could to do stay away from each other," he said.

"I was kind of counting it as inevitable (that I would catch it)."

Byrnes and his partner had both had their booster vaccines.

The 26-year-old is one of many Australians' sharing their luck about not contracting Covid from household contacts despite Omicron being a highly contagious strain. 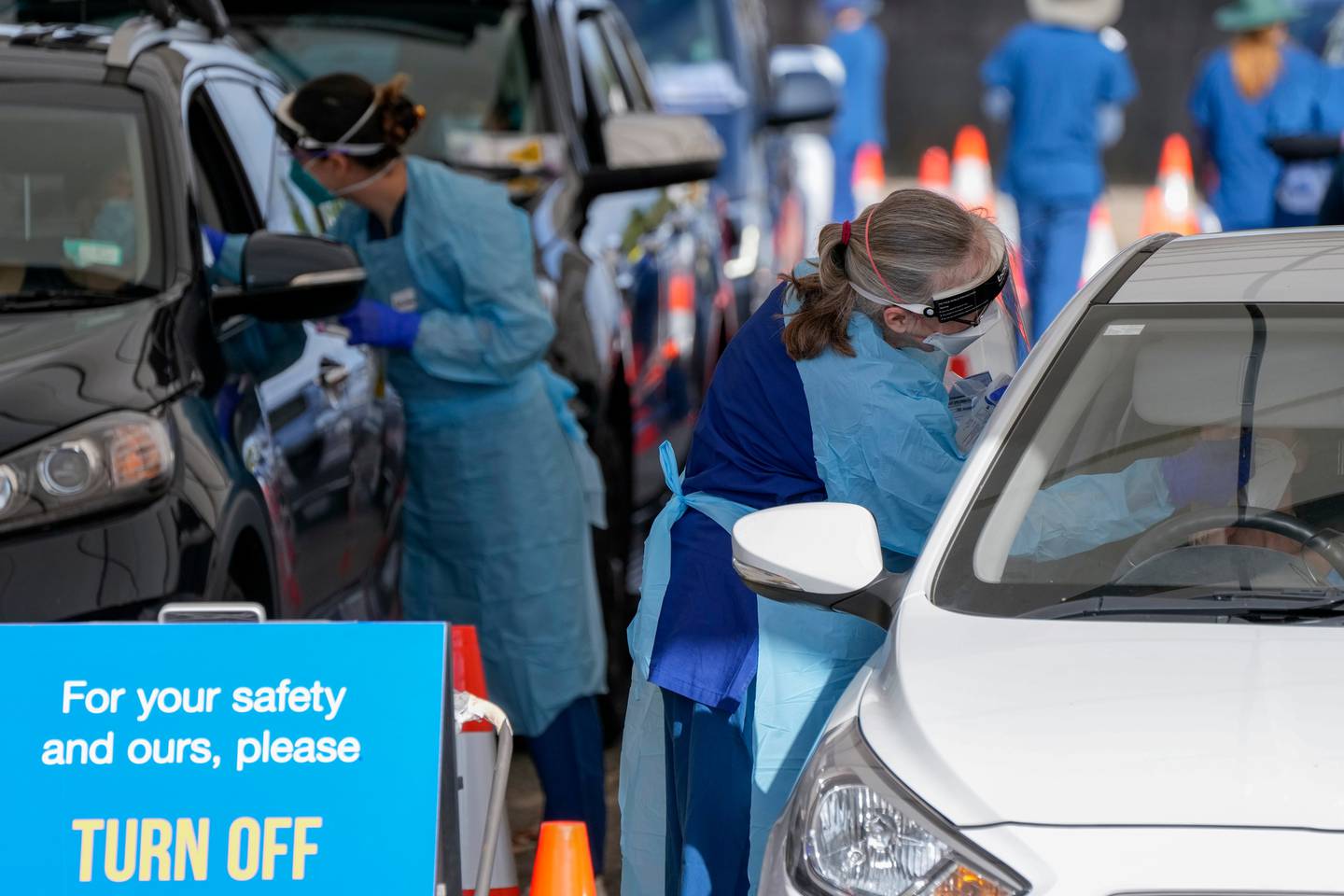 Professor Tony Cunningham, an infectious diseases physician, clinical virologist and scientist from the University of Sydney, said there are many factors that contribute to this scenario - and they are not exclusive to Covid.

"If there isn't spread in a family that is 100 per cent it may be because of the levels of immunity of the person who's got it, so the virus has fallen off quickly, it may be the level of immunity in the person receiving it and that could be 'specific' because they're immunised or 'not specific' because they're just lucky enough to have the right genes," Cunningham said.

Cunningham explained that people who are vaccinated against Covid, particularly with a booster dose, will likely have the amount of virus initially in their nose and respiratory tract "fall off faster", meaning they're not contagious for as long.

The non-infectious partner will also have varying levels of immunity, and be more protected with a booster dose or if they've had the virus before.

Of course, the nature of transmission is a factor as with any virus, he said. Were the Covid positive person and the household contact with the negative result really that close during the infectious period?

As for having lucky genes, an international team of scientists is currently looking into genetic resistance to Covid, which sounds like a good superpower to have at this point in time.

The hope is that identifying the genes protecting these individuals (those who might be born naturally resistant) could lead to the development of virus-blocking drugs to protect people from Covid and prevent them from passing on the infection. 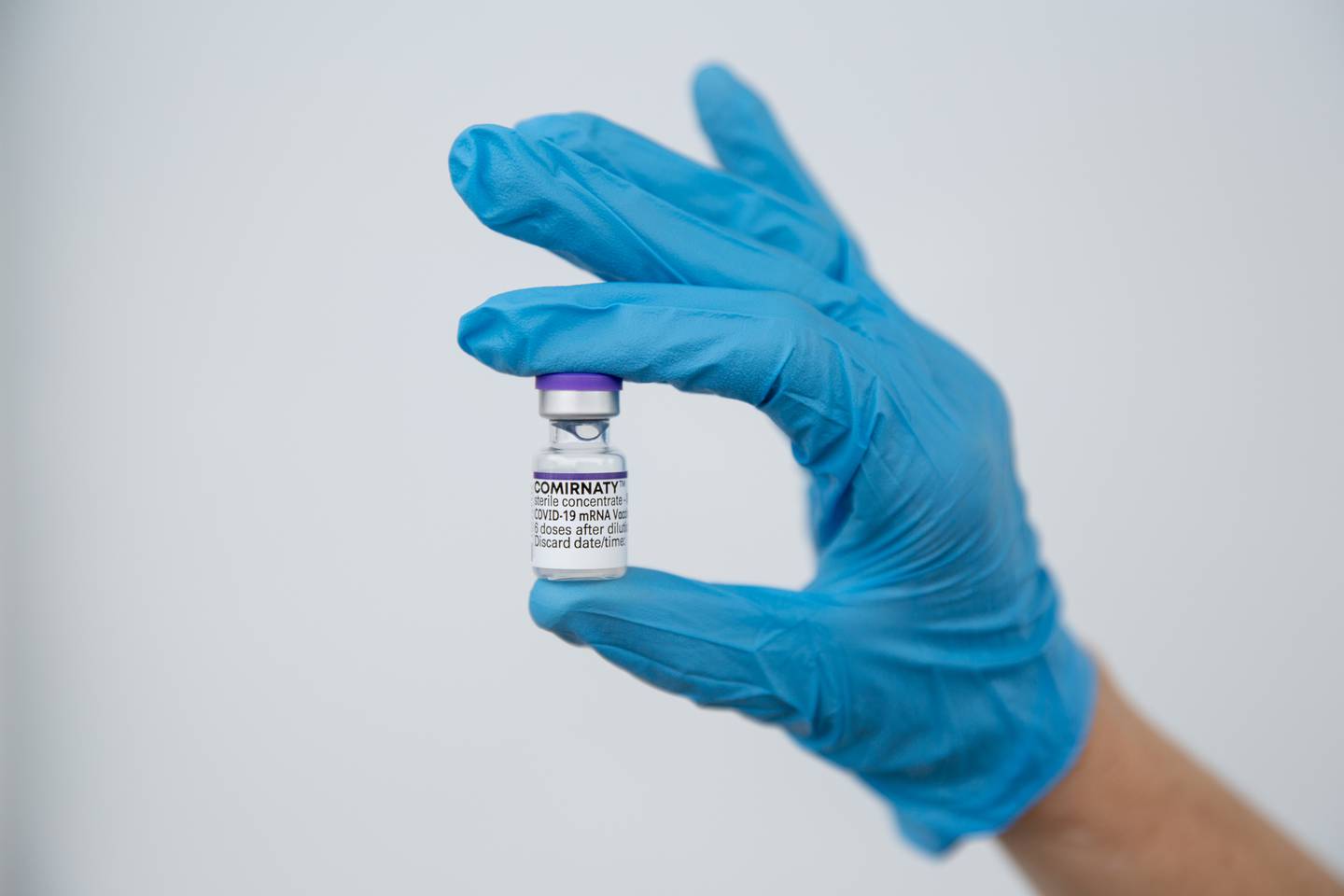 When looking at the protection the vaccine gives you, two people who were vaccinated at the same time might not have the same level of protection. Photo / Sylvie Whinray

In October, the consortium launched a global hunt for people to participate, particularly people who shared a home and bed with an infected partner.

They said a number of families had been reported where all the members except one of the spouses were infected, suggesting that some highly exposed individuals may be resistant to infection with this virus.

The scientists referenced research from the Netherlands in 2020 and published in the Clinical Infectious Diseases journal last year, which included a study of 55 households and 187 household contacts.

In 17 households no transmission took place and in 11 households all persons were infected.

When looking at the protection the vaccine gives you, two people who were vaccinated at the same time might not have the same level of protection. It is the same with immunity after recovering from the virus.

Cunningham's colleague, Professor Stuart Tangye, who is part of the consortium, told the ABC that health policy at a population level relies on the rule of averages.

The concept also applies to the seven-day isolation rule that most Australian states have for positive cases and household contacts, as the number of days a person is infectious with Covid varies.

Infectious diseases physician and microbiologist Professor Peter Collignon, from Australian National University, recently explained to news.com.au that an immuno-suppressed person can transmit the virus for quite a while, but generally people would drop off from having high levels of the virus pretty quickly.

"It's harder when they're asymptomatic but you usually get symptoms for a day or so, have your test and then your infectivity drops fairly rapidly three to four days after that," he said.

It is expected that for the vast majority by seven days people would have no virus or very low levels.