The South African GP who first raised the alarm about Omicron says she was pressured by governments "not to publicly state that it was a mild illness".

Dr Angelique Coetzee told Germany's Die Welt newspaper this week that European governments asked her to portray the new strain as just as serious as previous Covid-19 variants, including Delta.

"I was told not to publicly state that it was a mild illness," she said. "I have been asked to refrain from making such statements and to say that it is a serious illness. I declined."

Asked what she meant, Coetzee said "based on the clinical picture there are no indications that we are dealing with a very serious disease".

"The course is mostly mild," she said.

"I'm not saying you won't get sick if you're mild. The definition of mild Covid-19 disease is clear, and it is a WHO definition – patients can be treated at home and oxygen or hospitalisation is not required. A serious illness is one in which we see acute pulmonary respiratory infections – people need oxygen, maybe even artificial respiration. We saw that with Delta, but not with Omicron. So, I said to people, 'I can't say it like that because it's not what we're seeing.'"

Coetzee said "they tried" to prevent her from telling the truth but "they will not silence me". 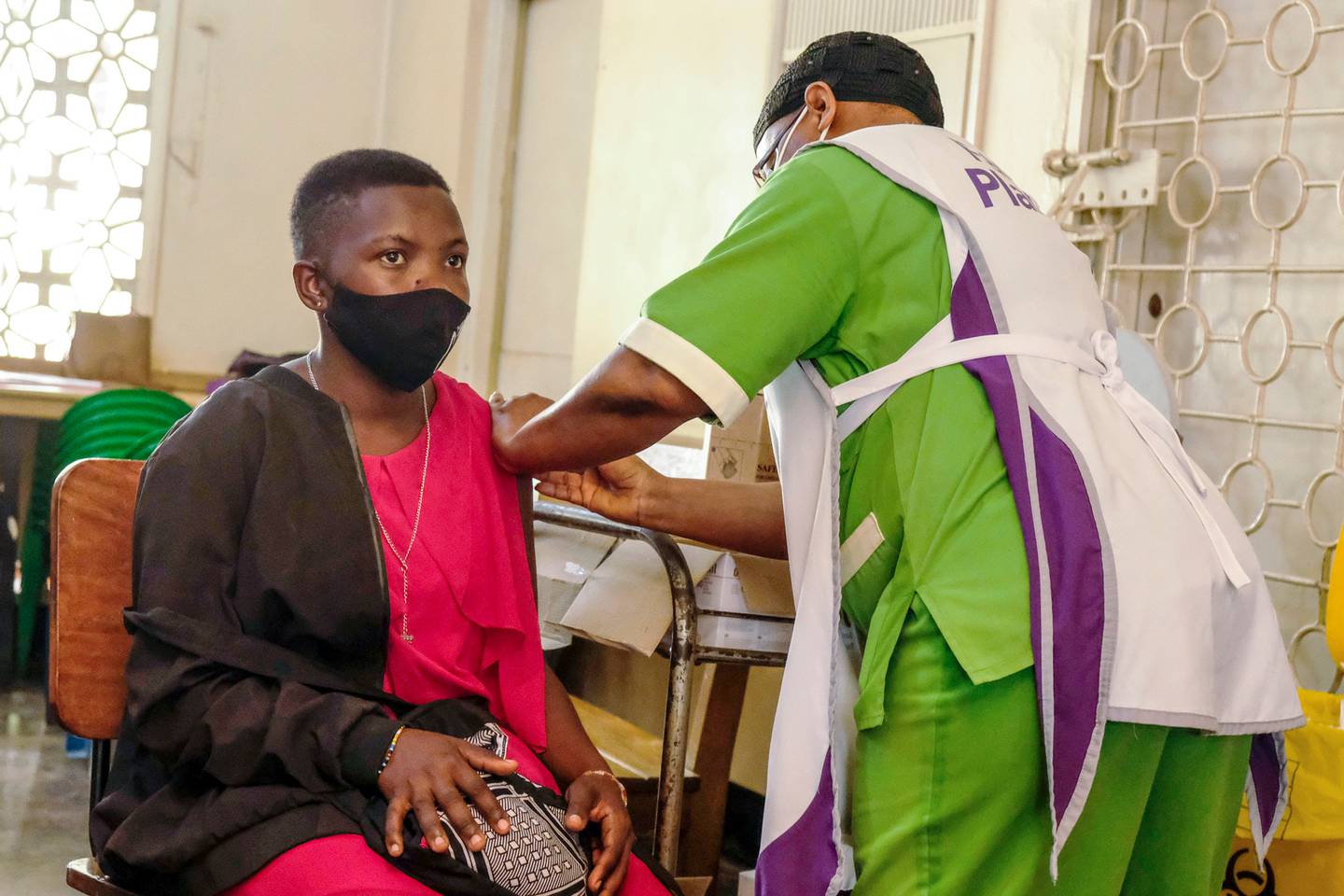 A Ugandan receives a Pfizer coronavirus vaccination at the Kiswa Health Centre III in the Bugolobi neighborhood of Kampala, Uganda. Photo / AP

"While Omicron does appear to be less severe compared to Delta, especially in those vaccinated, it does not mean it should be categorised as mild," Ghebreyesus told a press conference.

"Just like previous variants, Omicron is hospitalising people and it is killing people. In fact, the tsunami of cases is so huge and quick that it is overwhelming health systems around the world."

The Ministry of Health takes a similar stance on the highly infectious variant.

"Omicron does not appear to result in as many people being hospitalised," the MoH website states. "However, because Omicron can cause so many infections over a short period of time the number of people going to hospital each week has risen steadily in many countries.

According to Coetzee, chairwoman of the South African Medical Association, she came under pressure from scientists in the UK and the Netherlands who said, "How can you explain that it's a mild disease? It's a serious illness. Look at the mutations."

She told Die Welt, "What I said at one point – because I was just tired of it – was, 'In South Africa this is a mild illness, but in Europe it is a very serious one'. That's what your politicians wanted to hear."

She added, "My reports have thrown them off track. In a pandemic, you also have to look at what is happening at the grassroots level. The general practitioners who treat the sick every day must be asked what they experience, how the clinical picture presents itself."

Coetzee made similar comments in an interview with the Daily Telegraph yesterday. "Because of all of Covid's mutations, all of these scientists and politicians who aren't from South Africa were contacting me telling me I was wrong when I spoke out, that it was a serious disease. They were telling me I had no idea what I was talking about, they kept attacking me," she told the newspaper.

"They are accusing me of lying, of downplaying Omicron because of how it has been in Europe. In their minds, it is impossible for a disease with more than 38 mutations to be mild. But I have stated many times before it can be a serious illness if you are unvaccinated and have comorbidities but for the majority of people it is a mild illness. I am the one who has seen the patients first-hand but the politicians won't listen."

Despite the far higher number of infections, ICU hospitalisations have remained relatively steady and below levels experienced during last year's Delta wave.

Doctors say some people may even have Omicron without realising it. 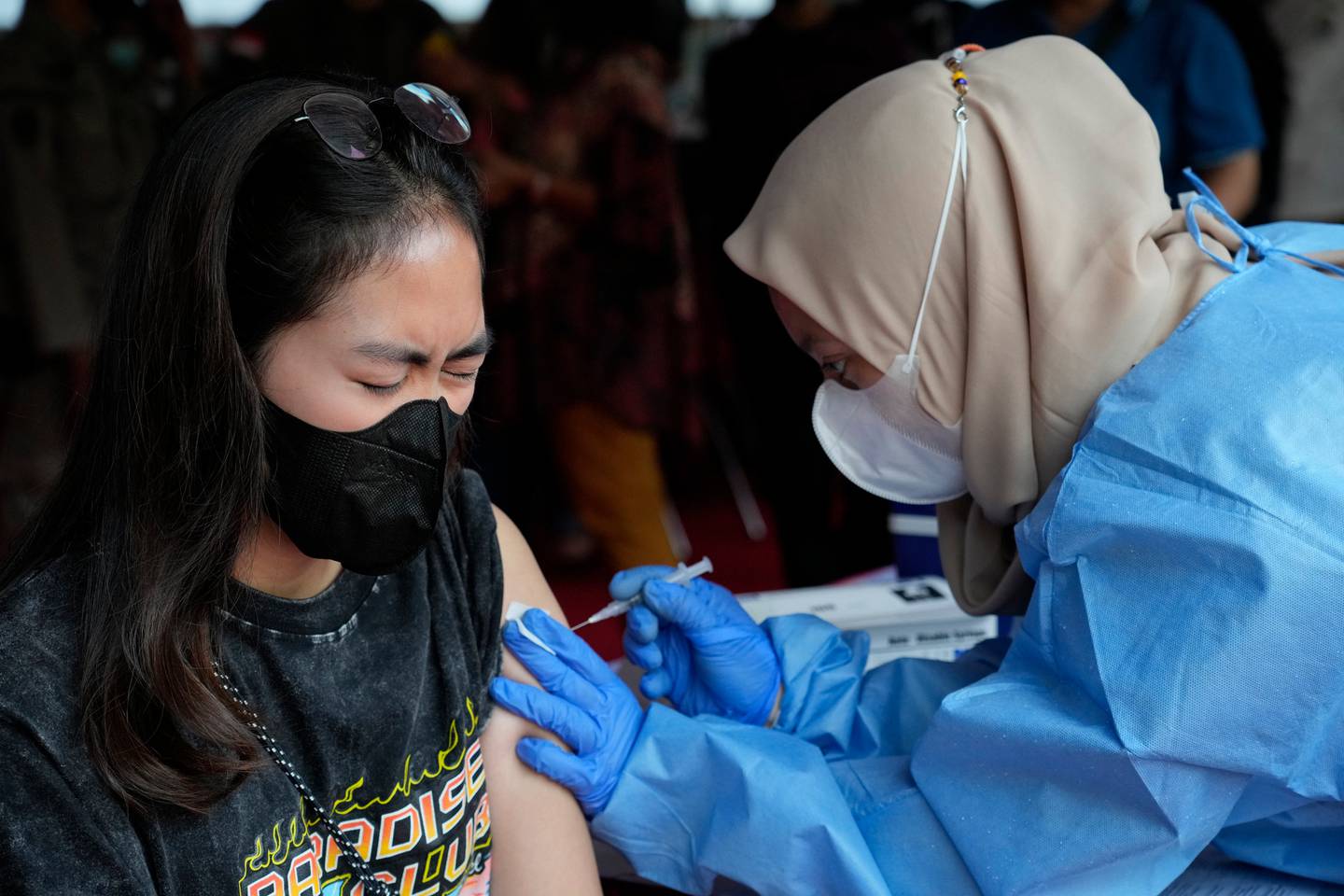 A woman receives a shot of the AstraZeneca's Covid-19 vaccine during a vaccination campaign at the Patriot Candrabhaga Stadium in Bekasi on the outskirts of Jakarta, Indonesia. Photo / AP

A US oncologist from the Mayo Clinic this week pushed back on the characterisation of Omicron as mild.

Professor Vincent Rajkumar shared data from Johns Hopkins University and the World Health Organisation showing daily deaths attributed to Covid-19 in the US were higher now than any time since the pandemic began in late 2019, with the exception of two months last winter.