New South Wales has recorded new community cases of Covid-19, with at least 51 of those cases infectious while in the community.

Of the new cases, 105 are linked to existing outbreaks and the source of infection for 102 cases is under investigation

There is a total of 3,634 cases in the latest outbreak despite the Greater Sydney region now entering its sixth week of lockdown.

The NSW government is facing increasing scrutiny about why daily case numbers continue to increase and whether or not the current lockdown measures are stringent enough to bring those figures down.

NSW health officials believe the state could reach a 70 per cent vaccination rate in just five weeks, a target that could allow for an easing of restrictions.

With more than 82,000 vaccines doses distributed in 24 hours and 4.5 million extra Pfizer doses to arrive in Australia this month, federal officials are becoming increasingly optimistic that NSW's weekly vaccinations could rise to 650,000, according to The Australian.

That would see the state hitting 70 per cent vaccine coverage by early September.

"Once you get to 50 per cent vaccination, 60 per cent, 70 per cent, that triggers more freedoms. We can turn this around in four weeks," Premier Gladys Berejiklian said on Sunday after announcing 239 new Covid-19 cases.

The lockdown is due to end on August 28 but with daily case numbers still climbing there is speculation that restrictions may need to be extended once again if the vaccination threshold is not reached.

"When we get to five million jabs, or 9.2 million jabs, which is the 70 per cent number, we will be able to have a bit more freedom obviously than what we do today, moving forward. I can't stress that enough," Berejiklian said today.

"It is really in our hands as to how we deal with the cases coming down as a community but also our rate of vaccinations." 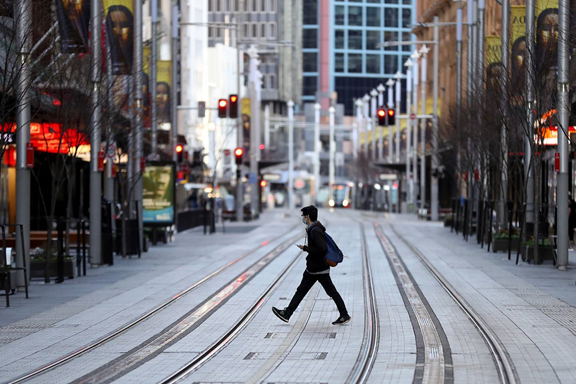 Greater Sydney has been in lockdown since late June. Photo / Getty Images

NSW health officials have also put young residents on notice as the group who is driving the state's Covid-19 outbreak due to them working more and having larger social networks.

McAnulty said officials were concerned that "young people, particularly 18 to 39-year-olds are driving a lot of the epidemic" as they spread the virus in social settings.

Berejiklian added that infected people in workplaces and households furthering community transmission was a "consistent trend".

"Workplaces are a constant place where adults are taking the disease, passing it onto other workers and having it spread to other suburbs and we need to stop that".