During more than a decade as North Korea's leader, Kim Jong Un has made "self-reliance" his governing lynchpin, shunning international help and striving instead for domestic strategies to fix his battered economy.

But as an illness suspected to be Covid-19 sickens hundreds of thousands of his people, Kim stands at a critical crossroad: Either swallow his pride and receive foreign help to fight the disease, or go it alone, enduring potential huge fatalities that may undermine his leadership.

"Kim Jong Un is in a dilemma, a really huge dilemma," said Lim Eul-chul, a professor at Kyungnam University's Institute for Far Eastern Studies in Seoul.

"If he accepts US or Western assistance, that can shake the self-reliance stance that he has steadfastly maintained and public confidence in him could be weakened." 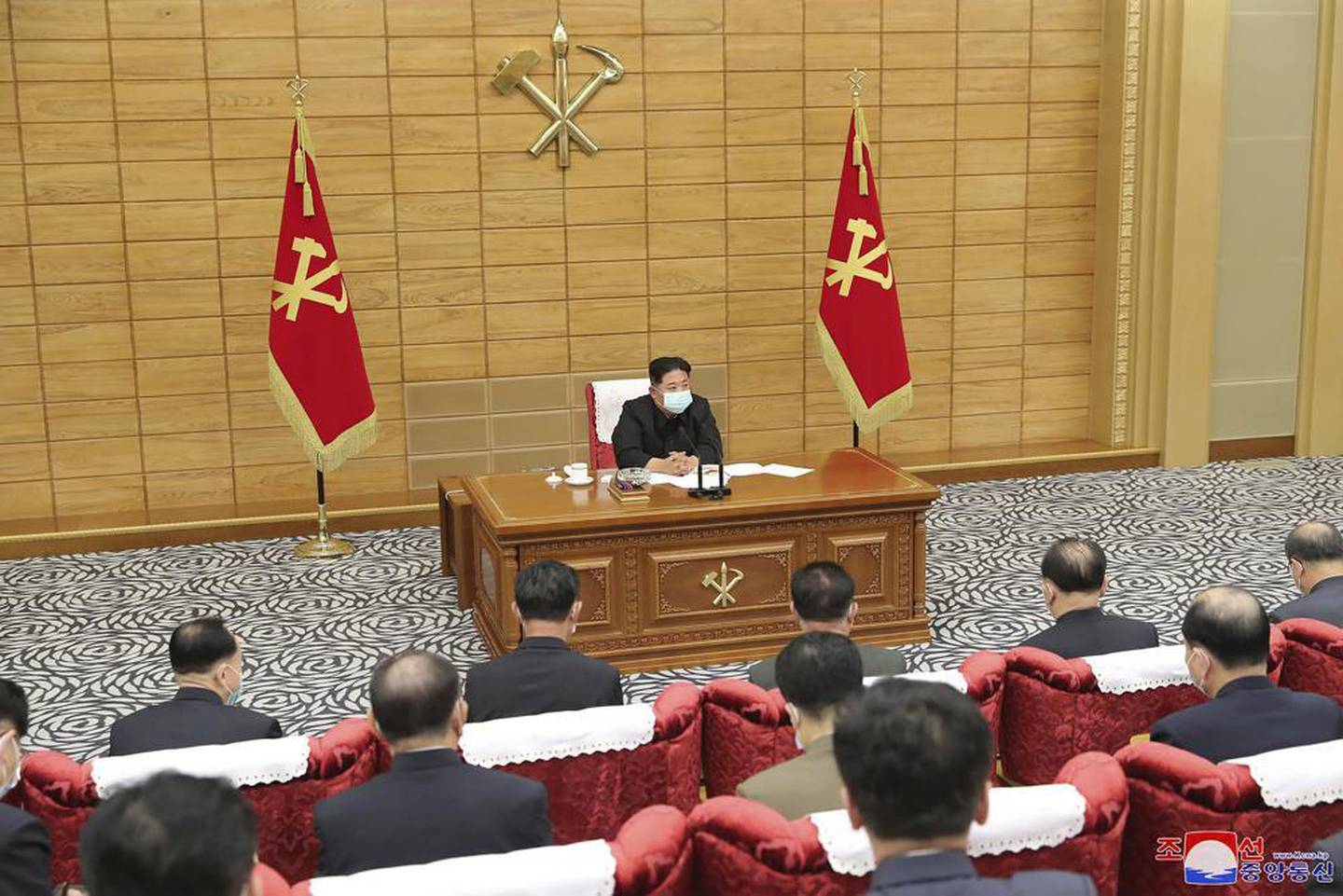 Doing nothing, however, could be calamitous.

Since acknowledging a Covid-19 outbreak last week, North Korea has said "an explosively spreading fever" has killed 56 people and sickened about 1.5 million others. Outside observers suspect most of those cases were caused by the coronavirus.

Whatever North Korea's state-controlled media say about those who are sick, the outbreak is likely several times worse. North Korea lacks sufficient Covid-19 tests, and experts say it is significantly understating deaths to avoid possible public unrest that could hurt Kim politically.

Some observers say the stated death toll is low for a country where most of the 26 million people are unvaccinated and medicine is in short supply.

The North's apparent underreporting of deaths is meant to defend Kim's authority as he faces "the first and biggest crisis" of his decade of rule, Nam Sung-wook, a professor at Korea University, said.

The North Korean outbreak may be linked to a massive military parade in Pyongyang in late April that Kim organised to feature new weapons and loyal troops. The parade drew tens of thousands of soldiers and residents from around the country. After the event, Kim spent several days taking dozens of commemorative group photos with parade participants, all of whom were without masks. Most of the photos involved dozens or hundreds of people. 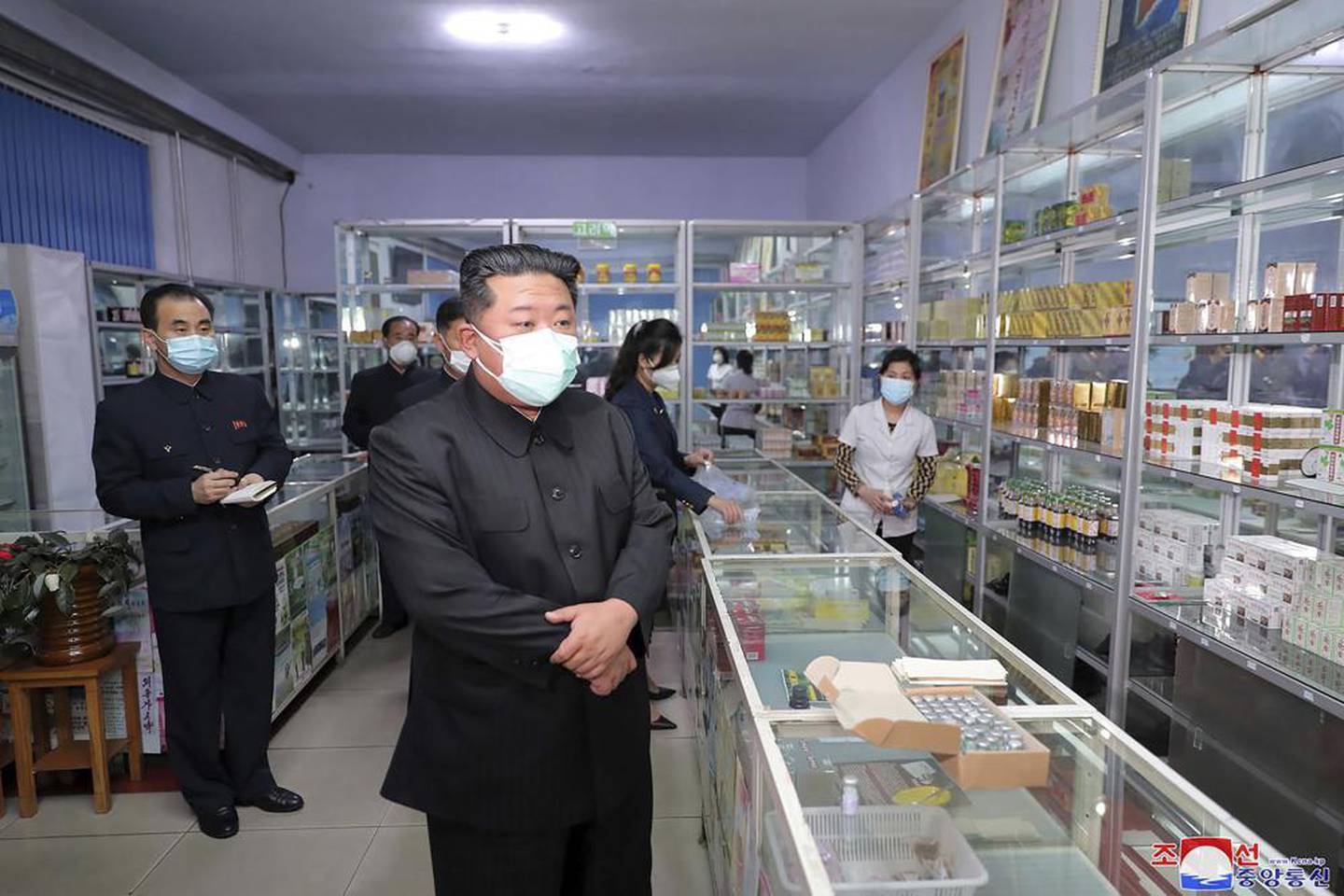 North Korea may be able to publicly hide the real number of deaths, but the country's strengthened restrictions on movement and quarantine rules could hurt its agricultural cultivation. Its economy is already battered by more than two years of pandemic-caused border shutdowns and other curbs.

North Korea is also worried about a shortage of medical supplies and food and daily necessities that have dried up in markets during the border closures, Yang Moo-jin, a professor at Seoul's University of North Korean Studies, said.

"They are experiencing another 'arduous march'," Yang said, referring to the state's euphemism for a devastating famine in the 1990s that killed hundreds of thousands of people.

Kim has previously rebuffed millions of doses of vaccines offered by the UN-backed Covax distribution programme. After the North admitted to an outbreak, South Korean and China offered to send vaccines, medicine and other medical supplies to North Korea. The United States said it supports international aid efforts, though it has no current plans to share its vaccine supplies with the North.

Receiving outside help would put the North, which is always intensely proud, despite its poverty, in a difficult position. Kim had repeatedly touted his country as "impregnable" to the pandemic during the past two years. On Saturday, however, he said his country faces "a great upheaval" and that officials must study how China, his country's only major ally, and other nations have handled the pandemic.

Nam said Kim will likely eventually want to receive Chinese aid shipments, but not from South Korea, the United States or Covax.

"Overcoming 'the great upheaval' with help from what North Korea calls American imperialists and from South Korea won't be tolerated because that goes against the dignity of its supreme leader," he said.

And North Korea will only accept Chinese aid if it's made in an informal, unpublicised manner, because it's "a matter of national pride", analyst Seo Yu-Seok at the Seoul-based Institute of North Korean Studies said.

He said China will likely agree to this because it views aid shipments as a way to bolster ties with a partner as it confronts the West. An employee of the Medicament Management Office provides medicine to a resident as the state increases measures to stop the spread of illness in Pyongyang. Photo / AP

But Cho Han Bum, an analyst at Seoul's Korea Institute for National Unification, said North Korea may look to South Korea for support because it questions the effectiveness of Chinese vaccines.

He said South Korean shipments over the Korean land border would also be faster.

Experts are divided over what support North Korea most needs. Some call for sending 60 million to 70 million vaccine doses to inoculate its people multiple times. Others say it's too late to send such a large volume, and that North Korea needs fever reducers, test kits, masks and other daily necessities more. 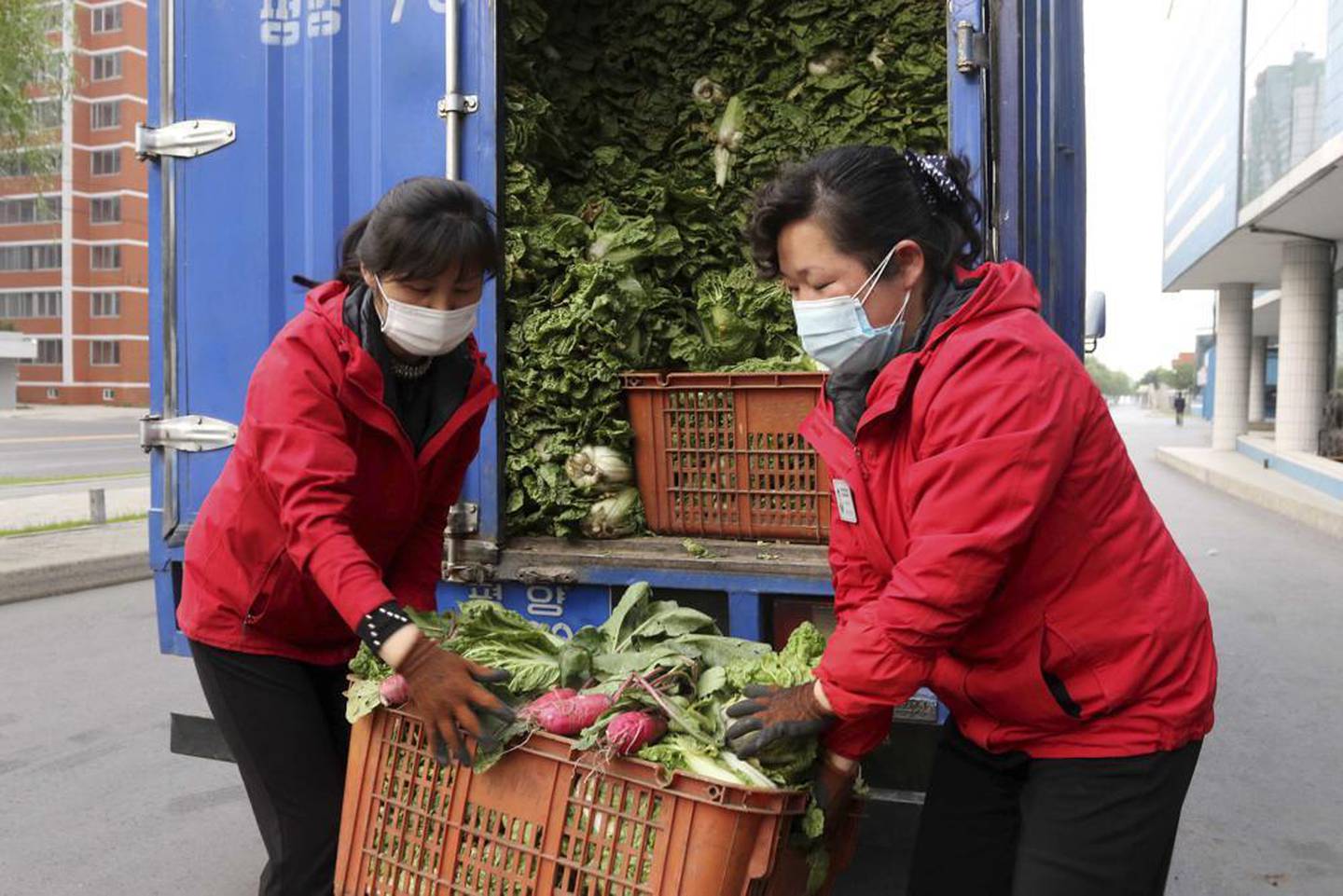 Employees of a greengrocery in Mirae Scientists Street carry cabbages to supply to residents staying home as the state increased measures to stop the spread of illness. Photo / AP

Because preventing a virus spread across the country's unvaccinated population is already unrealistic, the aim should be providing a limited supply of vaccines to reduce deaths among high-risk groups, including the elderly and people with existing medical conditions, said Jung Jae-hun, a professor of preventive medicine at South Korea's Gachon University.

"Combating Covid-19 requires a comprehensive national ability, including the capacity for testing, treatment and inoculating people with vaccines," Jung said.

"The problem can't be solved if the outside world helps with only one or two of those elements."