There were another five deaths which health authorities say have occurred over the past four days.

This follows Thursday's announcement of 10 additional deaths over the past week.

The death toll in Fiji has now reached 74.

The nation has struggled to contain the virus amid non-compliance with restrictions on movement and "false prophets" declaring the pandemic to be fake and Covid being little more than a common cold.

The most recent deaths included four people in their 60s and a 78-year-old - none of whom were vaccinated.

There are now 11,033 active cases with Fiji having recording nearly 14 thousand cases in the recent outbreak. 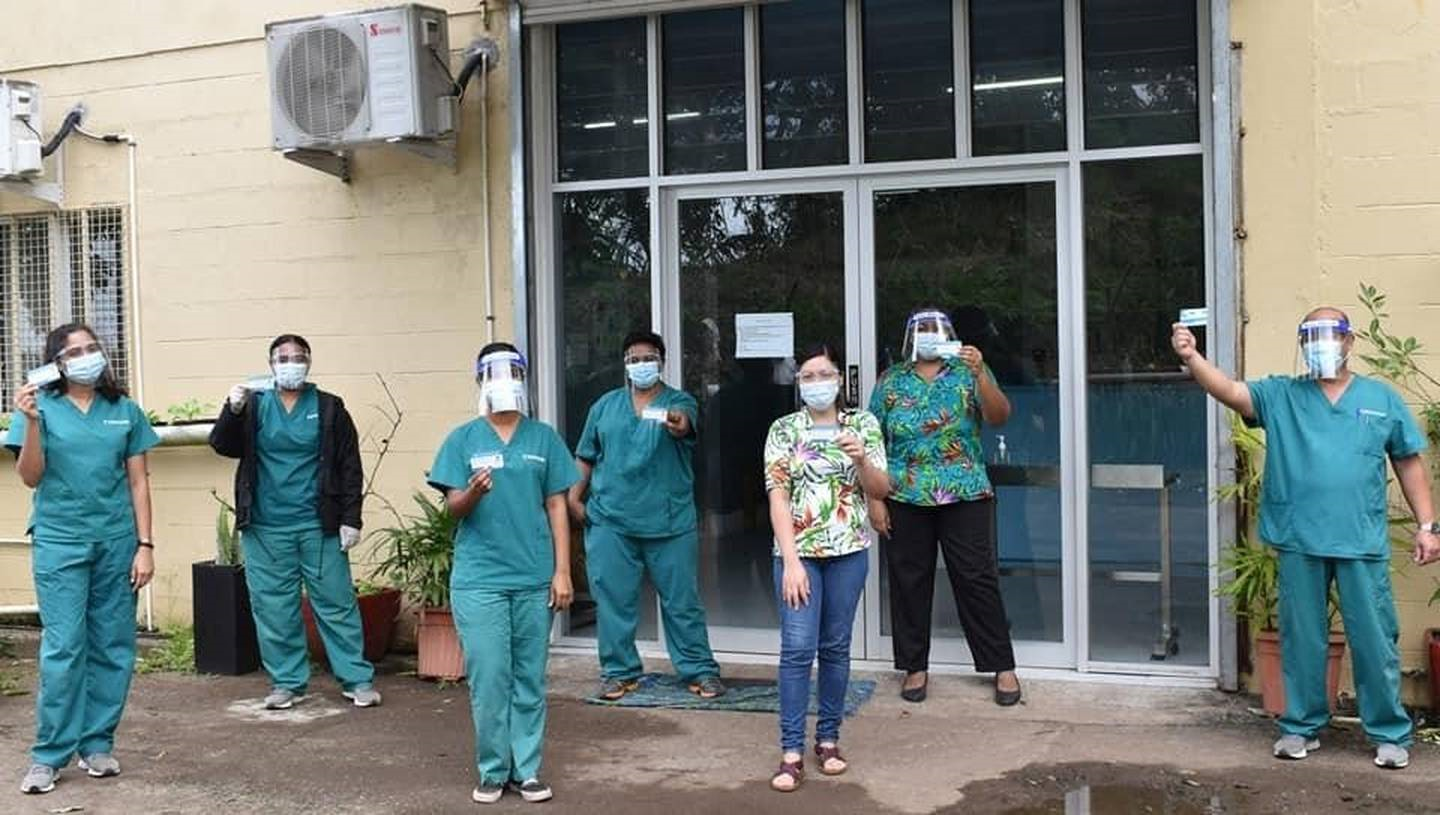 Health workers display their vaccination cards in an endorsement to encourage Fijians to get the jab. (Photo / Fijian Government via Facebook)

Earlier this week, villagers in Fiji's western province of Ra - already on lockdown after more cases of Covid-19 were detected there last week - had a curfew imposed.

A yachtie is swab tested for Covid at a marina. (Photo / Fijian Government via Facebook)

The Health Ministry said the re-emergence of positive cases in the province has resulted in the new daily curfew restriction from 5pm to 5am.

The ministry said the restrictions was to be monitored by village headmen and elders. Tui Nalawa and chief Ratu Epeli Niudamu told the Fiji Times the Bose Vanua o Ra had agreed to place a curfew and "this must be strictly followed".

He urged his people to avoid any travel unless necessary and said people need to erase the mentality that their remoteness could protect them.

"The virus could appear anywhere at any time and a great example is what we have witnessed in Nailuva Village."

Niudamu also urged the villagers to get vaccinated.

"Don't listen to misinformation and false prophets. Vaccines are highly effective in preventing Covid-19 and millions of people have been safely vaccinated all over the world.

"All adults in the Ra Province need to get vaccinated to get Fiji's economy back on track and to allow our families to meet again with our loved ones."

Permanent Secretary for Health Dr James Fong last month told RNZ lockdown measures in Fiji were unlikely to be as effective as other countries.

"In many other places in the world, measures similar to those have worked well to reduce the spread of the virus. Why has it worked? Two words: Public compliance," Fong said.

Meanwhile, a Fijian church minister who labelled the Covid-19 vaccine as "evil and against biblical principles" has been bailed by a Suva magistrate.

The 48-year-old pastor was charged with six counts of malicious acts contrary to the Public Order Act. He was accused of creating public anxiety by posting anti-vaccination comments on social media between 10 February and 18 June this year.

He was bailed for US$338 and the matter was adjourned to August 27.

Overnight, the Fiji Government announced closure of a ministry office for a "thorough decontamination".

The public is advised that the Level 1 Office of the Ministry of Lands and Mineral Resources Head Quarters will be temporarily closed from tomorrow, Friday 16 July 2021.

The temporary closure is to allow for thorough decontamination of the office. pic.twitter.com/lPKgaPsZLD

The head office for the Ministry of Lands and Minerals Resources would reopen on Monday, a statement said.