Joe Rogan did not like the fact that Jacinda Ardern shut down a press conference this week after being interrupted by a heckler.

The controversial American podcast host and UFC commentator slammed New Zealand's Prime Minister during a segment, even mocking her by what was seemingly an attempt at a Kiwi accent.

Rogan made headlines in September when he contracted Covid-19 and used a number of medications to treat it, including Ivermectin - a deworming drug most commonly used in horses - despite experts advising against it.

On his podcast this week, Rogan played a portion of the presser during which Ardern decided to shut down questions outside and move the press conference to an indoor area for accredited press only.

"She just leaves, she's like 'accredited press only'. She took the f*****g press conference indoors because they were yelling out about the vaccine programme in Israel," the podcaster added.

He went on to criticise the New Zealand Government's Covid-19 response.

"They have ultimate power now - they have the power to shut down businesses, keep people in their homes. It's not as simple as just protecting people, it's also, they have power," Rogan said.

"When they have power, they f*****g like it, man. Those are the kind of people who run for governor and mayor in the first place, they enjoy telling people what to do. They like being the king.

"'I like being the queen, hoo hoo'," he then added, attempting a Kiwi accent again. 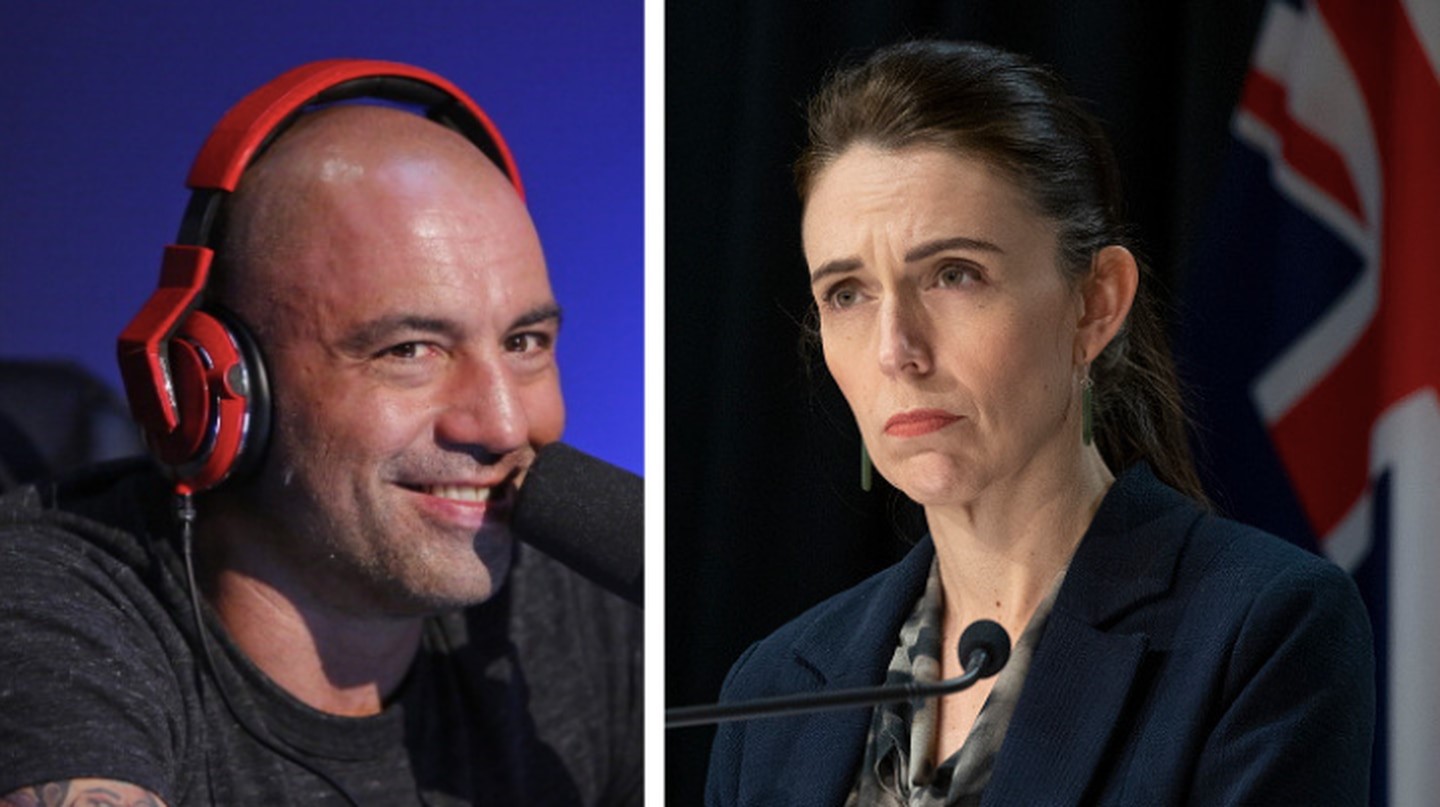 Joe Rogan did not like the fact that Jacinda Ardern shut down the press conference this week. (Photo / Getty Images)

Rogan was talking about a press conference in Northland this week, during which Ardern was repeatedly interrupted by at least two hecklers, one of whom was claiming to be a journalist.

Ardern was answering questions from reporters outside, saying that she had seen multiple people getting vaccinated. She was being heckled throughout the press conference by a female member of the public, as well as having her answers interrupted by a man claiming to be a journalist.

"Sir I will shut down the press conference if this continues," Ardern told the man at one point during the exchange.

The man continued interrupting, asking Ardern "why is the vaccine not working in Israel? And you are still pushing it".

Prime Minister Jacinda Ardern has ended a press conference in Northland early after being heckled by at least two people - one of whom was claiming to be a journalist. (Video / Michael Cunningham)

Ardern then told him he was being rude, to which the man responded: "It's rude to lie to the public of New Zealand."

Ardern then shut down the press conference.

"For our accredited members of the gallery here, we might move to an inside venue. Unfortunately, we have someone who is disrupting your press conference. So, we might reconvene," she said.

The man has since been identified as American Shane Chafin. Chafin, who trained as a pharmacist in the US, asked Ardern about the fatality rate for Covid-19.

Chafin said he worked for a little-known website claiming to be "a facts and evidence based platform ... covering the stories that many mainstream media outlets will not".

Rogan, who earlier this year said white men are being "silenced" by "woke culture", has signed a $100 million deal with Spotify for exclusive rights to his podcast.