A positive case of Covid-19 on a remote island in Fiji is being investigated by health authorities as 781 new cases and eight deaths are reported.

The 63-year-old woman from Rakiraki Village in Yale, Kadavu, was declared dead on arrival at the Vunisea Hospital on Tuesday.

If her death is found to have been caused by Covid, this will be the Eastern Division's first case of the virus.

The woman's death comes amid 781 new cases of the Delta variant reported in the 24 hours to 8am yesterday.

That compares with 653 cases and eight deaths in the previous 24-hour period.

Kadavu, a volcanic archipelago, is the fourth largest island in Fiji, and has a number of smaller islands in the Great Astrolabe Reef.

Its main administrative centre is Vunisea, which has an airport, a high school, a hospital and a government station.

Health Secretary Dr James Fong said the woman may have died at home or on the way to Vunisea Hospital.

Her family reported that she had cough, fever and shortness of breath, Fong said.

"She was swabbed as per protocol and tested positive for Covid-19.

"This death is currently classified as under investigation while awaiting investigation and issuance of a death certificate by the medical team."

Fong said early investigations have indicated that the woman had contact with individuals who went on unauthorised travel between Suva and Kadavu.

Fong said a response team is currently on-site to investigate the case and conduct public health inquiries with testing and quarantine of contacts.

"Given the clinical details of the case, and link to persons known to have illegally travelled between Suva and Kadavu, we have to assume there is community transmission on the island of Kadavu.

"To help with our public health containment measures we are suspending shipping services to Kadavu for a week starting 19th of August to the 26th of August 2021. 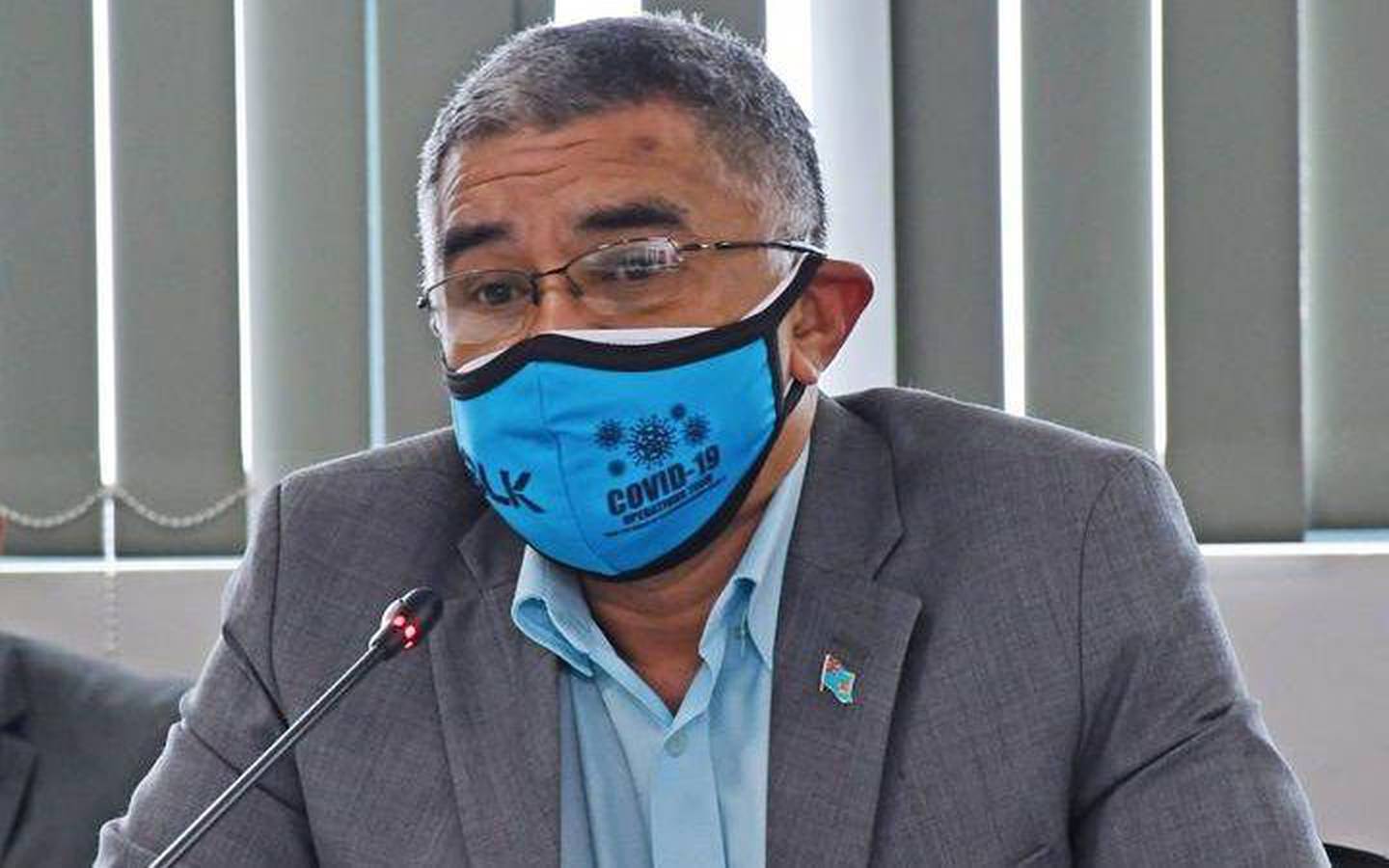 "There will also be a 14-day containment zone established for the Gasele Nursing Zone in Kadavu. This is to localise the disease to the nursing zone area for one incubation period of 14 days and to monitor incidence and disease trend in the lockdown area within this period."

Movement between the several villages in the containment zone has been restricted to reduce further spread of the virus, Fong said.

"The identification and monitoring of vulnerable persons will be initiated and strengthened. A community engagement program will be escalated to foster Covid safe behaviour with specific focus on protecting the vulnerable persons.

"Vaccination education and rollout will be escalated and targeted to vulnerable persons. Further to this, a clinical scouting team will be deployed over the weekend to Vunisea to map out a plan to escalate clinical care capability and strengthen care access especially to the identified vulnerable persons. Villagers are questioned about their movements by Fijian military. Photo / Fijian Government via Facebook, File

Fong urged residents in the maritime zone not to travel to the main island of Viti Levu where the outbreak is centred.

He called on village leaders and elders to support the ministry's efforts to protect the outer islands and to report any suspicious movement into their communities.

There have been four more deaths of Covid positive patients, however Fong said these were caused by serious pre-existing medical conditions and not due to the coronavirus.

He said a total of 233 Covid-positive patients had died from serious medical conditions they had before they contracted the virus; these are not classified as Covid-19 deaths.

The containment zone in Nabouwalu, Bua, where three Covid cases were reported, enters its fourth day of restriction of movement.

Meanwhile, the ministry has set up base at the Immaculate Junior Secondary School and teams from Labasa Hospital are travelling daily to the Bua Nursing Station and Lekutu Health Centre to provide services to the community outside the containment zone. 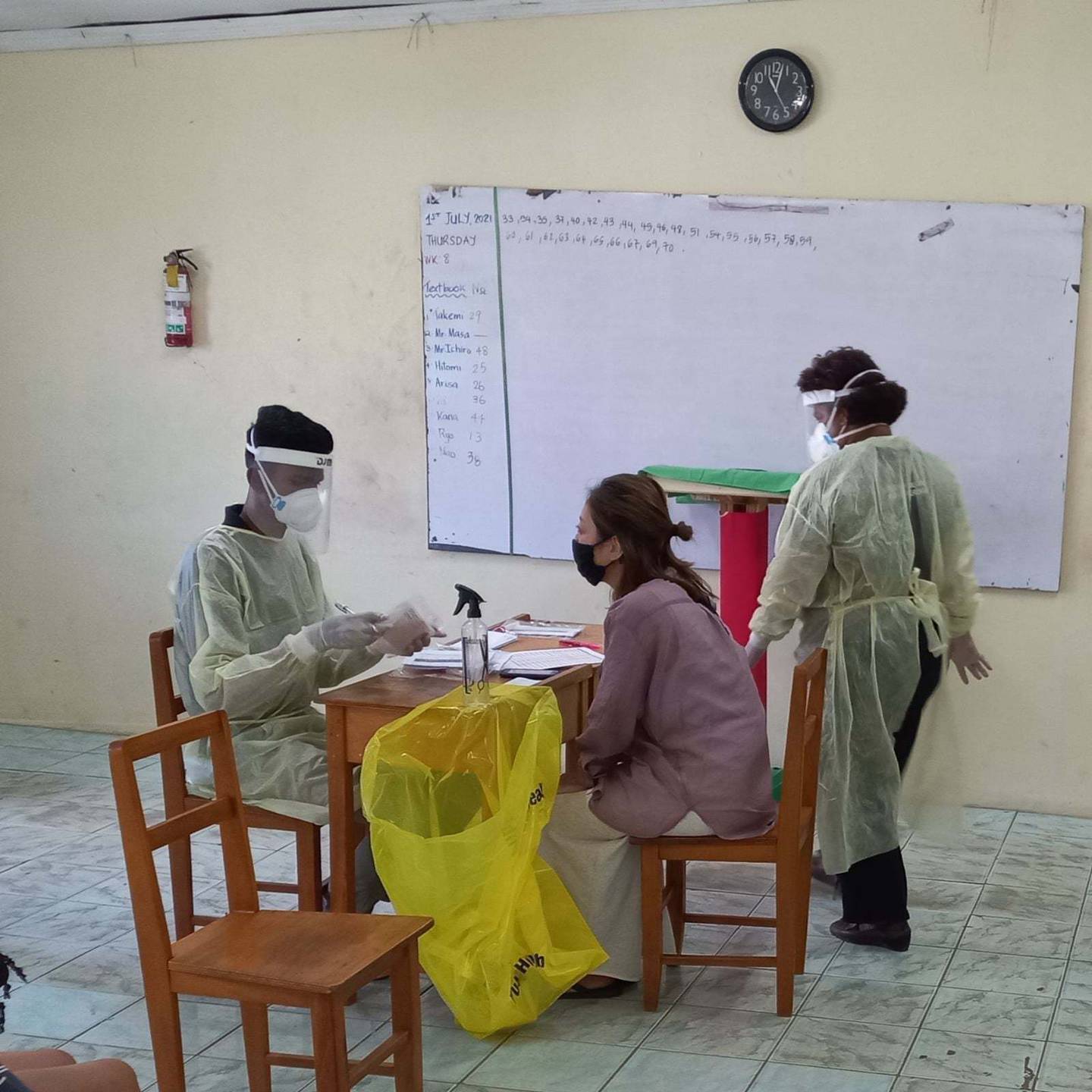 Border restrictions at Nabouwalu and other northern ports have been reinforced.

Three phases of screening and swabbing for the containment zone population are under way.

The first phase has seen 367 persons swabbed, all testing negative. Results for the second round of swabbing for 217 people are pending.

Fong said 314 Covid-19 patients are in hospital - 119 of them are in the Lautoka Hospital, 37 patients at the FEMAT field hospital, and 158 are admitted at the Colonial War Memorial, St Giles and Makoi hospitals.

He said 45 patients are in severe condition, while nine are in a critical condition.

"This means that 92 per cent of the target population have received at least one dose and 38.2 per cent are now fully vaccinated," Fong said.