Sixty-five of today's cases were infectious in the community, and the isolation status of 100 remains under investigation.

Of these locally acquired cases, 115 are linked to a known case or cluster – 97 household contacts & 18 are close contacts – & the source of infection for 229 cases is under investigation pic.twitter.com/OQC5fstf5Q

Stay-at-home restrictions will be introduced in the Dubbo Local Government Area from 1pm today until at least August 19.

The vast majority of NSW is now in lockdown, with residents of Greater Sydney, Tamworth, Armidale and Byron Bay subject to stay-at-home orders. That's around 6.5 million people, or about 80 per cent of the state.

Fifty-seven of the 62 were unvaccinated.

"Five people have received one dose of the vaccine. You can see that the vaccine works," Chant said.

"We haven't got anybody in ICU that has received the two doses of the vaccine."

Appearing on the Today TV show, Elliott said it was "too much of a coincidence" case numbers were rising sharply in the wake of the unauthorised rally.

"I am not convinced that some of the dramas that we have with these numbers aren't a direct result of that protest three weeks ago," Elliott said.

Meanwhile, Byron Bay mayor Michael Lyon has again blasted the Sydney man who broke lockdown to travel to the region, as the excuse he gave to enter the region was revealed.

Despite the ongoing lockdown in Greater Sydney and other parts of the state, NSW's public health orders provide an exemption for "inspecting a potential new place of residence".

It has been reported police may have been told the Sydney man had that exemption. 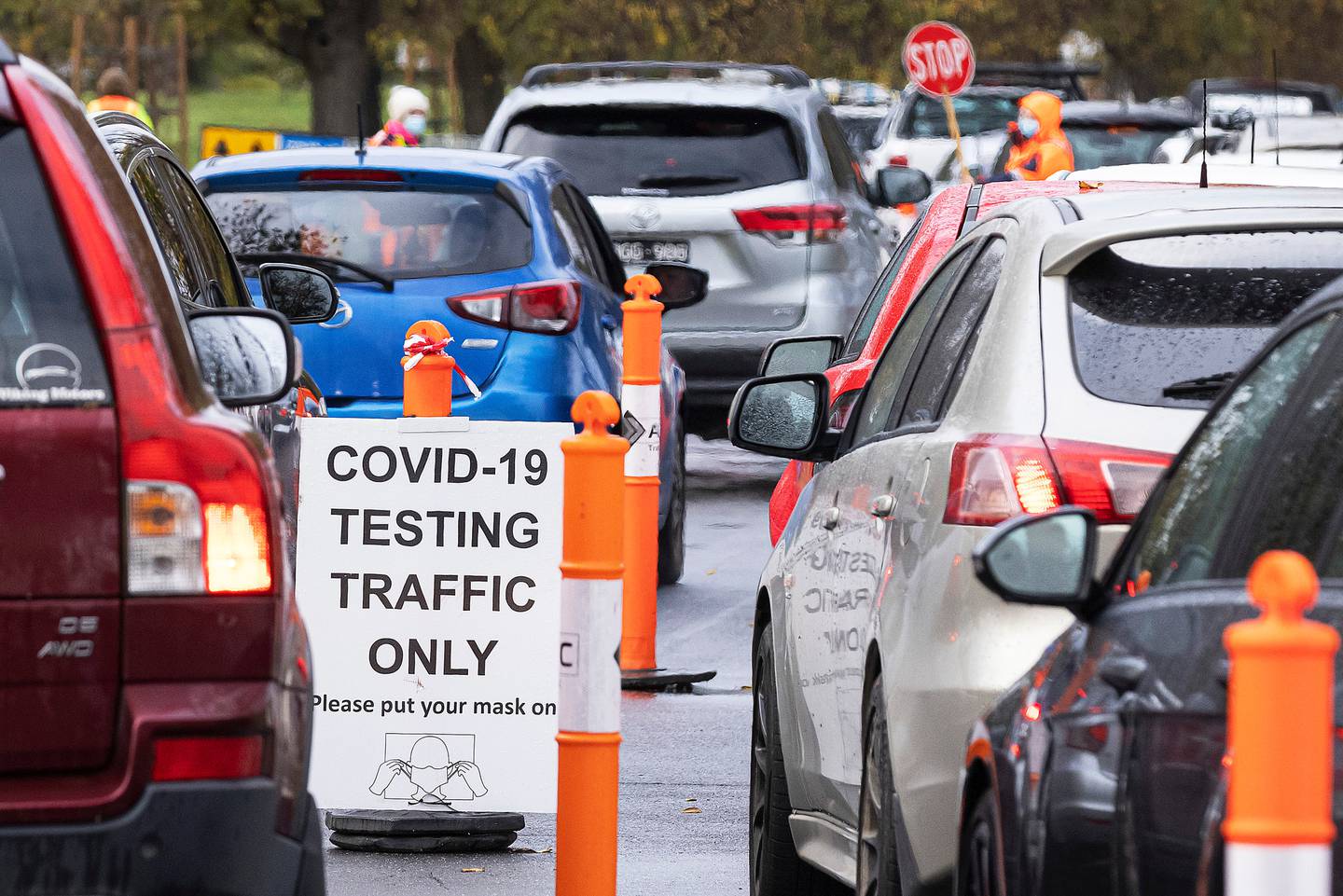 Queues at a pop-up Covid testing site in Melbourne, Australia on May 27, 2021. (Photo / Getty Images)

That rule has sparked fury among the Byron Bay community, with Lyon confirming on social media the loophole does exist and labelling it "outrageous".

Other locals also voiced their fury, with some calling for the government to close the loophole immediately.

"He didn't check into QR codes, he was infectious and sick for a number of days and aware of it, and it wasn't until he was really sick that we became aware of it," he told the publication.

"His children also had symptoms and likely had Covid.

"As I understand, this bloke may be charged. Certainly, it's justified in this case. People are frustrated, outraged, it's causing economic hardship, we've had some big impacts because of lockdown and other areas because of tourism."

An extension to Melbourne's lockdown is likely to be announced this morning after Victoria health officials reported 20 new locally acquired Covid cases.

Of today's new cases, 15 have been linked to current outbreaks and five are still under investigation. Fourteen have been in quarantine throughout their infectious periods. Six cases were infectious in the community.

Five of yesterday's cases were active in the community, and the Victorian government is looking to drive that number to zero over consecutive days before opening Melbourne back up.

With that in mind, it remains unlikely that the lockdown will lift on Thursday.

The Herald Sun understands the lockdown extension could last until at least early next week. 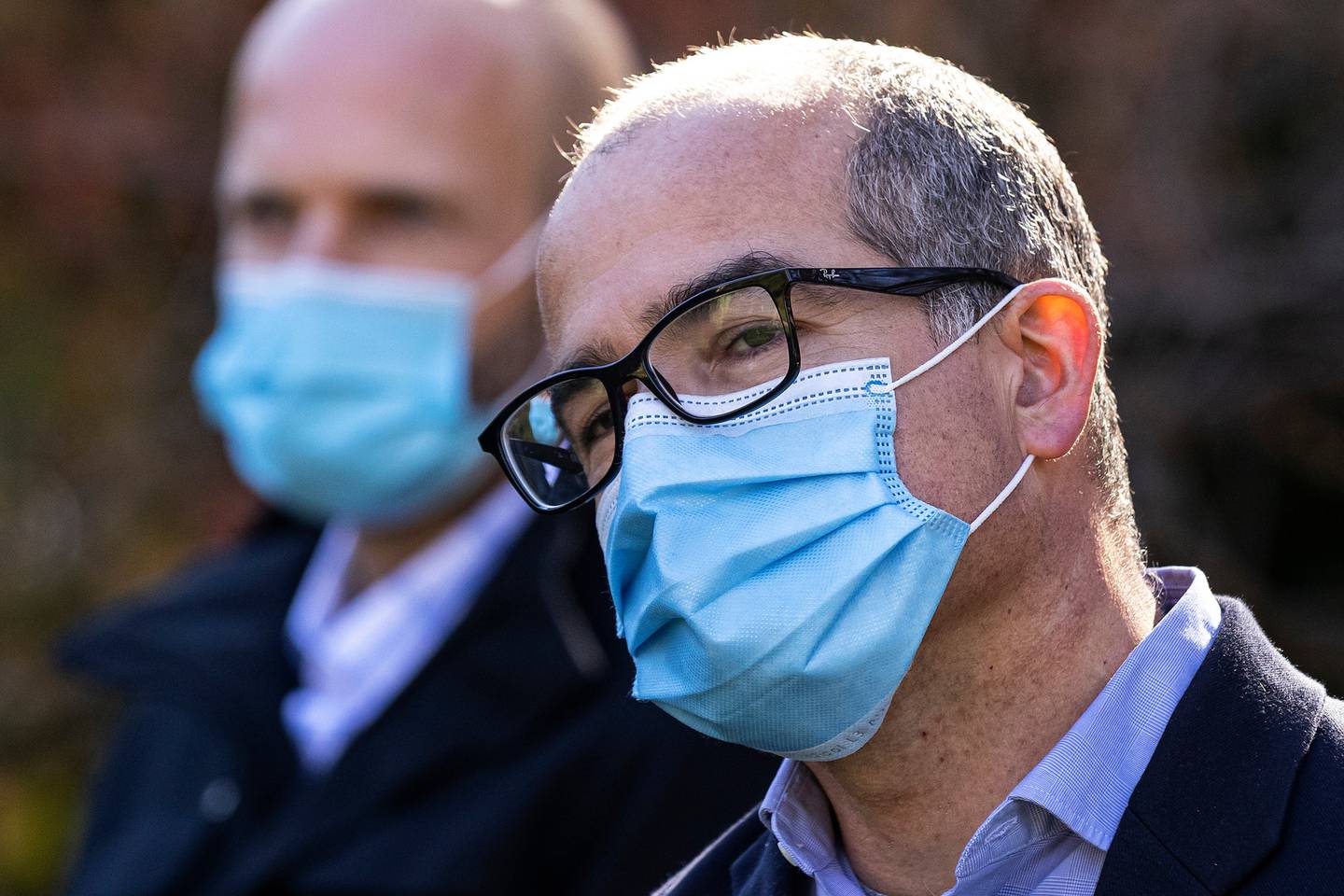 Meanwhile, two senior government sources told The Age they were looking for a run of several days in which a much greater proportion of new cases, if not all, had been in quarantine for their infectious periods before the lockdown can lift.

Health Minister Martin Foley kept his cards close to his chest when asked about a lockdown extension yesterday.

"I don't know what the future brings. The crystal ball hasn't fired up lately," Foley said. "The public health team will make a judgement call on the best and most up-to-date data they have, as closest to the position of having to make that announcement."

All new cases are linked to the Indooroopilly cluster.

Thousands of close contacts linked to the schools caught up in the cluster - including Indooroopilly State High School, Brisbane Grammar School, Brisbane Girls Grammar School and Ironside State School - will be allowed to leave their home quarantine between Wednesday and Saturday, provided they test negative on their day 12 tests.