New South Wales has recorded its deadliest day of the Covid-19 pandemic so far after the deaths of 16 more people with the virus were confirmed today.

The state has surpassed its previous record of 15 deaths set on September 29 and October 1 last year during the Delta outbreak.

A total of 727 people have now died in NSW with Covid since the pandemic began.

NSW recorded 30,062 new cases during the latest reporting period in the 24 hours to 8pm on Saturday.

There are 1927 people in hospital with the virus, 151 of those in intensive care, up from 1795 and 145 patients respectively on Saturday.

Of the over-16 population, 93.7 per cent are double-dose vaccinated while 95.1 per cent have had at least one shot.

Authorities have said residents will be able to log positive rapid antigen test results online through Service NSW from later this week.

NSW hospitals remain under significant pressure with high numbers of hospitalisations and the loss of many medical staff to Covid-19 isolation requirements. 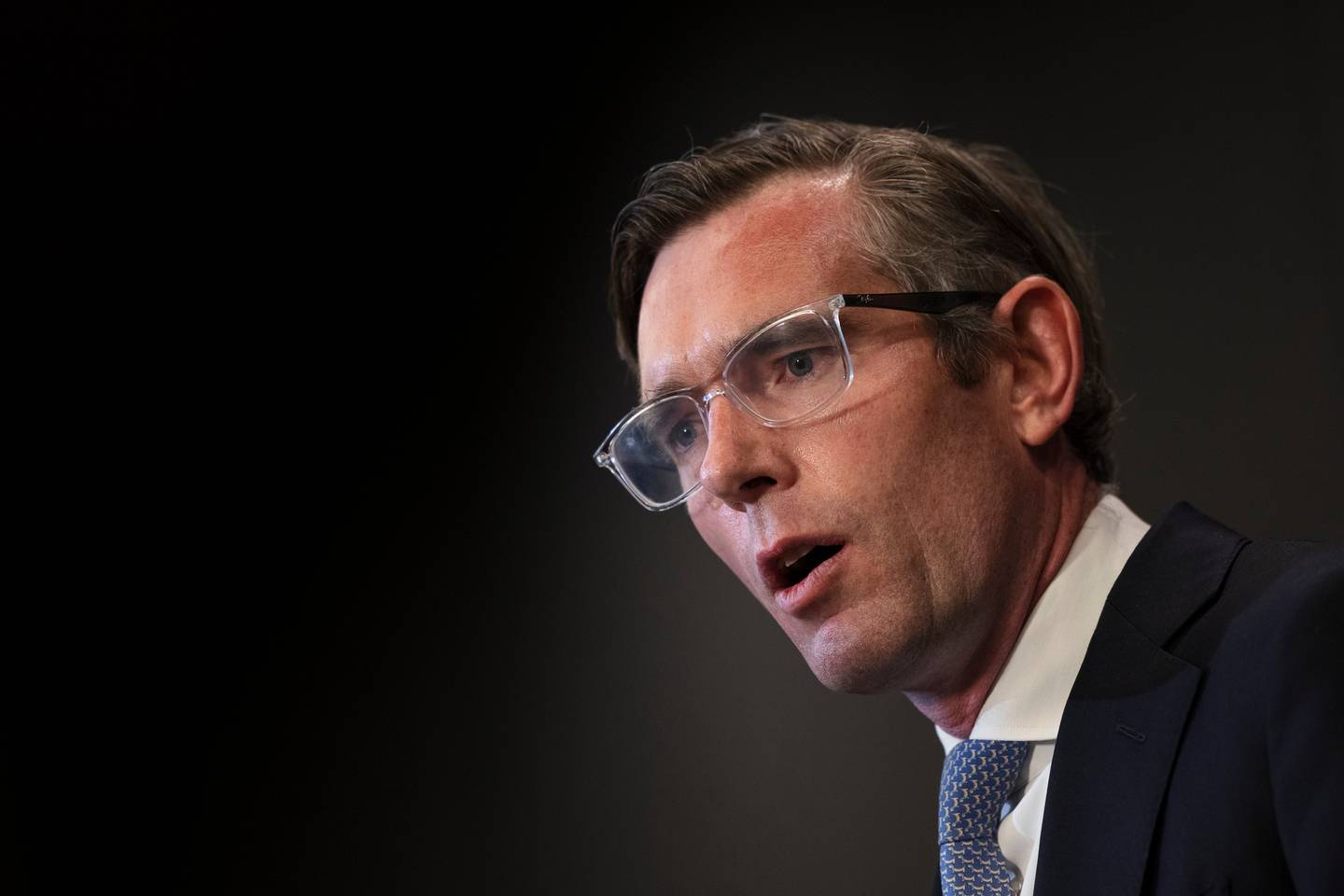 NSW Premier Dominic Perrottet has said the state is in for a "difficult few weeks" as cases are expected to climb even higher.

New infections in the Omicron-fuelled outbreak are expected to peak in the third or fourth week of January before they begin to decline next month, according to government modelling.

In a major backflip by Perrottet, a number of restrictions have been reintroduced this weekend in an effort to slow the spread of the virus and reduce pressure on hospitals.

After an emergency meeting of the Covid-19 and Economic Recovery Committee on Friday, Perrottet announced that singing and dancing in hospitality venues would be banned.

Weddings and classes are exempt from the new rules.

Health authorities may carry out risk assessments on major events which could be postponed at their discretion.

He called the restrictions "sensible and proportionate changes" that would "alleviate pressure on the hospital system and staff" and will remain in place until January 27.

People in NSW who had to get vaccinated against Covid-19 to continue working will be required to get a booster shot under a broadened mandate introduced as cases surge.

Perrottet said certain frontline workers would need to have a third dose of a vaccine, once they become eligible, in order to continue to be considered fully vaccinated.

Until now, people have had to get a PCR test to be counted in NSW's daily Covid-19 numbers.

But from next week residents will be able to report a positive rapid antigen test result to health authorities through Service NSW.

Public health orders are reportedly expected to be updated to mandate the reporting of positive RAT results, so officials can monitor the infection rate more accurately and people can be linked with health services.

The health department said 22,051 of the new cases were detected on RATs and 22,104 were PCR test results.

There were 83,993 PCR tests processed on Saturday.

There are 752 people in Victorian hospitals with the virus, 104 of those in intensive care, 23 on ventilators.

The state recorded a mammoth 51,356 new cases and nine Covid deaths on Saturday after a week's worth of rapid antigen tests were included in the daily figures.

NSW's daily Covid-19 numbers are also expected to rise once residents can log their RAT results.