A mother-of-two was taking a selfie at a popular lookout when she slipped and fell to her death in front of her horrified family.

Rosy Loomba, 38, from Craigieburn, north Melbourne, was bushwalking with her husband and two young boys at the Grampians National Park in December 2020 when she climbed over a safety barrier to take a photo.

As she tried to walk back from the "selfie rock" ledge to her family and friends, she lost her balance and fell 30 metres, Deputy State Coroner Jacqui Hawkins found on Monday.

The mother-of-two fell from the Boroka Lookout, near Halls Gap, which is famed on Instagram as the "perfect selfie" spot.

She died from multiple injuries, including skull fractures and a dislocated spine, the coroner found.

Loomba, who was a community support worker, and her husband Basant Loomba had joined a busy queue where people were eagerly waiting to have their photos taken in front of the breathtaking view.

The couple clambered over barriers once they reached the front of the line where they took several snaps standing on the rock ledge.

However, as Loomba began to walk back towards the barrier where her friends and children – Ansh and Akks – were waiting, she lost her balance. She was left dangling over the cliff edge with her husband frantically trying to pull her back to safety.

He desperately yanked on her legs and clothing but much to his horror – and that of their family and friends – he was unable to and Loomba fell over the edge, plummeting to her death, The Herald Sun reported.

Her body had to be winched out by a specialist team after 9pm due to the harsh terrain.

While the lookout spot is fenced off, Hawkins said more needs to be done to prevent people and tourists alike from jumping over the safety barrier.

Hawkins recommended Parks Victoria install extra signage in the area that expressly stated people have died and been seriously injured at the location.

"I note that adventurers and park attendees may continue to climb fences to access lookouts in order to get a photo or for their own curiosity," the coroner said in her findings.

"Mrs Loomba's death is a reminder of the dangers associated with ignoring signage and fencing which is put in place to keep people safe."

Parks Victoria will provide a written response to the coroner within three months, setting out how the recommendations will be addressed.

It will also review the existing signage.

The Boroka Lookout shows panoramic views of the east Grampians after a five-minute walk from the car park.

It has become an increasingly popular photo spot, with more than 5000 Instagram posts tagged at the location. 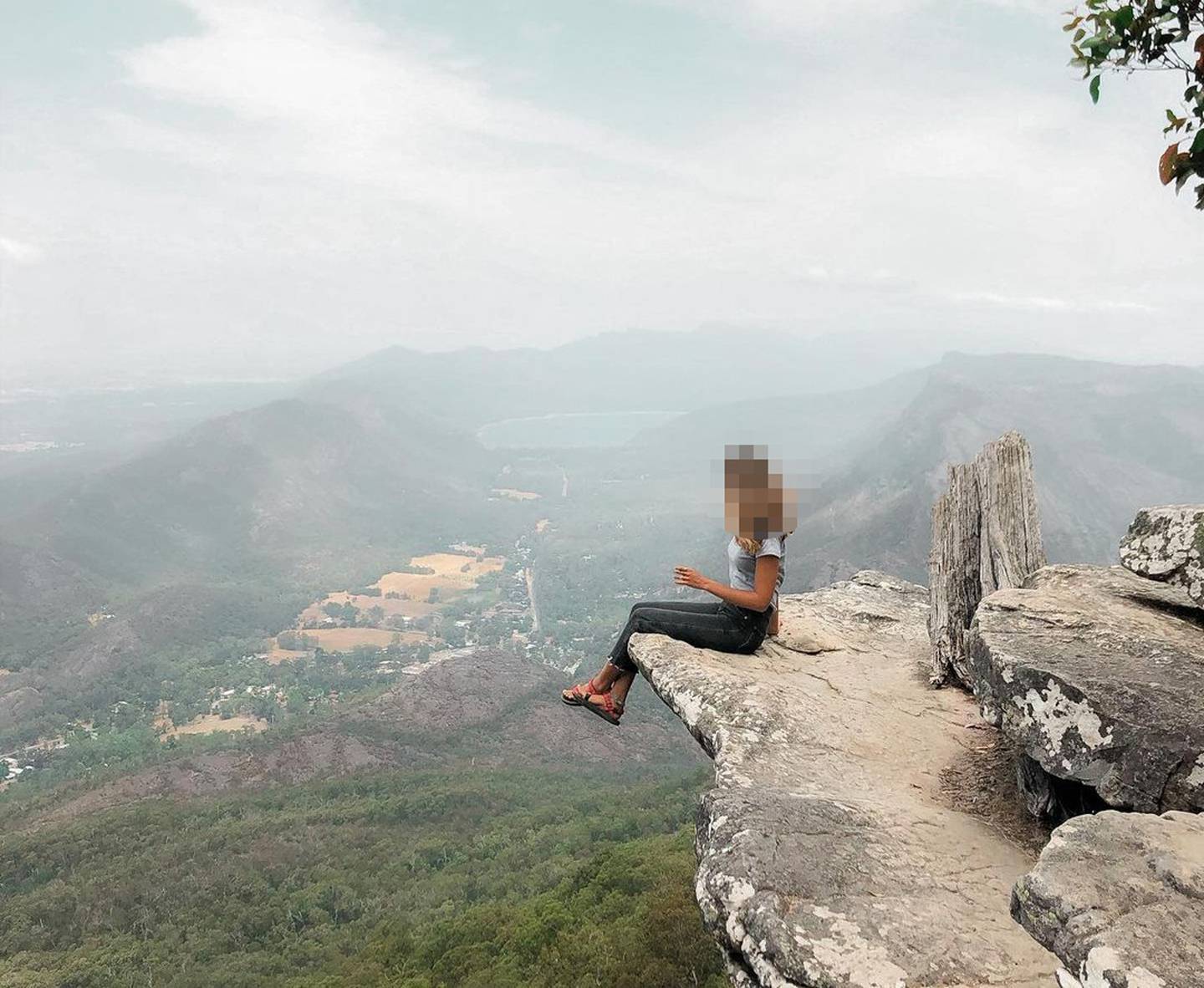 One woman uploaded a photo posing there just three hours after Loomba fell to her death. It's unclear if the image was taken before the accident.

Thousands of pictures show people who have climbed over the safety barriers to snap a travel photo while sitting, standing or even in some cases doing handstands and even backflips on the ledge.

In January 1999, a 59-year-old British tourist fell to her death at the lookout while holidaying with her husband and other relatives who were taking photos.

In November 2018, a man went viral for a video showing him completing a backflip on the edge of the lookout.

The clip garnered more than 127,000 views, with many commenting that he was "lucky to be alive".

At the time of Loomba's death, Victorian Police Minister Lisa Neville said "no photo is worth a life" and urged people to consider their safety over their social media feed.

"What we saw (on Saturday) was a really tragic outcome of behaviour that unfortunately we see too often," she said.

"Do not take these. It not only puts you at risk but it ­actually risks our life savers and emergency services workers that have to go either to rescue you or your body."