Police have compared the search for little Cleo Smith to trying to find "a needle in a haystack" - but one lucky break might have made all the difference.

Days after little Cleo Smith was miraculously found "alive and well" after being missing for 18 days, attention is turning to the incredible police work that reunited her with her family.

Police have compared the effort to find the little girl, who was snatched from her tent in the dead of the night during a family camping trip on October 16 in the remote Blowholes campgrounds near Carnarvon in WA, to trying to find a "needle in a haystack". 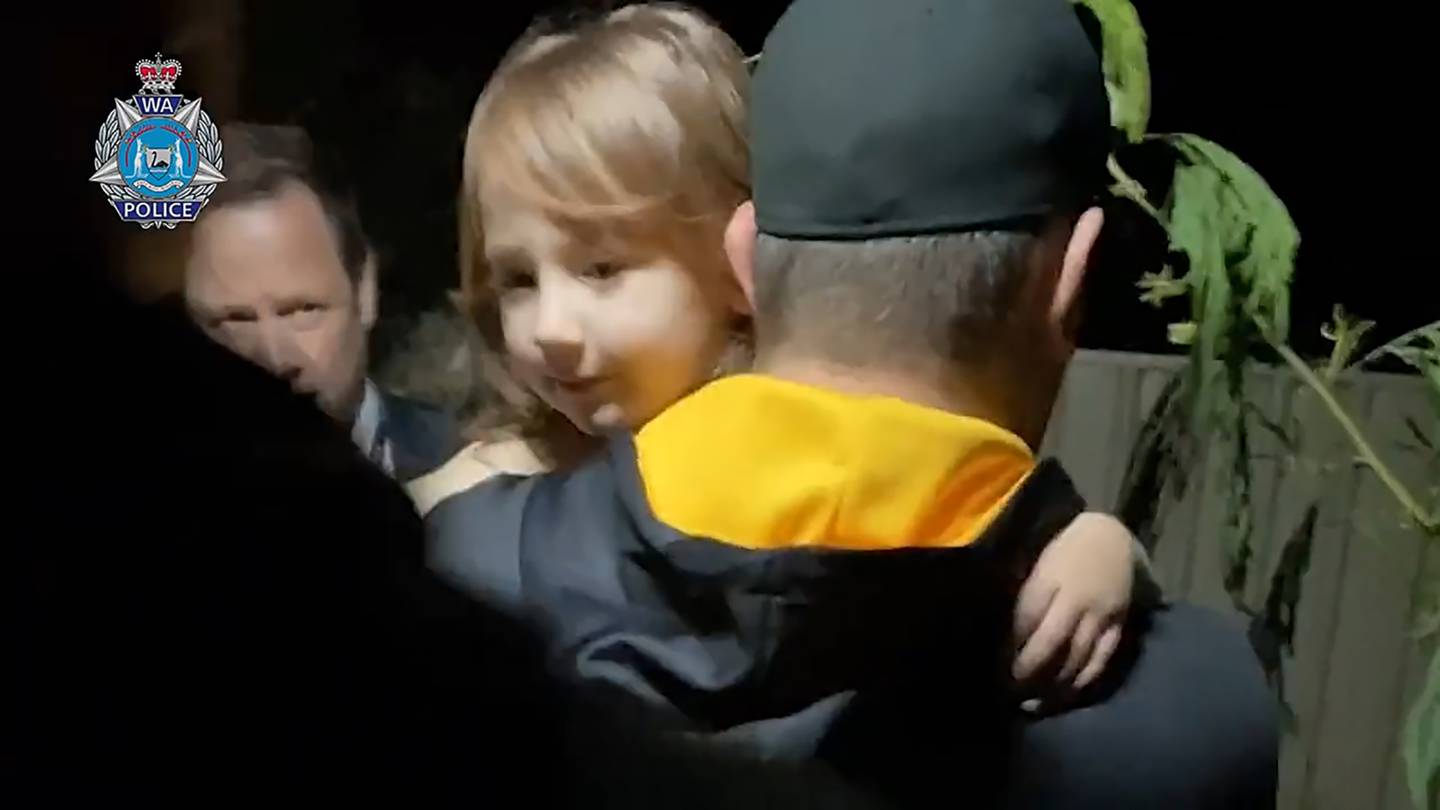 Still from a video released by the Western Australian Police of the moment, 4-year-old Cleo Smith was rescued from a house in Carnarvon, West Australia, 18 days after being abducted. picture supplied.

But early Wednesday morning, they achieved what many Australians sadly believed was impossible – rescuing the 4-year-old from a locked house just minutes from her family's home in Carnarvon, after arresting a 36-year-old man.

But how exactly did they do it?

WA Police have repeatedly insisted Cleo's rescue wasn't achieved by one crucial piece of evidence alone, but rather was the result of tireless, methodical police work.

A team of 140 worked around the clock to bring Cleo home, and never gave up hope despite the dwindling odds. 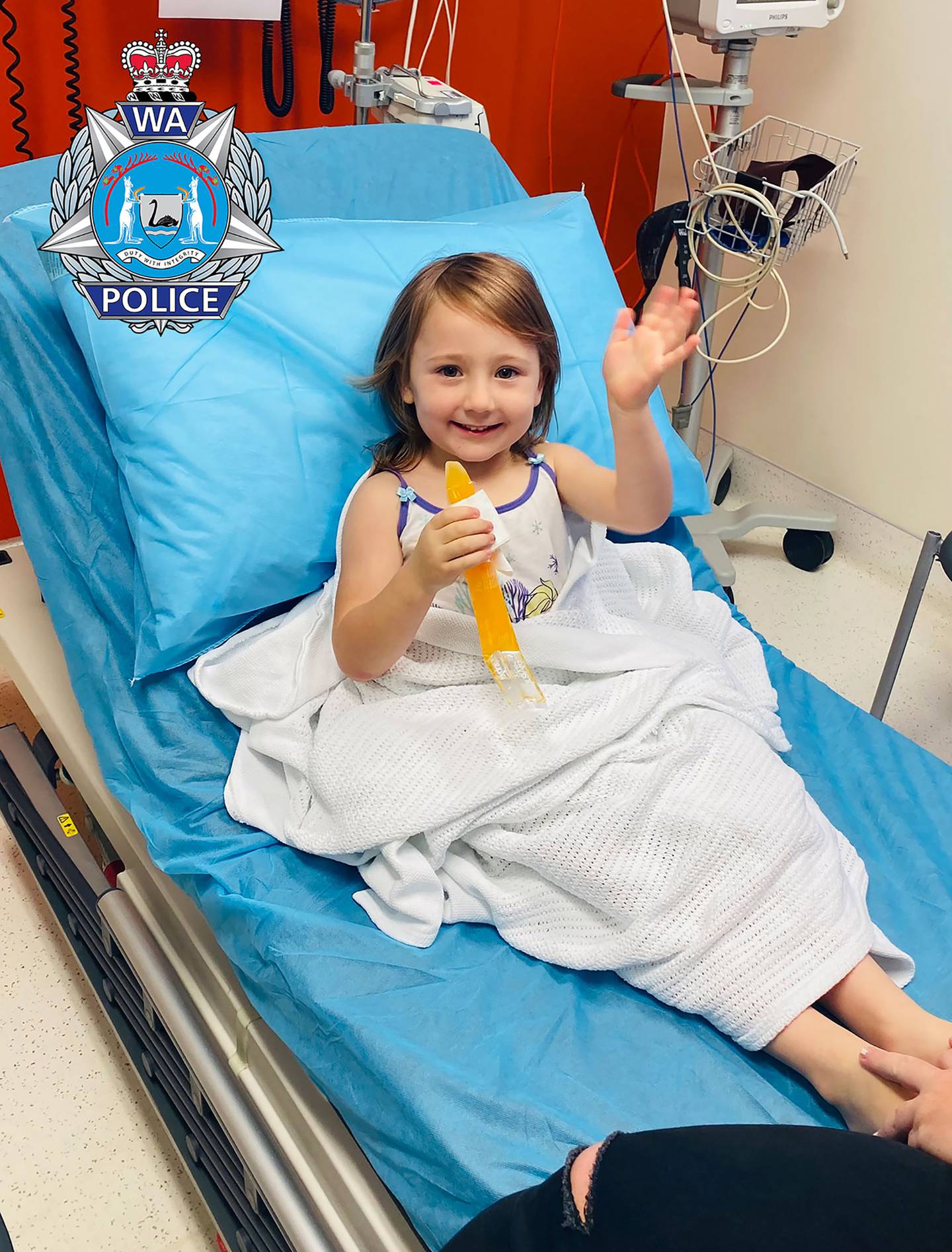 "It was the hard work of the team that did it," Detective Superintendent Rod Wilde said this week.

"Analysing all of that information, gathering it all, working through it and finding that needle in a haystack."

Superintendent Wilde said while it ultimately came down to sheer hard work, a development did lead to the breakthrough they needed, which took police to the home Cleo was found in.

So far, police have remained tight-lipped when it comes to specific details, although we do know officers methodically searched for clues at the campsite, with the use of helicopters and drones, by poring over CCTV footage from a 1000km radius, from interviews with witnesses and thousands of tip-offs from the public, including reports of a car heard tearing away from the campsite in the middle of the night Cleo vanished, and even in Cleo's family's own home, which they searched three times, seizing bags of potential evidence.

Police also sifted through and analysed an extensive amount of mobile phone and cell mast data.

"It's a matter of piecing it through, working out who was there, who was where at the wrong time, and that's what happened," Superintendent Wilde said.

But he said phone data had been critical.

"Everything contributed. Certainly phone data helped us," he said.

"It will become apparent that when we put the puzzle together it all led us to one place.

Commissioner Dawson told ABC Radio that while a tip-off from the public pointed to the home Cleo was found in, "a lot of forensic leads" had also directed officers in the same direction.

"There was some information we followed up on," he told ABC Radio.

"We had been following a lot of the forensic leads and it led us to a particular house."

Police reportedly combined a tip-off about a car with mobile phone data and other forensic information to locate Cleo, with the phone data an especially lucky clue.

While large parts of the Australian outback do not have mobile signal, the Blowholes campsite is located near mobile phone towers, meaning a strong signal exists in that particular area.

In fact, the area houses three new mobile phone base stations, which surprisingly means the remote campsite actually has a far better signal, with a 3G and a 4GX service, than the town of Carnarvon.

Before the masts were erected in late 2018, the area had been a dead zone for mobile coverage, but their existence had been described as a lucky break for investigators desperately searching for Cleo.

Phone masts play a key role in modern police work, as they provide evidence about potential witnesses and can also help to confirm statements and alibis, as they can reveal who was in a certain area at a given time.

To access that information, police do not require a warrant, and must simply request "tower dumps" from the telco that owns the specific tower in question.

The telcos then provide the police with all the mobile phone numbers that bounced off the masts within a certain time frame, and that evidence can be combined with other data and clues to help solve a case.