The detectives behind the rescue of Cleo Smith have revealed snippets of how the 4-year-old is adjusting after being reunited with her family.

Her 18-day disappearance gripped Australia, with many fearing for the worst. However, in the early hours of Wednesday morning, police uncovered the whereabouts of the missing child.

Cleo was allegedly taken from the family tent while camping at the Blowholes campsite on October 16 and was rescued in the middle of the night on Wednesday when detectives stormed into a Carnarvon house.

"From our point of view, I'm amazed she seems to be so well-adjusted and happy, it was really, heartwarming to see," he said, revealing she had been "falling asleep in her mother's arms". Four-year-old Cleo Smith waves as she sits on a bed in hospital. (Photo / WA Police)

"On one occasion, she asked mum to come next to her, and lay next to her and look at her while she fell asleep," he said.

"It's really good to see that she is adjusted, getting some sleep, she is playing in the backyard, exactly how you would expect, like how my daughter did when she was four years old, it's great.

"It was an overwhelming delight to go in and open the door, [we were] just overwhelmed to see her unharmed, certainly from a physical initial view. That was really good."

According to The Australian, Kelly made several outbursts during the late-afternoon hearing including: "I'm coming for you".

Earlier on Thursday, lead investigator Detective Superintendent Rod Wilde told reporters the accused man had allegedly harmed himself twice, which had resulted in two trips to the hospital.

Asked if Kelly was the driver of a car seen about 3am on the night Cleo vanished, Wilde said: "That hasn't been confirmed as yet, but certainly we would say that that car was significant and it was in the right time frame."

Wilde described the probe as a "very quick-moving investigation", with the man only becoming a suspect late on Tuesday afternoon.

"He was arrested not long after that," he said.

During an earlier radio interview on Thursday, Rod Wilde rubbished rumours that Kelly was bashed by a cellmate.

"No, that's not true. My understanding is that the man in custody self-harmed," he told 6PR radio.

"Obviously, in modern police stations there's CCTV in all the cells."

Wilde said Cleo was "physically fine" after her alleged abduction, but police still needed to establish what happened during the 18 days she was missing, describing it as a "traumatic event".

"Obviously there's a process to go through with our child specialist interviewers that are here now," he said.

"Depending on how she is ... we intend to start that [part of the investigation] today."

WA Premier Mark McGowan visited Carnarvon on Thursday, holding two teddies — one for Cleo and the other for her younger sister Isla.

"Cleo was a delightful little girl, who was playing in the backyard, and I gave her the two teddies, which we named," he said.

McGowan said they named the teddies Cameron and Rod, after the detective who rescued her and the lead investigator in the case, but he was unsure whether those names would stick.

"Cleo didn't seem too enamoured with those names," the Premier joked. 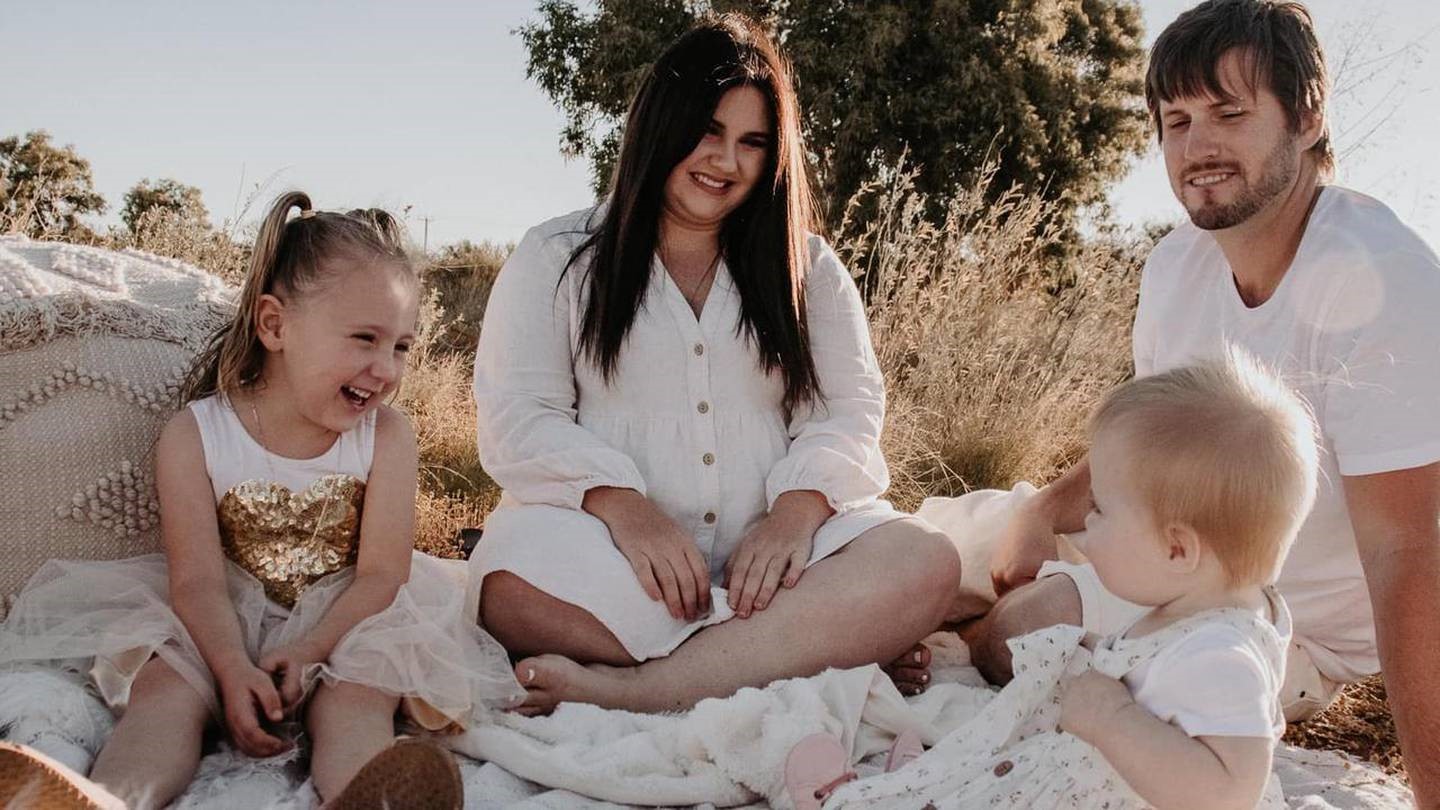 He also revealed an embarrassing moment for himself during the meeting.

"I unfortunately trod on her new Barbie shoes and broke one of them, so I owe her a pair of shoes," he said.

McGowan described Cleo's family as "very humble" and "very well adjusted" considering their situation, and said he shared some high-fives with Cleo.

"It was a lovely experience to meet her. She was, I thought, very well adjusted considering and the family were very appreciative of everything that has been done for them," he said.

"They're ... fundamentally decent, honest human beings ... they're really lovely people and it's great to meet them and acknowledge what they've been through.

"Obviously, there'll be a way to go from here but they're certainly on the right pathway."

Speaking to Sunrise yesterday, Deputy Commissioner Col Blanch said police are now trying to piece together exactly what happened inside the house where Cleo was discovered.

When asked if anyone else other than the suspect had entered the home during this time, he said that was not the "immediate information" police had at this time.

"It is not our immediate information that that is the case but certainly we have to go through each day forensically and work out who came, who didn't and what the circumstances were and what took place in that house."

He told 2GB that police have to be "really careful with Cleo" and that they have been giving her time with her family before interviewing her.

"We will be talking to Cleo, but we have to do it very carefully. We have professional child interviewing experts and we will try to get information out of her about those 18 days," he said.

"That is a really hard, slow process and it is OK if she doesn't want to tell us."