Cleo Smith has reportedly revealed to detectives that more than one person was involved in her disappearance.

The brave girl reportedly told investigators a woman brushed her hair and dressed her during the 18 days she was hidden from her desperate family.

Smith made the revelation during the interview process, telling police that the woman made visits to the home in the Western Australian town of Carnarvon, the Daily Mail reported.

Police have said publicly that they are trying to "ascertain whether there was anyone else involved". The 4-year-old was allegedly taken from the family tent while camping at Quobba Blowholes, 75km north of Carnarvon, on October 16.

Cleo was missing for 18 days until she was rescued by police from a locked room in a house in the West Australian town.

Terence Darrell Kelly, who has been charged with abducting her, will remain in a maximum-security prison in Perth until his next court appearance in December.

Kelly, 36, was arrested about an hour before Cleo was found and has since been charged with various offences including one count of forcibly taking a child aged under 16.

Detective senior sergeant Cameron Blaine, one of the officers who found Cleo, said on Monday the investigation was going well but there was more work to do.

"Our focus this week is for us to ascertain whether there was anyone else involved. That's why we are still here," he told reporters in Carnarvon.

Cleo was found "alive and well" just before 1am on November 3 after detectives forced their way into a property not far from her family home.

One of the officers picked her up into his arms and asked "What is your name?" to which she replied: "My name is Cleo".

She was reunited with her mother Ellie Smith, stepfather Jake Gliddon and baby sister Isla shortly after.

Police on Monday spent their sixth day at the home where Cleo was found, combing through evidence for one of the biggest investigations in WA history.

A mobile phone was reportedly in one of the bags of evidence seized from the home along with a Bratz doll, crayons, pens and markers. 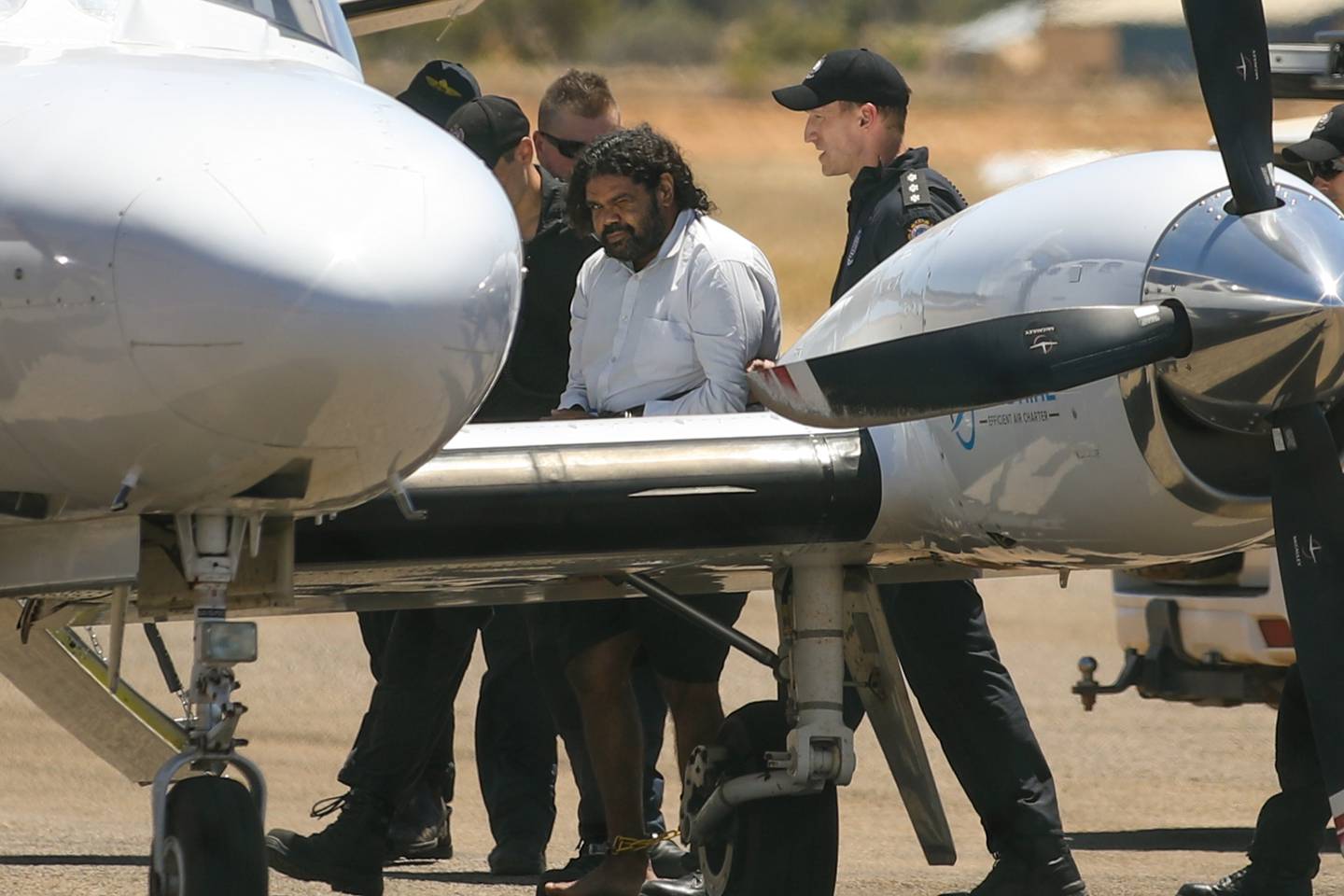 Terence Darrell Kelly boards a plane after being taken into custody by members of the Special Operations Group at Carnarvon airport. Photo / Getty Images

"So we put the phone data over number-plate recognition data, CCTV, witness accounts, forensics … and when you layer them on top of each other you solve crimes and that is merely what we have done here," he said.

Police have said they do not believe Cleo's abduction was planned.

Her disappearance sparked a massive land, air and sea search, and hit headlines around the world.

The case was cracked by a task-force of more than 100 and WA Police Commissioner Chris Dawson has praised all involved with immense pride.

WA Police Acting Commissioner Col Blanch told The West Australian it took "every piece of the puzzle" to find the little girl.