A Sydney cleaner who broke into the home of her 92-year-old client before brutally stabbing and beating her texted her husband moments after the attack saying she was "going to die".

Hanny Papanicolaou will spend the next 15 years behind bars after a NSW Supreme Court jury found her guilty of the murder of Marjorie Welsh.

The 38-year-old was working as Welsh's domestic cleaner for about a year before she "ferociously" broke into the elderly woman's home and beat her with her own walking sticks in a robbery gone wrong.

Moments after leaving Welsh to bleed to death on the floor of her home, Papanicolaou sent her husband a barrage of texts, including "Please, I'm going to die, I think it's better for me".

Another text read: "You'll never believe me anymore, please please. You will never you will not believe me forever. Better I die. Please take care of the kids, I'm sick with this life. Sorry, deep of my heart."

Papanicolaou faced the NSW Supreme Court on Friday for sentencing after she stood trial over the charge of murder earlier this year. She argued she suffered an abnormality of the mind that led to a blackout during the bloody attack inside Welsh's Ashbury home in January 2019.

She previously pleaded guilty to the lesser charge of manslaughter.

After just five hours of deliberation, the jury rejected Papanicolaou's version of events and returned a guilty verdict.

In his remarks, Supreme Court Justice Robertson Wright described the murder as "ferocious" and "great human tragedy" for Welsh's family.

In a crime that shocked Sydney, Welsh was found lying face down in a pool of blood with stab wounds to her abdomen and pieces of crockery in her skull.

The court was told how Papanicolaou had been working as the 92-year-old's house cleaner for about a year after she moved to the Ashbury home.

"Welsh was very social and enjoyed going out for dinner, she and her daughter would often have meals together," Justice Wright told the court.

Justice Wright told the court how Welsh and Papanicolaou came to have "a close relationship", and the 92-year-old revealed she had sold her previous property for $8m, to the cleaner' shock.

The court was told Papanicolaou was an "irregular gambler" and would spend hundreds of dollars at a time playing poker machines at RSL clubs. 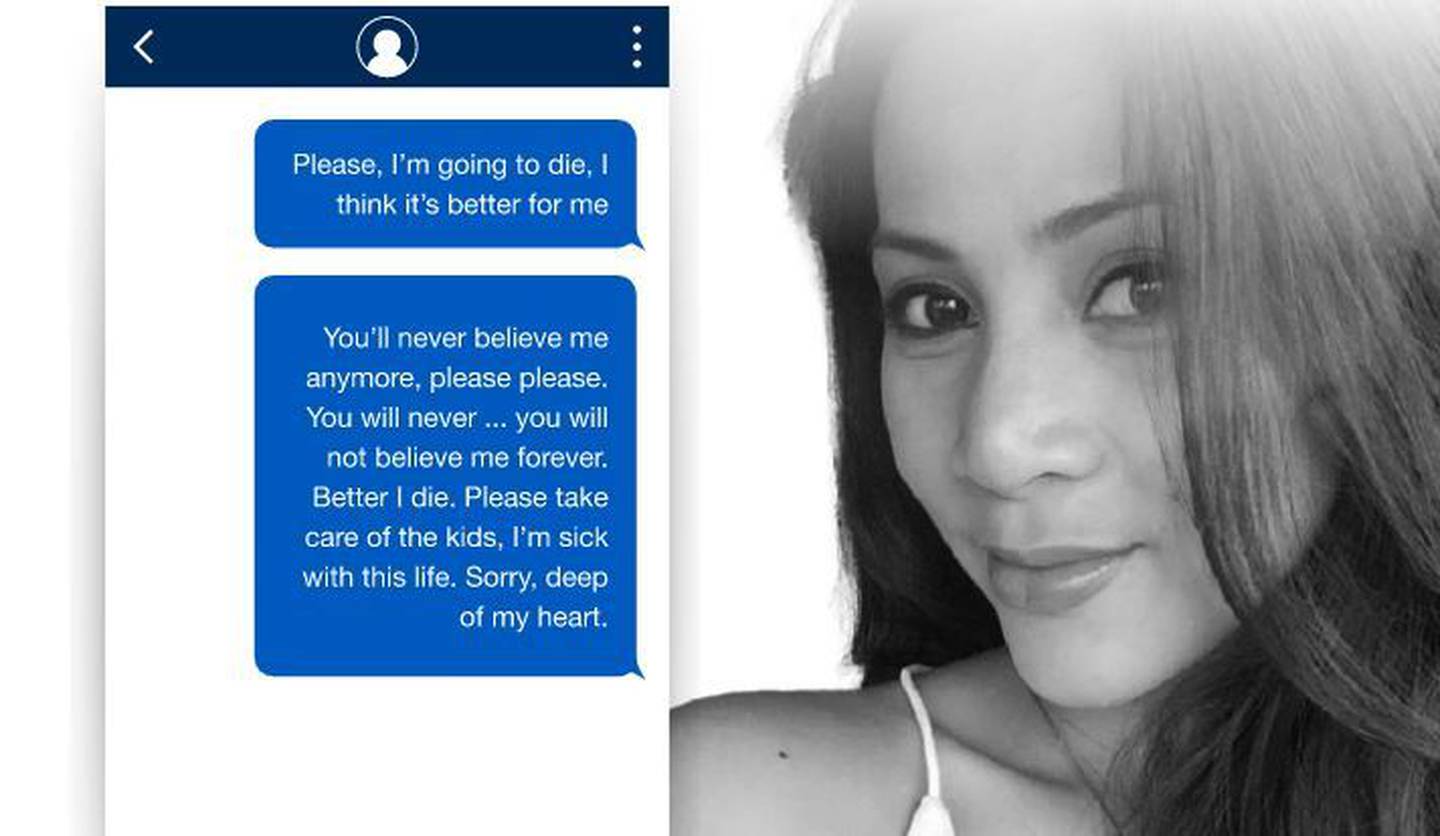 On the morning of January 2, the 38-year-old was left with just a few dollars in her bank account having spent just 15 minutes losing $430 on the pokies at the Canterbury-Hurlstone Park RSL.

"Around 10.06am, she left the club, went to her car and drove the short distance to the park behind Welsh's house," Justice Wright told the court.

"After parking, Papanicolaou crossed the park and climbed over the back fence of Welsh's property and into the backyard."

Welsh was shocked to find the mother of two inside her home before she was attacked with her own walking sticks and ceramic pottery.

"The offender also hit Welsh in the head, face, chest and arm with decorative ceramic bowls or plates which had been on display on shelves in Welsh's kitchen," Justice Wrote said.

"Papanicolaou also stabbed Welsh in the lower chest and abdomen about six times with a knife taken from the cutlery drawer in the kitchen during part of the attack."

Welsh managed to activate a medical alert necklace and raise the alarm despite Papanicolaou turning the power off and unplugging the alarm system before bolting back to her car.

Neighbours and emergency services rushed to the 92-year-old's aid, and she was taken to hospital where she underwent emergency surgery.

The court was told Papanicolaou disposed of the cordless telephone, her shirt and the bloodied knife in a public bin at Canterbury.

Welsh died six weeks later in hospital but not before giving two detailed police interviews where she named her attacker as "Hanny the cleaner". 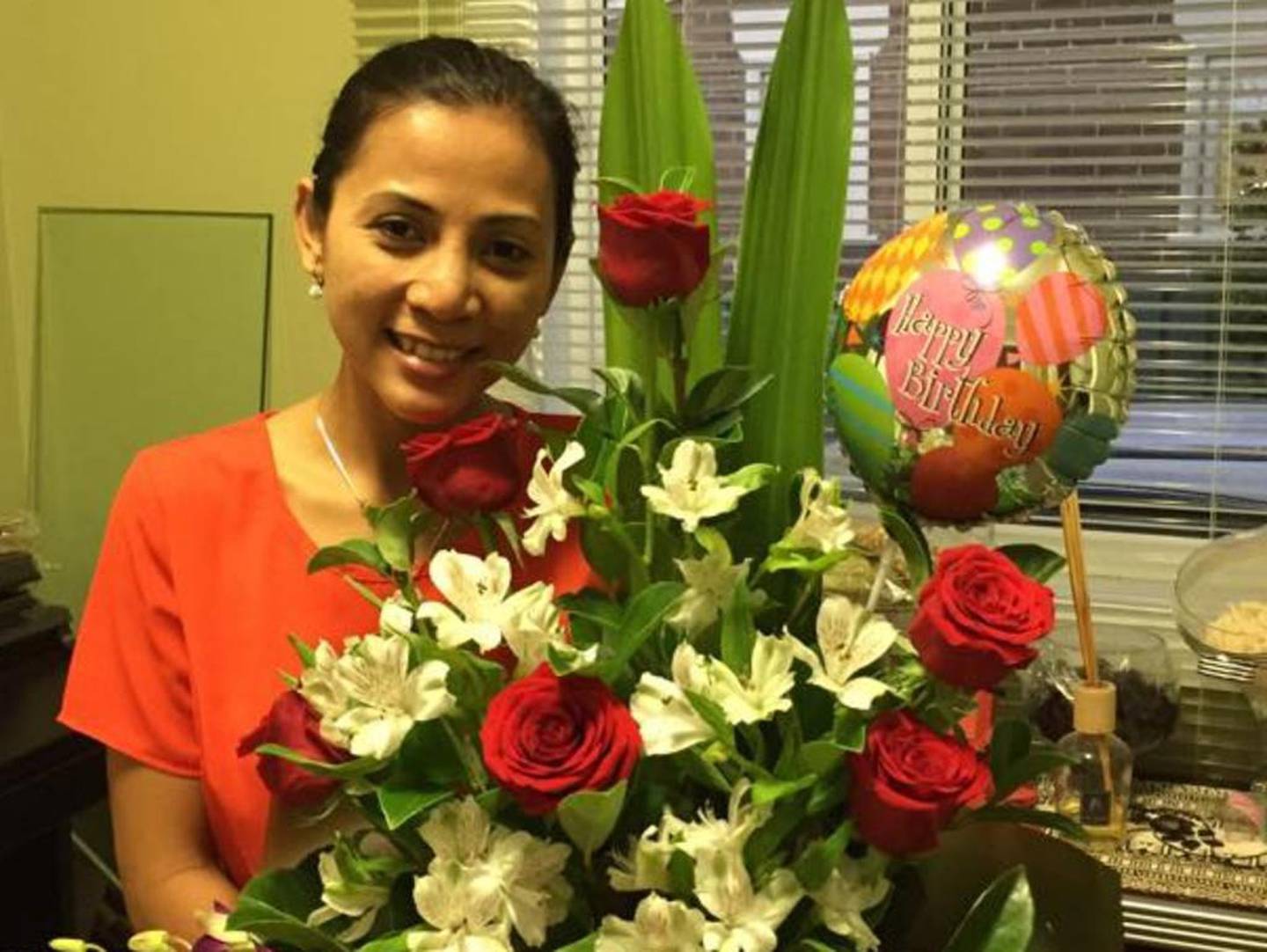 Papanicolaou had pleaded guilty to the lesser charge of manslaughter. Photo / Supplied

Justice Wright said the murder was "unplanned and impulsive" and Papanicolaou went into the home with the "intention of stealing from" Welsh.

He told the court Papanicolaou did not seek to "excuse her actions" and expressed her remorse during the trial.

During the trial, when asked why she attacked Welsh, Papanicolaou said: "I don't know, every day I asking myself.

Justice Wright told the court Papanicolaou also expressed her remorse in an affidavit, where she described Welsh as a "beautiful lady" who was always "very nice" to her.

The court was told how the attack had caused "grief, extensive harm and distress" to Welsh's daughters and their families.

"She was a talented, creative woman who had achieved much and given much to others, she enjoyed life and had much to live for," Justice Wright told the court.

"The death of Welsh was a human and personal tragedy and should not be treated only as a subject of a criminal trial.

"Her unnecessary death in such distressing circumstances has caused grief and sorrow for her family and all others involved."

Papanicolaou was sentenced to a term of imprisonment for 22 years with a non-parole period of 15 years, starting at her arrest on January 2, 2019.

She will be eligible for parole on January 1, 2034, with her parole to expire seven years later in 2041.